Neal Milner: In Preparing For A Pandemic, The US Was A Failed State - Honolulu Civil Beat

Neal Milner: In Preparing For A Pandemic, The US Was A Failed State

A new book shows that when COVID-19 hit, no one agency had the know-how and authority to coordinate a response. 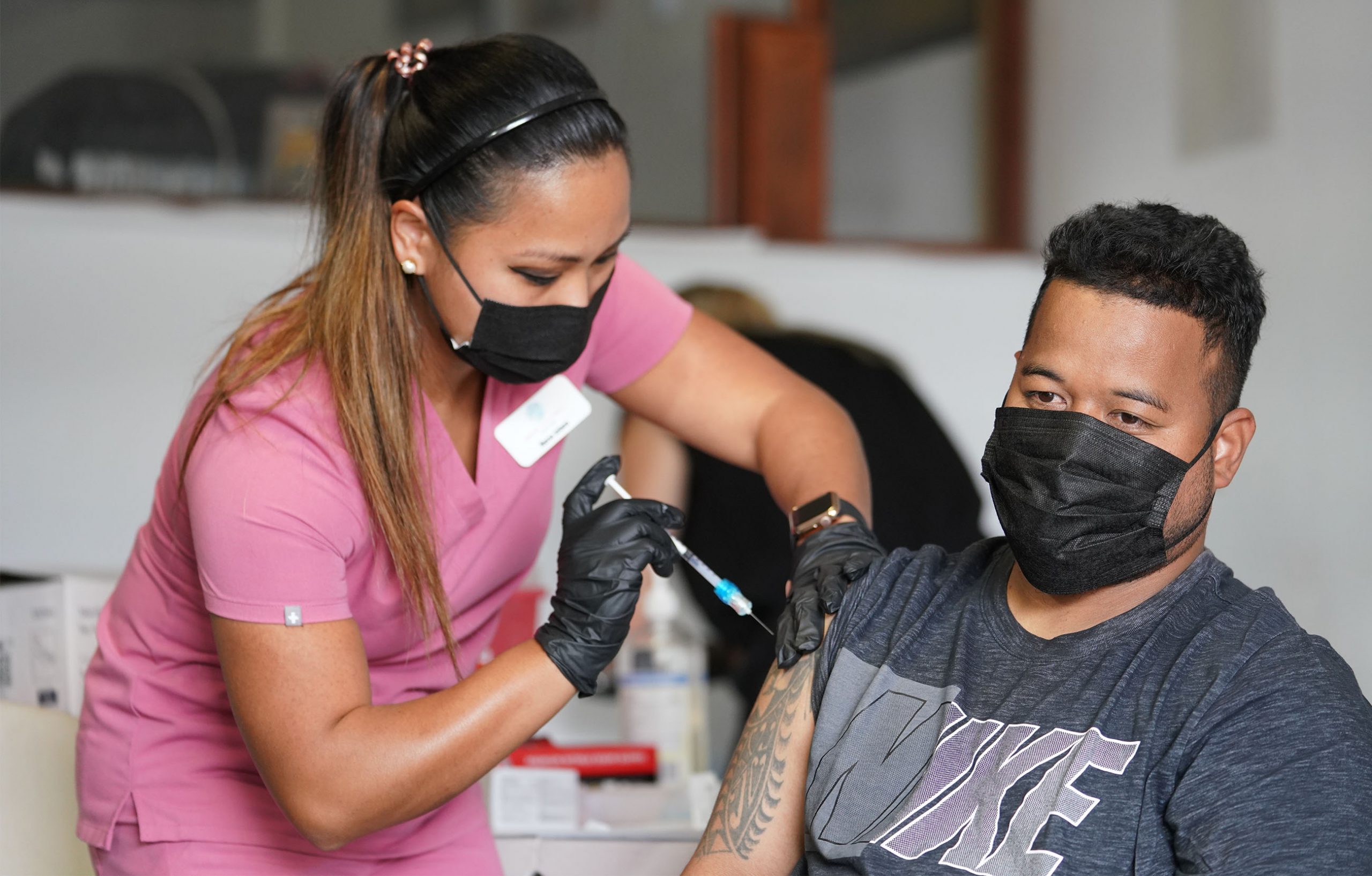 Our most lasting experiences and lessons about COVID-19 will come from stories we tell.

Melissa Fay Greene says in her article about COVID memories, “How we tell these stories can transform how we move forward from hard times.”

In his new book, “Premonition: A Pandemic Story,” Michael Lewis lays out the U.S. COVID-19 response as a series of stories put together from the bottom up and featuring a handful of people you’ve never heard of.

There are already tons of COVID stories. There will be tons more. Through all of this, the ones in “Premonition” should stick. It will be a shame if they don’t.

The main characters are Dr. Charity Dean, the young local health officer for Santa Barbara and later a California state public health official; Richard Hatchett and Carter Mecher, both of whom are very unconventional physicians and researchers, and Joe DeRisi, a molecular biologist and disease-modeling phenom at University of California, San Francisco School of Medicine.

Here are lessons I will carry with me after reading the book.

First, when it comes to handling the pandemic, the U.S. is a state that failed long ago.

Only two COVID-19 successes stand out. They are both huge but don’t mitigate the overall failure of the public health system.

One, of course, is the vaccines and the speed with which they were developed. The other was the courage, dedication and amazing set of improvisational skills shown by first responders and health care workers.

A full-on national pandemic response plan was actually around — somewhere. A good one had been written and funded in less than a couple of weeks after then-President George W. Bush read a book about the 1918 Spanish Flu epidemic and got so frightened and angry that the U.S. basically had nothing, that he brought a group together and mobilized things in what would be a political nanosecond.

But a plan is not a system. The U.S. has no health care system to make it work even if the government had tried.

Instead of a system, we have, as Charity Dean described it, 5,000 dots, each representing a state or local health officer, serving at the will of an elected official.

Don’t try to put lipstick on this pig by calling that “federalism.”

Formally, local health offices have wide authority to take action in a health crisis, but in practice they have neither the clout nor the resources.

That’s not, however, what those at the top think. According to Dr. Dean, “Anyone at the federal level is so removed from the shitstorm that is the CDC (Centers for Disease Control and Prevention) that they have no clue. They just wanted to believe that the CDC, or the state, could just make local health officials do what they wanted them to do.”

Given that there was no health care system, much of the COVID-19 fighting was done by incredibly smart, little-known scientists, health workers well down the organizational charts and informal groups of scientists and rogue lower-level health officials working in stealth to keep it from their bosses.

From an organizational chart standpoint this looks like chaos and insubordination. From a get-real-it’s-our-health-care-system perspective, it was the only way to make a decent response possible.

The second lesson is that there was no one to manage any kind of national crisis like this.

Sure, Donald Trump was a disaster. But the problem is broader. There is no one, no agency in charge of putting together a national response, nothing even remotely like an epidemic equivalent of the Federal Emergency Management Agency.

But, as Lewis demonstrates, if you think that the U.S.’s inept response was the work of one man with the support of one political party, you are an incurable optimist.

The CDC helped but in many ways was an impediment. Medical disaster management is not in their brief.

How do we get both public officials and, for that matter, ourselves to think in terms of probabilities, risks, and predicting trouble even when, on the surface, trouble seems so far away?

The question is not whether that agency did well or badly. The question is why we expected an agency established with a very different mission to be the crisis manager.

The heart of CDC work requires deliberation, careful research and monitoring. A pandemic requires rapid mobilization and some best guesses. Big, big difference, and the heart of the troubles health workers have with the CDC.

The CDC can drive local health officers nuts. Long before the pandemic, Charity Dean had quit sending anything to or asking anything of the CDC because it was unreliable, condescending, and all-in-all inept.

This carried over to the COVID response. “The CDC kept saying the response would be data-driven, but they weren’t getting any data,” one health worker said. “And any data they got was going to be a lagging indicator. They were calling the shots, and we needed someone else to call the shots.”

While the CDC was still in the process of deciding whether the COVID-19 peril was real, Dean more or less furtively got on a conference call with some CDC officials and asked what Lewis calls a rude question: “How can you keep saying that Americans are at low risk from the virus if you aren’t even testing for the virus?”

The answer she got? Silence, then a quick move to another topic.

It may be hard to get the stars out of your eyes when you think about the CDC, especially because they do some important things so well and because a lot of the partisan carping about the organization was beside the point.

The few people who were well ahead of the pandemic response curve, none of whom are likely to be known to the general public, had gotten rid of their eye stars long before COVID.

To them, the CDC had many great people, but, as Carter Mecher put it, it was “a peacetime institution in a wartime environment. CDC was good at figuring out what had happened, but its people didn’t have the clairvoyance, aptitude, or even interest that was needed when the COVID pandemic began.”

In a sense, then, the CDC was a perp but also a victim because it was asked to fill a vacuum far deeper than it had the capacity to handle.

Any port in a storm? Well, then good luck, The Port of CDC.

Going forward, what should we take out of “Premonition”?

One thing is to understand just how hard it is to coordinate a pandemic response, given how decentralized the epidemiology delivery “system” is.

If some national plan comes down the pike without those considerations, take it with a grain of salt. It’s optics rather than solutions.

The other is, in its own way, even more complicated. How do we get both public officials and, for that matter, ourselves to think in terms of probabilities, risks, and predicting trouble even when, on the surface, trouble seems so far away?

Finally, we need to quit our obsession with national politics and realize how much of our lives is impacted by the workers on the ground in our own places. Think about our own COVID-19 experiences in Hawaii. 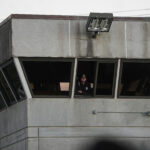 Denby Fawcett: If You Want To Work In A Prison, Get Vaccinated

Yes, we need "medical disaster management". But"Get-real-its-our-health-care-system".  (Yes, other universal healthcare systems were overwhelmed, but the USA is not the only country to make a crisis worse with politically warped decision making.)     If you want "medical disaster management", where would you go to find those most trained, practiced, organized and committed to curbing such crises...to prepare for the next one.  (After H1N1, MERS, Covid, etc, who thinks there won't be a "next one"?) If we want to put ourselves in the strongest position to fight the next one, I put my money on a universal Medicare-for-All healthcare system.  Hawaii is in the enviable position to have A.Q.McElrath give us the ability---enshrined in state law---to create a Medicare-for-All healthcare system for Hawaii.  With a Medicare-for-All system for all Hawaii residents (like Senior Citizens' Medicare, but given to everyone) Hawaii could take giant steps towards an organized, coordinated  containment of the next crisis.   Some other countries did so successfully---Hawaii could decide to attack the problem head on also.  Or not. Keeping on muddling through seems easier...until the crisis slams us.

It is absolute nonsense that President Trump was a disaster. Trump singlehandedly started warp speed to develop vaccines and it was incompetent Fauci that said a vaccine would take five years to develop. President Trump banned flights from China early on mitigating the spread. The institutions failed, NHI and CDC be a they did not have an effective plan for a pandemic. Institutional corruption and incompetence are rampant all across the government and the evidence is a tsunami too long to enumerate here.

Great article! Thanks, Neil. I've liked everything Michael Lewis has written and especially those books, like The Big Short, that reveal the problems within the nation's institution's.We're fortunate to have so many brave and dedicated individuals around the country, like Dr. Helen Chu and Dr. Jay Shendure of the Seattle Flu Study, which first identified COVID infections in Seattle residents and defied the FTA and CDC by notifying the physicians that their patients were infected with the virus so they could begin treatment as soon as possible. They also notified news media.The CDC and FTA seemed more concerned about turf battles and exerting their regulatory authority than in addressing the pandemic. We do need a federal plan that coordinates the response, so that states like Florida, Texas and others do not ignore the science and act in a manner that runs against best practices in public health. But the feds should be enablers of those at the state, county and municipal level who are doing their best to deliver treatment and stop the spread of the virus.