RIP Marsha Rose Joyner: One of Hawaii’s Most Formidable Activists Has Passed

Marsha Rose Joyner was a predominant voice on issues from women's rights and the legalization of cannabis to honoring Martin Luther King Jr. in Hawaii. 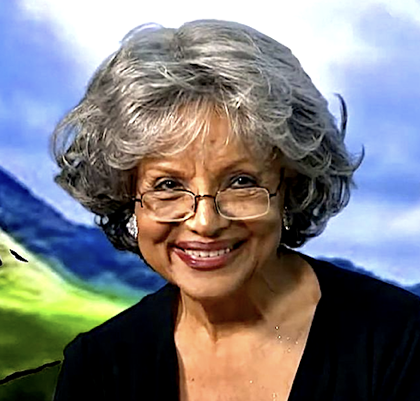 Dylan Armstrong is a recovering biologist who put himself through college and works as a private-sector urban planner. When Armstrong isn't chasing a buck, he explores Hawaii from mountaintop to the sea. He served for four years on Manoa Neighborhood Board but has lived all across Oahu.

Buttoned-down and with my head low over my Capitol desk, I monitored the House Finance committee on behalf of the legislator I worked for.

A spectator from the rows of public attendees caught my eye. Sandwiched between the army of lobbyists in aloha-business dress and some concerned citizens in T-shirts, there was a small, elderly woman with flowing silver hair, dressed in vibrant colors. Her large, rose-tinted sunglasses covered half her face.

“That’s Marsha Rose Joyner,” my boss said — matter-of-factly because Marsha was a fact of nature in the big square building. I’d grow to know her over the next months of the 2014 legislative session. She was attached to numerous progressive causes, from women’s rights, death with dignity, Native Hawaiian advocacy, the environment, especially the legalization of cannabis and the special session for marriage equality in 2013.

She was a reliable testifier and watchful advocate in committee hearings and floor sessions.

She became a similarly constant figure in my life, as a mentor and a friend. Last month, Marsha Rose passed away after an ordeal of terminal illness. She was 82 years old.

A child of the East, daughter of an Army man, a child born during the Depression, Marsha lived history. Then known as Marsha Rose Hood, she spent part of her youth in Hawaii, as well as Guam and Saipan.

She was one of five young black women who first integrated Western Senior High School in Baltimore in 1954. My generation can scarcely imagine how far people like Marsha have brought our nation.

Marsha came to Hawaii with her husband Kenneth Joyner, and they built a life here, particularly in East Honolulu. They were blessed with generations of descendants through their daughter and three sons. Like many public figures, Marsha was intensely private about her personal life, keeping the two aspects strictly separate.

As a voice for the people left behind in modern America, Marsha was anything but reserved. And her husky speaking voice could engross you when she had something to say.

Politics can be sour and difficult, even here. In Hawaii, it is common for the wrong word, the wrong support in a campaign, to earn you a grudge that never seems to heal. Marsha was always gracious and sweet to people, even her biggest political opponents.

It would be easy to stereotype Marsha as meek or over-accommodating, but it wouldn’t be true. Marsha was practical and determined. She knew that change takes a lot of work.

Marsha was of the generation born before the Baby Boom but after the G.I. Generation. Like several mentors of mine, including the deceased professor and activist George Simson, and President Joe Biden for that matter, their generation learned to weigh the important against the trivial by living through history.

I’ve seen Marsha engage with and befriend people who killed bills that were dear to her heart. She understood that persuasion is way more effective at getting to a legislator than anger or fear. I assure you, she never forgot those who chose the wrong side of history. But she didn’t hold petty grudges.

Before the pandemic, my favorite civic event during the whole year was probably the Martin Luther King Jr. parade. Through both the Inter-Faith Alliance and Democratic Party of Hawaii, Marsha made sure to promote both. Notably, she served as the president of the Dr. Martin Luther King Coalition-Hawaii.

I can’t do justice to all the events of Marsha’s life. The compulsion grew in me to share things that made Marsha an exceptional figure in Hawaii and why we need people like her.

Marsha was not afraid to be different, in a culture that rewards blending in and shedding individuality with all its messy quirkiness.

Marsha was empowering. Most of the leaders of civic organizations like the Democratic Party of Hawaii have left the scene, without any mentees born after 1980 to be found. It is intimidating and difficult for young people to cut their teeth on policy and campaigns without a seasoned guide. Marsha always encouraged new people who were involved.

The seriousness in testifying, the exuberance in rallying, the tedium of nonprofit and committee work were all her bread and butter. She was humble and experienced enough to be patient.

Her love for people of all different backgrounds and identities set Marsha apart. She shared her knowledge and friendship freely with people who were open-hearted. A committed liberal Democrat, like many of my favorite progressive friends, Marsha understood that individual differences extended to those who identify as Republican or conservative — she was close with a good number of each.

Marsha also appreciated that a vote is a vote for a controversial bill, regardless of a legislator’s party affiliation.

She took her love of conversation onto ThinkTech TV more recently, with shows aimed at building public discourse, which we dearly need to foster in Hawaii and part of why Civil Beat was created 10 years ago.

She worked for 27 years as a producer for the Hawaiian National Communications Corp. Generosity of spirit, especially in elderhood, is deeply needed now. Our nation hungers for leadership and direction.

Marsha gave of herself personally and in civic affairs. Although she was discerning about the best use of her time, she was never “above it all,” living a civic life of faith in our ability to make change.

Like many leaders before her who have gone, Marsha has left large shoes for her community to fill. I hope that we all can take stock of the gifts that people like Marsha leave with us. 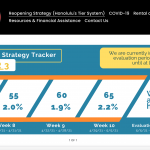 Dylan Armstrong is a recovering biologist who put himself through college and works as a private-sector urban planner. When Armstrong isn't chasing a buck, he explores Hawaii from mountaintop to the sea. He served for four years on Manoa Neighborhood Board but has lived all across Oahu.

Some mention of her embezzlement conviction in 2004 is warranted. How did someone with all these achievements steal from a condo whose residents were mostly elderly people?   People are complicated. Acknowledging  failings is necessary especially when it is uncomfortable.As a newspaper story reported at the time: "But current association President Carroll Henry, who purchased a condo at Kon Tiki about five years ago while Joyner was president, said she thwarted all efforts he made to obtain the association's financial records and showed him a side of her not seen by the community."