For close to 30 years, residents of the Hansen's disease colony on Molokai had a stamp club that amassed a huge number of postal stamps. 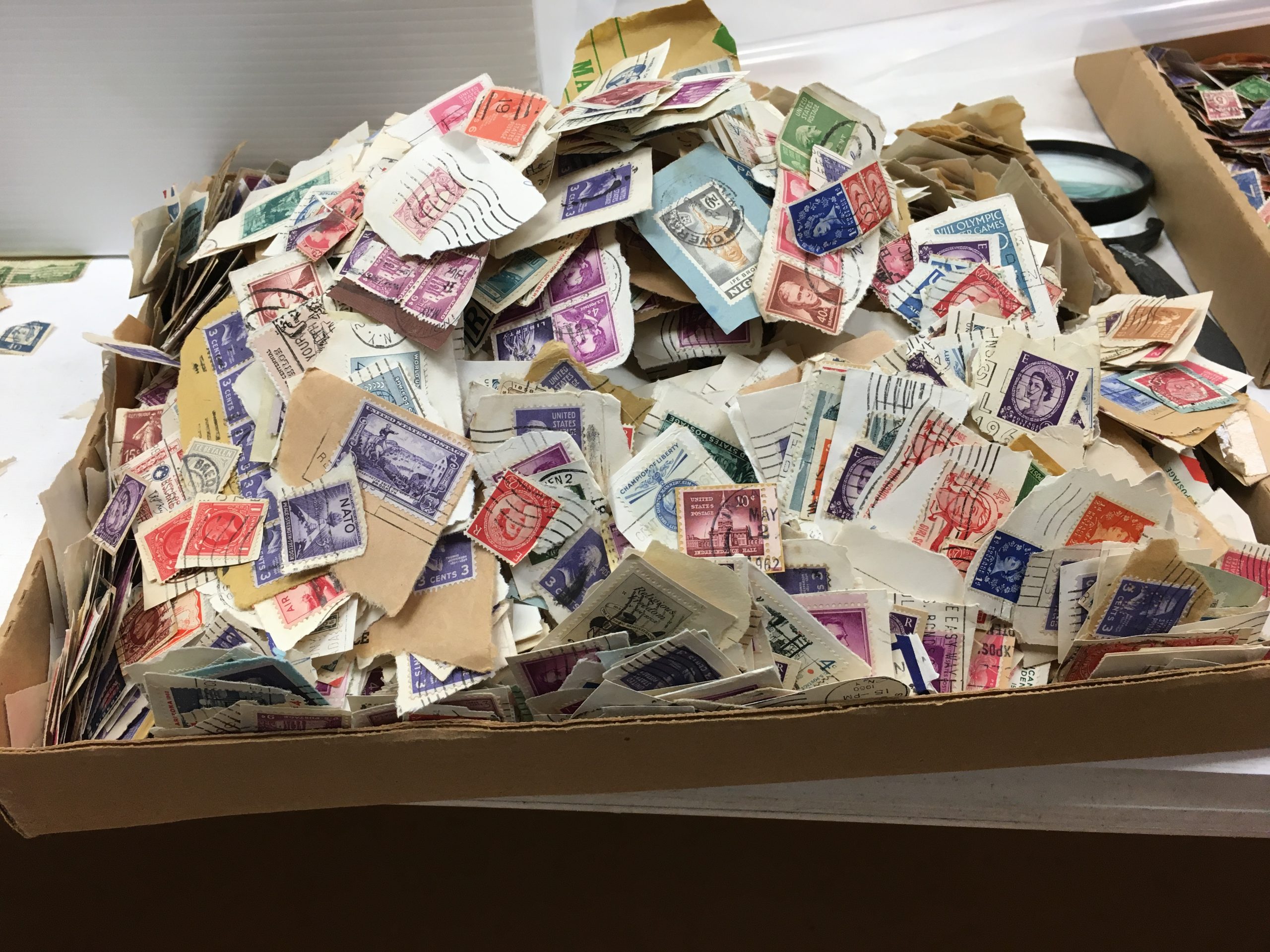 Editor’s note: Lee Cataluna will be taking time to work on some theater projects. Her column will return in August.

The intriguing request came from the National Park Service. There was a huge collection of postal stamps in Kalaupapa from a long-ago stamp club formed by the residents. The agency needed help in assessing what was there and what to do with it.

The Hawaiian Philatelic Society, a 110-year-old organization of very serious stamp collectors, was happy to help.

Ben Gale, a board member of the Hawaiian Philatelic Society, made an initial trip to Kalaupapa on the island of Molokai in the fall of 2019 to get a sense of the scope of work.

“When I got there, it was mounds of loose stamps,” Gale said. Hundreds of thousands of stamps. Quite possibly a million. There were stamps from countries around the world. All had been carefully kept in a climate-controlled archive built by NPS in Kalaupapa to preserve pieces of the area’s history.

The isolated peninsula was where people with Hansen’s disease, also known as leprosy, were forced into exile in an attempt to control the spread of the dreaded illness that had no known cure. The isolation law took effect in 1866. A cure for Hansen’s disease became available in 1946, but the forced quarantine of Hansen’s disease patients in Hawaii wasn’t abolished until 1969.

The Kalaupapa community had many clubs and organizations over the years, including choirs, an acting troupe and sports teams, but little was known about the Kalaupapa Stamp Club except for those mounds and mounds of stamps from all over the world, a symbolic connection between the isolated community and other people across the globe.

Gale, who retired in Hawaii after 24 years in the California National Guard, assembled a group of HPS members to travel to Kalaupapa in December 2019 to sort through all those stamps. The five Oahu men volunteered their time, paid their own airfare and brought their own food supplies for the four-day visit. They stayed in an old wooden building that used to be the nurses’ quarters; three men in one room, two in the other, all five sharing a bathroom. They each took a turn at making dinner.

“I have traveled quite a bit, but it’s probably going to sit up there as the trip of a lifetime,” Gale said.

They spent hours sorting stamps. Many had been cut off the original envelope, soaked in water to loosen the glue, separated from the paper, then dried and pressed. Because of that process, there was no way to know where the letter came from, its destination or what the content of the envelope might have been.

The HPA members determined that most of the stamps were post-WWII, which, in terms of serious stamp collecting made them fairly common stamps. Very few of the stamps had been put into any sort of album. This was an indication that the Kalaupapa Stamp Club was more of a social activity as opposed to a philatelic group focused on things like rarity, provenance and monetary value.

“In my mind, the club members would be sitting together, working together, talking and singing,” Gale said. “Maybe not for philatelic reasons, but it was important to them.”

There wasn’t any written record of who the club officers or members were, nor any minutes of meetings or bylaws, though the National Park Service archive had minutes and records for other clubs that existed in Kalaupapa.

A search on newspapers.com revealed some of the club’s history. Formed on July 26, 1950, at the encouragement of visiting physician Dr. Robert C.H. Lee, himself a philatelist, the Kalaupapa Stamp Club was intended as a form of occupational therapy for the Hansen’s disease patients. A line in a story about the club in the Aug. 19, 1951, edition of the Honolulu Advertiser reads:

“…with patients who require long convalescence, as those afflicted with Hansen’s disease, an attempt is made to interest them in some type of activity, which is often more important than medicine.”

Many of the stamps were likely donated to the Kalaupapa club from people around the country. One supporter in particular, Arthur Marks, who lived at the Ambassador Apartments in Waikiki, took it upon himself to write letters to every newspaper and prominent name he could think of asking people to donate stamps to Kalaupapa.

Marks wrote to President Dwight D. Eisenhower, who he said sent stamps to Molokai. He wrote to former Soviet leader Nikita Krushchev, who didn’t respond. At one point, Marks said in an article in the Oregon Statesman Journal, the folks at Kalaupapa asked him to slow down his campaign because they were being inundated with stamps.

Sometime in the 1970s, the Kalaupapa Stamp Club came to an end. People continued to live there, and the Kalaupapa National Historic Park was established by Congress in 1980. The National Park Service intends to preserve the cultural and physical settings of the Hansen’s disease colony at Kalaupapa, including the stamp collection, which could someday be part of a museum that tells the story of life in the community.

The initial concept was to put all the stamps into albums, but the HPS members didn’t think a museum visitor would want to turn through pages in a book. “Who would look at a thousand copies of 2-cent Jefferson stamps in an album? That’s even boring to me, and I love stamps,” Gale said.

Instead, the HPS suggested finding a way to display the vast number of stamps to visually show the enthusiasm surrounding the club and the support they got from around the world.

The COVID-19 pandemic has sidelined the project for the last year, but the HPS members left the door open to go back to help if needed.

“To a person, we all still talk about the experience,” Gale said. None of the stamps had any great philatelic value, but the collection as a whole, offerings to an isolated community from strangers who sent their stamps and their best intentions, felt like it had value beyond measure. 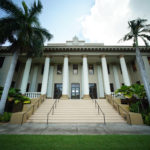 Yes, this is a good article of how Kalaupapa was being acknowledged from afar !Oh ! Lee, if you guys need actors, my mada said I was da best ! HA !

Kalaupapa is such a unique part of Hawaii's history, and those of us who were able to visit, when many of the residents were still alive, will never forget it. Yes, of course there were sad stories, but there was also a lively community of characters and no shortage of social fun. The State Foundation for Culture and the Arts should fund an artist to make a wall piece of all the stamps that could be displayed in the museum.

Thanks for the good and informative article Lee. But I have to ask, why this?"A cure for Hansenâs disease became available in 1946, but the forced quarantine of Hansenâs disease patients in Hawaii wasnât abolished until 1969."