Peter Apo: How Should We Define Hawaiian In The 21st Century? - Honolulu Civil Beat

From bloodline to living aloha, there are many ways for one to be Hawaiian. 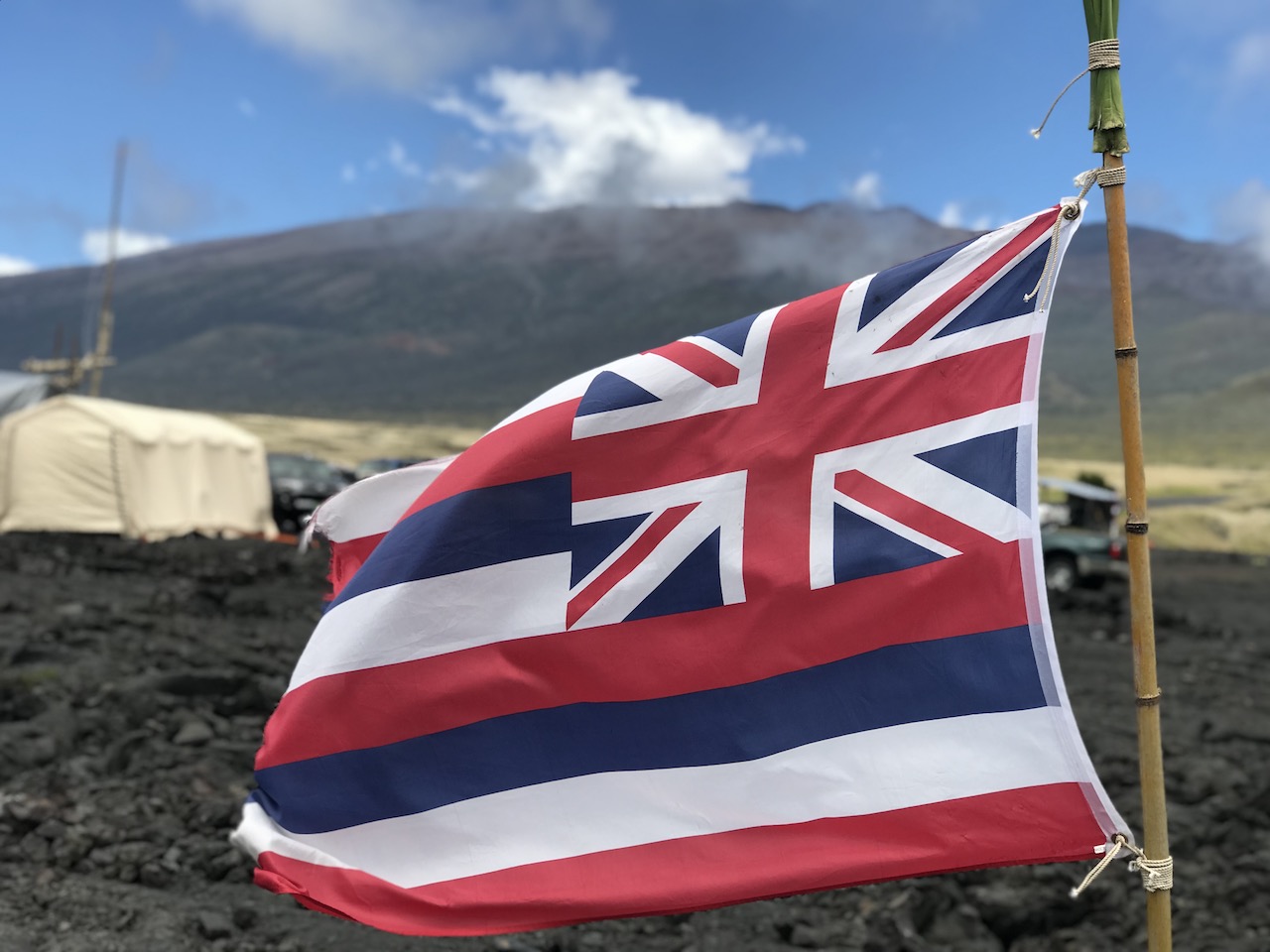 The Canadian Astronomical Society, a major partner of the Thirty Meter Telescope’s international partners, recently announced that they cannot support moving forward without the consent of the Native Hawaiian community.

They defined the Native Hawaiian community by referencing and invoking the United Nations declaration on native and Indigenous peoples as those who genetically share a common bloodline of ancestral descent.

Had they studied the Hawaii experience more closely they would have found that defining what and who constitutes a Hawaiian or the Hawaiian community is far more complicated than genealogical ancestry.

While Native Hawaiians — those with the blood lineage — constitute a fundamental segment of the Hawaiian community, there are other important defining criteria to consider when attempting to validate what and who is considered to be Hawaiian which may not include bloodline.

Setting aside the politics of the TMT, how does one define Hawaiian in the 21st century?

What does it mean to be Hawaiian? First, Hawaiian is not a Hawaiian word. It’s an English word. The word emerged from the days following the forging of the Kingdom of Hawaii by Kamehameha I and Hawaii ascended the pantheon of Pacific nations as a sovereign nation.

However, with respect to the word Hawaiian, over the years as succeeding generations of Hawaii’s multi-ethnic population became mainstream, the word Hawaiian, by common usage, evolved to mean people of Hawaiian ancestry. Even though the Merriam-Webster dictionary defines Hawaiian as “a native or resident” of Hawaii, it’s safe to say for most people in Hawaii the word Hawaiian means native. By the way, for the record, the Hawaiian language term for Native Hawaiian is Kanaka Maoli.

There is an important consideration given to being a Native Hawaiian by ancestry. Hawaiians by bloodline are divided into two categories of beneficiaries who qualify for federal- and state-managed programs and benefits.

To qualify one needs to prove 50% blood quantum. Interestingly, the Homestead Act officially identifies this category of beneficiaries as native Hawaiian, spelled with a small “n.” The small “n” spelling of the Homestead Act is repeated in the Hawaii State Admissions Act and repeated again in the Hawaii State Constitution. So the term spelled with the small “n” has become a spelling-based congressionally-defined legal term.

The second beneficiary grouping, which includes those of any blood quantum, is identified with a capital “N” as in Native Hawaiian. These beneficiaries qualify for over 200 federally generated entitlement programs that cover education, health care, jobs and other services.

The capital “N” was employed in a 1980 amendment to the Hawaii State Constitution creating the Office of Hawaiian Affairs as a matter of clarification, identifying the existence of two beneficiary categories —  native Hawaiian and Native Hawaiian — entitled to OHA programs and services.

This is a most interesting category. As the years rolled by from kingdom to republic to U.S. territory to 50th state, Native Hawaiians who were notoriously colorblind freely engaged in interracial marriages that included Caucasian, Chinese, Japanese, Portuguese, Filipino and others.

So, the “look” of what constituted a Hawaiian dramatically shifted from readily identifiable to anybody’s guess. These are Hawaiians who actually meet the ancestral lineage criteria as Native – but often offer no clue by what they look like of having any trace of ethnic Hawaiian.

Defining who and what a Hawaiian is, outside of the bloodline requirement, can be a frustrating challenge especially when one attempts to determine the degree of a person’s claim to being Hawaiian. If not Hawaiian by ancestry then how else?

Consider the ranks of highly respected scholars and cultural leaders ensconced in the Hawaiian community who don’t have the genealogical ancestry criteria. These would include people like pioneering language scholars Puakea Nogelmeier and Pila Wilson; Bishop Museum researcher Pat Bacon, adopted by Mary Kawena Pukui, who spent her life engaged in the body of research upon which Pukui built her incredible body of published works.

Sam ‘Ohu Gon III is a senior scientist and Hawaiian cultural adviser at The Nature Conservancy, a native speaker and practitioner of ceremony and chant, his kumu credentials earned under Kumu John Lake.

How can anyone say, and some do, that such people are not Hawaiian because they don’t have the koko (blood)?

This category of Hawaiian are those who simply and quietly live Hawaiian. People who are not Hawaiian by blood but who engage in Hawaiian programs, activities and cultural practices. Folks whose lifestyle is guided by a Hawaiian consciousness.

Most of these families are of multi-ethnic ancestry who call Hawaii home after several generations of residency. These transgenerational families live aloha and engage in a predominantly Hawaiian lifestyle as a matter of cultural choice. Every strata of Hawaii’s citizenry includes families like these.

Of all the ways of defining what it means to be Hawaiian, Native or otherwise, what’s most important is how we choose to define ourselves. In the end it’s not about what other people think, it’s about Hawaiian being a self-defining term.

It’s my belief that it is not for others to define you. You are who you believe you are.

But, regardless of where one stands in their sense of Hawaiianness with respect to bloodline, lifestyle, cultural credentials or what you look like – after all is said and done — the ultimate defining criteria is living aloha.

Aloha is a verb. Aloha is to live Hawaiian by taking responsibility for each other, for all living things, for our places, for ensuring a life of peace, dignity and hope for the people of Hawaii and the future of our children.

Someday we will resolve the unfinished business of addressing the illegal overthrow of the Hawaiian Kingdom and achieve a full measure of Hawaiian self-determination through some form of reconciliation with the United States. Until then Hawaii will never be whole and the long shadow of injustice will continue to haunt the Hawaii community.

I know not everyone will agree with my vision of a preferred future but I pray the day will come when every citizen who calls Hawaii home can proudly stand and declare – I am Hawaiian.

Hawaii Loa Ku Like Kakou. All Hawaii stand together. 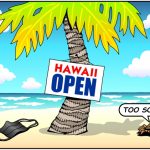 Will genetics help refine defining who is a Native Hawaiian better than blood quantum in determining who has a claim to political autonomy?Restitution is not unique when it can be determined that private property was as stolen as opposed to just unfortunately sold? Federal and state lands are not beyond consideration for either return, lease or purchase. You cannot reverse history but you can try to reverse injustice going forward.

It's nice to embrace the inclusiveness of our humanity. It provides a great vision for a paradise where ppl from all over the World can immigrate to and establish high ideals of living and co-existence that have not materialized from where they were originally born. To that end, Hawaii under Statehood serves that objective for newcomers. Before Statehood, is where the "friction" surfaces. I appreciate my local education exposing me to some of the legal and political regulations perpetrated in the U.S. and the critical thinking skills necessary to prevent any 'selective amnesia' in understanding and processing the history of the U.S.  - the good and the bad. I recall the "One Drop Rule" conceptualized to demarcate and label humans on American soil. By that descriptor, President Obama was the first Black U.S. President designated by the electorate and media and not merely a biracial student attending Punahou with my sister back in the 70s. So, now blood quorum is now proffered as an obsolete, inconvenient truth for that multitude of Kanaka Maoli (or whatever label you choose to claim) - assuming one still has "ownership" of the capacity to self-designate his or her own identity.

difficult subject peter, you are definitely enlightened. i love your vision