The state’s plan is a huge risk of taxpayer funds for a facility Hawaii doesn’t need anymore. 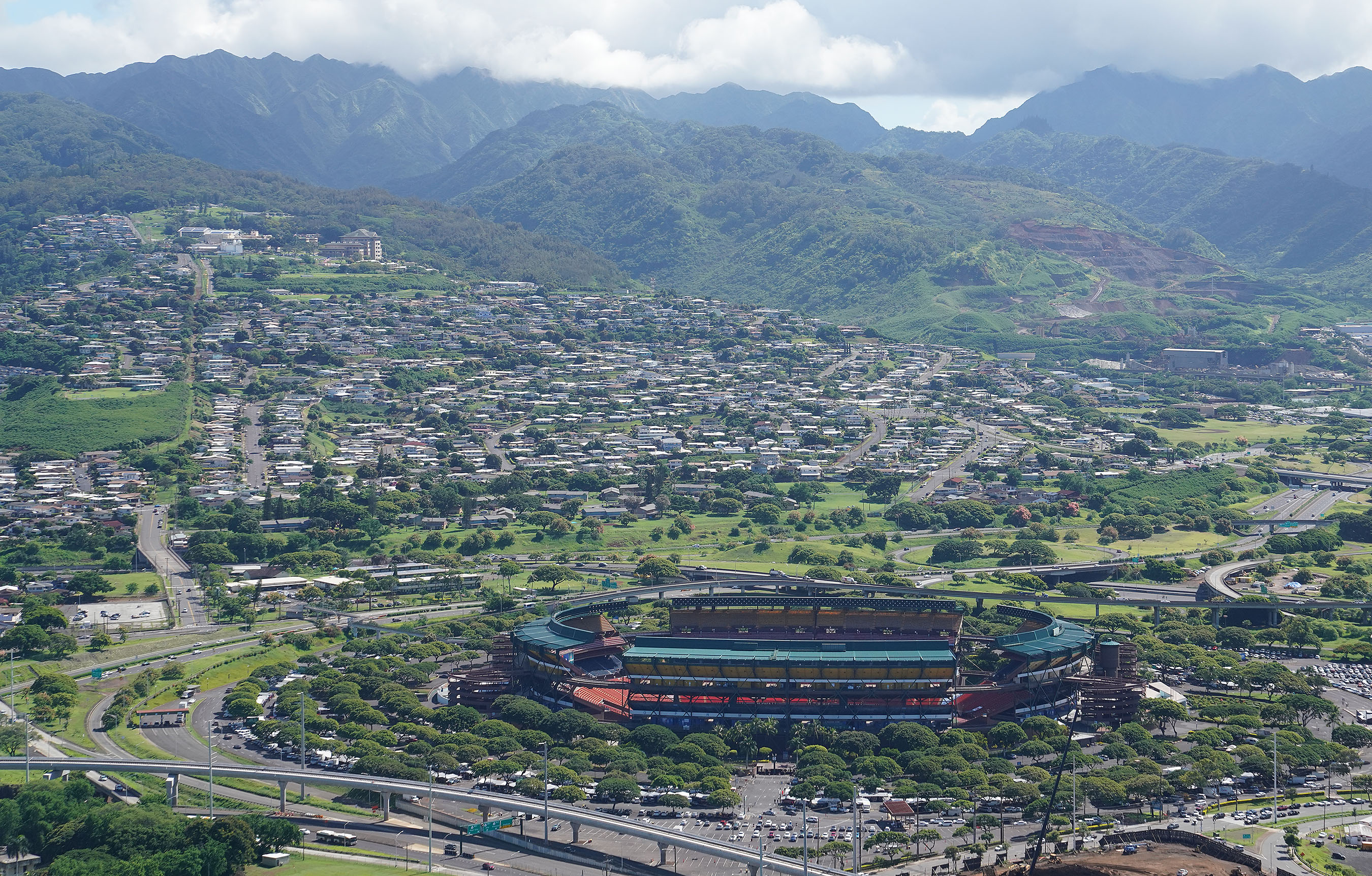 The first sporting event held at Aloha Stadium — on Sept. 13, 1975 — was a football game between the University of Hawaii and what was then called Texas A&I. More than 32,000 fans watched as the home team lost 43-9. Three seasons later UH played its first sold-out crowd, losing to USC 21-5.

While not necessarily a portent of things to come, it is accurate to say that the 50,000 capacity venue, built for more than $30 million, has had a pretty bumpy history over the past 46 years.

The troubled tenure includes four movable 7,000-seat sections that were intended to allow for configurations for baseball, soccer and concerts but which later proved too costly to maintain.

There was also the almost laughable concept of how the stadium was supposed to be resistant to rust. An initial layer of rust, described as a “protective patina,” did indeed develop as planned. But it was soon discovered that the “weathering steel” was, as reported, “sensitive to salt-laden air environments, which caused the protective patina to continue to corrode.”

Tens of millions of dollars have been spent on keeping the “Rust Bucket” in operation even as it continues to fall apart and attendance at UH games has dwindled dramatically.

Now there is legislation to build a new 30,000-seat stadium next to the existing stadium, funded by at least $170 million from general obligation bonds that come directly from taxpayer money.

But Gov. David Ige should veto House Bill 1348, even though he approved the bond authorization for the development two years ago and even though his own administration, a majority of state legislators and more than a half-dozen construction unions support the measure.

The cold reality is that Hawaii, one of the few states without a professional sports team, doesn’t need a large football stadium.

UH has already arranged to upgrade Clarence T.C. Ching Field at the Manoa campus to allow the Rainbow Warriors to play for the next three years. It will seat 9,000 spectators and, with zoning changes, could accommodate as many as 15,000. Given that in 2019 the Warriors sold between 12,000 and 13,000 season tickets, that sounds about right.

House Bill 1348 initially called for G.O. bonds totaling $350 million, which was the estimated cost of construction. But that figure is now $423 million and the hope is to subsidize the project by developing the property through a public-private partnership.

It sounds an awful lot like Honolulu rail, which is currently way over budget, way past planned completion and scrambling to find an alternative fix.

To do this, the Stadium Authority that administers the facility would be given new powers to control and lease land on the 98-acre Halawa site and call it the New Aloha Stadium Entertainment District, or NASED.

Public-private partnerships. State of the art facilities. A new government bureaucracy. Housing, jobs and development. All of it sold to the people by sunny-faced lawmakers. It sounds an awful lot like Honolulu rail, which is currently way over budget, way past planned completion and scrambling to find an alternative fix.

Aloha Stadium has been closed since December, thanks to COVID-19, and is now scheduled to be demolished next year. The pandemic has forced high schools to look for new venues for sports and graduations.

Aloha Stadium has been home to a lot of good memories, including the Colt Brennan-led Cinderella team of 2007, games featuring the Los Angeles Rams and Dallas Cowboys, athletic events with the likes of soccer legend Pele, a motorcycle event crash featuring Robbie Knievel, and concerts starring no less than Frank Sinatra, Stevie Wonder, Michael Jackson and local boy Bruno Mars.

It also hosted the Pro Bowl more than 30 times before the NFL — which was actually paid $4 million a year by the state to bring the gridiron giants to Honolulu — finally bailed on the crumbling arena in 2016.

As Civil Beat reported in April, national experts have cast doubt on how successful a new stadium would be in terms of generating revenue.

There is a very profitable operation at Aloha Stadium, which continues even today: the Swap Meet, an outdoor market with hundreds of vendors that has operated in the spacious parking lot since 1979. But it doesn’t need a stadium, and neither do we. 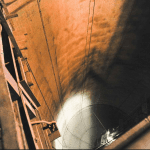 Government bonds should be used to buy things we NEED, not what we want.

Knock the stadium down, build affordable housing/retail/swap meet space where it was (but keep some of the parking and all of the trees).  Take a portion of the $ saved from not rebuilding to upgrade the football, baseball and other facilities at Manoa.  I think this approach would find widespread public support, but of course not corporate support from those hoping to be enriched by a rebuilt stadium and other self-serving developments.  The powers-that-be will make the wrong decision, as usual.

I remember back to when I was in High School.  Went to a game and because I wanted to smoke (yes...I was a very bad boy back then) headed up to the yellow sections to be less conspicuous.  Of course later on I realized that w/out others around me to get lost in the crowd with, anyone who looked would have seen me.  Anyway, I sat down w/ my saimin, soda, hot dog and popcorn to almost be able to see the game.  Put down the seat in front of me to place my jacket on and saw...all the way down to the ground floor.  Rust had corroded all the way through and made one big puka right under where someone who sat there would put their feet.  Started to look around me and then realized, "Oooohhh...no wonder this area was taped off."I support another stadium being built.  We need a venue like that for teams from here and outside to want to want to come to.