But Hawaii Gov. David Ige says he likely will veto Senate Bill 811 because it's unnecessary and could violate personal privacy. 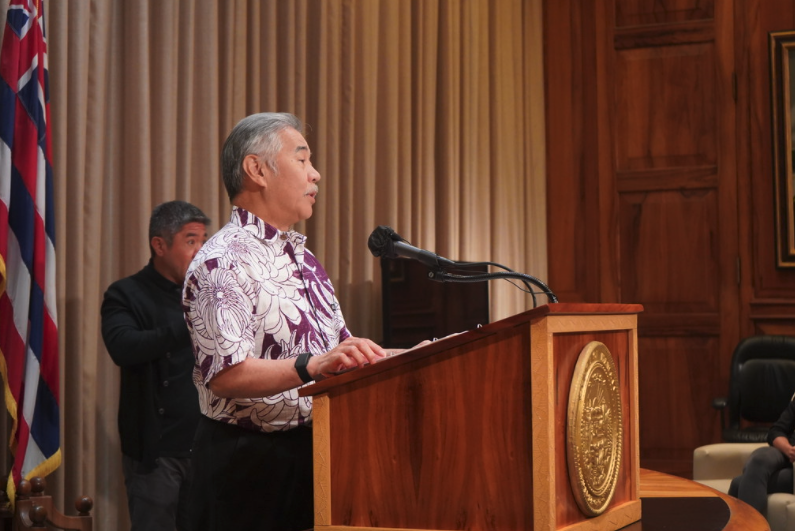 Of the 28 bills Gov. David Ige identified this week as potential veto targets, Senate Bill 811 is the shortest in length — barely 100 words —and the easiest to understand.

If approved, it would require the Hawaii Department of Education to publish a weekly report on students, staff and visitors at public schools that have reported positive COVID-19 cases. The report would include the school’s name, the date the positive results were reported and the date the tested individual was last on campus.

SB 811 is about public health and safety in response to the most deadly pandemic in a century. It’s so popular that not a single lawmaker voted against the final form of the bill, which changed little from its introduction by Senate Education Committee Chair Michelle Kidani to ultimate passage.

And yet, the governor doesn’t like the bill and may well veto it by his July 6 deadline. He said the reporting requirements are unnecessary because his state departments of health and education already have established protocols in place, and that they are working just fine.

“This bill may also increase the potential for individuals to be identified, harassed, or discriminated against if weekly reporting is required,” according to the governor’s press release on his veto intent. “As written, SB 811 possesses a high potential for privacy violations, particularly in smaller communities.”

But supporters of the bill, including the Hawaii State Teachers Association and the Office of Hawaiian Affairs, said a school-based update would help provide “critical, real-time data” to parents and the school community on new cases and help schools respond to outbreak events, therefore protecting the community at large.

The DOE has been widely criticized for the better part of a year now in how it has handled public disclosure of COVID-19 matters.

“From the public health perspective, it’s a balancing act because businesses understand that having a positive COVID-19 case can shut down your business and ruin your economic viability, and if they feel like that can happen, then they would be less inclined to participate and help with the contact tracing,” he said.

Ige continued: “I know that it’s easier to just say, yeah just disclose the specific school by name and everyone would be better for it. But we have seen instances where that really causes the institution, the employees, everyone to want to hide the fact that there’s a COVID case and that really doesn’t help us in the public health perspective. Our public health experts just say that it’s not good policy.”

Sorry, but that doesn’t make much sense. Public schools are not private businesses.

In fact, the current DOE-DOH policy is inadequate. SB 811 is a common sense way to provide more information to parents, teachers and residents who have every right to know whether the coronavirus has been found at a public school. Ige’s concern that someone may somehow figure out which student or staffer tested positive just by revealing the name of the school and the date it happened is a stretch.

As the DOE acknowledges on its COVID-19 information and updates website, case counts “should not be used to determine community spread or sources of an outbreak or cluster.” But that is very much why parents and others would like more transparency when it comes to their kids.

The DOE also reports cases by school complex area. That level of reporting is especially unhelpful and is something that SB 811 would change for the better.

For example, while only one new case was reported on June 11 for the Campbell-Kapolei complex on Oahu, the area represents a total of 18 elementary, middle and high schools. Those schools comprise a large area and include Ewa Beach, Makakilo, Iroquois Point, Honouliuli and other neighborhoods where there have been 137 cases since a year ago.

For a parent wanting to know whether their son or daughter might be at risk, the DOE reporting provides little comfort.

Ige appears to have been persuaded by his DOE and DOH directors, even though their logic is strained at best.

“Identification of a case to classmates or others in the school community can lead to stigma and even bullying, which can cause harm to the case and/or family members,” DOH Director Libby Char testified.

Christina Kishimoto, the outgoing DOE director, mirrored that concern and others in her own testimony, stating that she had been advised that specific school disclosure would affect the department’s ability “to protect individuals from being identified, harassed and socially discriminated, as well as the school’s ability to minimize disruptions due to the increased level of inquiries beyond the immediate school community.”

Unmoved, House and Senate conferees on SB 811 acknowledged the state’s policies and procedures but still concluded that the DOE “generally has not provided information about positive COVID-19 test result cases on all school campuses and the limited information that it has shared has been inconsistent and incomplete.”

As the governor pointed out during his interview with the editorial board, he hasn’t actually vetoed anything yet — he’s just signaling that he’s thinking of vetoing the bill.

There’s still time for him to change his mind.

And if he does not, the Legislature should override him in special session. Should be easy enough to get the necessary votes. 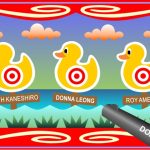 Prior to covid, annually in Hawaii, approx. 400-600 people (many were children) died from the flu, and thousands more infected.  If this bill becomes law, will schools be required to submit daily reports of flu infections ?

Bad take, CBEB.  You too easily dismiss the governor's concerns.  The report would also have the date the person was last on campus, all but confirming the reason why any student, teacher, or staff member was suddenly absent. As See_Jane commented, this is especially true at smaller schools.Sure, schools are not businesses. But stigma is stigma. This law Increases the odds of publicly outing someone's positive result, thus discouraging people from get tested for covid and informing their workplaces of a positive result.I'll take the opinion of experts over the opinion of an editorial board 8 days a week.

No, it's a stupid bill. There is no way for schools to mandate they be told that information, and I doubt that doctor's proof of illness requires defining the illness (that sounds like an obvious HIPPA violation). If, for example a student had to miss school for an STD I don't think that gets communicated to the school, just that the student has been medically told to stay home.  This is like the public wanting schools to report how many students go to college and where after college. How are schools supposed to know?  If anything IGE understands that this bill endangers  the voluntary communication from families to schools about Covid contraction, which is somewhat important. The biggest question is that for this to work, school's will now have to require a doctor's note to clear a student to return to school if they are sick, thus transferring the  blame to the doctor whether that student had Covid or not. This policy will be the interesting policy from the DOE to watch, as students get sick all the time with minor colds, food allergies, what have you that would normally be ignored but have similar symptoms to Covid. Free, fast Covid testing for students is a must.