There is federal money on the horizon — and promising new technology too. 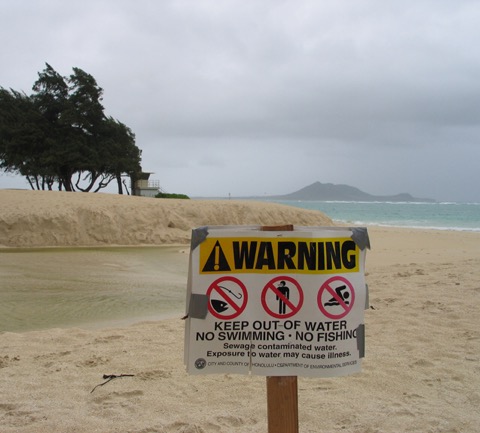 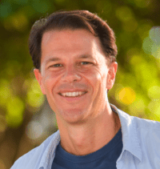 Last July, in my IDEAS Essay about how Hawaii has the highest number of cesspools per capita in the country, I advocated that the pandemic should motivate the state and counties to diversify our economy and develop the wastewater workforce that is needed to convert all of these cesspools.

Now, almost a year later, Hawaii has a major new ally in the work to convert cesspools: The federal government under a new administration is pushing policies and offering funding to do just that.

If there’s one thing most Americans should be able to agree on, it’s the need to repair our nation’s deteriorating infrastructure. Despite partisan politics, the U.S. Congress passed the Biden administration’s American Rescue Plan Act and its members are currently arguing over the proposed budget for the American Jobs Plan.

The new AJP bill would invest $1.7 trillion to get people back to work restoring our aging roads, bridges, water and wastewater treatment systems.

As co-founder of the nonprofit WAI: Wastewater Alternatives & Innovations, I’m focused on the last issue. Hawaii has some 88,000 cesspools across the state that discharge 53 million gallons of untreated sewage into our groundwaters each day. This sewage pollution poses harmful threats to public health, drinking water, the near-shore environment and coral reefs, along with Hawaii’s reputation as a world-class destination.

WAI helped to create the Work-4-Water Initiative by bringing together leaders from Hawaii Community College, the University of Hawaii Sea Grant College, the Water Resources Research Center and the Hawaii Department of Health’s wastewater branch. Over the last year, our W4W group has been meeting weekly, focused on four long-term goals: workforce development, infrastructure investment, cesspool replacement and water protection.

Thankfully, Hawaii’s congressional delegation is increasingly aware of the severity of the problem.

“Wastewater has really been disregarded for years and years and years and it’s something we have to address as a state,” Rep. Kai Kahele wrote recently. “This is a great time to do that with the American Rescue Plan because it can provide millions of dollars for jobs and investment into Hawaii’s wastewater infrastructure.”

“We have a cesspool problem on our neighbor islands where they’re really not going to be complying with the Clean Water Act unless we provide them the infrastructure,” Sen. Brian Schatz said in a recent Civil Beat interview, “either for big sewer systems or small distributed sewage management systems or something even more distributed like the Gates toilet.”

Something Has To Be Done

As Kahele notes, “The county of Hawaii has been in violation of the Safe Drinking Water Act and EPA federal rules and regulations since 2010 when the county took over responsibility of the large capacity cesspools at Pahala and Naalehu.” In the face of these federal regulations, what should the counties do — go with the old, expensive sewer systems or find a new and cheaper technology?

When Sen. Chris Lee and I attended the Bill & Melinda Gates Foundation’s Reinvented Toilet Expo in 2018, we began to realize that our current sewer system is not the answer.

These systems served a purpose once, but now they are the definition of a vicious cycle: We use clean drinking water to flush our toilets, then expend massive amounts of energy and miles of sewer lines to pump that waste across the Island to municipal wastewater treatment plants, which require even more energy to separate the liquids from the solids; and in the end, we pump the clean water out to sea and truck the sludge waste to landfills that are already full.

In her new book “Pipe Dreams,” Chelsea Wald writes, “Every day, according to one estimate, people worldwide use almost 40 billion gallons of freshwater — nearly six times the daily water consumption of the entire continent of Africa — to flush toilets.  We can do better.” Yes, we can.

There are basically three different scenarios for dealing with our cesspools and sewage issues.

On one end of the spectrum are the big sewer systems. While it may be possible to extend sewer lines into certain communities in Hawaii near existing facilities, it would be financially impossible to create this kind of massive, centralized and outmoded infrastructure in more remote areas of the islands. Building wastewater treatment plants and installing traditional sewer lines and pump stations would be prohibitively expensive and disruptive for small, rural areas.

On the other end of the spectrum, each individual cesspool is going to cost tens of thousands of dollars to be converted into a more environmentally sound septic system. Many homeowners don’t have the money, which is why the Work-4-Water Initiative is seeking federal funding to help homeowners with the costs of conversion.

We are also now collaborating with community colleges on each island to develop training programs to certify more workers in the wastewater sector and developing hands-on internships with local companies to create enough jobs to help convert 88,000 cesspools.

As I noted last year, there is gold to be mined from these dark, underground rivers of waste. By training thousands of workers for long-term, well-paid jobs, we can install new wastewater systems across the state.

Instead of big sewer plants or individual cesspool conversions, the best option for at least a third of the households in Hawaii currently on cesspools may be to connect to smaller “distributed sewage management systems,” as Sen. Schatz outlined.

There is promising new technology for decentralized, more efficient, less expensive wastewater treatment systems. The central message of the Gates Foundation’s Reinvented Toilet program and “Pipe Dreams” is that we need to not only reinvent the toilet but to reimagine the whole sanitation system.

With the federal government’s commitment to rebuilding our decaying infrastructure, now is the time to develop mobile, community-scale sanitation systems that recycle the valuable resources and nutrients in our liquid and solid waste. Instead of pumping nutrients like nitrogen, phosphorus and potassium out to sea, we can recycle them on land to enrich our soils (instead of expensive, synthetic fertilizers).

These systems can be financed by federal funds, county bonds and in some cases by the wastewater companies themselves.

How do we recycle our wastes safely and affordably? WAI is collaborating with Elemental Excelerator to introduce innovative technology and financing models to Hawaii. One of Elemental’s new cohort companies is Cambrian, whose small-scale modular treatment systems are designed for approximately 30 to 300 households.

Cambrian has created a Water Energy Purchase Agreement that allows the company to build these systems with a service agreement instead of large upfront capital costs.

This “sanitation as a service” approach can save millions of dollars for the counties and provide state-of-the-art facilities to rural communities like Pahala and Naalehu on Hawaii island or coastal areas like Maalaea on Maui.

As Rep. Kahele notes, right now in Maalaea, “Wastewater is treated at each individual condo and then that wastewater gets put right back into the ground (via injection wells), and that has had major effects on the Maalaea coral, as well as the nearshore fisheries.”

Counties like Maui could focus on installing conveyance lines to connect Maalaea’s 10 condo complexes and nearby businesses to these smaller treatment systems.

Cambrian’s systems are capable of transforming liquid wastewater to clean R1 water that can be used for irrigation and farming. Other companies can recycle the solid waste sludge.

Biomass Controls, which was originally funded by the Gates Foundation, uses a process called pyrolysis, which employs high heat and low oxygen to burn the waste and transform it into 100% pathogen-free biochar. This thermodynamic heating process can reduce the sludge volume by 90% and remove more than 95% of pharmaceuticals, plastics, PFOS and other toxic contaminants.

The resulting odorless biochar can be used as a soil amendment or a medium for water and air filtration. It can also be used for carbon sequestration to help the state reach its goals for carbon neutrality by 2045.

Jim Mothersbaugh, CEO of WaterTectonics, operates a wastewater treatment plant in Makena on Maui. He is working to integrate Biomass’ technology into his treatment system. By avoiding trucking 90 loads of sludge to the landfill each year, he will reduce his carbon footprint and save hundreds of thousands of dollars in trucking costs and tipping fees. Using the biochar as a soil amendment for agroforestry, he hopes to turn his facility into a model for the future of waste recycling.

These two treatment systems are examples of mobile, scalable and affordable solutions that can help transform our problematic wastes into valuable products. Hawaii could become a national leader by recycling 100% of its liquid and solid waste.

As we emerge from the cocoons of our quarantine, let’s make sure we don’t drift back to outmoded ideas and technologies. Instead, we should work together to repair our aging infrastructure and build a better foundation for the future. 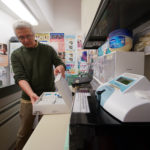 Thank you Stuart (and Chris Lee) for taking the time to think about this and attempt to tackle it.

I see kids playing in the discharge from the cesspools to Kailua Beach all the time even though there is signage.

Endanger is by deleterious historical depot military, it's impact to biological man, most forgotten, yet the consequences still remain alive