Eric Stinton: Teachers, Don't Be Shy About Talking To The Media

Teachers may be afraid to appear before cameras or worry about retaliation, but talking to the public should not be a problem. 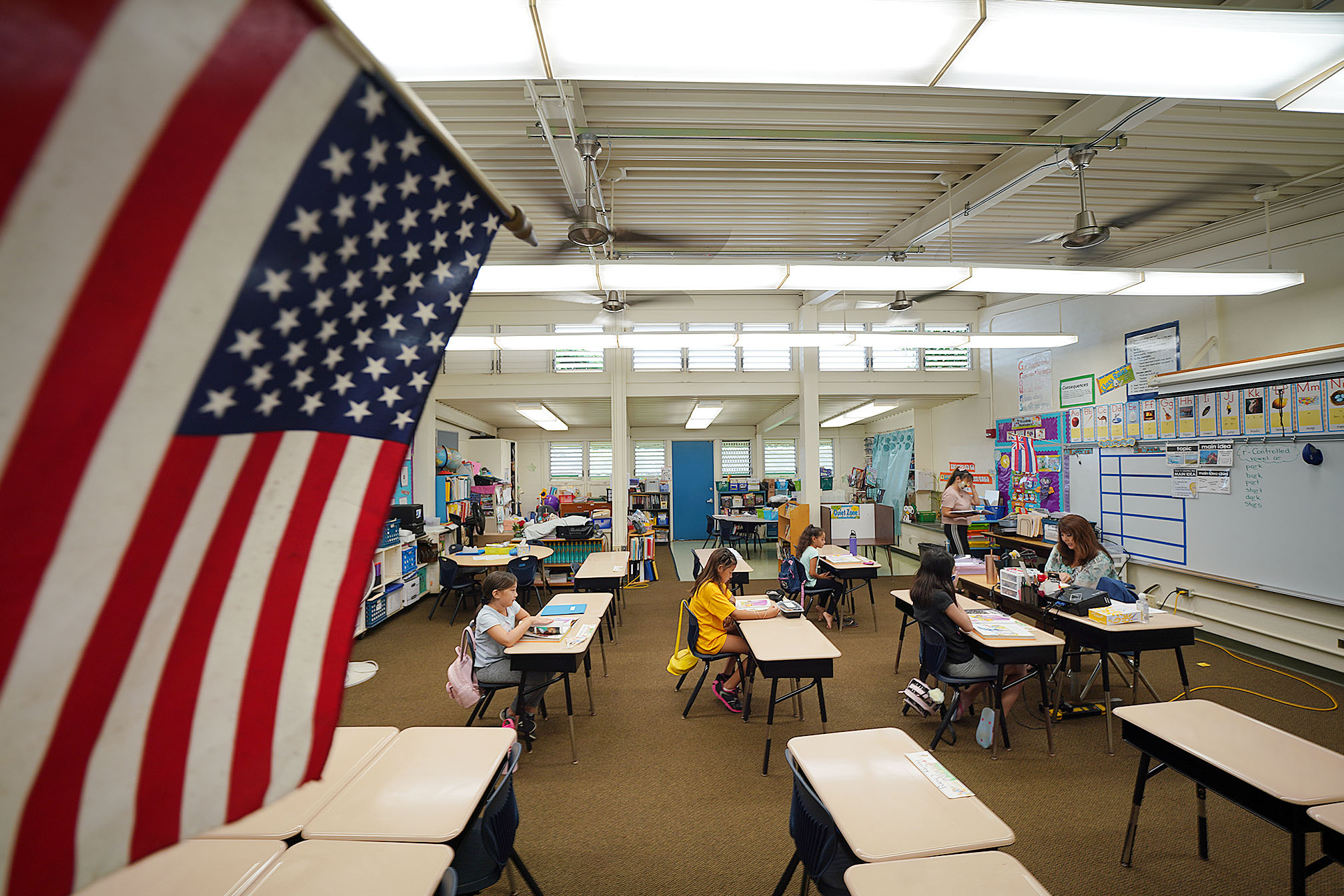 In the last month, local news stations have reached out to me no less than three times to talk about some education issue or another.

This is not because of any particular expertise I possess, but because I’m available. In the never-ending time crunch of the news world, it is better to have a know-nothing who is there than an expert who is not.

My response is always the same: unless I’m uniquely positioned to talk about the subject, I send along the opportunity to a few of my colleagues who usually have smarter, more considered things to say. So far, they have all declined — my motive with this column is to nudge them toward doing it in the future — which compels me to ask teachers I know from social media. If no one answers the call, I’ll do the interview.

I’m obviously not against going on the record with my opinions, but sometimes I simply don’t feel strongly enough about the interview topic to add anything meaningful to the discussion. If I’m going to speak (or write) publicly, I want to have something to say, not search for something to say.

More than that, though, I worry that some people may take my thoughts about education as the prevailing opinion, by virtue of ubiquity rather than merit. How I think about any given subject — whether it’s grading, standardized tests, or teacher pay — may or may not be what other teachers generally think, but my opinions can appear to be the profession-wide standard just because they are broadcast more frequently.

No matter how careful and thought-out my ideas may be, it’s never a good thing for one person, or a small handful of people, to have a lopsided presence in public discussions that impact everyone. If more teachers start speaking to the media, it will only benefit our collective understanding of these issues.

The question is, then, why are so many teachers apprehensive about talking to journalists? I suspect there are two overarching reasons: the garden variety nervousness of being on TV, and fear of professional repercussions.

There’s not much to say about the first reason, other than it’s really not that bad. A live interview can be nerve-racking, but we’re rarely asked to do something like that. Most of the time the interview takes place in a highly controlled environment where you have time to think and respond and do multiple takes if you make a mistake. It is, in my experience, less pressure than standing in front of a class of students.

Likewise, the fear of professional blowback is more paranoia than possibility. Unless you’re saying something slanderous or inflammatory, there’s no way you’ll get in trouble for speaking up about an issue that affects you. Take it from someone who called for complete unpaid furloughs for all 23 superintendents and faced exactly zero consequences for it. If anything, an attempt to punish teachers for speaking up will hurt the DOE a whole lot more than it will hurt any individual teacher.

This leads to the next big question: why does it matter? Why not have a young-ish white dude speak on behalf of a pool of people that spans numerous age groups, backgrounds and cultures? The phrasing of that last sentence should be enough to answer the question, but I’ll address it seriously just in case.

It is not a coincidence that the group of colleagues I mentioned earlier is smarter than me. They come from different backgrounds and life situations — some are local, some are from the mainland, some have been teachers for decades, some became teachers recently after starting out in other professions. Our cultural, generational and professional backgrounds inform our opinions and shape our perspectives.

I am, for various reasons, incapable of coming up with the same ideas as my peers who are female, or Hawaiian or in their 60s. And that’s just an account of my group chat with five other teachers. Expand that concept to the entire DOE and our collective diversity — as well as the complexity of our ideas — increases by orders of magnitude.

This is especially relevant for this upcoming school year, which will be rife with change. We’ll have new leadership at the top of the DOE and in the union, and students will be returning to full in-person learning for the first time since March 2020. There will be challenges, and we’ll need to get the best ideas we can to address them. I’m not convinced the best possible solutions will come from union reps or DOE spokespeople who dress every statement in the cautious veneer of human resource departments.

And it isn’t just teachers who need to speak up more. Parents and guardians and students themselves must also be willing to discuss their ideas, for all the same reasons I just mentioned. If we only hear from the same handful of parents — usually moms — who are willing to talk to the media, we’ll only hear from a very narrow and specific spectrum of experience; and if we don’t get direct student input, we’ll be missing out on insights from the most important members of the education community.

We all have a shared investment in the direction of education and the environment in which we teach and learn and into which we send our children. The more voices and experiences we have to draw upon, the better we’ll be able to meet the needs of all stakeholders.

At a time when distrust of the media is festering, it’s important for us to engage more with news outlets, not retreat from them. “Purity does not lie in separation from, but in deeper penetration into the universe,” said French priest/scientist/philosopher Teilhard de Chardin. There is wisdom here that can be applied to our current moment, no matter what universe we seek to understand. 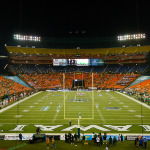 The DOE is known as the department of compliance. Faculty meetings are misnomers as such meetings should be called staff meetings. Faculty meetings are conducted as though teacher input is wanted. But that is not true as the purpose of the meeting is to inform teachers what they must do. There is always an agenda from outside the school which runs all schools. That agenda is written by the superintendent, the board, the legislature, the governor, the mandates of yearly budgets, consultants hired to pull puppet strings attached to federal mandates stemming from either the impact of the political collaboration between the NEA and the Democratic Party, or resistance of the NEA to Republican Party education policy. And all of these institutional good intentions are congealed into the catch-all phrase of student achievement which is a metonym for the testing industry which is so important that during the pandemic closure of schools for instruction, students came to school in person to take standardized tests. If media wants teachers to talk, good questions need to be asked, you know, like what do you think about compliance to corporate mandates that demand corporate management.

It starts at Union meetings asking the board-"Why do endorse people that don't advocate higher pay?" It's a highly coveted endorsement, yet it is a hollow endorsement because they don't do anything.    A real union would never have endorsed Ige for his second term. They have to work for your endorsement. They have to guarantee to bring up your issues during the legislative session. With the amount of elected officials you have endorsed in both the legislature, Senate and Executive, you should be on easy street. Unless Rosenlee and the board were using endorsements for other reasons, like getting "friends" elected...Got it?     It looks like your just going through the motions rather than use it too mean something.     But to answer your question, there is a breaking point in all things. When fear no longer is an issue.     Did you think in the early 20th Century the labor movement was afraid of the plantation owners armed goon squads? Were afraid to die? Be evicted? Have their neighbors angry at them? That's what brother/sisterhood means my friend, at the end of day to get what you want, you have to take care of each other too.The only thing you have to fear, is fear itself.

Age, gender,  ethnicity, etc. do not matter when it comes to the collective frustration of teachers who are understandably tired and fed up, but continue to put forth their best efforts in serving our keiki. The teacher's union collects thousands in dues every year from members who are too busy working their butts off and should not be expected to take on more unnecessary stress.  HSTA should be that effective mouthpiece that TRULY helps teachers as far as improving work conditions and receiving fair compensation.