Neal Milner: All Sides In Auditor Dispute Need To Start Acting Like Grown-Ups

The office is too important to good government to go down in a morass of name-calling and self-important rectitude. 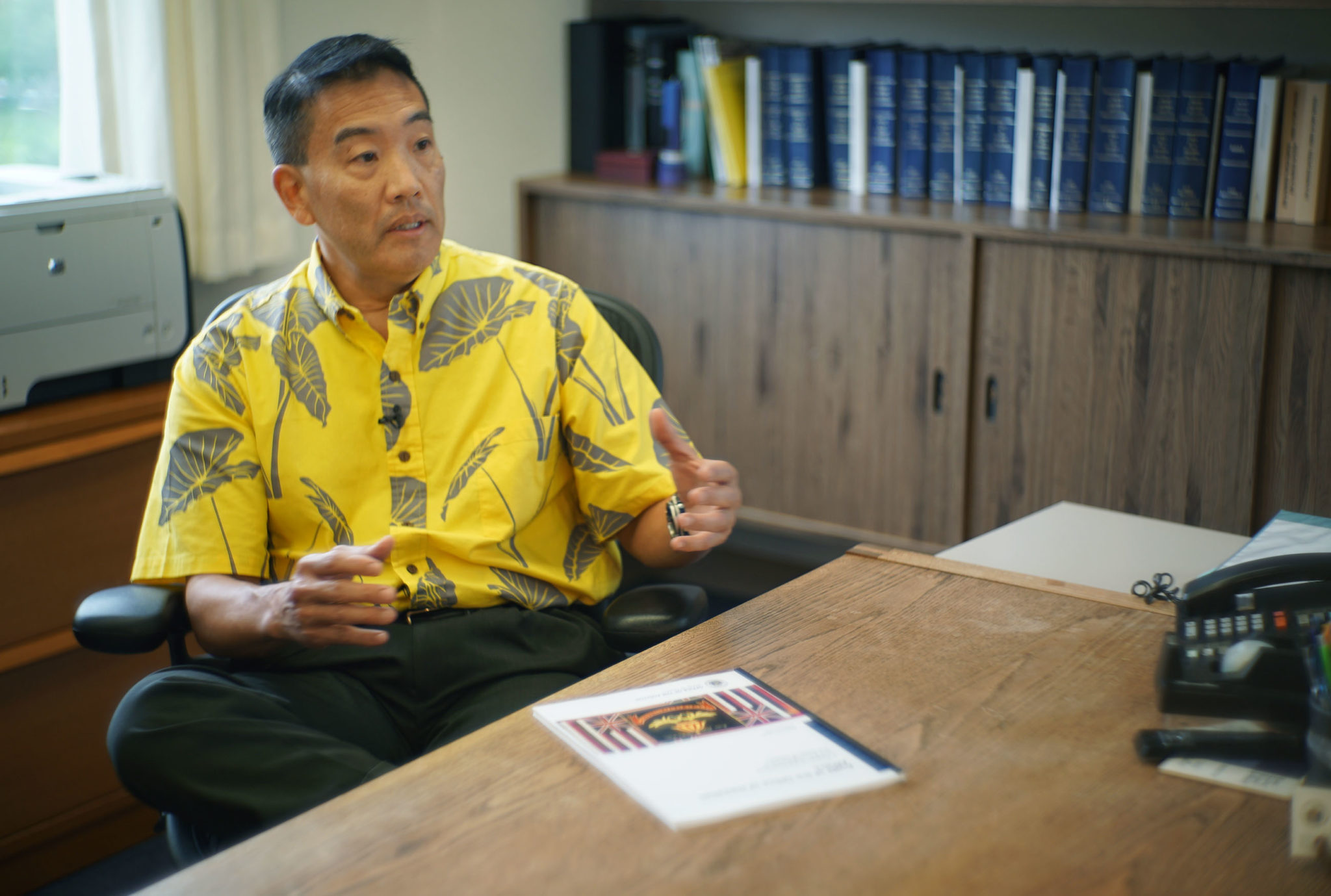 Along with pizza taster and editor of Civil Beat, Hawaii State Auditor is my dream job.

But you know what is one of the worst nightmare jobs imaginable right now? Hawaii State Auditor.

Auditor is both the dream and the nightmare? How can this be? The answer centers around the conflict between the auditor, Les Kondo, and the Legislature, especially Speaker of the House Scott Saiki.

The quarrel is sad and silly. The way the parties have tried to handle it, with name-calling, huffing and puffing about constitutional violations, and attacks on the office — that’s only made things worse.

That’s a big thing because the role of the auditor is such a big thing. The conflict interferes with the auditor’s office’s ability to do its job, weakening government transparency and accountability, which in Hawaii are not strong to begin with.

It’s a waste of time trying to determine who is right or wrong here. (Bulletin, bulletin: all parties vehemently and indignantly say they are totally right.)

It’s far more important to understand how the whole sad shebang hurts good governance and how important it is to get the office back on track.

Consider why, when the political process stars are properly aligned, the auditor’s job is so valuable and so cool.

Auditors work their buns off doing stuff that on the surface seems blah and boring. That’s because it is. It involves CPA, green-eyeshades, pocket-protector stuff, gathering data from obscure sources and writing reports using this. A grind.

Man alive, wouldn’t you rather be tasting pizza? No, not if you realize how important this auditor work is. Plodding or not, auditing is the grease that makes democracy work.

It does so as part of four pillars that make the job really vital and really cool. First of all, these auditors have an important amount of independence. Second, they gather information that allows them to speak truth to power.

Third, this information is based on real data, you know, actual facts, empirical and such. Fourth, those in power use the information to make the proper changes.

Knowledge is power, so it’s easy to see why auditing is vital. What makes it cool is that it is a no-bullshit job, none of the political posturing and circling the wagons that is so much a part of the rest of government life.

What’s more, you have by rule entrée to important people. State agencies are required to allow the auditor’s office to carry out performance reviews. The office makes these reviews public. Legislators can use them to oversee state agencies and get them to shape up.

The basis of all of this is the independence that the job gives you.

This is all when the stars are aligned, but man, is it tricky to get them that way. The pillars are precarious.

In fact, auditing needs much more. It requires a kind of delicate balance that depends on crucial norms to make those four pillars work.

Of course, these norms aren’t written down. They are norms. They involve cooperation, mutual respect and deference, and knowing when to hold ’em and when to fold ’em. Knowing when to work problems and tensions out in order to keep the valuable process healthy.

The auditor’s office is part of the Hawaii Constitution. The auditor is by rule supposed to be independent and objective. At the same time, he or she is appointed by the Legislature for an eight-year term.

The Legislature may legally fire the auditor. At the same time, it can only be for cause and only by a two-thirds vote of both houses sitting in joint session. And the Legislature cannot eliminate the position. That requires a constitutional amendment.

State agencies are required to submit to performance reviews by the auditor’s office. At the same time, the auditor cannot force an agency to implement the office’s findings.

The auditor can follow up to see what an agency has done in response to a performance review. At the same time, the auditor’s office has to depend on an agency’s own report of what it has done.

The auditor sends its reports to the Legislature. At the same time, it’s entirely up to legislators to decide how, if at all, to use this information.

Pretty complex, yes? Making this work requires all kinds of informal action and constant awareness of how easily the balance can become unhinged.

So, auditing can definitely be both an essential and exciting job, but only if all parties are aware of the consequences of going too far — the harm to the entire process if push leads to shove.

Well, thanks to Speaker Saiki and his supporters, and to Les Kondo as well as the working group House leadership appointed to investigate, push has definitely come to shove.

Here is a taste. The working group opened its 79-page report, which accuses Kondo’s office of constitutional violations, by first listing the requests it made to the office for information and Kondo’s refusal to cooperate with these requests in any way.

And here is Kondo’s response. When a Civil Beat interviewer asked Kondo about the report, he called it “just garbage … They (the working group) didn’t talk to anyone in my office, me included, which is just mind-boggling to me.”

What’s really mind-boggling is how the working group and the auditor can have such totally different perceptions of why the report includes no first-hand information from Kondo or his employees.

“Liar, liar, pants on fire.” Well, whose nose is really as long as a telephone wire? Who knows? Who cares? That is not the big picture issue.

What we do know from this, though, is that the working group report had zilch input from one of the main parties.

If that’s not enough unproductive back and forth for you, there is also this. The working group report, which Civil Beat characterized as an audit of the auditor, accused Kondo of “weaponizing the media.” For his part, Kondo has called the report and Saiki’s actions “sneaky.”

You don’t have to be a microaggression aficionado to see “weaponizing,” “garbage” and “sneaky” as words with a lifetime guarantee to piss people off.

Kondo, the legislators, as well the working group that Speaker Saiki dragged into this have behaved with an inflated sense of themselves, a puffed-up martyrdom and an overblown interest in being proven right rather than in solving the problem, which is, to remind you, a threat that the auditor’s office will lose its influence.

OK, so you’re angry. OK, so you think the other side has gone way too far and that something has to be done.

Get over it, all of you. Hunker down to protect the pillars.

The parties are far too interested in proving their rectitude and shaming the other side rather than working together to find a workable solution.

That threatens to lead to some kind of nuclear option — a firing, a lawsuit, more name-calling in the media, the office losing the respect and legitimacy it needs to do its job.

All parties need to act like politically responsible grown-ups. Realize the harm that your inflated sense of rectitude is doing to a delicate process that’s so important and so central to good government.

It’s your job to work this out.

You could begin by having a good air-clearing, problem-solving discussion. Nothing public, nothing pretentious.

Just an informal discussion over beers and a couple of pizzas. I’ll be happy to taste them for you. 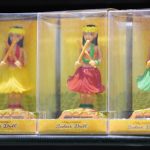 I would add that (Hawaii especially) bureaucracy requires organizational firewalls that political powers always try to destabilize. Term limits for politicians, while prudent, may not dissuade the flurry of execution of political favors and quid pro quo allowing 'voted out' politicians landing political positions in other branches based on their "institutional acumen". Add recycling of political identities to the mix (think: variety of State prosecutors in recent races) , power interest patronage, and voter lax participation, Hawaii creates a nasty incubator for public sector accountabilityThose bureaucratic firewalls are supposed to exist to allow civil servant positions to perform their assigned functions regardless of political persuasion. In Hawaii, given the prevalent practice of awarding of non-civil service State/City executive level positions in reward for political patronage, it is amazing that Commissions & Depts. can get most of their job deliverables accomplished.

This is all about the Office of Hawaiian Affairs (OHA) Controversy. Auditors can request additional information from an Auditee. In this case OHA refused to provide unredacted records so the audit was cancelled, funding withheld. Now its all political Hawaiians sure now how the through a child like fit.An independent auditor is absolutely essential stop the politics!

Remember this story when Mr. Saiki comes up for re-election.