The late Haunani-Kay Trask argued that the state’s top industry is a state-sanctioned prostitution ring. 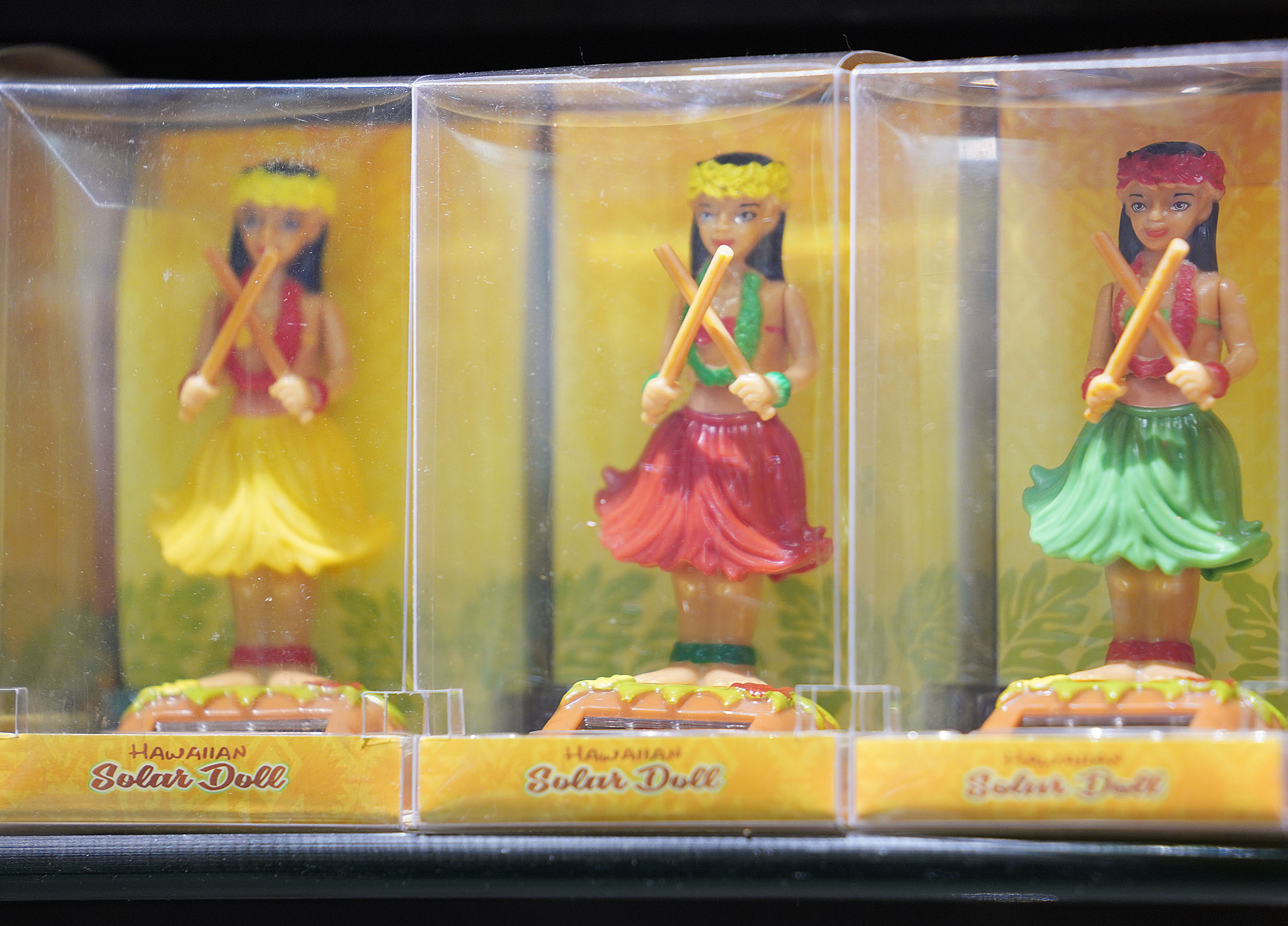 Everybody’s talking about the visitor industry these days — how it’s roaring back (maybe too strongly), how we still need to manage it better (user fees for beaches, anyone?), how it degrades the aina and the kai (our vital natural resources), how we still need (or don’t need) a tourism authority, how we still need to diversify the economy (ha-ha-ha, good one), even how we’ve got to keep idiots from touching Hawaiian monk seals (one would think that up to five years in prison and a $50,000 fine would suffice).

The renewed interest in what to do about the state’s No. 1 industry along with the recent passing of Haunani-Kay Trask has me looking back to a controversial thesis from the famed Indigenous scholar that I first read 30 years ago when I was a graduate student at UH Manoa.

The title alone still provokes — “Lovely Hula Hands: Corporate Tourism and the Prostitution of Hawaiian Culture,” which ran in the winter 1991-1992 edition of an academic journal. A shorter but often word for word version can be found in Trask’s “From a Native Daughter: Colonialism and Sovereignty in Hawaii” (UH Press; 1999).

Here is Trask’s take on outsiders’ view of Hawaii:

“Just five hours away by plane from California, Hawaii is a thousand light years away in fantasy. Mostly a state of mind, Hawaii is the image of escape from the rawness and violence of daily American life. Hawaii — the word, the vision, the sound of the mind — is the fragrance and feel of soft kindness. Above all, Hawaii is ‘she,’ the Western image of the Native ‘female’ in her magical allure. And if luck prevails, some of ‘her’ will rub off on you, the visitor.’”

Trask explains that this fiction comes from “the depths of Western sexual sickness that demands a dark, sin-free Native for instant gratification between imperialists wars.” The fiction is perpetuated through Hollywood and songs like “Lovely Hula Hands” recorded by the likes of Bing Crosby, Alfred Apaka and Don Ho.

A key point of Trask’s essay is that corporate tourism is degrading Hawaii and destroying Native Hawaiians by making gobs of money that rarely trickle down to most Hawaiians. For the latter, life is “hard, ugly, and cruel.”

In her view, corporate tourism — that is, the pimps — include foreign- and Hawaii-based conglomerates, the hotels, the airlines, the landowners (“like the missionary-descended Castle & Cook of Dole Pineapple fame”), the media, the labor unions, the construction companies and the state-supported Hawaii Visitors Bureau, as it was called then.

Here’s how Trask concludes her article: “If you are thinking of visiting my homeland, please do not. We do not want or need any more tourists, and we certainly don’t like them. If you want to help our cause, pass this message on to your friends. Thank you.”

Trask’s thesis was, to put it mildly, controversial at the time it was published. She was “woke” long before that term came into wide usage.

But “Lovely Hula Hands” also has merit and can help inform us today about our relationship to the visitor industry. While the cited data to support her argument is decades old, in many ways things have not changed all that much — or changed for the worse:

Not all of Trask’s data points hold up. Groundwater supplies on Oahu were forecast by the Bank of Hawaii, for example, to be “insufficient” to meet the needs of residents and tourists by the year 2000.

But other points are illuminating, prescient and deeply troubling. When she wrote the essay, the median cost of a home on Oahu was around $350,000. It’s now three times that much.

And the number of American tourists expected to vacation in the islands at the time Trask wrote was 5 million. The last COVID-19 free year for visitor arrivals — 2019 — saw 10.4 million tourists including international visitors.

In that context, consider what Trask has to say about cultural prostitution in “Lovely Hula Hands”:

“Hawaii itself is the female object of degraded and victimized sexual value. Our aina, or lands, are not any longer the source of food and shelter, but the source of money. Land is now called ‘real estate,’ rather than ‘our mother,’ Papa. The American relationship of people to land is that of exploiter to exploited. Beautiful areas, once sacred to my people, are now expensive resorts.”

The result of the long term, coordinated campaign of tourism hype on Hawaii is the “awful exploitative truth” that the industry is “the major cause of environmental degradation, low wages, land dispossession and the highest cost of living in the United States.”

Trask acknowledges that many Hawaiians do not see tourism as part of colonization. They deem it necessary for providing jobs. But then, Trask argues that Hawaiians cannot understand their own cultural degradation “because we are living in it … We are unaware of our oppression.”

Trask’s admonitions of tourism may not be widely recalled today. But no less than The New York Times noted in its obituary of her this week that she “railed” against the industry in her poetry as well as her academic work.

“She challenged its marketing of the Hawaiian islands as an acquiescent paradise, a depiction that she felt ignored the history of violence against the land and its Native inhabitants,” the Times wrote.

Trask’s solution to liberate Hawaiians from Hawaii’s tourism morass is decolonization and sovereignty. I don’t think Hawaii is any further along that path than when “From A Native Daughter” was published in 1993, 100 years after the overthrow of the Hawaiian kingdom.

But more and more people in Hawaii are facing up to the fact that the visitor industry has reached an unsustainable tipping point.

In May the HTA reported that 57% of residents who responded to a survey last fall “completely or strongly agreed” that Hawaii was too dependent on tourism, up from 37% in 2019. And an increasing number of people agree that their island “is run for tourists at (the) expense of local people.”

Tourism will always be a part of Hawaii. It is encouraging that the HTA, which has a Native Hawaiian president and CEO — John De Fries — and brand manager — Kalani Ka’anā‘anā — also has embarked on what are called Destination Management Action Plans for Kauai, Maui Nui (Maui, Molokai and Lanai) Hawaii Island and Oahu.

Destination management, as HTA defines it, involves attracting and educating “responsible” visitors, advocating for solutions to “overcrowded attractions, overtaxed infrastructure, and other tourism-related problems,” and working with other “responsible agencies” to improve natural and cultural assets valued by both residents and visitors.

How the HTA might do that with a $20 million cut to its $79 million budget, thanks to House Bill 862 — which defunds the agency and leaves its financial security in limbo — is unclear.

But local government officials are recognizing that tourists can no longer wantonly overwhelm the islands.

Gov. David Ige tweeted the following this week after reports of tourists messing with monk seals: “Visitors to our islands — you’re asked to respect our people, culture, and laws protecting endangered species that are found nowhere else in the world. For those who don’t, make no mistake, you will be prosecuted to the fullest extent of the law.”

Meanwhile, Hawaii’s image as a resort wonderland continues to be perpetuated through popular entertainment like HBO’s new miniseries “The White Lotus.” As The Atlantic described it, the series is about a cluster of wealthy guests who attempt to escape their troubles at a five-star Hawaii resort — a show “about rich people rotting in their own toxic privilege.”

I haven’t seen the show, but the promo photo — reproduced below — speaks volumes. 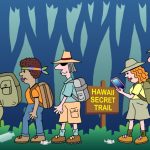 I think DMAPs just tinker around the edges, and do nothing to address the fact that local poverty, inequality, and homelessness have reached record highs at same time visitor industry set its own record-highs for # of visitors and visitor spending!I agree with Dr. Trask that the visitor industry has been built on an extractive "colonizer" model, and former Lt Gov Tom Gill warned us about the downsides of mass tourism 50 years ago!I think planners should also consider a much wider range of plausible future scenarios, not just low, medium, and high versions of presumed "business as usual" continued growth with plenty of tourists and "good" jobs for all.We need contingency plans for other possibilities, e.g. too much low-wage job growth and possible "jobless" growth, as well as various possible "STEEP"-- Sociocultural, Techological, Economic, Environmental, and Political/Legal-- no-growth/stagnation, decline, and collapse scenarios, and possibly more transformative "restructuring" scenarios.I think there are several ways we could gradually increase local living standards and quality of life with fewer visitors and less indiscriminate growth. To be con't.

A timely merging of Dr. Trask's observations, opinions and facts with our current times.  The lockdowns resulting from the covid allowed all of us to bear witness to an island devoid of tourism.  I went to Waikiki to swim and surf again and found it like the Twilight Zone, with no traffic or people on the beach.  I told my daughter to look at beach at Waikiki because you will probably never see it like this again.  But, it was not only the average 30K tourists that where not here, it was also a majority of the 1.2M locals that where not driving on the streets and playing in the park that made it seem like a more private island again.  That feeling regardless of the tourists is now gone and it is more difficult to determine

Correction: those costs describe single-family houses. They do not describe all homes. From the poorly titled SA's Oahu median home price inches even closer to $1M:  CB, HNN, and SA are all guilty of this.  We need to drop this assumption that the only homes worth living in are the ones with a white-picket fenced yard in suburbia, requiring a half-hour car ride to get anywhere. Condos, walk-ups, and townhouses are each no less a home.