Neal Milner: Ride With The Police And Discover How Much They're Like Us - Honolulu Civil Beat

Neal Milner: Ride With The Police And Discover How Much They're Like Us

The author of a new book became a volunteer officer in Washington, D.C. and was struck by how big picture thinking is discouraged and race downplayed. 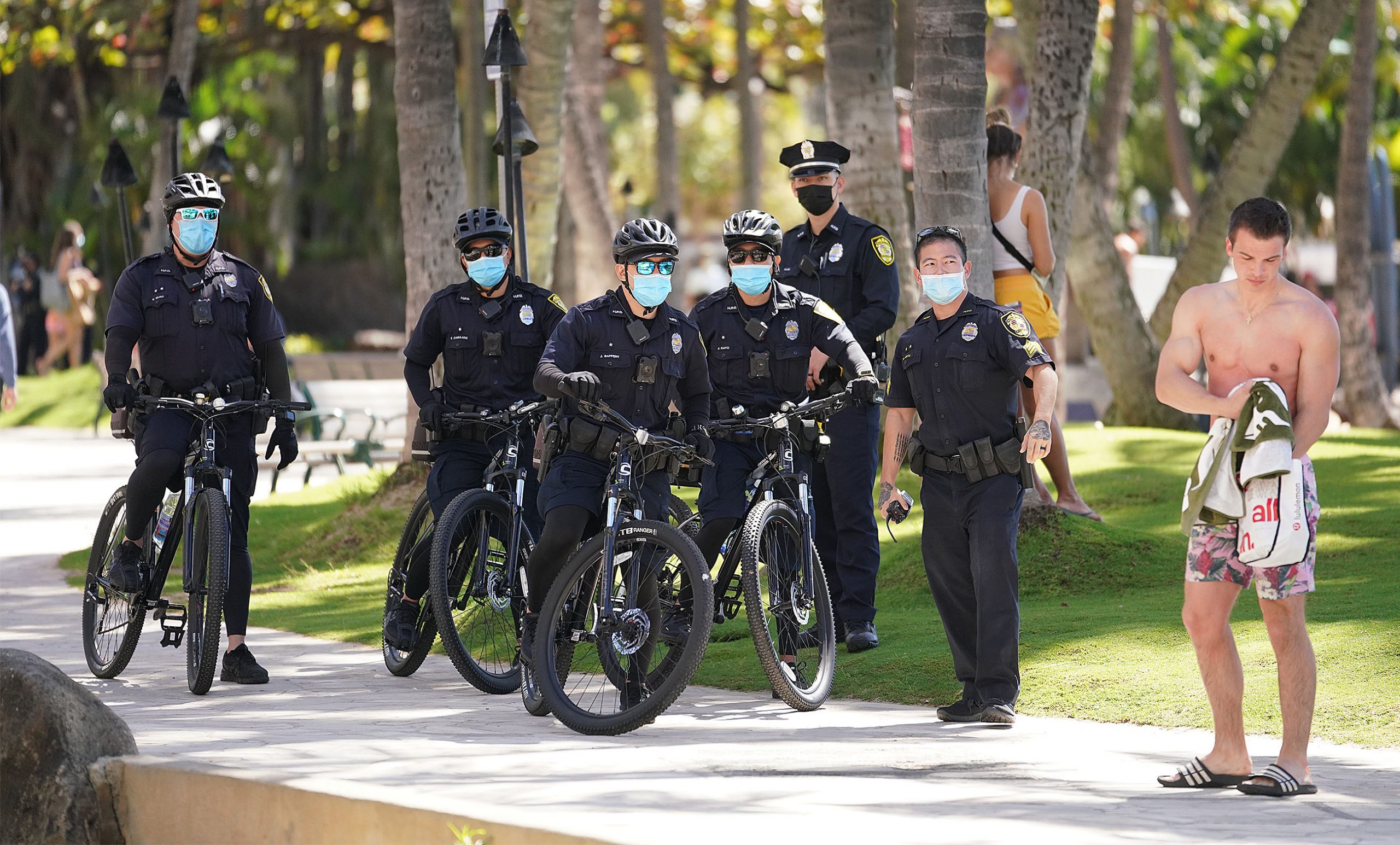 If you want to learn about the police, the best way is to be driven mainly by curiosity, to suspend all your predispositions, keep from preaching and blend in rather than chime in.

Oh, it also helps to take a job that is so encompassing that you have virtually no time to do those things above that you should not do.

That’s what Rosa Brooks did. The author of the new book Tangled in Blue became a volunteer member of the District of Columbia Metropolitan Police Department (MPD).

This is as far from a simple ride-along with Officer Friendly as you can get. Unlike most departments, MPD allows these volunteers to become virtually the same as regular street cops, provided they go through a severe 16-week training program and then put in at least 480 hours of patrol with another regular officer. Then, after being certified, the volunteer becomes virtually an officer on the streets.

Brooks is a tenured professor at Georgetown Law School. She is an internationally known human rights lawyer, a wife with two teenage daughters and herself the daughter of the famous feminist, social activist and muckraking author Barbara Ehrenreich who took her along on protests when Brooks was a child. Brooks is named after the civil rights heroine Rosa Parks.

She manages the problems that could cause just fine.

The book is full of stories based on her own experiences in the field and her reflections about them. “Reflection” is an over-the-top way of describing them. She and the other cops are too busy in the moment to reflect, certainly not on the big picture, but hardly even in a little picture way. The job, she says, is almost impossible to do well.

The book is really a collection of stories of her experiences, so the insights the reader gets are cumulative. It will tickle and activate your discovery process.

There are a couple of things that cumulatively tickled mine. Call them basics because they are the foundation of what MPD members learn about policing.

They’re also basic because they speak to the troubling issues of policing and race that are so important right now both nationally and in Hawaii.

Basic One: The chief lesson that the officers learn in training and on the streets is that anyone can kill you at any time.

This lesson is not part of the formal curriculum but it’s clear in the way the training instructors talked about the job, the videos the officers watched and the messages they got from other officers on the street.

Police officers are mainly medics, mediators and monitors, much of which involves what officers call “bullshit jobs.” Most of HPD encounters with homeless people are like that, for instance.

Basic Two: Because of the risk, an officer in danger needs to do anything possible to protect her life. Except that there is an important caveat. You need to follow the rules because if you don’t and the department has to take heat, the higher ups will turn on you and destroy you.

Most of the recent controversial police killings involved very minor crimes or no crimes at all. Here is how Brooks described what happens when she and other trainees saw videos of some of those incidents.

“We watched the same videos the rest of the country was watching, but we had learned to see different things.

“Ordinary people might see a cop brutally murdering someone who hadn’t done anything wrong, but we could see an officer reacting as we had all been trained to react. True, the guy who got shot turned out to be reaching for his cell phone—but it could just as easily have been a gun, right?”

Those most likely to be killed are, of course, Black people, so race is a factor. Except that …

Basic Three: “It is not about race.”

In the eyes of the MPD officers, it is not about race in two ways. (Three-quarters of the MPD’s recent recruits have a college degree, and a sizable percentage of the officers are Black.)

Second, race is one of those undiscussed big picture items because “policing is not about race.” As one of the trainers – a Black ex-Marine — put it, “You graduate from my academy, you gonna go out there and treat people right! You the police. I don’t care if you got a rich white lady in Georgetown or a black drug boy in Southeast.”

“And I don’t care what color you are, black, white, yellow, brown, or purple. From now on you all gonna bleed blue.”

When instructors did talk about race, it was only to emphasize that race does not matter. That’s pretty much the same thing Honolulu’s ex-chief Susan Ballard said defending HPD shortly before she resigned.

Recruits talked about it among themselves but “it was clear that most recruits weren’t comfortable talking about race. We were all blue now, weren’t we?”

Occasionally while on the job, Brooks would mention books that talk about the links between policing, incarceration and racism.

As a rule, the officers would have none of that. As she put it, racism has so penetrated American society that the police officers simply don’t see it.

Officers are not encouraged to think that way. As recruits, they learn that there is no percentage in asking questions. “The police academy and roll call room aren’t like university classrooms. Instructors aren’t going to pat you on the head for highlighting contradictions or ambiguities.”

What’s significant about this is not how different police officers are from most of us. Rather it is how similar they are. Many Americans, mostly white, also think that it’s not about race.

Furthermore, people generally don’t like to think about ambiguities and contradictions, particularly regarding their own beliefs.

So, here’s the thing. Partly, we need to change the police: better training about racism, violence reduction programs, diverting some activities away from the police, who presently must handle them by default. Programs like that already exist, with some success.

But that’s the easy part. The harder part relates to how much the police are like the rest of us when it comes to thinking about crime and race. Teaching about race has become more controversial. Whites and Blacks have very different attitudes about policing. A little over half of white people have confidence in the police while only less than one-fifth of Blacks do.

Republicans and Democrats are as polarized on this issue as they are on everything else.

Right now, it feels as if changing the police is a high priority. Maybe so, but we shouldn’t be naïve about how successful those changes can be when so many of the rest of us think pretty much the same way as Brooks’ fellow officers do. 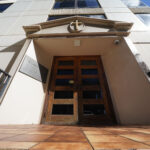 Thank you, Neal.  I was thinking about reading this book.  Now, I definitely will.

Racist, racism, discrimination, bias, and inequality are related to the belief that a certain segment of our population are being treated unfairly.  And this isnât very far from the truth.  But I would confidently say that none of these characteristics enters the mind of a police officer that has to make a split-second decision to shoot, or donât shoot when he or someone else is threatened with death or serious bodily injury.Itâs only after a long-term sanitized investigation, that as a police officer, your motive is questioned, irrespective of the explosive, dynamic, and ever changing situation whereby a split-second decision had to be made at that very moment.  Couldnât you just "wound" him is often expressed.  Answer:  No, police donât shoot to wound.As such, I seriously question the label of a racist police officer under these types of circumstances.  But a knee to the neck of a handcuffed non-threatening manâ¦now thatâs a totally different story, and indefensible.

And yet, according to a Gallup poll conducted between June 23 and July 6, 2020, 81% of Black Americans want the same level, or more, of police presence in their neighborhoods. Having lived in a rough inner-city neighborhood for nearly 6 years back in 1990s-2000s, I am intimately familiar with the reason for this apparent discrepancy: thugs and misfits tend to victimize first and foremost the people in their own neighborhoods, and their innocent victims have increasingly little confidence in the ability of the police to protect them.