Peter Apo: How To Build A Virtual Hawaiian Nation

There is a vast network of outstanding Hawaiian organizations. What's missing is leadership. 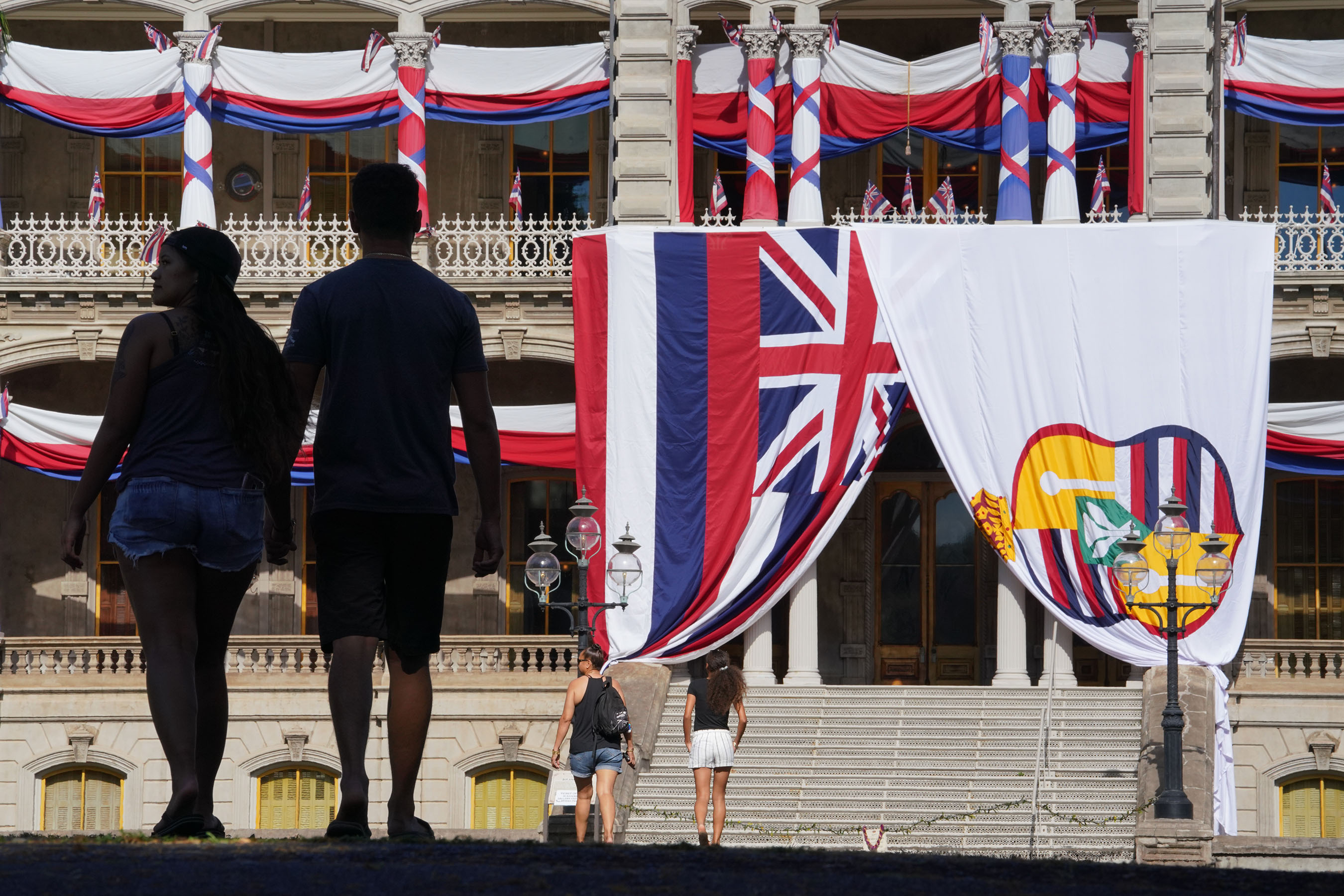 This is an attempt to map out what I would describe as a virtual Hawaiian nation. Virtual is defined as almost or nearly as described, but not completely. Hawaiian refers to being of Native Hawaiian ancestry. Nation is defined as a large aggregate of people united by common descent, history, culture or language, inhabiting a particular country.

To be clear, the virtual Hawaiian nation I frame here is not intended as a reference to the Hawaiian Nation or Kingdom of Hawaii that was established by King Kamehameha I that did not require Hawaiian ancestry for citizenship.

The virtual Hawaiian nation, composed of the Hawaiian population, is framed by a sprawling network of Hawaiian organizations ensconced across the state. The network is a rather stunning and fascinating kaleidoscope brimming with scores of institutions, organizations, neighborhood-based social networks, and leadership clusters.

The network of organizations underpinning the virtual Hawaiian nation is topped off by what I refer to as the “Big Five” of Hawaiian institutions because of their economic capacity. Sparing you the details of each institution’s purpose, the five include the Kamehameha Schools, Department of Hawaiian Home Lands, Liliuokalani Trust, The Queen’s Health Systems and the Office of Hawaiian Affairs.

Each institution is committed to separately mandated missions that service Hawaiian beneficiaries, with the exception of Queen’s which also serves the general public. What is compelling about these five institutions, aside from their separate missions, is the enormity of their collective economic capacity. Led by the Kamehameha Schools portfolio, these five institutions have at their collective command millions of dollars in liquid assets and hundreds of thousands of acres of land in fee title.

Then there are four most interesting organizations referred to as the Royal Societies. These four groups were founded by the alii, the ruling chiefs. They are steeped in history and share a common goal of perpetuating Hawaiian culture and traditions.

These are the Royal Order of Kamehameha I and sister organization, Na Wahine Hui O Kamehameha I, the Ahahui Kaahumanu, the Hale O Na Alii of Hawaii, and the Daughters and Sons of Hawaiian Warriors, also known as Mamakakaua.

The Royal Societies provide an important emotional link to the days of royal rule of the Hawaiian Kingdom and a restored sense of cultural dignity. The mix includes a rich assemblage of Hawaiian culturally-based organizations, too many to specify, that include hula, visual arts, literary arts, voyaging arts and canoe racing associations. The Pai Foundation, whose mission is to preserve and perpetuate Native Hawaiian arts and cultural traditions for future generations, is an example.

An important aspect of the network, although not formal organizations, are certain Hawaiian dominated neighborhoods such as Waimanalo, Molokai, Hana, Waianae, Maili, Nanakuli, Makaha, Papakolea, Kekaha, Kau and Milolii to name the most obvious.

Lastly, there is the most fundamental of Hawaiian gathering institutions which are the Christian churches dominated by Hawaiian congregations under Hawaiian leadership. The two most obvious are Kawaiahao and Kaumakapili churches on Oahu.

What links this vast array of Hawaiians across the state is a haunting sense of the unfinished business of the 1893 overthrow of the Hawaiian Kingdom followed by the 1898 annexation to the United States.

The Future Leads Through The Past

There is an expectation throughout the network that someday the overthrow and annexation needs to be fully addressed. The demand for some form of reconciliation that may include independence, as unlikely as that may seem to some, continues to bubble. In any case, a legitimate political and economic opportunity for the Hawaiian community to exercise a full measure of self-determination needs to be aggressively pursued. Of course, what that full measure might look like depends on who’s turning the kaleidoscope.

The readily apparent three basic political choices that would shift Hawaiians’ status from a virtual to a bona fide nation are: nation within a state, nation within a nation and independence. I would not rule out status quo as a deliberately preferred option by some Hawaiians who are satisfied with the way things are.

I would be remiss not to mention that there was an aha (Hawaiian convention) convened in 2016 that produced a Hawaiian constitution. But absent the resources and voting rights restrictions to ratify the document in a Hawaiians-only vote (cannot use government resources) the document sits waiting.

That constitution could be put on the table as an option. The irony is that it does not directly address any of the options. What it does is mandate a leadership structure to then pursue the options and I assume return to the Hawaiian citizenry for ratification. I expect other models will surface as part of the deliberative process including opening citizenship to non-Hawaiians.

A Call For Leadership

It will not matter how many visions of a Hawaiian future can spring from this vast network of Hawaiian organizations if we cannot find a way to constructively engage each other and agree on a strategy to navigate the steep climb up the mountain to a preferred Hawaiian future shaped by Hawaiians. There is no more important call for leadership than unification.

It’s puzzling that with all the great work occurring in the broad-based network of Hawaiian organizations, the availability of talented Hawaiian leaders in every sector and the availability of resources that could be collaboratively generated, there is a disappointing reluctance of leaders willing to pick up the gauntlet. I would characterize the plight as an ant hill without a queen.

The pandemic presented an opportunity to hit the reset button, reenergize and renew the commitment to righting the wrong of the overthrow, seek justice, activate the virtual nation and navigate a full measure of self-determination wherever that might lead.

OHA Should Serve As Convener

There is one organization, the Office of Hawaiian Affairs, constitutionally created in 1978, that I believe was intentionally envisioned to serve as a center of gravity for all things Hawaiian. But OHA cannot be all things to all people.

However, I do believe there was an expectation that OHA would provide, as a priority, a unifying leadership strategy that brought the Hawaiian community together. I can’t think of a more profound mission for OHA to pursue. It would be a great start if they could at least convene with the other four pivotal Hawaiian institutions I characterize as The Big Five and kick-start a dialogue. Imua. 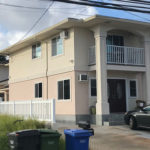 The Solution To Monster Houses Is Affordable Housing

Peter,.  I think we have won the cultural battle.  My children who teach in immersion schools and work in aina based programs are proud of their Hawaiian identity and value this place.   My worry is culture does not in itself provide the economic and political answer to the four basic needs that all men and woman desire: shelter, food, health care and education.Challenge the Big Five you mentioned to lead a transition from a "pure market based" capitalism toward "social democracy like Findland, Norway, Denamark who are the happiest places on earth. Incidentally they all have kept the symbolic role of monarchs, alii and royalty so as not to break their connection to their cultural past.  They demonstrate empirically civic and racial strife descend from an inability to meet peopleâs basic needs. Letâs find models of success and replicateânot fight racial or symbolic theater that doesnât help people now in their one short and precious life. What Eddie and Nainoa and Haunani have done in the intellectual realm of going toward the unknown we must now see from Hawaiian economic leaders who have the hoi in hand to make life better on the ground. Who will take the first step?

Mahalo Peter for presenting a fairly comprehensive overview of who's who and adding your insights.

...and why would they want to give any of that up?