The Solution To Monster Houses Is Affordable Housing

Create the latter to get rid of the former.

Micah Hicks lives in Manoa and works as an engineer. He is the chair of the economic justice committee of Young Progressives Demanding Action Hawaii.

It was with some amusement that I read Denby Fawcett’s recent piece on monster houses. Amusing because one of the houses cited in the article, and mentioned with disdain in the comments, was 1746 9th Avenue, briefly my home.

Not, mind you, as an owner — home ownership for me remains a daydream — but as a tenant. It is this fact that convinces me that monster house critics have no idea what they are talking about.

Critics of monster houses occasionally present themselves as disinterested citizens concerned only with the more banal issues of city planning: sewers, street design, regulations and “impermeable surfaces” (a term few outside of the U.S. Green Building Council have even heard). Well, so far so good, I suppose, for the armchair city planners. These are issues pertinent to a well-functioning and ecologically sound city. Though they are issues already accounted for in our planning and permitting process.

More often, monster house critics trade in the same anxieties so many locals have. They lean into our worries about being displaced by wealthy outsiders and fears over the loss of a culturally local Hawaii. They argue that monster houses are “changing the character” of the neighborhood and that the owners are millionaires pricing locals out of Hawaii.

These fears are not wrong. Locals fear being displaced because we are being displaced. We fear a loss of the sentiments and culture that make Hawaii unique because we really are increasingly importing our language, television and politics from the U.S. mainland.

But there are several problems with this argument as monster house critics employ it.

The first problem is simply chronological. What really represents the defining point of a neighborhood’s character? My father frequently recounts how Manoa in his youth was still filled with farms and cows. Much of what is called Manoa’s neighborhood character is younger than him. Why should the current snapshot of Manoa serve as the defining one? Why wasn’t it the farms? Why not some future state?

At bottom, this argument is just a statement of preference. The neighborhood is just so, and I want it to remain just so. And while “I want it that way” makes for a catchy pop tune, it is substantially less appealing as an argument.

The main reason that the whole “character of the neighborhood” argument falls flat is this: Buildings are not the bulwark of culture or character. People are — or more specifically, communities. To be sure, buildings matter, but people matter more. There are happy neighborhoods in slums and miserable ones in California suburbs. There are beautiful, spacious single-family homes in Detroit in all but abandoned neighborhoods. The buildings are the same, but the character of the neighborhood is quite changed from the 1960s and ’70s.

What defines a place is the neighbor who always says “alohaaaaa” to the kids playing on his street no matter how bad his day at work was, like my childhood neighbor. Or the neighbor who always has the Saturday get-togethers with old timers playing cards late into the night on their lanai right across from condo towers, like the families in Salt Lake where I used to dog-sit for my brother. What defines a place is not buildings, but community.

Which brings us back to Hazlitt’s quote. Monster houses are not, as some seem to imagine, the dream home of some tasteless millionaire. They are a way to make cheap rentals, or perhaps a way for a family to split a mortgage.

Critics of monster houses are not tilting their lances against some foul, all-powerful invading foreigner come to sweep away our way of life. They are railing against what is one of the few functioning models for affordable housing.

Now to be sure, monster houses are a terrible hack. They are not what affordable housing should look like. But they are one of the only successful models for it in Hawaii. They exist because someone found a way to make a buck off building housing the people could afford. If individuals and families had better options, monster houses would cease to be profitable and so cease to be built.

By no means am I an advocate for monster houses. They are ugly and a nuisance. I think monster house critics and I want the same thing — to protect the character of Hawaii neighborhoods.

But for me protecting the character of Hawaii means making sure that Hawaii is a place my siblings on the mainland could afford to return to and raise their families. Protecting the character of Hawaii means making it a place where the people who make up the foundational experiences of our lives can remain in our lives. Not a place filled with “Historic Home” placards.

That means that the best way to stop a monster house in your community is becoming an advocate for affordable housing in your community. It means holding an unhappy hour for multi-generational families who live stacked on top of each other. It means exploring options like land trusts and co-op housing that could insulate local families from the dual pressures of overseas and investor buyers. It means working proactively to identify where in your neighborhood affordable housing developments could go so that not every proposal ends up shouted down at the neighborhood board meeting.

When we can come together around housing as a community concern for everyone, monster houses won’t be built and I could see my nieces and nephews more than once a year. 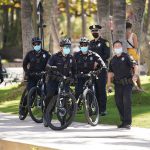 Neal Milner: Ride With The Police And Discover How Much They're Like Us

Micah Hicks lives in Manoa and works as an engineer. He is the chair of the economic justice committee of Young Progressives Demanding Action Hawaii.

Two things.1. These "monster" homes must be OK because they're getting through the permitting process. If this isn't supposed to happen, fix the process. If this isn't what people want, amend the permitting requirements. Don't cry foul after permits are approved, by that time it's too late to do anything about it.2. We will never have "affordable" housing when the building requirements get more complicated every year. Double-walled construction and double-paned windows and a hermetic seal test? "Think how much you'll save on air conditioning!" Guess what, I'm saving 100% by simply not having air conditioning in the first place, and that makes everything much more "affordable".

In reality that is 100% nonsense.Monster housing is being built in defiance to building codes.They wouldn't exist if DPP followed the laws they are charged with upholding.

Great article Micah. People also ignore the use of tents and cardboard boxes as a cure for homelessness. Maybe you could do an article on that next.