Elon Musk’s electric vehicle, while not quite ubiquitous, is tops for market share among local luxury cars. 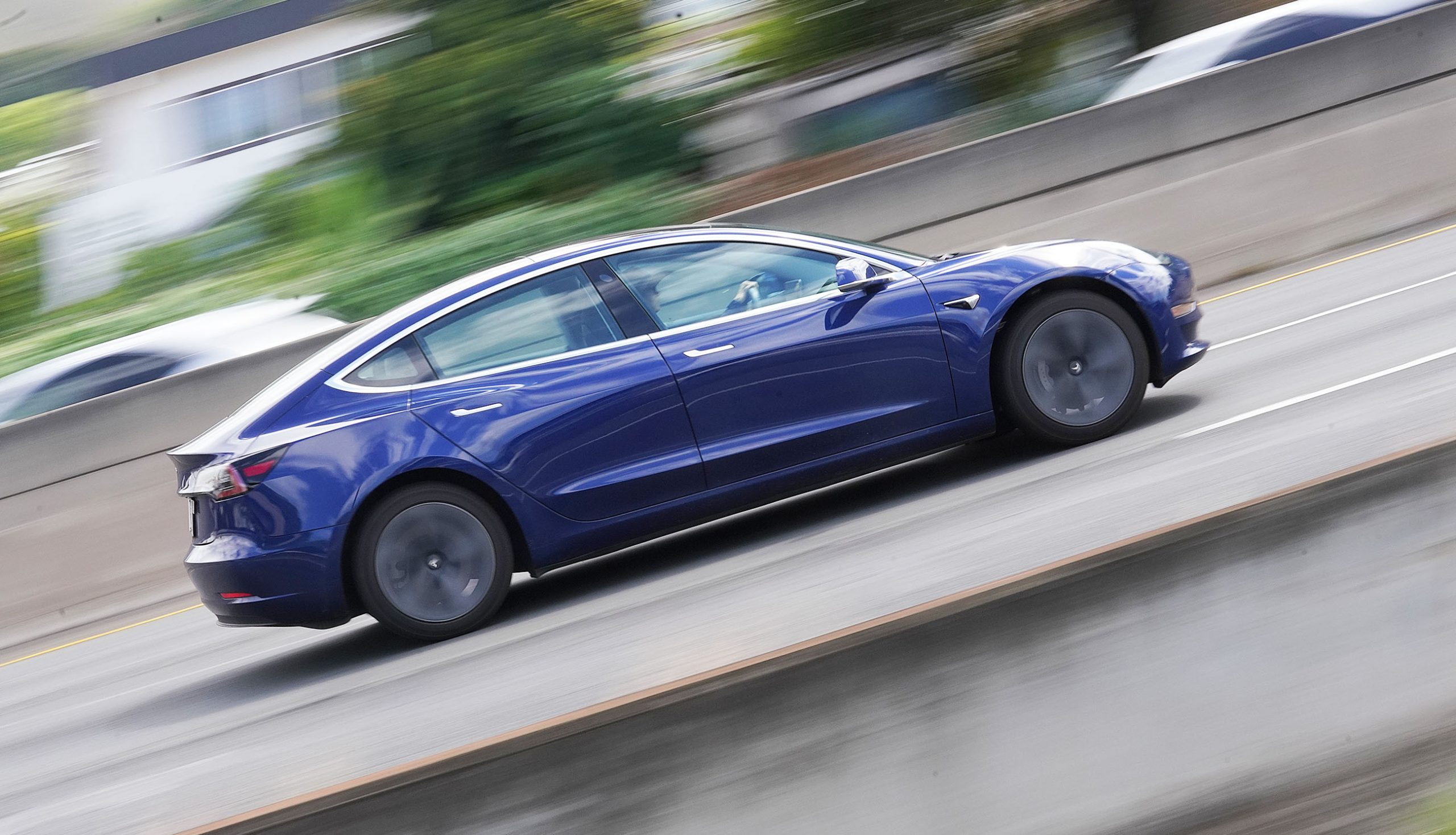 I have a little game I play whenever I drive my car: I count how many Teslas I see on the road and in parking stalls. Then, I “piggybank” a quarter for every sighting.

With so many Teslas on the streets of the City and County of Honolulu these days, I should have enough quarters to buy myself a Tesla by, say, the end of the year.

OK, I’m exaggerating. But it’s true there are more Teslas in Hawaii, and the trend is growing.

And yet, something about seeing all the Model S, Model 3, Model X and Model Y Teslas around town has me mourning the homogenization of vehicular transportation. I say this as someone whose family growing up owned at one time or another a Volkswagen Beetle, a (used) Cadillac Sedan and a (new) Chevrolet Monte Carlo.

The 570 Teslas registered in Hawaii in the first quarter of this year are far below the 3,088 Toyotas (which have the largest market share at almost 26%) and 1,856 Hondas (the second-largest share at 15%) registered during the same period, according to AutoCount data from Experian and published by the Hawaii Auto Dealers Association.

But registrations of Teslas, which amount to 4.7% market share, were up nearly 24% as compared with a year ago, while Honda dipped 1% and Toyota was down almost 16%.

And, while the Toyota Tacoma has the largest market share among top-selling brands through March at 7.2%, and the Honda CR-V has the fourth-largest share at 3.6%, the Tesla Model 3 and Tesla Model Y are not far behind at 2.2% and 2.1%, respectively.

Tesla is also far and away the most popular luxury car brand in Hawaii with a 40% market share, followed by BMW with 18.7%, Mercedes with 13.3% and Lexus with 7.8%. And Tesla enjoyed the second-largest increase in new retail light vehicle registrations, trailing only the Lincoln.

Tesla was founded in 2003 “by a group of engineers who wanted to prove that people didn’t need to compromise to drive electric — that electric vehicles can be better, quicker and more fun to drive than gasoline cars,” according to the company’s website.

Today the company, which has factories in Fremont, California, and Shanghai, China also builds clean energy generation and storage products.

“Tesla believes the faster the world stops relying on fossil fuels and moves towards a zero-emission future, the better,” it says.

The company and its CEO Elon Musk also have plenty of critics and a detailed, heavily sourced Wikipedia page documents the concerns. They range from potential safety issues to “questionable business practices” including alleged fraud, a history of environmental violations, disregard for workers’ safety and Musk’s excessive compensation package.

Lately, the automaker has made headlines with its still-in-progress effort to develop self-driving cars.

But Tesla is a huge success story, doubling its EV sales in the United States this year and “growing at a faster clip” than the broader U.S. car business, the Wall Street Journal reported.

Last week, the company reported $1.14 billion in net income in the second quarter — a milestone. The results “blew past analyst expectations and marked the first time the company’s quarterly profit (on a generally accepted accounting principles basis) has passed the three-comma threshold,” TechCrunch reported.

No less an authority on geniuses than Walter Isaacson — biographer of Benjamin Franklin and Steve Jobs — thinks very highly of Musk.

“Each step of the way, critics dismissed him as crazy,” he wrote in a recent review of two new Musk bios for The New York Times Book Review. “But he has ended up illustrating Jobs’ maxim that the people who are crazy enough to change the world are the ones who do — especially when they combine a deep understanding of technology with passion that is connected to a higher mission and purpose.”

Back at home Tesla is garnering more attention, too — good and bad.

In April the Hawaii Department of Transportation picked up its first electric vehicle — a white Tesla — “as the result of an innovative service contract that is expected to help electrify its entire light duty fleet,” according to the Honolulu Star-Advertiser.

The goal is to reduce or convert the State Highways division’s entire fleet by 2028. But, as state workers started driving more EVs, KHON reported in June that there were concerns that the DOT was going with the luxury Tesla rather than buying cheaper EVs like Chevy Bolts.

In a related development, Gov. David Ige signed into law on June 24 a bill requiring the state to have a 100% zero-emission light-duty fleet by 2035.

That sounds good and suggests we may see more Teslas on our roadways.

But then I saw the Hawaii News Now report last week about a Big Island attorney taking legal action over alleged defects in his Model 3. The problems come, as HNN reported, at the same time that “multiple national media organizations reported Tesla was having production problems because of the demand for the new cars.”

Still, the trend toward EVs seems inevitable. The Washington Post reported Thursday that Ford, General Motors and Stellantis (formerly Fiat Chrysler) will soon join President Joe Biden in offering support for a shift to having electric vehicles comprise 40% to 50% of their new car sales.

So, is Tesla the right car for me? I’m not there yet, but I have friends who are. The rising price of gas, currently about $4 per gallon, certainly is a good reason.

I did take a peek into the interior of the Tesla on display at the Tesla store in the International Market Place, one of only two stores in the state. The other is at Ala Moana Center, and there is a service center in Kakaako. I saw a large computer screen to the right of the steering wheel, no dashboard and two large cupholders. (The sales clerk would not let me inside the car.)

You can’t drive the new car off the lot, though, as there is no actual lot. Instead, plunk down a $100 deposit and your car will come in by Matson barge in a couple of months. 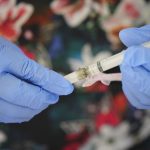 Watch for the disruption to follow.  Legacy automakers are coming out with their EV models which will have to cannibalize sales of money making ICE car lines and at he same time feed they dealerships who have all those bodies feeding from the same trough.  Worse, legacy automakers are way behind in providing public charging stations. Some of this existing transportation model will be changing in a big way.

Every so often, CB & other local news outlets have stories where people bemoan the lack of street parking, b/c so many motorists here park their car on the street. Very common among Hawaii households to have more vehicles than they have space to park on their property. So if EVs become mandatory, where will those cars get charged, if those owners have no garage? At a charging station? If so, our state (esp. Honolulu) is going to need a lot of those stations. EV adoption does not equate to homeowner status, esp. in Hawaii. All those folks renting or living with an extended family & parking on the street are going to be spending a whole lot of their time at those charging stations. Without enough charging stalls, those places are going to be even more of a parking lot than the Iwilei Cosco gas station is now.EV proponents in Hawaii have a whole lot of work to do.  We are far from being prepared for 100% EV adoption.

Is there an engineering reason that EV's can't have solar cells on their roofs?  It might not be enough area to keep the car fully charged but it might help.