Denby Fawcett: How The Magic Of China Walls Became A Menace

Once the haunt of serious surfers drawn by the long wall of water, it's now the site of many rescues, official and unofficial. 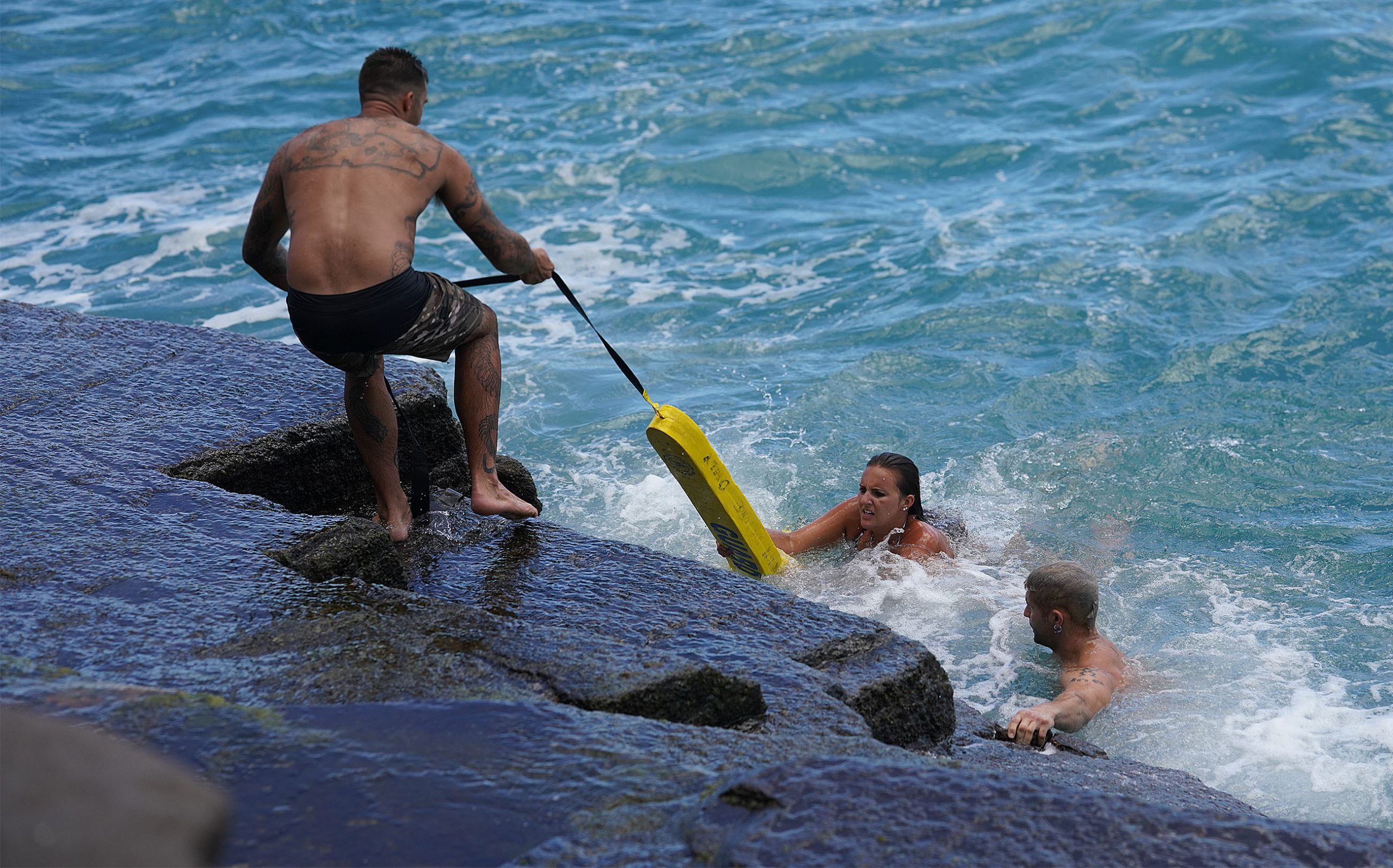 It is August, only eight months into the year, and already there have been more ocean rescues at the Hawaii Kai surf break known as China Walls than any time in the last seven years.

Honolulu Ocean Safety and Lifeguard Services Division has had 16 calls in the period from January through mid-August. That’s compared to years like 2015 when there were eight rescues the entire year or the one rescue at China Walls in all of 2018.

Ocean Safety’s Lt. Makena Hart says the actual number of rescues is much higher because many rescues have gone unrecorded after surfers and bystanders acting as good Samaritans bring distressed swimmers safely to shore; the once-imperiled swimmers then walk away unscathed.

Surfers’ most recent rescue was Sunday evening when they pulled an unconscious man with head injuries to safety and rendered aid before Emergency Medical Services transported the victim in critical condition to a trauma center. The California man had been unable to get out after he jumped in.

Because China Walls has become such a hotspot for rescues, this week the ocean safety division is ramping up on Jet Ski patrols and keeping rescue trucks in the area on alert for what are expected to be among the largest south swells of the year — waves with up to 10 foot faces.

Hart says the swimmers getting into trouble at China Walls are about 50-50 tourists and local residents.

He says locals have been coming to “Chinas” in larger numbers than usual because pandemic restrictions have prevented them from enjoying many of their usual recreational activities, such as gym workouts and team sports. They are looking for new things to do. They are inexperienced and don’t respect the danger of the area.

Others are drawn to China Walls by dramatic social media photos of people jumping off the volcanic ledges into the surf.

Travel blogs — such as one named “Simply Wander” — downplay the danger, recommending so-called secret places on Oahu and saying: “It is such a fun spot for cliff jumping and snorkeling” and “There are different ledges of varying heights to jump off making it a great spot for kids and adults.” Kids? Really? That’s absurd. China Walls is a dangerous place even for experienced water athletes, especially in summer south swells.

To be fair, the author of the blog does add, “ Just be sure your kids are strong swimmers or use a life jacket.”

China Walls can seem deceptively safe when a swimmer looks out at the flat water between wave sets.

But Hart says, “High surf can come in rapidly, really rapidly. The currents can be strong. If you are standing on the rocky ledge overlooking the water, you can be swept off. If you have jumped in the water, you can be swatted back and forth onto the rocky ledges. Lifeguards responding to calls can face the same dangers. If the rescue is close to the ledge, the rescuers face getting smashed against the rocks themselves. There is no easy exit.”

Honolulu Emergency Medical Services Department spokeswoman Shayne Enright says China Walls was never meant to be a swimming place. “Once it was frequented only by experienced surfers,” he said. “Now there are so many people going there, hanging out, drinking, watching the sunsets, jumping in.”

She says the ocean safety division does not have a tower at China Walls because there is no place to put one and the city doesn’t want to encourage more people to go there.

Retired Honolulu Fire Department Deputy Chief John Clark has surfed China Walls for years and been in charge of many rescues there.

He says of the swimming danger, “The easy part is jumping in. The hard part is getting out. You have to be agile and quick to get back up the cliff face.”

He says people jump in, then panic when they can’t get out and that’s when they get in trouble.

Nobody is more dismayed about the drownings and near drownings at China Walls than Richard Okita, the Kuliouou resident who named the surf break in 1948.

That’s when Okita and his teenaged friends started riding their bikes on the dirt roads the Army built out to the end of Portlock Point during World War II.

There were no houses then, no Koko Kai subdivision, just fields of brush and kiawe trees with fishermen perched on the rocks and cliffs, trolling for ulua.

One day, Okita and his friends caught an unusually long and powerful wave on their paipo boards.

Okita had just learned about the Great Wall of China in his history class at St. Louis School, then called St. Louis College, and exclaimed, “It is like the Great Wall.” He remembers the wave, high as a wall, stretching nearly half a mile.

The name got pluralized to China Walls just as the names of many surf breaks in the 1990s started getting changed to plurals such as Cromwells, Kaikoos, Browns and Pops.

Okita remembers the friends who biked out to the China Walls break with him: Alexander Brenner, Clifford Murakami, and Roger and Donald Ishii. And their progression from paipo boards to hollow wooden long boards to balsa boards.

Okita is 88 now and worries about social media luring people to China Walls. “There are huge crowds there all the time, people jumping in the water, not realizing how difficult it can be to get out,” he said. “People are not afraid of anything today. They are oblivious to the danger.”

Okita became an electrical engineer, an airplane and helicopter pilot and the owner of a Honolulu aviation company. He remembers with fondness the carefree days in the 1940s and ’50s when he and his teenaged gang had the China Walls break all to themselves and when their bike adventures extended all the way to Sandy Beach, where he believes they were among the first to body surf the shoreline.

People today mistakenly think the cliffs over the ocean are the China Walls but Okita says it is something more rare, more special: huge, long waves breaking over the reef, that he says come only about 10 times a year, usually in July and August. To experienced surfers, the phenomenon is unforgettable.

Attorney Greg Kugle, who grew up in the Hawaii Kai area and has been surfing at China Walls for 40 years, has saved many distressed swimmers from drowning. He says surfers rescuing swimmers has become an increasingly common occurrence, especially in the wave surge months from April until October.

On July 25, Kugle dove off his board to save a 20-year-old Oahu man who he watched struggling before going under water one last time. He pulled the unresponsive man onto his board and took him to shore while a bystander called 911.

By doing cardio-pulmonary resuscitation, they managed to revive the man before ocean rescue and EMS workers arrived to treat him and transport him to the hospital for more medical treatment.

About two weeks later, Kugle and other surfers rescued five people who had jumped in the water at China Walls and then panicked when high waves kicked in and they were unable to climb out.

“All five of them emerged with a few small scrapes but many big stories to tell when they got home,” Kugle said.

Honolulu lifeguards like Lt. Hart say there would be many more drownings at China Walls without the intervention of good Samaritans like Kugle and others.

“They are truly the real heroes. They get the panicked swimmers to calm down. They carry them on their boards to shore. Their help is invaluable.”

There is no legal way to stop people from going to China Walls, but Okita, who named the place, says before anyone goes they should first talk to an experienced person who can explain the dangers of this beautiful but perilous shoreline. 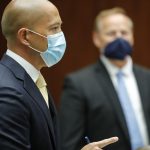 Signs â¦ lots of them; bloggers should be muted; travel books should be updated stating number of rescues, hospital injuries & deaths.At all "hazardous" tourist destinations.& remember "locals" also means people who have transplanted here in the last 5 or so years & their circle of "new" friends are probably as inexperienced as they are !!

The problems of visitors being in trouble with our outdoor environment and attractions will continue because of the causes listed in the article and partly from people growing up in places not exposed to the dangers and hazards residents here are familiar with.  Even with widespread posting to tourists of potential hazards there will still be those who overstate their own abilities and add in the decline of common sense thinking, this problem will not go away anytime soon.

After reading Richard Okita's retelling of the origin of the name of that place at Portlock, I understand that he called the area name as 'China Wall' and am curious how the place name became China Walls.