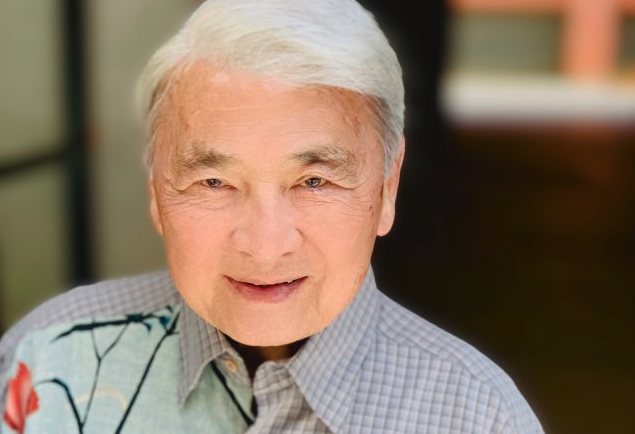 During the pandemic, Hawaii-born actor Alvin Ing was performing on stage, on Zoom, shooting a BTS dance cover video and giving interviews right up until he got sick.

In mid-July, the 89-year-old Broadway veteran was diagnosed with pneumonia. A few days later, tests showed he had COVID-19, though he had been fully vaccinated. After two weeks of battling COVID in Providence Saint Joseph Medical Center in Burbank, California, Ing died on July 31.

His long career included roles on Broadway in “Pacific Overtures” and “Flower Drum Song,” in the national touring company of “The World of Suzie Wong,” and in films such as “The Gambler,” “Stir Crazy” and “Smilla’s Sense of Snow,” as well as many television appearances. One of his greatest achievements was that he supported himself as a working actor, making a living doing what he loved. His legacy is in the battles he fought for roles for Asian actors on stage and on screen.

“He was the beloved link between generations of AAPI performers who had found employment and sometimes even stardom during a time when other opportunities were virtually non-existent,” said playwright David Henry Hwang. “As an AAPI actor of his generation, Alvin faced terrible racist exclusion, yet survived as an artist with his joy and talent (not to mention his high notes) intact.”

Ing was born in Hawaii in 1932, graduated from Roosevelt High School, and got a BA in music from the University of Hawaii. A talented singer since childhood, Ing was a member of the Honolulu Community Chorus and performed with the Honolulu Community Theater, which later became Diamond Head Theatre. Though he loved musical theater, he didn’t think an acting career was possible, so he set out to become a music teacher. He moved to New York to get a master’s degree in education from Columbia University. It was there that a friend convinced him to audition for musical theater.

Though he won roles in big productions, they were often a certain kind of character, for example, the Asian “houseboy” in “Auntie Mame,” a role he played many times. In those days, he told an interviewer, even the adult Asian characters in “The King and I” were not played by Asian actors.

“We generally don’t get the leading roles. We tend to be the maids, the clerks,” he said in an interview with the Honolulu Star-Bulletin in 1989. “You can confront people about it, but you take a chance doing that, maybe losing the job. Now you can say, well, you have to stand by your principles. Yes, you do. But on the other hand, there are so few jobs, it really becomes a struggle with oneself, within your own conscience and your own ideals. Do you accept the job that’s demeaning, or do you turn it down and not work, perhaps for a long time?”

This was a question he asked himself often. Ing did not say yes to every role. He notably turned down a part in a 1981 Peter Ustinov film called “Charlie Chan and the Curse of the Dragon Queen.” The film was later criticized by the Association of Asian-Pacific American Artists, which advocated for realistic and positive portrayals of the Asian Pacific American experience on film and TV — a group in which Ing was active. He was a founder of Theater for Asian American Performing Artists which focused on protesting racial stereotypes and promoting job opportunities for Asian American actors.

He is known best for his role as the romantic lead, Wang Ta, in “Flower Drum Song.” “I think I’ve portrayed Wang Ta as often as anybody in the business,” he told the Sacramento Bee in 1969 while in the middle of a national tour of the show. “I have gone back and forth across the country from Hyannis and Cohasset to Fort Worth and Las Vegas. In Nevada we did two shows a night for six months, which totaled 360 performances.” In recent years, he played an elder character in the remake of the musical.

Tim Dang, former artistic director of East West Players in Los Angeles, worked with Ing on several theater and advocacy projects. “Alvin became a stalwart part of the musical theater productions at East West Players, playing such iconic roles as Beadle Bamford in ‘Sweeney Todd,’ Roscoe in ‘Follies’ and another world premiere musical, ‘Beijing Spring,’ about the Tiananmen Square uprising. Throughout, Alvin brought a joie de vivre with a sharp and biting wit to everything. To me, as to so many through the decades, Alvin was a pioneer, mentor, colleague and friend.”

In 1989, Ing came home to Honolulu to perform in “Pacific Overtures” at Honolulu Community Theater. In a press interview for that production, he reflected on his career and how he had navigated the tricky path between playing problematic roles written for Asian actors while advocating for better roles for Asian actors. He told the Star-Bulletin, “I guess I just want to be a working actor who can say he works most of the year. I just want to work on my craft.”

A memorial concert celebrating Ing’s life is being planned for some time in November, which organizers intend to stream live from New York. The Abingdon Theatre Company has set up a scholarship fund in Ing’s name and is accepting donations here. 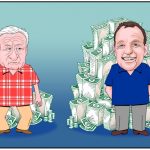 John Pritchett: In The Green

Thank you John Ing for your lifetime of advocacy in behalf of Asian Americans in the media. Your East-West  Players work fades with the years, but  the power of your performances lives!Thanks Lee Cataluna for reminding us of John.  Good luck with your plays!

I was privileged to direct the incredibly talented Mr. Ing as Nobu Matsumoto in the 1993 Kumu Kahua production of Philip Kan Gotanda's The Wash. A sweet and gentle man, it was a wonderful experience to know and work with him. May he rest in peace.

It's not EZ to write a screenplay or stage play that forces Hollywood or Broadway to cast an Asian actor.  If the story is about Asians, it would be an uphill battle to get made.  If the part is just for "Henry" or "Doris," they can cast anyone they want.  How would a screenwriter or playwright write in a part for an Asian-American actor without treading on toes?  And if you try to cast a big part for an Asian, you might not have enough actors with the track record to fit to the part.  Because they didn't get cast in small parts, they weren't able to build their way to bigger parts.  E.g. Asian not in "Galaxy Quest" for the character "Kwan."  And it could be that trying to eliminate stereotypes has reduced opportunities.Could be a real conspiracy against Asians, or unconscious bias, or it may be a writer just plain old forgetting about the issue, or that it is simply not part of the story they're trying to tell.  But without a consistent pipeline to develop talent? Truly, many fine actors never got all the parts warranted by their talent, regardless of race or gender.  See e.g. James Sloyan as the Romulan in "The Defector" (Star Trek: The Next Generation).  Tough biz.