Within a generation, we can grow a wealth of native micro-forests within our urban and suburban cores. 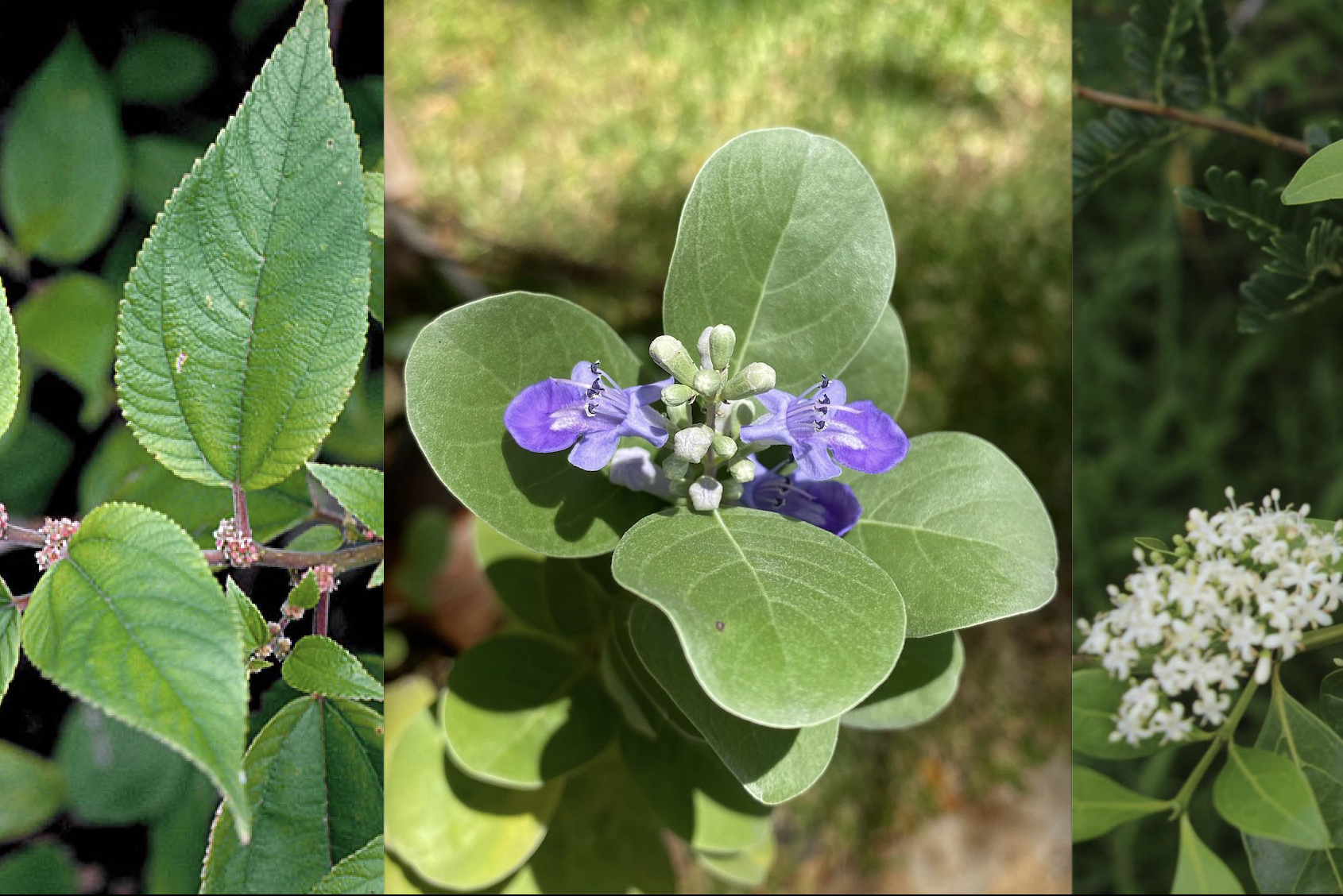 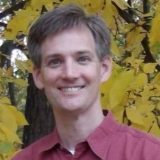 Travis Idol is president of Hawaii Forest Institute and a professor of tropical forestry and agroforestry at the University of Hawaii at Manoa. 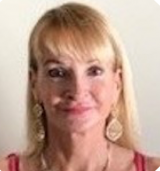 There was a time in Hawaii when nature stretched uninterrupted from mauka to makai. That pristine natural beauty is now largely gone from our densely populated urban areas — a harsh reality that has led some to view urban areas as a lost cause separate from upland forests and other protected natural areas.

Yet nature in our urban areas is important. As Hawaii’s official Forest Action Plan states: “Our islands’ ecosystems are more dramatically and intricately connected than those on continents. Because of these tight connections, integrating urban forest issues into landscape and island-wide management efforts is necessary.”

Last year, with help from the Kaulunani Urban and Community Forestry Program of the DLNR Division of Forestry and Wildlife, we at the Hawaii Forest Institute launched the “Go Native: Growing a Native Hawaii Urban Forest” project to promote the growing of native Hawaiian and Polynesian-introduced canoe plants.

The goal of this long-term effort is to create a series of kipuka, or micro-forests, within the urban and suburban core. Once we convince enough homeowners, renters, businesses and landscape architects to use more native Hawaiian and canoe plants in their landscaping, these native gardens can collectively become a human-made surrogate for the natural forests that once existed in abundance, particularly in dryland and mesic areas.

Within a generation, we can create a native Hawaiian urban forest network.

The native Hawaiian urban forest network would offer innumerable benefits to Hawaii’s people and to the land: a refuge for native animals; wildlife corridors for native invertebrates, birds and bats; the preservation of genetic variation within plant and animal species; the enhancement of cultural and spiritual links with the past.

In addition to benefiting wildlife, forests and the environment as a whole, growing native plants also requires less water, fewer fertilizers and pesticides and reduces air pollution. According to Heidi Leianuenue Bornhorst, author of “Growing Native Hawaiian Plants: A How-To Guide for the Gardener,” “many natives, especially those native to coastal and dry forest areas will help reach Hawaii’s goal of reducing wasteful watering practices (xeriphitic or drought-tolerant landscaping).”

Contrary to common perception, there are native Hawaiian plants that are very hardy and can survive in harsh conditions. They may have a role to play as climate change impacts the state.

While we know where we want to go, the road to getting there is not always clear, and there will be bumps along the way. One major challenge we have discovered is the existing landscaping aesthetic. Many homeowners and businesses seem to prefer a well-manicured, highly controlled landscape. They may pay landscape architects to design and install “instant” landscaping that is relatively fixed in time. In contrast, creating a series of native Hawaiian kipuka really involves a degree of re-wilding.

Native Hawaiian gardens, such as the one planted and managed by local landscape architect Rick Quinn near the Shidler College of Business on the University of Hawaii Manoa campus, have evolved over time as the conditions in the garden — such as tree shade and the soil biota — have changed, and some plants have flourished while others have died off.

The homeowner planting a native Hawaiian garden needs to be open to change and to letting ecological succession play out. In this sense, gardening becomes a journey of experimentation and discovery rather than a one-time installation.

At the same time, we have seen examples of flourishing gardens that use native Hawaiian plants, are well-manicured and do not change greatly over time. There is a continuum from highly controlled to wild, and where one lies on the continuum depends to a degree upon personal tastes and plant selection.

To some, the discussion of garden aesthetics may seem esoteric, but it has economic implications. Numerous experts with whom we have spoken have noted that the version of tropical or sub-tropical landscaping presented to tourists is often a generic one. A tourist can travel all over the world and see the same artificial version of “tropical paradise” that uses non-native plants such as monstera.

There is nothing unique or special about this homogenized version of nature. We believe that at a time when Hawaii is searching for a new model of tourism – and tourists are looking for authentic experiences – native Hawaiian and canoe plants have an important role to play.

While native Hawaiian landscaping may not look like a tourist’s imagined picture of tropical paradise, it is authentic and appropriate to this place. Our native flora and fauna can play an important role in marking Hawaii as a truly unique destination.

We are now creating a series of videos and a reference guide. The videos, designed for a lay audience, will walk through the stages of creating or converting a landscape to native and canoe plants.

The guide, which we are tentatively calling the #GoNativeHawaii Growing Guide, will enable gardeners, landscape architects and others to identify the different native plants most suitable to their climate zone, personal tastes, gardening or landscaping experience and other factors. The guide will enable users to look up their growing zone to find recommended combinations of plants that they can grow, that fit the zone and are thus more likely to flourish. It will also recommend plants based on other considerations, such as the type of space and landscape function, and it will provide actual sample garden plans with plant combinations, architectural drawings, etc. — providing detailed schema rather than simply a list of ingredients.

Both will provide clear guidance and take the guesswork out of planning and realizing a native urban landscape.

Diving into the details, we’ve discovered that this project requires making tradeoffs. Should we be strictly faithful to the original natural history of the particular area or include some plants that may only survive with human intervention (for example, through regular watering and fertilizing)?

Should we include plants that are endemic only to one island or only those found on all islands?

While our aim is a re-wilding of urban landscapes and the restoration and interconnection of ecosystems, we recognize that many people still prefer landscaping that is well-manicured and controlled. We are trying to appeal to these tastes, while hoping that in the long-term people may become more open to a different garden aesthetic.

Seeing is believing so we have started a sub-project to document sites around the state where people are already growing native Hawaiian plants, sometimes in combination with canoe plants. We are also planning to launch a contest so that homeowners can show off their native Hawaiian landscaping and inspire others.

Creating a native Hawaiian urban forest network will take time, but we believe it will be a positive development for Hawaii’s economy, people and aina. 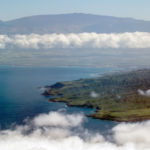 Travis Idol is president of Hawaii Forest Institute and a professor of tropical forestry and agroforestry at the University of Hawaii at Manoa.

I worked for many years at Island School, an independent non-profit PreK to 12 school on the island of Kaua'i. The school is located on 38 acres in Puhi and is planted almost entirely in native and canoe plants. When I began working there in 1993, we began a partnership with Kaulunani Urban & Community Forestry Program to help us transform the dusty former sugar plantation land into a living laboratory of native trees, shrubs and plants - each one planted by student, parent and faculty volunteers. Today the campus is a beautiful testament to the vision of the school leadership, the funding from Kaulunanai, the hard work of our volunteers and the partnership with local nurseries and botanical gardens. I encourage others to take the leap!

For example: Hawaiâi Island is home to the best collections of rare and endangered palms from around the world, and there are a few nurseries who produce them (like Floribunda) but most are exported because no one here cares enough to plant these easy-to-grow, yet endangered beauties. Gardening choices have gotten very conservative and predictable, but with the upsurge in enthusiasm for plants and the environment I hope it will change. I just hope people can embrace that a passion and drive to plant more natives doesnât have to or shouldnât come at the exclusion of worthy, non-invasive exotics. You can be a die-hard conservationist and still see the value in using exotics in the right places.

The most important and most effective thing we can do to save Hawaiâiâs plants is to protect and preserve critical habitats, and fight to greatly increase funding for this. I greatly empathize with the the idealism that is behind the desire to rewild urban spaces, but I think when it comes to all but the wetter lowland areas, it would be a waste of resources that should go to volunteering with the Invasive Species Councils or doing political organizing for increased conservation funding.Whilst a departure from Hawaiâiâs historic past, the spectacularly varied ornamental flora in our urban and suburban places gives a lot of locals and visitors joy and a priceless sense of wonder. And weâre barely scratching the surface of the beauty of what we could include. Over the last 20 years Iâve seen a sharp decline in the enthusiasm and curiosity for gardening as the younger generations are priced out and the old-timer gardening enthusiasts age out; I see the same species planted over and over, ignoring the bounty of options showcased in our priceless botanical gardens.