Neal Milner: Tourism Ain't Going Away Anytime Soon, So Deal With It

Talk of transforming the economy ignores the reality on the ground: people rely on tourism jobs, and alternatives take a long time to develop. 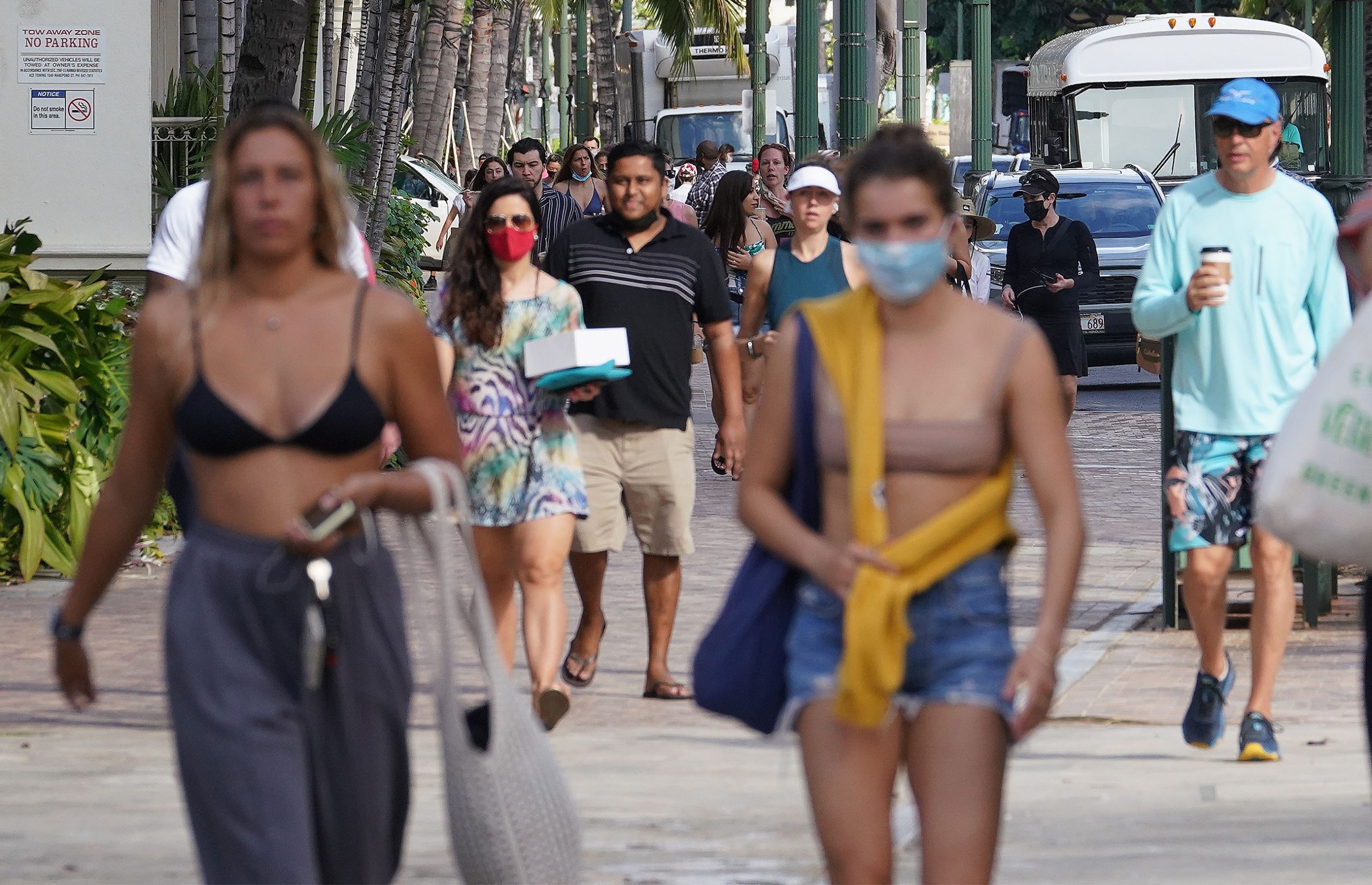 All the anger about hordes of unruly tourists misses the point, which is this: Hawaii will be the same type of tourist economy it is now, probably indefinitely.

Attempts to change this in the past have failed for reasons that are stable and extraordinarily hard even to dent. Those obstacles are still here and not going anywhere.

I don’t like this. You may not like it. But it’s not about what we want but what we have to live with. It’s deceiving to think otherwise.

There is another serious problem with the attack on tourism. It’s often accompanied by a belief in “transforming” Hawaii.

Transformation is the false idol of social change. People who think in terms of transforming Hawaii have some excellent, important ideas, but they are long-run ideas that skip over dealing with immediate and pressing realities.

Transformation is also an elitist way of thinking about change.

Tourism Is Not A Problem. It’s A Given

Hawaii will be a tourist-based economy indefinitely. There is nothing on the horizon to replace it, and there won’t be anything.

Hawaii’s economy looks very much like it did 30 years ago. Tourism made up about one-fifth of the economy then. It’s essentially the same now.

Before we consider the small reasons why that has not changed, consider the two biggest ones. First, Hawaii does not have the incentives or resources to attract and build large-scale alternatives to the visitor industry.

The state, both public and private sectors, has tried to overcome these obstacles many times in many ways over the years.

With all its hopes, aspirations, and strategies, the state has barely made a dent on changing the economy.

Don’t fool yourself into thinking that, “If only we had smarter, more competent officials …” There is no legal way to prevent tourists from coming to Hawaii. People who are asking social media users to stop advertising juicy Hawaiian sites, well, good luck. If governments around the world can’t control Facebook and its ilk, what do you think we can do?

As for incentivizing wealthier tourists while making accommodations less affordable for the tired, poor and huddled masses, that feels too much like making Hawaii a plaything for the rich.

These tourist-regulating attempts are either not possible or at most marginal.

Government can act smarter to regulate and manage tourism. Hey, it would be nice if government acted at all. Honolulu’s Department of Planning and Permitting (better name: Department of Unplanning and Non-permitting) still hasn’t adopted the required vacation rental registration rules, covering its tracks with the worst kind of dry bureaucratic bullshit.

There are definitely things that the state can do to diversify its economy, as Stewart Yerton’s excellent Civil Beat piece discusses.

One way is to nurture and build on existing clusters of companies that already benefit from one another. This is a well-developed strategy but also a slow and incremental one. This takes time, and it’s piece by piece. It is sweet potatoes but still small potatoes.

Another is to maximize the economic benefits of the state’s energy policy, but as one of the leaders of this field here put it in Yerton’s article, “We have a policy framework. But it’s a long-term investment.”

Long-term. That’s the challenge of transformation. It’s also the problem with that approach.

Start with these facts:

The visitor industry employs about 130,000 people, one-fifth of the state’s non-farm jobs. A little more than one-third are Native Hawaiians.

So, messing with the tourist industry affects a huge number of workers with few if any better alternatives right now or even on the horizon.

The term “transformation” is dramatic. It has a magical, frog-into-a-prince notion about it. Wave the wand and boom!

I’m not arguing that sweeping change is unnecessary. What I’m saying is that change almost never happens that way. Typically, change is not like Houdini. It’s more like a sculptor gradually chiseling away at a large stone.

Consider a recent transformation plan that was published in Civil Beat. The authors, all of whom are environment and sustainability experts, argue for a Covid-19 recovery plan that’s a “transformed economic future” that would build a “green and just economy” focusing on much more than economic well-being. As they put it, we can’t rely on the market to protect what they describe as ocean, ohia and ohana.

Transformation advocates don’t have much to offer those thousands of people working in the tourist industry.

I agree with their vision. So do many of the powerful essays in the recent book, Value of Hawaii 3: Hulihia, the Turning. Hulihia means upheaval. (I have an essay in that book.)

Transformers often remind me of those globalization advocates who focused so much on the worldwide benefits and paid so little attention to the workers who were harmed. Remember when elites considered globalization opponents ill-educated reactionaries?

Transformation advocates don’t have much to offer those thousands of people working in the tourist industry. Will things be better for their children? Will Hawaii become a better place to live, with values that reflect the kind of place we want Hawaii to be? By and by?

Maybe pie in the sky by and by.

But certainly not soon.

Even if transformation happens down the road, there is just about nothing in these proposals that’s going to make life better during the time it takes, say, for one of your children to go from kindergarten through high school.

You’re damn right I am pessimistic about changing Hawaii for the better. I am not so arrogant as to say you need to be as pessimistic. Argue with me, but it’s important that you consider my evidence if you do.

Because you can’t wish these basics away by shaming tourists, expecting government to perform in ways it never has, or, most of all, pretending that there is any kind of alternative to mass tourism.

We need to dream. But we also need to get up in the morning and go to work. You may say I don’t trust dreamers, but I doubt I’m the only one. 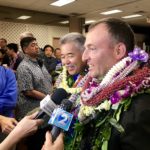 We are a tiny tidepool connected to the sea changes of the entire American economy.  It the larger ocean has green dye in the water our tidepool will be dyed green.  94% of the gains in the trillion dollar economy has gone to the top 1% in the investment class whose tax rates have been cut from every administration since Reagan.  Wages have flatlined and plateaued while fix costs like health care,  education. housing, eldercare etc continue their meteoric rise. If we want to change the color of the water in the tidepool of Hawaii we need to change the watercolor in the larger ocean of the national economy. Trickle down, neoliberal myth of the rising tide lifting all boats is the deeper myth that needs dispelling.  Europeans can be gracious to tourist because their kids go to decent schools, the elderly are cared for and they have built up the commons so that ordinary dignity is shared by ordinary people.  Hawaii suffer the savagery of  America which is a winner take all economy. The social contract or reciprocity the very meaning of aloha is broken nationally.  How can it possibly not be broken here.

I'm born and raised from this island and I feel if the government stopped outsiders from buying our land and give us our locals a fighting chance to get what Is actually ours land is being sold every day and turned around to be sold or rented at a price that below average cant afford. I believe if we stuck together on this island we wouldn't need tourism to depend on we really don't need much from the outside but everyone got so comfortable of what we can get from the outside and that's reality but people can change that but it's really how hard we try to make that change  Thank u Protect Our Aina support

Nobody - at least, not anybody who's sane - is advocating that we get rid of tourism. Obviously, tourism will continue to play a big role in the Hawaii economy for the foreseeable future, and we're not keeping it real if we think otherwise.But from my perspective, here's what I also see:1. Tourism has been playing an increasingly outsized and deleterious role in state policy-making, relative to its 20% share of the state's economy, with not one but two state agencies - the Dept. of Business, Economic Development and Tourism( DBEDT) and the Hawaii Tourism Authority - devoted to the hospitality industry's needs. whims and desires;2. Tourism is not working for Hawaii residents but rather, is increasingly becoming an imposition on them; and3. For all their talk about economic diversification, local elected officials have mostly been just that. They're all talk, with little or no action undertaken on various initiatives, which includes their perennial underinvestment in the one area that could make a significant long term difference to local residents - secondary and higher education.I, for one, am tired of being told that we have to settle because it just is what it is.