Peter Apo: Aloha Is Hawaii Law, A Global Brand And A System Of Positive Behavior

In a world sorely in need of more aloha, maybe start with a small act of kindness. 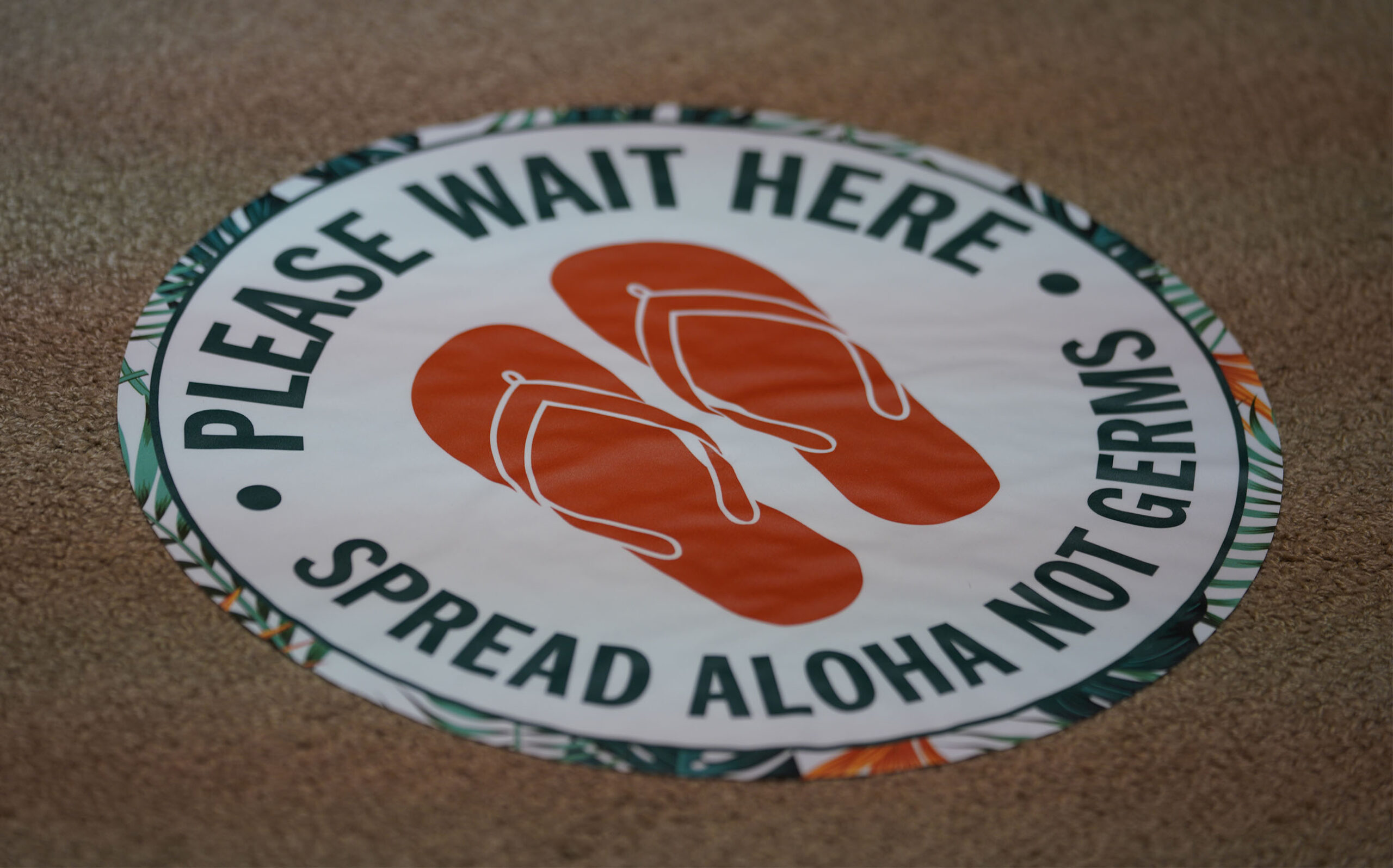 In 1986, the Hawaii Legislature took the interesting step of giving special attention to the word “aloha” and incorporating it into the Hawaii Revised Statutes. That section of the statutes is titled the “Aloha Spirit Law.”

The language of the statute included a popular definition of aloha already created by Aunty Pilahi Paki, who was a renowned educator, philosopher, linguist and poet.

Akahai, meaning kindness to be expressed with tenderness;

Lokahi, meaning unity, to be expressed with pleasantness;

Oluolu, meaning agreeable, to be expressed with pleasantness;

Ha’aha’a, meaning humility, to be expressed with modesty;

Ahonui, meaning patience, to be expressed with perseverance.

The Legislature meant well when it codified into law a Hawaiian word that characterizes a behavior system which is celebrated by all of Hawaii’s people. The challenge is that the word aloha is subject to so many manifestations that it’s impossible to narrow its meaning into any one definition. Aloha has no English equivalent.

The word aloha is actually the merging of two words. Alo, meaning to be in one’s immediate presence – and – Ha, meaning breath, as in the breath of life.

Aloha used to be customarily acted out between two people with what is called a honi – two people greeting each other by pressing noses and exhaling at the same time, acting out aloha in an exchange of breaths – the breath of life.

Over time the honi was replaced with a simple hug although one might still witness a honi between two Hawaiians from time to time. Of course, in the pandemic age the hug is being avoided. No matter – honi or hug – the meaning remains the same. In its primary manifestation, aloha is an unconditional extension of love, trust, friendship and accepting responsibility for each other’s well-being.

This greeting of unconditional friendship called aloha was broadly extended to thousands of soldiers and sailors moving in and out of Hawaii, traveling to and from the Pacific theater in World War II. Following the war, thousands of tourists experienced the same aloha, then went home and told their friends. It was a marketing and advertiser’s dream to have such a self-evolving brand to work with.

Today, aloha is a powerful global brand. The dynamic of tourists’ appreciation for their Hawaii experience is best explained with poet Maya Angelou’s words, “I’ve learned that people will forget what you said, people will forget what you did, but people will never forget how you made them feel.” I can’t think of any better way to describe the essence of the early Hawaii tourism experience than that. In the end, it took visitors beyond the sunny beaches, palm trees and starry nights, and sent them home with a little aloha in their hearts for Hawaii and its people.

Of course, the globalizing of the word aloha gave it a high marketing and advertising value. The word aloha became a sought-after brand for businesses operating here or abroad. Today, literally hundreds of businesses – not just in Hawaii – have incorporated aloha into their names.

With the rise in global recognition of the word aloha, a few out-of-state businesses attempted to trademark the word. So far, such efforts have been successfully blocked. The word aloha, by itself, cannot be trademarked. But, it was ruled OK if combined with another word, as in the case of a prominent Chicago restaurant chain trademarking the words “Aloha Poke.”

In spite of backlash from legal scholars opining that both words, aloha and poke, are culturally significant Hawaiian words that should be protected from cultural misappropriation, Aloha Poke was upheld as a legal trademark.

Aloha has emerged as a Hawaiian cultural concept that functions as a vibrant prism through which all other positive behavioral values are refracted. And it is important to understand that aloha is not limited to a human-to-human exchange. Aloha speaks to humanity’s relationship to all things — humans, animals, plants and everything that keeps the world turning.

So the substructure of the word aloha is a framework of Hawaiian values that address quality-of-life challenges. One codification system of the word aloha presented at a training program developed by the Native Hawaiian Hospitality Association included 32 Hawaiian values. So Aunty Pilahi Paki’s definition of aloha is expanded by leaps and bounds into an entire values-driven guide to living life.

I would be remiss if I did not note an important aspect of aloha that is seldom acknowledged: it is supposed to be a two-way street. The Hawaiian phrase for the concept is  – Aloha aku, Aloha mai – aloha extended, aloha returned.

The broad concept of Aloha aku, Aloha mai is actually an overarching objective of Hawaii Tourism Authority’s destination management action plans. The objective is to educate tourists to reciprocate aloha by encouraging them to engage in activity that respects Hawaii and its people and leaves it a better place than they found it.

The Universality of Aloha

Aloha is fundamental to Hawaii’s community psyche, embraced by all of Hawaii’s people, and acted out routinely in thousands of acts of kindness, tolerance, understanding and benevolence.

Aloha is innate to the Hawaiian condition and seems to define us as a society. President John F. Kennedy, on a visit to Hawaii, was so impressed with the demeanor of Hawaii’s people he’s quoted as saying,“Hawaii is what the rest of the world wants to be.”

Aloha, in its deepest manifestation, is an entire lifestyle system. It’s a personal behavior system that transcends religion, race, color, creed, political party, gender and other conditions of existence. Given the state of a shrinking world, with all its escalating political, cultural and racial clashes, the world has never been more in need of a heavy dose of aloha.

It would be transformative if the concept of aloha were to be globally defined as the language of “we” and promoted as an international behavior system under a one-world banner whose global citizenry becomes bonded by a common set of values. Let the word aloha represent a global commitment to peace, human dignity and love for one another.

Perhaps we can start with simple, random acts of aloha. If each of us would throughout our day maintain a sense of awareness of small opportunities to express aloha. A simple and sincere smile to a stranger. Picking up a piece of trash. Holding a door open for someone. A driving courtesy. A small donation to a good cause at a supermarket cash register. Make up a list. I leave you with this simple thought – if you are not living with aloha, you are underperforming. Aloha. 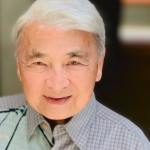 Peter I love your alohaâ¦..but aloha,  a living fire can only exists when it is fed by reciprocation. If the entire sovereignty movement has taught us anything its that "we are not in Kansas" anymore.  Eating each others lunch is what the law of competition dictates, which is why Larry Ellison and Mark Zuckerberg can build their off-grid escape fantasies here while we whistle on. Money deployed as a weapon is how the Bradley foundation with 850 million dollars  to fund recounts can keep the Trump phenomenon going so that almost a third of Americans (the same amount on the edge of falling into poverty) continue to support his narrative of a stolen election.  I fish, I malama the aina and sing Hawaiian music as poetry for the soul. Butâ¦.poetry must become politics eventually or it too will vanish. Income inequality and aloha cannot coexist for long.  I am sure the realtors who got 4% on the 44 million dollar sale of a Maui home and  4% on the 53 million dollar purchase of Zucherburg  love aloha but do not want to discuss the economic and political implications of really living it.

How do we sell the spirit of  Aloha to the unvaccinated for a safer community and a quicker return to normal ?

The simplest version of Aloha, as expressed to me as a child growing up in Hawaii, was to be quietly humble in your expressions to others, and respectfully open minded to the expressions of others. "You get two ear, but only one mout" . This IS a universally important idea, and one that has been widely espoused around the world. It forms the basis for many global systems, including the Internetâs "robustness principle" . It works because it represents what many people throughout the world believe is an ideal; learn before you teach, form and share you opinions slowly and respectfully, seek moderate compromise not ideologic purity. Revel in lifeâs subtlety, not itâs simplicity. Love and depend on each other. Donât fear the unknown, embrace and understand it.While you have the right idea Peter, Aloha isnât to my mind about equality of interaction, itâs practicing unconditional listening and respect regardless of whether that respect is returned. Treat people the way you want to be treated, and encourage them humbly to do the same. The Golden Rule, as I recall.