Hawaii Should Get On Board With Cryptocurrency Exchanges - Honolulu Civil Beat

Hawaii Should Get On Board With Cryptocurrency Exchanges

The state effectively bans them because of the high levels of collateral required to facilitate the purchase of investments. 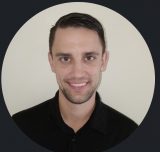 Kyler Hood has a passion for politics, freelance writing, cryptocurrency, Hawaiian history and fiction. He currently works as a teacher and Army Reserve soldier on Oahu.

Last month, a U.S. Senate bill passed that will enforce tax compliance for cryptocurrency exchanges, but Hawaii remains on the sidelines of this economic booster.

The infrastructure bill included language that would help ensure that cryptocurrency exchanges hold their users accountable so the federal government can collect taxes on sales in the same way that capital gains are collected after a stock is sold.

The market for cryptocurrencies surpassed $2 trillion this year and senators hope to gain $28 billion in tax revenue.

Thanks to a 2016 decision by the Department of Commerce and Consumer Affairs cryptocurrency exchanges became classified as money transmitters in the same way that Western Union is classified.

This means that cryptocurrency exchanges are required to have collateral on both sides of the transaction to ensure that money can be sent quickly.

This works for businesses like Western Union where people need money wherever the money is sent, but it is a burden for cryptocurrency exchanges where users typically purchase and hold the cryptocurrency as an investment.

The high levels of collateral required to facilitate the purchase of investments means that this regulation effectively bans cryptocurrency exchanges in Hawaii.

Last year, the U.S. House of Representatives proposed a bill to allow banks to act as custodians for digital currencies, but the bill has not yet passed.

At the time of this writing, major exchanges like Binance and eToro do not operate in Hawaii. It is also telling that Coinbase left after the 2016 decision and has not returned.

The Hawaii Department of Business, Economic Development and Tourism estimates that it will take until 2023 for Hawaii’s economy to grow to the size it was in 2019.

Meanwhile, some cryptocurrencies plan to handle 1 million transactions per second.

It is time for the state of Hawaii to take a lesson from the speed of cryptocurrency innovation and give citizens full access to digital assets. 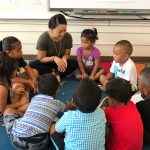 Neal Milner: How To Make Democracy Work The Way It's Supposed To

Kyler Hood has a passion for politics, freelance writing, cryptocurrency, Hawaiian history and fiction. He currently works as a teacher and Army Reserve soldier on Oahu.

For decades the politicians here have talked about diversifying the economy and making Hawaii a hub for big tech. First chance they got they ran the exchanges out of town. This was a huge loss for Hawaii. Despite all the dire warnings the price of Bitcoin has doubled several times over since then.  I would have liked to keep trading in Hawaii but ended up moving my operation to Austin Texas. Instead if merely talking, they welcome and support innovation and  have a thriving blockchain community in partnership with banks and universities. At least Texas has learned to expand beyond the plantation economy into other areas. But looking on the bright side, we still have tourists and plenty shave ice for sell.

What people do with their money is their business. Whether it's invest in stocks, crypto, gamble or burn it. There is no logical solution to be one of about three states that has these ridiculous restrictions. Sure some people lose money but some people also make money just like in the stock market. It's like they want to keep us poor for a reason. Hmmm?

Oh yes, let Hawaii become a "Crypto currency center of the Pacific". Like so many other hubs, centers and zones this state thought it could be in the past.