Lee Cataluna: Vicky Cayetano Managed to Stay Out of Politics, Until Now

She has not run for office before, but Hawaii's former first lady knows what being in office entails. She knows what to expect. She knows it’s not glamorous. 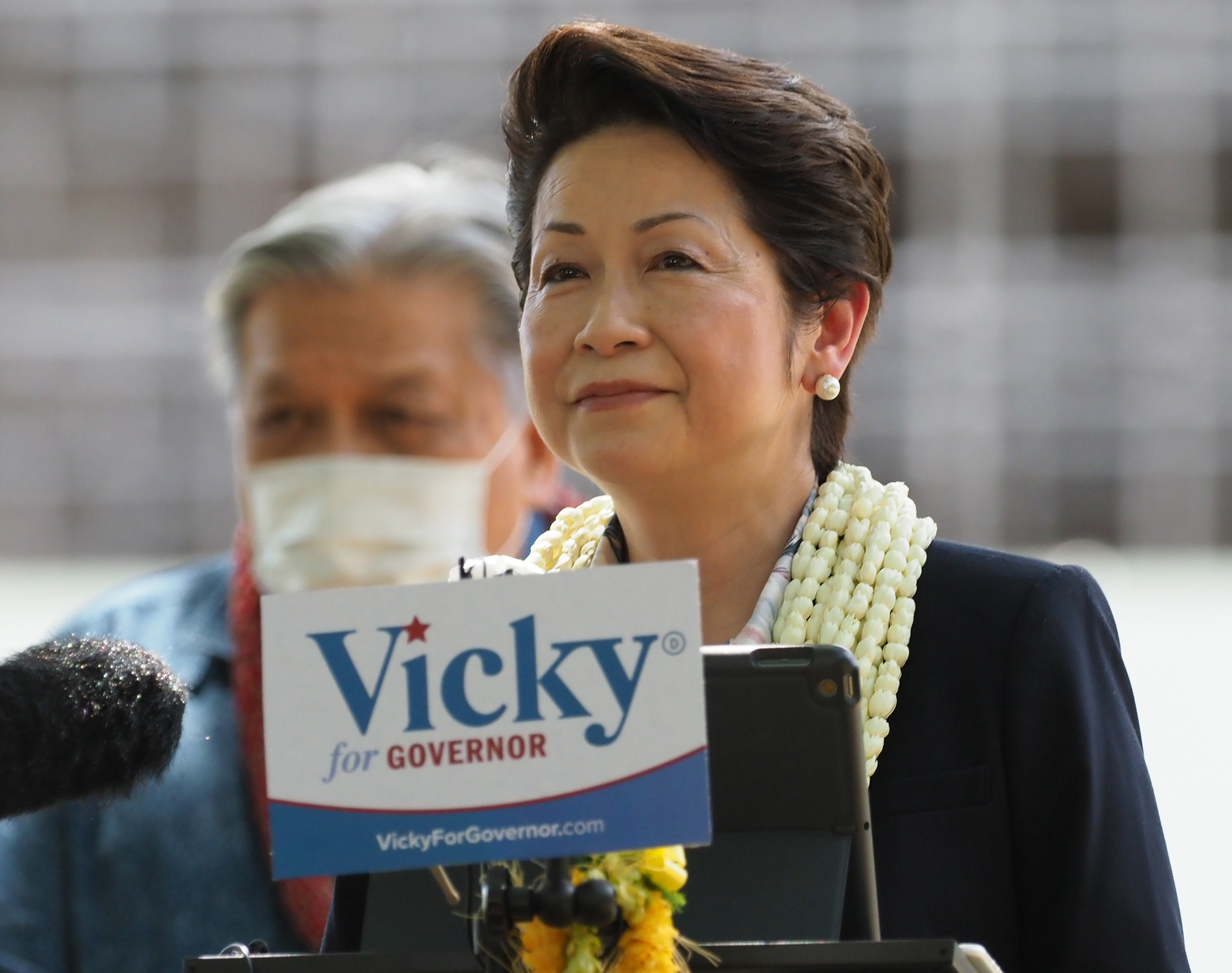 Here’s the thing about former first lady Vicky Cayetano running for governor:  It may have been unexpected, but it makes sense.

Unexpected because, during her time as Hawaii’s first lady, from when she married Gov. Ben Cayetano in May 1997 to the end of his term in office in 2002, she didn’t have that gleam in her eye like she wanted to take the wheel. She wasn’t elbowing Ben in the ribs to get in front of cameras, sliding past him to commandeer the microphone, cutting deals on the side.

Nobody ever said, “If you want to get to Ben, you gotta talk to Vicky.” It was clear that she was doing her own thing, running her laundry business, all while handling the traditional duties of first lady with admirable grace.

Vicky Cayetano stood next to gruff-talking, bulldog Ben without seeming like she was waiting for her shot at the job. Yes, that’s a Hillary Clinton reference, but not a knock. Hillary Clinton was always upfront about being a political player, and there’s nothing wrong with that.

Cayetano, however, had her own direction. She didn’t spend her time in Washington Place plotting on how she could run the State of Hawaii her way.

So when talk started around town earlier this year that Vicky Cayetano was considering a run for governor, it was unexpected in that her name wasn’t on the usual list of long-simmering, high-ambition political animals who have been pining for the top job for years.

However, she is hardly an outsider.

Like Honolulu’s new mayor, Cayetano comes from a successful career in business. Unlike Rick Blangiardi, politics have been part of her daily home life for almost 25 years.

Her candidacy makes sense in that, though she has not run for office before, she knows what being in office entails. She knows what to expect. She knows it’s not glamorous.

She clearly doesn’t need the job, not for money or prestige or an ego boost in her kupuna years to provide an opportunity for a legacy.

She doesn’t have anything to prove in terms of her own career accomplishments, and there is no whiff of trying to avenge her husband’s legacy. Ben Cayetano fights his own fights.

Then there’s her campaign chair, attorney Loretta Sheehan, former prosecutor, former Honolulu Police Commission chair, former daughter-in-law of U.S. Sen. Sparky Matsunaga and generally thought of as one of the most no-nonsense, straight-shooting, no-fear-or-favor people in Honolulu.  Sheehan’s presence on Cayetano’s team provides an extra measure of seriousness. If Cayetano brings a lifetime of business acumen, Sheehan brings a background of law-and-order to the package.

Over the years, Cayetano cultivated a public image of warmth and dignity, the visage expected of a political spouse in her position. However, at the beginning of her public life, when she became Mrs. Cayetano at age 41, she talked more about her sharp business acumen, her ability to be “sassy” and her driving ambition as an entrepreneur.

Just after she became Hawaii’s first lady after marrying the sitting governor, Beverly Creamer wrote a profile piece on her for the Honolulu Advertiser. It started with an anecdote about Cayetano’s business, United Laundry Service.

When she started the company in the late ’80s, the budget was so tight there was no money to buy a conference table for meetings. However, a contractor had left behind an extra door that had been ordered by mistake. Cayetano put table legs under the door to turn it into a functional conference table. She said she kept that makeshift table for years as a reminder of how the business started. It was a symbol of her ability to solve problems with what she had to work with, the ultimate survival mentality.

Her presence on the primary ballot is also important in the quest for diversity, representation and equity.

It’s too early to say whether Vicky Cayetano would make a good governor, but she does make a good candidate. 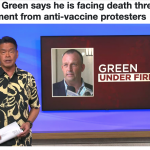 Hawaii's People Must Be As One In Opposition To Anti-Semitism

Here we go trying to pull the wool over the eyes of Hawaii residents.  Hawaii has had enough of old politics and old people keeping their people in place and making loads of cash.    Hawaii will hopefully mobilize a youth crew, but will the media give new candidates a platform?

I respected and voted for Ben Cayetano.  I agreed totally with his view of the rail debacle. His wife is no patsy; she is a highly intelligent, accomplished professional who probably scares a lot of men, especially the ones in recent years who simply feather their own nests. She has my vote.

And she should stay out of politics. Itâs clear she has no real interest or stake in running the State and seems to be doing this becauseâ¦? I would be excited to vote for a smart committed female candidate for governor but this is not Vicky Cayetano.