Neal Milner: Struggling To Hang On In Hawaii? It's OK To Go - Honolulu Civil Beat

Neal Milner: Struggling To Hang On In Hawaii? It's OK To Go

As painful as it may be to leave such a special place, opportunity awaits elsewhere. 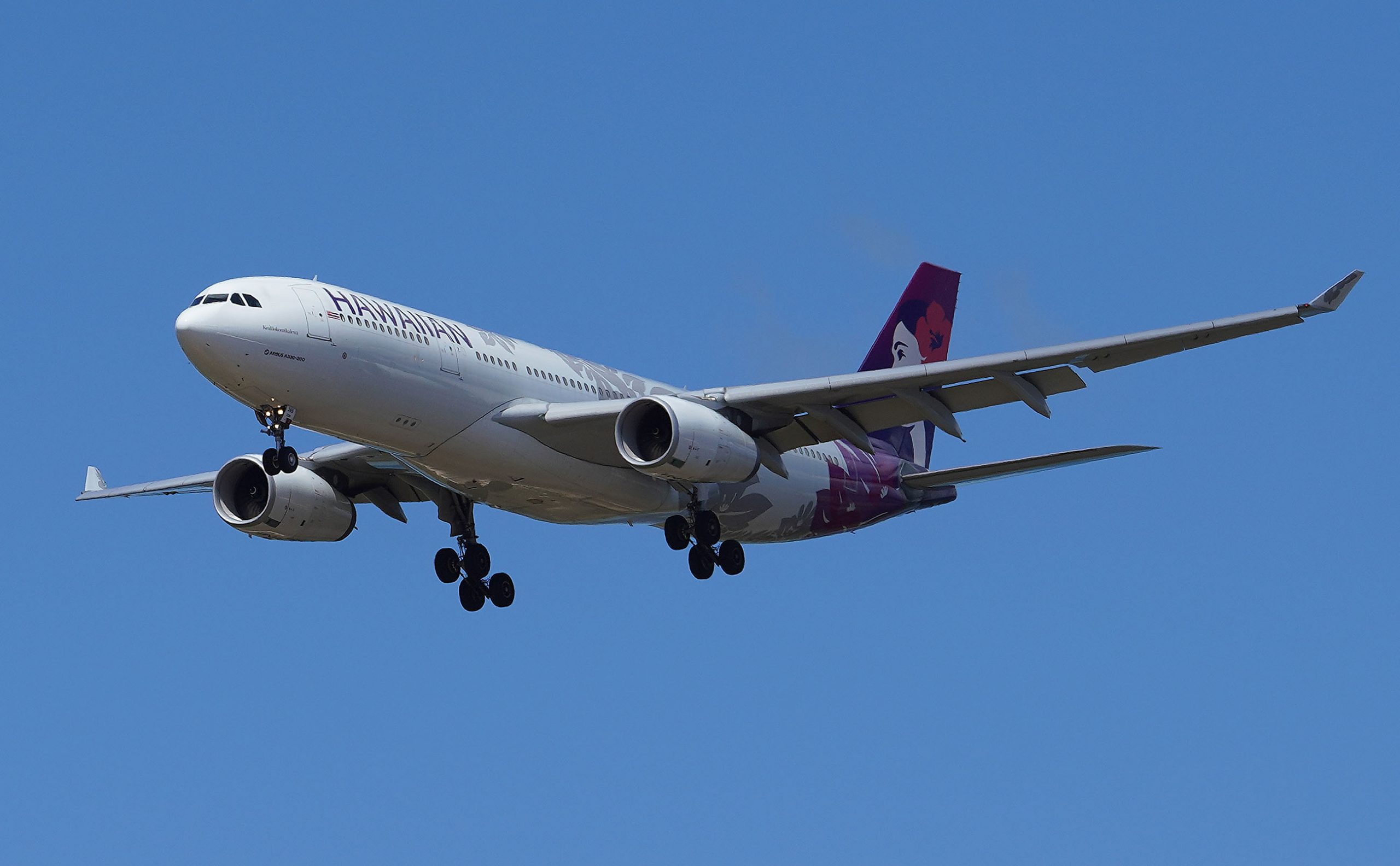 We need to quit wringing our hands about our children leaving Hawaii. Instead, if they want to go, we need to encourage them and even help them.

The usual handwringing about this assumes that there is something wrong with moving from here. There’s something wrong alright. It’s Hawaii’s economically fragile condition. For many, moving away from here is the best way, possibly the only way, to deal with it.

Of course, there are powerful reasons to stay. A person may have enough resources to avoid the hardships of living here. Others are willing to stay and be part of the struggle to make Hawaii a better place.

For others, the pull of the aina or ohana is too strong or they feel that Hawaii is too special to leave. They simply like it too much to exit.

But those reasons for staying are just parts of the story, the parts that avoid the benefits of leaving.

Consider where the state is right now. A pre-Covid-19 survey showed that almost half the people living in Hawaii thought about moving, including a large number with young families.

Even before Covid, close to half of us barely could make ends meet. Employment is still iffy, and housing is worse than ever. One estimate is that thousands of people here are behind on their rent. And the post-Covid cost-of-living increase is greater than the salary increases.

As Stewart Yerton wrote in his recent Civil Beat piece, “Unfortunately, things in Hawaii are only getting worse for people trying to make ends meet.”

A whole lot of people living close to the margins had thought about moving before Covid hit. Now the conditions that made it so hard for them before are even more dire.

So, let’s take a closer look at the positive reasons for leaving, or what Iyla Somin in his book “Free to Move” calls foot voting, as in voting with your feet.

The first reason is a reminder of just how important mobility is. Mobility is an essential part of the human condition.

It is a basic human right. Leaving a place can be survival strategy. Those of you who come from immigrant families, imagine where you would be if it weren’t for the fact that your ancestors left their home countries.

As important as that is, it’s a little up in the clouds. The second reason is right here down on the ground.

Exiting a place is more definitive and quicker than waiting around for things to change, say, through elections and legislation. It’s a decision that directly applies to you and your specific situation and you can make it as soon as you are ready.

The kinds of changes needed to keep people here are mostly long-term at best if they ever happen at all. You’ve heard them all and will hear them much more. Whatever they are — economic diversity, affordable housing, you name it — they are some time down the road.

Reducing brain drain? That objective has been around forever, a long-term project if we can even do it at all.

Public policy is about categories, hypothetical kids and grandkids down the road, not your family but some family in the future. These changes may be gratifying, but they are deferred gratification.

Third, People who leave may discover that it was a bad decision, but they had the chance to find that out for themselves. They had a chance to explore their options, face new opportunities and challenges.

The common arguments used to keep people here are patronizing. Saying that the grass is always greener on the other side is a cliché, not a fact, and certainly not a fact that trumps another person’s willingness to risk it.

Fourth, moving is a way for a person to try something different and to test herself. That can be hard, but it also can be fulfilling. “It’s tough, I miss Hawaii, but we’re doing OK, and I’m pretty proud of that. Maybe see you at Christmas. Or come here.”

You may feel Hawaii is special enough to stay. You may feel this way even if you leave, which is what so many Hawaii expats say.

So, help people who want to leave. Don’t see them as lost souls or cultural deserters. See them as an extended part of Hawaii.

Leaving is not a tragedy. It’s an accommodation and an adventure, both good things.

And leaving has been so much a part of this place for so long — a good part, with lots of things to teach people in Hawaii about adapting to new cultures while maintaining their own.

Most of all, we need to recognize that leaving, at least for now, is part of the solution, not part of the problem.

Hurricane Katrina displaced over 200,000 people living in New Orleans, half the city’s population. The displacement stories that get most attention in Hawaii are like New Orleans stories — people coming back in the aftermath and rebuilding because New Orleans is such a special place, in the same way that Hawaii is seen as a special place.

About 35,000 people that Katrina displaced ended up in Houston. Many of them stayed.

Many loved New Orleans. They were attached to it and saw it as a unique, special place, but they moved on and made adjustments.

In that Civil Beat article, Carl Bonham, the head of the University of Hawaii Economic Research Organization, was asked about the post-Covid increase in the cost-of-living here.

“The question,” he said, “is what’s going to happen next year and the year after that.”

Some of us can afford to wait to see what the answer is. Others are willing to run the risks because they have compelling reasons to stay.

But all signs indicate that more people will be sitting on that precarious fence separating staying from leaving.

It may be sad to see them leave. But remember that this parting can be a sweet sorrow. 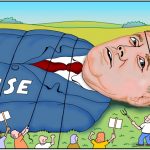 What gibberish. No one shames people who leave here.People think itâs sad because many people who leave, do not want to leave.Neilâs argument starts from the incorrect premise that people are shamed or discouraged from leaving. This is absolute malarkey. Ever since I turned 18 people told me what a dead end Hawaiâi is. People, like Neil in most of this article, continue to repeat this claim. This is the ubiquitous experience of the young here, everyone repeats this to us. Using the false idea that people are somehow discouraged from leaving, Neil then moves onto stating that really, we should be happy that people are leaving because they have different, and often better, opportunities in the continental US and isnât that a good thing? No, Neil, it isnât. The reason people are sad about friends and family leaving isnât cause we want to weigh them down. Itâs because they donât want to leave and Hawaiâi politicians and pundits have absolutely failed to make a Hawaiâi that is livable for locals and younger people esp.  I eagerly await the next column from Neil in which he will state that millennials could all own homes in Hawaiâi if we just didnât like buying coffee so much.

There is another point of view that has been overlooked. What if some locals find Hawaii limiting--culturally, economically, intellectually, etc.?I left Hawaii 16 years ago, live in Tokyo and have never regretted it. Life is exciting, things run on time, the rice is delicious.Since my family is Nisei from Japan, I've actually "come home". When I first moved here, everything reminded me of when I was growing up on the plantation, surrounded by Japanese. There was a comforting familiarity, though some things were decidedly different, e.g. footwear is not left outside the front door.I can always visit if I choose, but Google Street View works fine. I remember my high school graduation song by the Beatles "In My LIfe" though Keli'i Reichel's rendition is brilliant..."There are place I'll remember, all my life, though some have changed. Some forever not for better, some have gone and some remain..."

Sad but true. In a market economy, where the market is basically the entire world, Hawaii real estate is going to be in high demand. On the other hand, climate change and rising sea levels will convert high priced shoreline properties into swamps.