Denby Fawcett: An Homage To A Long-Lost Volcano That Helped Form Oahu

New techniques allowed geologists to show that a volcano named Kaena was separate from its known siblings, and the first to erupt below what is now Oahu. 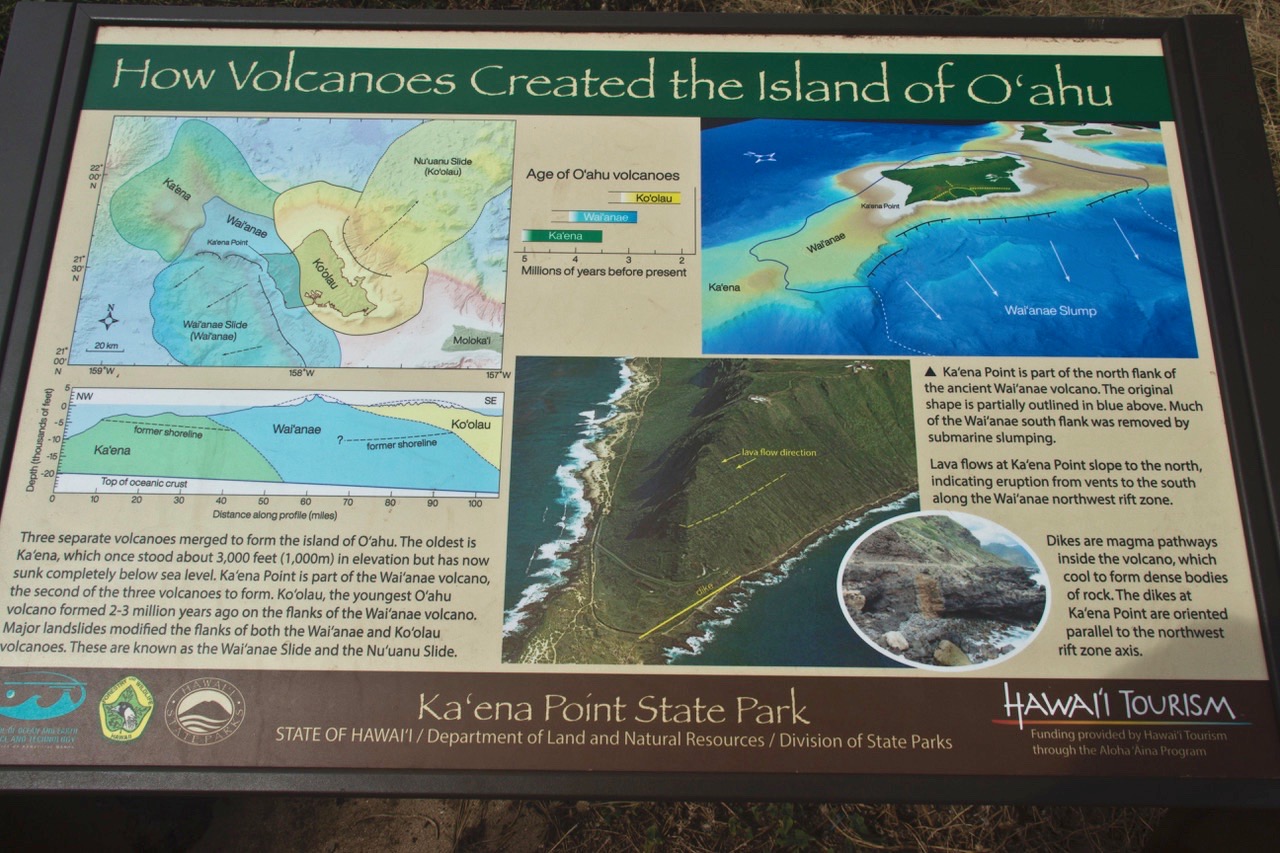 My personal library has a small collection of books about the geology of Hawaii. The books all say the same thing: Oahu was created by two volcanoes: Waianae on the west and Koolau on the east.

But that is not true.

Most books still need to be updated to include the important finding heralded by a team of scientists in 2014 to let the world know that Oahu was actually formed by the eruptions of three volcanoes.

My purpose here is to describe and honor the long-lost third volcano that scientists named Kaena — at one time a massive shield volcano, the first to form Oahu.

Why focus on a precursor volcano that’s now submerged thousands of feet under the sea? One reason is that Kaena is still largely unknown to the general public. And if you ask, who cares, I contend it is just as interesting to know about the earth we are standing on as to be aware of what towers above us.

According to the findings of the scientific team led by University of Hawaii geologist John Sinton, the volcano Kaena erupted off today’s Kaena Point about 5 million years ago, making it the oldest volcano responsible for the creation of Oahu.

Today, many residents still are unaware that Waianae and Koolau mountain ranges are the remnants of two separate volcanoes.

It is interesting that even though Kaena volcano is the birth mother of Oahu, there appear to be no chants to honor her, no hula — kahiko or auana. No legends about Pele stirring her oʻo stick to bring Kaena to life.

Sinton says at one point in Oahu’s geologic history all three volcanoes stood together high above sea level. Kaena, the shortest of the trio, rose about 3,000 feet.

All that remains of Kaena volcano today is a long ridge under the sea, extending westward from Kaena Point with half of the underwater ridge covered by younger lavas from the Waianae volcano. The original extent of Kaena is not known, but it must have extended to the south at least as far as present day Waianae Valley. The sheer size of Kaena’s remnants suggest Oahu once was about two times larger than it is today.

Geologist Scott Rowland says the fact that we can no longer see Kaena volcano, whose summit is now almost 2,600 feet below the sea, would help explain why this Oahu first-born volcano is still off the radar of most of us today.

So far, the Department of Land and Natural Resources is the only state agency to erect geological signs to alert the public about Kaena’s discovery. DLNR used money from a grant from the Hawaii Tourism Authority to erect an interpretive display in 2019 in the parking lot at Kaena State Park.

The display says: “Three separate volcanoes merged to form the island of Oahu. The oldest is Kaena, which once stood 3,000 feet (1,000 meters) in elevation but has sunk completely below the sea level.”

Sinton is not surprised there is not much public awareness of the newly recognized volcano. He says in today’s hectic world most people are not sitting on the edge of their chairs wondering about what was happening on Earth millions of years ago.

“The formation of the Hawaiian islands is not a life or death thing. It has very little effect on most people’s daily lives,” he said.

Sinton and his co-authors announced their recognition of Kaena as a separate volcano in May 2014 in the Geological Society of America Bulletin.

Articles about the discovery were published the same year in magazines such as Science and the Scientific American and in a front-page story by Jim Borg in the Honolulu Star-Advertiser.

“Kaena is working its way into local knowledge — many of the better science teachers are aware of the fact that O’ahu is now considered part of a cluster of three volcanoes, however, most don’t have a lot of knowledge about Kaena. I don’t think it has made it into textbooks yet,” Rowland said.

The announcement came after the scientific team’s eight years of research involving four scientific voyages to map and analyze underwater materials from the Kaena and neighboring Waialu ridges, geologic features extending underwater about 60 miles off of Kaena Point.

Up until then, Kaena Ridge was believed to have been a submerged part of Waianae volcano, not a separate volcano.

But the high resolution underwater mapping system and use of a remotely operated undersea vehicle from the UH research vessel Kilo Moana enabled the scientists to make new observations and gather samples for analysis.

The refinement of the images from new maps, better photographs and advanced laboratory techniques made all the difference.

Sinton said in a phone conversation: “The U.S. Navy had been mapping the ocean floor around Oahu since 1939 so we knew Kaena and Waialu Ridges were there but the new technology provided evidence that Kaena was a different and earlier erupting volcano than Waianae.”

Other tests indicated that Kaena volcano broke through the ocean’s surface about 3.5 million years ago, eventually reaching a height of about 3,000 feet above sea level before it began sinking back into the sea.

It is the fate of all of Hawaii’s volcanoes to eventually submerge into the sea.

Sinton said using models of the subsidence of volcanoes on Hawaii Island he estimates Kaena volcano sank into the sea about 2 million years ago.

Sinton is an emeritus professor of geology and geophysics at the UH Manoa School of Ocean and Earth Science and Technology.

Sinton says he has included information about Kaena volcano in the most recent edition of the Elsevier Encyclopedia of Geology.

Honolulu-based geologist Michael D. Knight also offers details about the Kaena volcano in his new book released in August: “Exploring Geology on the Island of Oahu: A Field Guide to Important Geological Locations.”

Sinton says he looks forward to more research on Kaena Ridge using the latest high-resolution techniques, especially to better understand samples gathered from neighboring Waialu Ridge but not yet dated.

In the 2014 paper, Sinton and his co-authors describe Waialu Ridge as a part of Kaena volcano, not a separate magma producing structure — but maybe it isn’t, says Sinton.

Maybe Waialu is another volcano, a fourth volcano that was situated between Kaena and Waianae volcanoes.

Just when we think we know everything, we don’t. That is the beauty of science. 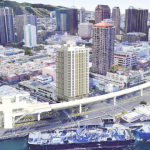 We Are Losing Chinatown To High-Rises

This is awesome Denby. Although this information came out in 2014, it is not common knowledge by any means. I learned something new today!