Greater community engagement would send a strong message to job candidates and influence for the better the Honolulu Police Commission's ongoing search. 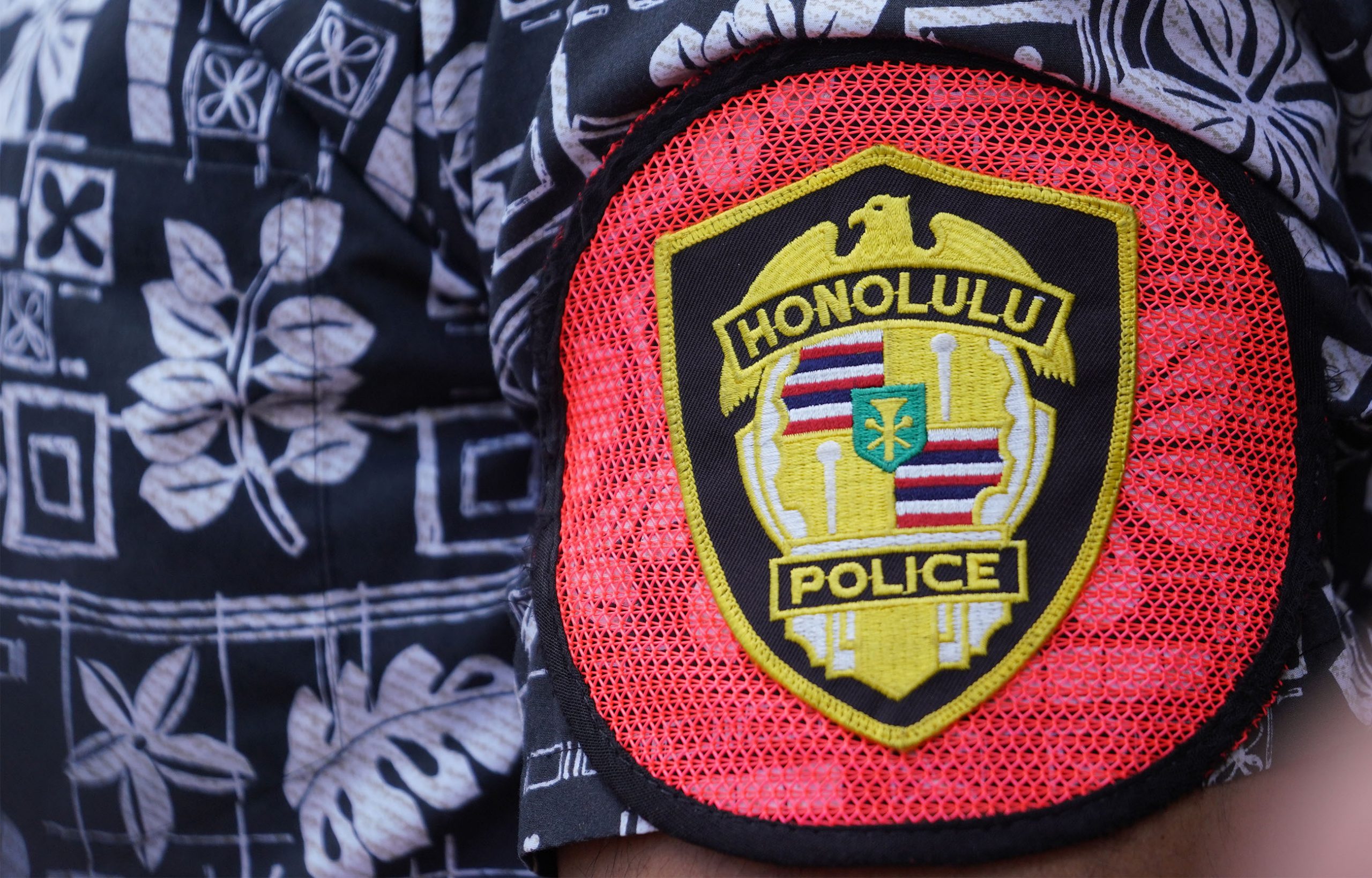 The Honolulu Police Department is in dire need of a new kind of leader, someone committed to greater transparency and addressing the root causes of the department’s low morale and badly tarnished public image.

The Honolulu Police Commission is in the process of searching for such a chief, but it has done little so far to involve the greater public in the process. This is truly a missed opportunity.

A robust engagement process where candidates participate in community forums, meet with community leaders and provide tangible examples of how they’ve collaborated with communities in the past does more than just build community buy-in. It also sends a strong message to job candidates.

“It tells the candidate that this is what is going to be required and expected of you when you get this position,” says David Muhammad of the National Institute for Criminal Justice Reform. “You are going to have to engage the community, involve the community. So the message it sends to candidates is a big piece.”

This is a message that urgently needs to be delivered to whoever takes the helm of the HPD next.

Honolulu is not alone when it comes to figuring out how to find and hire the best officials. Communities across the country have been demanding more of a voice in how top law enforcement leaders are hired, and there are plenty of examples to follow for how to engage the public in a way that goes beyond a tepid call for community feedback, as the Honolulu Police Commission did last month.

We took a closer look at Oakland, a California city that has hired two new police chiefs in the past few years and could offer a useful roadmap for Honolulu to follow.

What Are We Looking For?

Oakland has embarked on two community-involved searches for a police chief in recent years. The first, in 2016, was led by a recruiting firm. The city’s volunteer-run police commission (which was not in place in 2016) saved the city $850,000 by leading the process in 2020 after ousting the previous chief.

One of the commission’s goals in the process was to create a template for an equitable and transparent hiring process that could be used for future recruiting efforts, said Commission Chair Regina Jackson.

The first — but perhaps often rushed — step in the process is really thinking through and creating a job posting.

In 2016, the recruiting firm led a series of community forums about policing prior to posting a job listing, trying to get more input on what the community wanted from its next chief. In 2020, the commission — which is made up of community leaders and activists — laid out the community’s expectations in unprecedented detail in a job posting that it published everywhere the commission could think of.

(By contrast, a web search for a job posting for Honolulu’s opening turns up nothing right now.)

The posting was kind of a mantra, Jackson said. A mission statement.

“We were asking for somebody who was just short of walking on water.”

Among the list of expectations in the posting was that the next chief would “fully and finally effect long sought transformational change of policing in Oakland,” would “promote de-escalation and disengagement tactics and create a less militarized police force” and support city efforts to steer funds traditionally managed by the police into social service efforts instead.

While it’s too late in Honolulu’s process to craft a new job posting, the Honolulu Police Commission can still put forth a set of guiding expectations for its new chief that can serve as a reference point for candidates and a benchmark by which the public can judge the performance of the final hire.

During its most recent search, the Oakland commission resisted calls to release a full list of job candidates, bowing to pressure from applicants who did not want their names made public until they were finalists. And that makes sense for Honolulu, too.

When the commission whittled the list from 24 to four, it opened the process to the community, taking steps that the Honolulu Police Commission could also easily replicate.

As a part of the process, Oakland asked candidates for not only professional references, but a list of people in the communities they served. If the candidate had regular engagement with the youth groups or churches, commissioners called people at those organizations and talked to them. This helped give the commission a sense of the quality of community engagement and relationship building in the candidate’s past.

Oakland published a list of the top finalists, along with their biographies, resumes, and detailed responses to a series of questions about their approach to the position.

After revealing the list of candidates, the Honolulu Police Commission could further follow Oakland’s lead by organizing a public forum where candidates can address the public directly. Other cities, such as San Jose, have organized similar forums in the last year. Maui streamed a four-hour interview with finalists for its position earlier this year.

The commission could allow members of the public to ask questions live, or, as in Oakland’s case, choose to provide questions ahead of time and solicit public responses to the forum at a separate event, such as the next commission meeting.

Will this process dissuade some candidates from applying for the position? Maybe. But if Honolulu wants its next police chief to be more committed to lifting the veil of secrecy that has caused harm to both the department and its public standing, that expectation should be set in the hiring process.

It’s not enough to offer the public a chance to participate in the process, however. To get meaningful public engagement that goes beyond the same set of activists speaking during public comment, the commission needs to tap into its wider network of contacts and reach out directly to people who may not participate in public forums.

For Jackson, that meant inviting youth leaders from her work outside the commission to listen to the candidate forum and provide feedback to her privately. Reach out to populations that often come into contact with the police. Spread the word through social media channels, through the mayor’s office, at other community events.

The commission should offer multiple ways for community members to provide feedback.

After the candidate forum — whether people can attend in person or the entire event is live streamed — the commission should offer multiple ways for community members to provide feedback. Emails. Facebook comments. Phone calls.

There needs to be flexibility in the process, Jackson said, without anticipation of who is going to show up or how engaged they will be.

Of course, there’s no guarantee that a more open selection process will result in the hiring of a successful chief. The Oakland Police Commission voted to fire a police chief in 2020 that had been hired through a robust community process.

But Muhammad says the community engagement that Oakland — and cities like Portland and San Francisco — have harnessed to find chiefs in recent years provides a good example of how to start a meaningful conversation about policing.

The success of these efforts shouldn’t be measured by the number of comments or views though. Instead, it’s in the expectations that the entire process sets for everyone involved moving forward — police and citizens alike.

“The community engaged process pretty much ensures that there are no surprises. We lay it all at your feet,” Jackson said. “I think that (the new chief) knew, ‘I am not going to get in here and do it all my way. I am going to have to respect the voices of the citizens and perhaps rely on their input as I make some changes.” 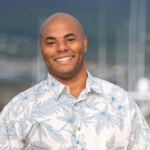 Chad Blair: A Running Back From Mississippi Is Running For Hawaii Governor

The editorial appears to favor lots of process.  In contrast, I favor repealing  the Police Commission and leaving the hiring process in the hands of the mayor.

The problems with HPD started in the 90s. This happened when pay did not keep up with the cost of living, and mainland departments mainly Washington State recruiting. This was further compounded by the City offering early retirement as a cost saving measure and many officers excepted that offer. The department has been at a deficit ever since. The process of finding  a police chief is difficult. There had been a push to get an "outsider" But that is not always possible or a good thing case in point the current Kauai police Chief Todd Raybuck and that controversy of racist towards comments towards Asians.  Hawaii is unique its culture understanding how things work especially policing. Those tactics or practices on the mainland may or will not fair well here. The majority of the officers that we do have here that are from the mainland originally came either for college and stayed, or from military service or married someone from here. They understand what makes Hawaii unique and gives them a better understanding then someone coming here and starting off with no knowledge or connection. It is also difficult to get the public involved they do not understand what the Chiefs job entails.

We had good and bad chiefs, but one thing they all had in common was a very intensive selection process. Yet,  there were still failures.  The process is not perfect. Individuals who should not have been chosen, sometimes are, and those who should have been selected were cast aside.  As the rank and fileâwho often knows the best candidateâsaid to the one not selected, "you were the best chief we never had."  The bottom line is that not matter how careful the police commissioners are, the true test of a chief will not be in a few months or even a few years.  It will be over a course of many years when he/she has confronted a variety of challenges and has satisfactorily address them.  Until that occurs, we canât truly evaluate the success or failure of the individual.In other words selecting a new chief, cannot be a "flavor or the month" or "cross my fingers and hope for the best." It must be based on their overall knowledge, but most importantly on the strength of his or her character.  In reality, whether we have community input or not, will not change the outcome; but it feels and looks good.