Lee Cataluna: Honolulu May Not Lose Its Chance To Control Tourism After All - Honolulu Civil Beat

Lee Cataluna: Honolulu May Not Lose Its Chance To Control Tourism After All

Restrictions on short-term rentals advance to the City Council amid growing efforts to build back the economy on tourism's shaky ground. 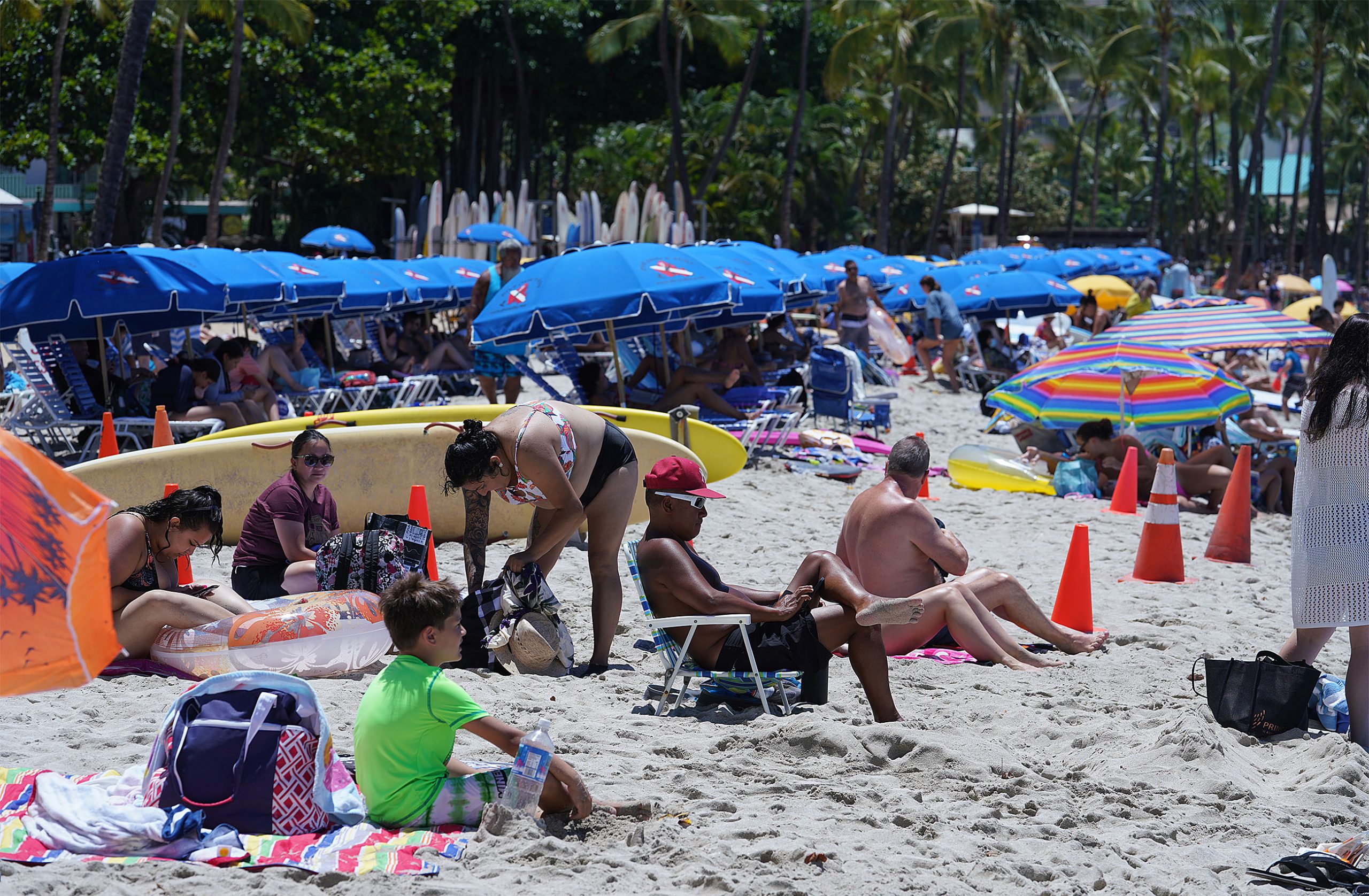 The tourism industry is bugging Gov. David Ige to take back his request for travelers to stay away from the islands.

Owners of vacation rentals in Oahu’s residential areas are whining about attempts to close the loopholes that have allowed them to rake in money while grievously inconveniencing neighbors.

After a brief period of earnest public discussion about getting a handle on Hawaii’s out-of-control visitor arrival numbers, the ravenous addiction to tourism money has once again taken hold.

The pandemic must be over if we’re back to arguing over bringing more and more tourists to the islands, right?

Daily Covid-19 case counts are ONLY in the 300’s now. JUST 193 Hawaii residents died last month as a result of Covid.

Thus far during the pandemic, Hawaii has seen the tourism industry crumble to almost nothing, then start back up with the madness of incoming visitors promising to quarantine in their hotel rooms — a promise easily made, easily broken and nearly impossible to enforce.

Over this summer, it was as though floodgates were opened, and Hawaii had more tourists on each island than ever before. Tourists on Oahu were walking down Kalanianaole to Hanauma Bay because there weren’t enough rental cars.

It was madness. For some who make their money on tourists, it was better than their wildest dreams.

Thank goodness the Honolulu Planning Commission is serving as a voice of reason amid the clamoring for tourism. The pandemic offered a ripe opportunity to reclaim the parts of Hawaii that have been sold off to the almighty visitor industry and to restore a more sane and orderly lifestyle to those of us who live here. Despite discussions of right-sizing tourism’s impact earlier this summer, that opportunity looked like it might be squandered the moment visitor numbers dropped in the fall.

The first step in mitigating tourism’s negative impact on Hawaii is getting tourism out of neighborhoods.

The Honolulu Planning Commission is proposing a new set of restrictions to curtail the resort-ification of residential areas.

The bill begins with this paragraph that aptly describes the situation:

“Short-term rentals are disruptive to the character and fabric of our residential neighborhoods; they are inconsistent with the land uses that are intended for our residential zoned areas and increase the price of housing for Oahu’s resident population by removing housing stock from the for-sale and long-term rental markets. The City Council finds that any economic benefits of opening-up our residential areas to tourism are far outweighed by the negative impacts to our neighborhoods and local residents.”

The vacation rental industry took hold of the islands the way mold can take over a building with poor ventilation and lax maintenance. State and local governments weren’t paying attention for a long time, and when residents started making noise that the problem was becoming untenable, too much time was lost to hand-wringing and studies.

Meanwhile, every measure discussed or passed seemed to have big loopholes that allowed vacation rentals in residential areas to keep on keeping on. (Merriam-Webster defines a “loophole” as “an ambiguity or omission in the text through which the intent of a statute, contract, or obligation may be evaded.” A second definition is “means of escape,” which in this case, seems appropriate.)

The draft legislation would require bookings of vacation rental units of at least 180 days. Exceptions would allow for shorter stays in cases of, for example, military personnel, medical staff working temporarily in Hawaii, and full-time students. No new short-term rentals would be allowed in residential areas including businesses that are set up where the owner lives on property and rents out part of their house. Vacation rentals would only be allowed in resort areas like Waikiki, Ko Olina, Makaha and on the North Shore near Turtle Bay.

Those rules would go a long way toward ending the problem of tourism seeping into every part of the island. But it’s the money part that makes the proposal serious.

Fines for violations of the new rules would increase from up to $10,000 per day to $25,000 per day. Further, and even more impactful, vacation rentals would be taxed at a higher hotel and resort rate, be required to pay general excise and transient accommodations taxes, and maintain a minimum of $1 million in commercial general liability insurance.

If the Honolulu Planning Commission members and the administration of Mayor Rick Blangiardi can hold firm to this position and reclaim Oahu neighborhoods for local residents, they will achieve something that the administrations of Kirk Caldwell, Peter Carlisle, Mufi Hannemann and Jeremy Harris could or would not.

It would be a significant moment, a turning back to prioritizing housing needs for locals; and not just housing for local people to rent, but the need for people to have peace and quiet, safety and stability in the place they call home. 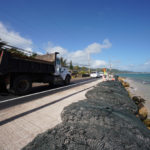 Aloha everybody!I lived in the beautiful Aina Haina Valley for over ten years, renting a little studio, with my landlords living in a larger house on the same property. I walked extensively throughout the neighborhood on an almost daily basis. I never encountered vacation rentals ruining our neighborhood. Why is the answer for the state of Hawaii to address the  lack of affordable housing for people like me, to harass and arrest a little old lady in Kailua renting out a room to a visitor? Why donât they actually address the real answer and problem, and truly help us? If the person renting lives on the property and respects their neighbors, then leave them alone. Why is the answer to take visitor money away from respectful locals and give it to the hotels exclusively instead.    I work as a private tour guide, hosting small groups, teaching respect and love for Hawaii. These are  wonderful people who want an authentic Hawaii experience. We are less than 5% of the traffic.  But there are two bills in city council mandating a 100% ban on all tour jobs, making it a crime to show any visitor any beach along our route. We will have to close.   All visitor money to us now goes away.

Sounds like Lee has been influenced by the hotel lobby like our politicians.  If this is the top tier program to control and limit tourism, it would be laughable, if not so tragic.  Like in the Wizard of Oz, "don't pay any attention to the man behind the curtain," the proposed rules appear to be written by someone within the hotel lobby as a way to eliminate the competition and further monopolize every room on the island, except for 800.  While the hotels clamor for a vacation rental crack down, a visit to any of the big chains web sites reveal the truth, that they are getting into the exact same segment, luxury homes for rent.  Look the other way, while Marriott and Hilton make a grab for homes across the globe to rent to tourists.  The reality is there are no vacation rentals on my block, just neighbors renting their basements.  Our streets have no parking and there are occasional parties.  Down the road many monster homes have been erected where there used to be a single family.  This is the true erosion of residential neighborhoods, apartment buildings disguised as a house.  Where is the clamor and enforcement of this true cancer?  Don't be fooled by this rouse.

I get it.  But what happens to the local people looking to escape the 2 bedroom apartment and want to rent a beach house for the a week and teach the kids how to dive and fish.A lot of my best memories are from beach houses.