Land acknowledgment statements are becoming part of many academic, cultural and community events. Hawaii needs to keep up with the movement. 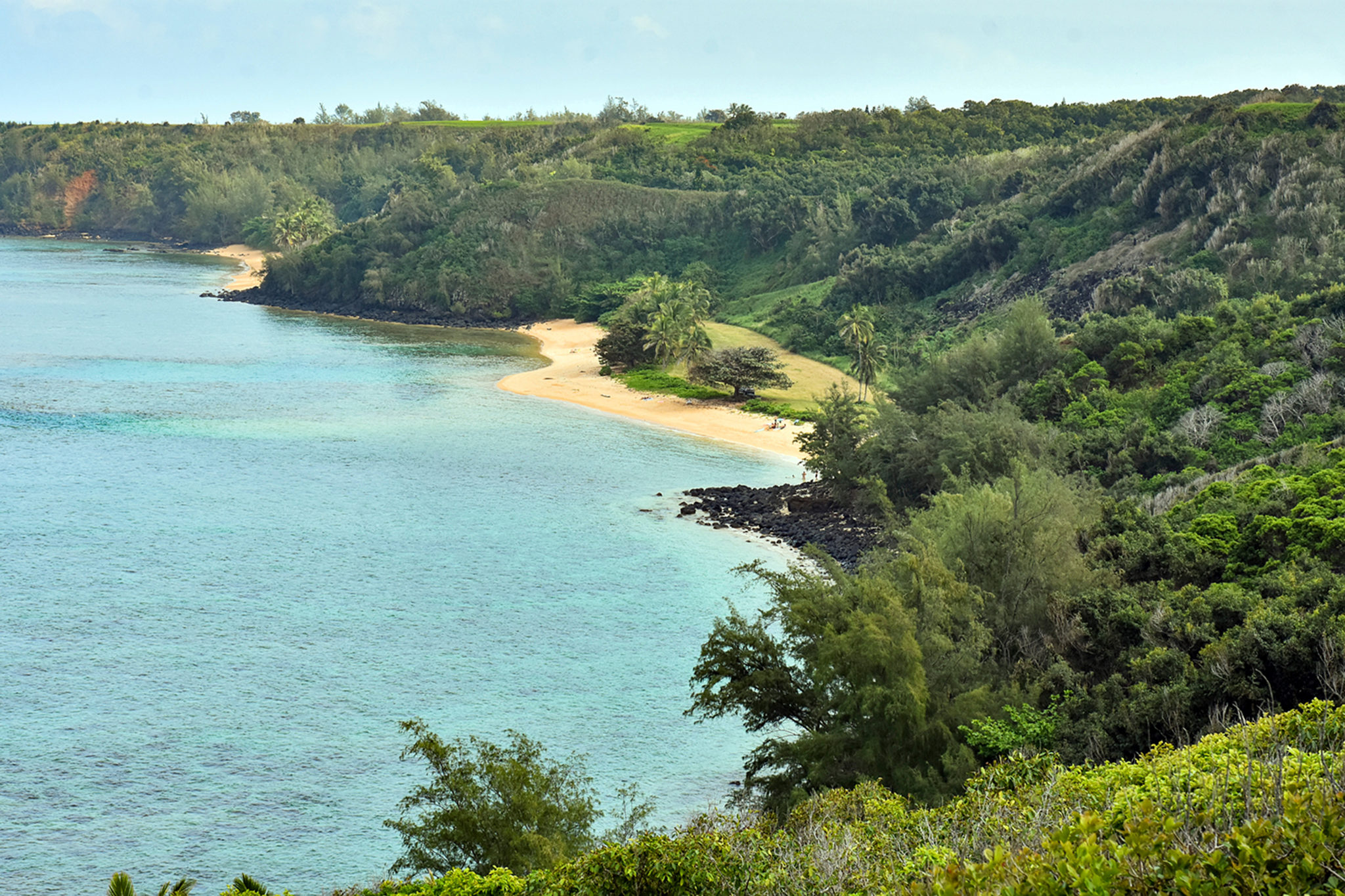 One of the benefits of this new era of virtual meetings brought on by the pandemic is that it has made the exchange of ideas across vast distances so much easier.

That is especially meaningful on these remote islands. Thanks to the new normal of online streaming and Zoom meetings, people in Hawaii don’t have to get on a plane to give or hear a lecture, watch a live performance, or participate in planning sessions with colleagues across the mainland.

We can converse live with people around the world. It’s still more fun to travel, for the most part, but getting to communicate past the many barriers of location is a precious thing.

When people from different places gather together online, it brings the use of land acknowledgments into focus.

Or it has in certain circles.

A land acknowledgment is “a formal statement that recognizes and respects Indigenous Peoples as traditional stewards of the land and the enduring relationship that exists between Indigenous Peoples and their traditional territories,” as defined by the Native American Council. When virtual meetings include people from many different areas, it’s amazing to hear land acknowledgment statements in different forms.

According to the National Museum of the American Indian, land acknowledgment is a traditional custom that dates back centuries in many native communities. The museum offers this very basic template as a place to start: “We gratefully acknowledge the Native Peoples on whose ancestral homelands we gather, as well as the diverse and vibrant Native communities who make their home here today.”

“On behalf of the University of Hawaii and its Board of Regents, I respectfully offer up his Hooia Aina, Land Acknowledgement, acknowledging Hawaii as an indigenous space whose original people are today identified as Native Hawaiians. This acknowledgement honors the land we stand on and guides the way in which we speak and act. I ask all those present to reflect and honor the indigenous people, the traditional stewards of the land for generations upon generations. The University of Hawaii is strategically clear in our commitment to fostering the well-being of our indigenous people and their communities through our academic processes, thus contributing to the growth of community for both our people and the world.”

One suggested version from the University of Hawaii Manoa Place of Learning Advancement Office starts like this:

“I would like to begin by acknowledging that the ‘āina on which we gather … is part of the larger territory recognized by Indigenous Hawaiians as their ancestral grandmother, Papahānaumoku. I recognize that her majesty Queen Lili‘uokalani yielded the Hawaiian Kingdom and these territories under duress and protest to the United States to avoid the bloodshed of her people. I further recognize that Hawai‘i remains an illegally occupied state of America.”

Students in Hawaiian immersion programs or those studying Hawaiian language in other programs learn land acknowledgement as a foundational lesson.

“We teach our kamalii that when they stand to speak, they should acknowledge the place where they are from so that the names remain in our living memory. It is somewhat similar to what the Native Peoples of the Americas do by acknowledging their bands, clans and nations,” said Ilima Choy, educator and cultural practitioner. “This is usually done in formal speech or when introducing who they are and where they come from.”

But the practice hasn’t yet become standard in Hawaii business and government gatherings, whereas in other communities — for example, in Portland, Oregon — land acknowledgements are widely used.

Then again, maybe it shouldn’t, especially if saying the words is a mere formality to seem sufficiently on-trend.

“To a certain point, land acknowledgment has a great intention, but I feel as if it could be perceived as rubbing salt in the wound,” said Makiilei Ishihara, a teacher and actor. “Lines that sound like, ‘We recognize we are on the stolen lands or occupied lands of these Indigenous people,’ have me wondering what this institution, company, group or ensemble is doing to create a relationship, give back or give to these Indigenous communities they are acknowledging?”

In a way, though, just saying the words, speaking of the history and current status of a place and its people, is a start. Hawaii used to have the excuse of being behind every trend happening on the mainland. Someone just taught me the old joke, “When it’s 5 o’clock on the West Coast, it’s 1959 in Hawaii,” which was true for many years.

But the new era of virtual meetings and live streaming takes away that excuse. So before you start that next meeting, consider a bit of research and some words of acknowledgment. 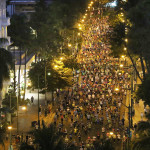 Neal Milner: What The Honolulu Marathon Says About Hawaii

A collective mindset in which people feel grounded to place is a sweet feeling that  cultivates a sense of stewardship and attention to interrelationship of humans to the ecosystem they dwell in.While Tribalism based on land ownership that goes back generations in a modern changing world can present some serious problems.In Israel it's Jews taking land from Palestinians based on ancient beliefs.In Tibet it's Han Chinese expropriating land from religious Tibetans.Serbs, Croatians, and Bosnians are in a constant struggle over tribal land ownership. And the sad list goes on.Today more people are becoming migrants, refugees, transplants because of social, economic, and environmental reasons. Hawaii has been a destination for so many peoples from around the world starting with the early S. Pacific and Tahitian migrations.Myself, having been a young migrant in a military family and a world traveler, I find tribalism quant and becoming more outdated as the years go by.As someone rooted in place, I think tribalism has to be replaced with inclusiveness with those who also are rooted to Hawaii.

For the first time in many months, i felt a sense of hope that our aina and our planet are being left in good hands:  I watched a 3-day webinar (11/15-17/2021), sponsored by the U of H, Manoa Department of  Research & Innovation ( sorry, I can't include a link:  google  "A Blending of Culture and Science," University of Hawai'i).  The topics included: Connecting Hawaiian Indigenous Culture with AstronomyConservation of our Ahupua'aInnovating to Connect Hawai'i and the WorldWhile I could recognize the undertone of positive PR for the UH, i was pleasantly surprised to learn how various departments are collaborating across traditional boundaries to broaden the knowledge bases of their students, prepare them for sustainable employment in Hawai'i and create opportunities for companies and jobs in Hawai'i, with international/global markets/industries.Major takeaways for me:Importance and strength of indigenous science systems for supporting environmental sustainability:  knowledge (Western science) vs. wisdom (indigenous/ancient applications of systematic observation/testing to living in harmony with the land and oceans.Women faculty outnumbered the men, as presenters!  YEAH!

"I would like to begin by acknowledging that the âÄina on which we gather â¦  remains an illegally occupied state of America." There it is.  The ugly truth that happened to all the native peoples in America not to mention the genocide that went along with it.  Unfortunately, that recognition much less reparation has yet to be acknowledged by the significant majority of white America.  Just look at the rabid opposition to critical race theory which posits the institutional racism in this country's history.  Acknowledgment?  More like the great denial is ascendant.