The guides make for better voters, level the candidate playing field and improve the democratic process. 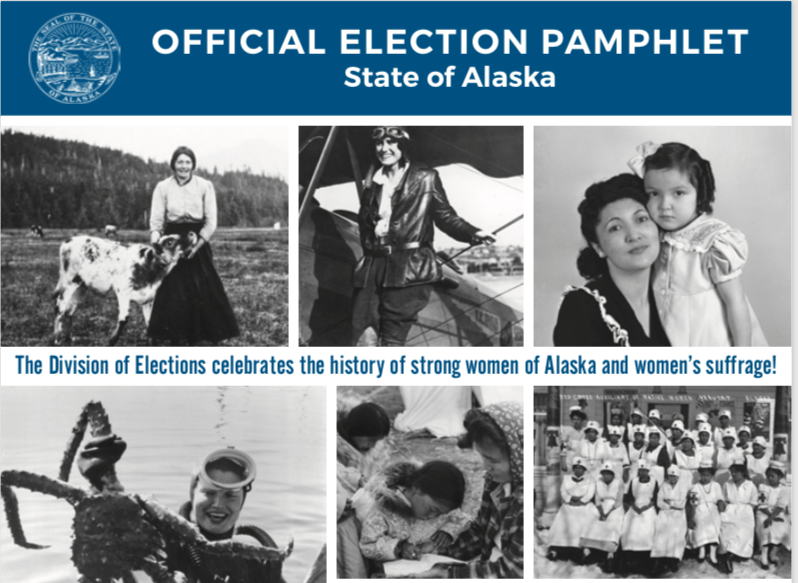 Hawaii made a quantum leap forward when it allowed statewide mail-in balloting in 2020. It was a good idea that led to a major increase in turnout while also retaining the opportunity to vote in person. But it took years for the legislation to pass.

Another proposal that has been tested — successfully, as seen in the Democratic party of Hawaii’s presidential primary last spring — is ranked choice voting. Several measures to enact RCV were considered in the 2021 legislative session and the proposals carry over into the new session that begins in January.

Here’s yet another good proposal that deserves attention by state lawmakers: a voters’ information pamphlet to help Hawaii residents make informed decisions when casting their ballots. More than a dozen states require their offices of elections to publish and distribute a voters’ guide, including the four other Pacific states of Alaska, Washington, Oregon and California.

In a 2018 Civil Beat article, state elections chief Scott Nago cast doubt on ever producing a voters’ guide again because, as he put it, it can be difficult to explain the issues fairly.

Voter services section head Nedielyn Bueno says the office is apolitical and focused on the mechanics of voting — running elections, enforcing rules and laws, getting people registered and reminding them when, how and where to vote.

But if the Legislature and governor approve legislation, Hawaii could join other states that believe providing information to voters is a fundamental part of democracy.

The National Conference of State Legislatures says that in at least 16 states election officials are required by law to publish and distribute a voter information pamphlet.

NCSL identified seven states in a 2014 report — the four Pacific ones noted above along with Arizona, Utah and North Carolina — as providing detailed pamphlets on candidates, ballot measures “but also much more.”

Alaska’s pamphlet stands out. It requires its chief elections officer — the lieutenant governor — to prepare a pamphlet and mail it to each registered voter household in the state. And it must contain the following:

The 2020 edition is 152 pages and includes photos, maps, cartoon illustrations (like a bear wearing a Covid-19 mask adorned with the state flag) along with the full text of ballot measures with statements in support and in opposition. It also lists recommendations and rules to follow when voting during the pandemic (for example, “Encouraging voters who have health concerns to vote Absentee By-Mail”).

Sharon Forrest, administrative officer for the Alaska Division of Elections, says the state has been publishing and distributing a pamphlet for decades. The 2020 edition cost about $450,000 to print and mail and is free to all registered voters in the state of more than 730,000 people.

Forrest said her office has heard from voters in rural areas that appreciate the pamphlet for providing “quick access” to candidates and other voter issues.

“We don’t really hear complaints, unless we forgot to put someone in the pamphlet or if a candidate elects not to be included, which they can choose,” she said.

Hawaii could benefit from a pamphlet similar to Alaska’s, although we don’t vote for judicial candidates. Other states also have good ideas.

NCSL calls California’s law on voter information “robust.” The secretary of state must mail the pamphlets to each registered voter household, although voters can opt out of receiving the printed copy. The law also says that the information must be provided in an audio recorded version and over the internet.

Oregon — “the state with the most active citizen initiative process in the country” — produces a “very thorough voter pamphlet,” says NCSL. The secretary of state must produce a state voter pamphlet and can work jointly with counties.

Additional means of distribution are allowed, including radio and television broadcasts in Oregon. Washington’s secretary of state, meanwhile, makes the pamphlet available in taped form, Braille and in electronic form.

Ballotpedia in 2020 compared all online voting guides and reported that all of the Pacific states plus Arizona scored the highest possible score in terms of features — six out of six.

Those features include providing pro and con arguments, a fiscal impact statement that explains how a measure will affect state finances, and translations into multiple languages.

Hawaii’s elections office does offer Chinese and Ilocano instructions on its website and translated ballots in both languages. Bueno said the U.S. Department of Justice determines which languages are mandated and updated direction is expected next month.

But other states with diverse cultures go further: According to Ballotpedia, California’s ballots come in 10 languages including Hindi, Khmer, Vietnamese and Tagalog, while Alaska offers seven including Inupiaq, Gwich’in Athabascan and Siberian Yupik.

It’s Up To Lawmakers

The Hawaii Legislature has introduced voter information guide bills in recent years, but they have not gotten far.

But in 2019 a Senate bill calling for a detailed pamphlet did receive hearings and testimony.

The postcards would also include posting in public libraries, polling places, in a daily or weekly publication of statewide or countywide circulation, and be available in Braille, large print or audio recording.

“A voters’ pamphlet is a cheap and effective way to improve Hawaii’s civic health.” — Colin Moore

Among those testifying in support of the measure was Colin Moore, the director of the University of Hawaii Public Policy Center.

“Nearly every empirical study of voters’ guides indicates that they are an inexpensive and effective way to increase civic engagement,” he wrote. “First, voters read them and find them useful. One survey of Californians found that a majority of people who read their guide considered it their most important source of election information.”

He continued: “Second, voters’ guides can level the playing field for candidates who are unable to raise large sums of money. In many states, all candidates are given the opportunity to communicate directly to voters through a brief written statement included in the pamphlet.”

“This is often because they simply have no idea who the candidates are or any understanding of the ballot questions — and a voters’ guide can help. One study from Washington State, for example, found that the number of blank votes dropped significantly after the state issued its voters’ pamphlet. In sum, a voters’ pamphlet is a cheap and effective way to improve Hawaii’s civic health.”

Moore said he stands by his testimony today but emphasizes that the pamphlets must be printed and distributed. He points to his home state of California as an example.

“Everyone sees it on their dining room table before elections,” he said. “People carefully mark them up. There would be a public outcry if the state did not publish them.”

Sandy Ma, executive director of Common Cause Hawaii, agrees that a printed pamphlet is necessary: “If a kupuna does not have a computer, how are they going to read it online?”

She also notes that many public housing facilities in Hawaii do not have free high-speed internet access.

Hawaii has made great strides over the past few years in empowering voters. Publishing and distributing a voters’ pamphlet will continue that constructive pattern.

If you agree, contact your state senator and state representative. They are already working on legislation for 2022. 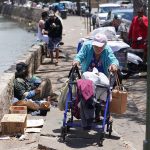 "But a lawsuit in 2004 convinced the Hawaii Supreme Court that the state failed to follow mandated guidelines when it put a constitutional amendment regarding criminal prosecution on the ballot."Ok.  So there was a law, directions on compliance, and the state still couldn't follow their own rules?  No wonder issues aren't put on the ballot nowadays.  It's easier to just ram it through the legislature, and band-aid any "shortcomings" later on w/ amendments.It must be what people wanted then and want now.  The same folks are still doing it.  And a whole bunch of new folks, too.

I like the idea, but given that Hawaii lawmakers tend not to represent the will of the voters, it's unclear how such a document would help.

It's not up to the State Elections Office to vet the candidates or their platform. The State of Washington gives EVERY Candidate a page, with words limit. It's a black and white print with cheap "newspaper" paper. The education for the voters is tremendous and so critically needed. That's the least our State Elections Office can do  -- have a Voter's Guide to provide transparency, education, and equity to all PRIMARY and General Elections candidates. It's not hard to do.