Lessons For Democrats, Republicans And Hawaii From The Mainland Election - Honolulu Civil Beat

Lessons For Democrats, Republicans And Hawaii From The Mainland Election 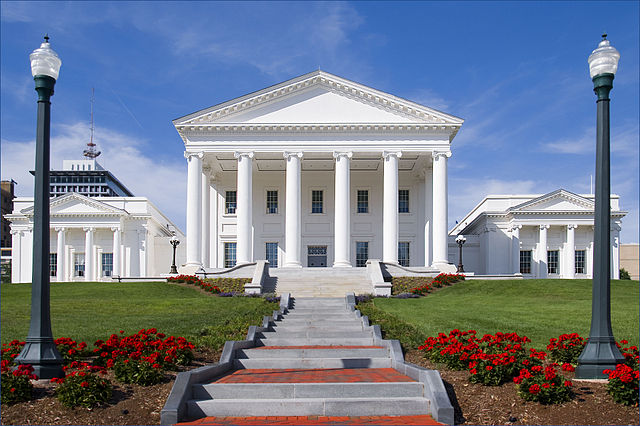 Charles K. Djou is a former Republican Congressman who served on the House Armed Services Committee who is no longer with the GOP. He is also an Afghanistan war veteran and a lieutenant colonel in the Army Reserve.

Like Hawaii, New Jersey and Virginia not only voted for Joe Biden for president, but did so by comfortable double-digit margins. Yet in Virginia, the Republican candidate won by nearly 3 points. In New Jersey, a state Biden carried by 16 points, the Republican nominee came within a half a point of toppling the incumbent governor, a Democrat, despite being heavily outspent.

The 51-seat New York City council, like the 51-seat Hawaii State House, had a mere three Republicans in its chamber. After the election, however, depending on how recounts and absentee ballots go, Republicans could potentially triple that number.

This all comes in less than one year after Biden’s inauguration and Democrats took total control of politics in Washington, D.C.

For Democrats, the clear lesson is their 2018 capture of Congress and 2020 capture of the White House were stern rebukes of Donald Trump, not an endorsement of far-left progressive policies.

From Buffalo, where a moderate write-in candidate defeated a socialist democrat endorsed by Alexandria Ocasio-Cortez, to Seattle, which elected a Republican running on a law-and-order platform to municipal office for the first time in three decades, to Minneapolis, center of the George Floyd/Black Lives Matters protests, that soundly defeated a ballot measure to defund the police, the far left was soundly rejected in liberal jurisdictions.

If voters in staunch Democratic areas turned away from progressive campaign politics, Democrats must learn that the people want sensible moderates, not the radical far-left.

For Republicans, the lesson is just as stark. With Trump out of office, silenced on Twitter, and kept away from the campaign trail, the GOP can actually win elections again.

The arrogant, selfish, potty-mouth brand of populist politics offered by Trump led directly to Democrat victories in 2018 and 2020. But just one year later with Trump gone from the scene, Republicans showed they can win in historically Democrat areas by campaigning on centrist, sensible policies and keeping Trumpism far away.

For Hawaii the lesson is centrist policies work, the far left and far right do not. The blue states of New Jersey and Virginia along with the deep blue cities of Seattle, Buffalo, Minneapolis and New York, all demonstrate that staunch Democrat districts — even if they do not want Trump — also do not want to defund the police, critical race theory, or massive government expansion.

Hawaii’s elected leaders, and especially those seeking Hawaii’s governorship next year, should heed the lesson that the people want common-sense government that balances the budget, encourages economic growth, and builds safe communities — free of both democratic socialism and Trump.

When Hawaii goes to the polls next year, the candidates who learn these lessons will do well. Those who choose to continue divisive partisan politics of the progressive far left or populist far right will not.

I hope when Hawaii’s legislative session opens in January our legislators hear the lesson given by voters, stick to centrist policies such as fiscal responsibility and limited government and avoid going down the path of radical changes such as untested rank choice voting policies, cutting police funding, or fluid gender policies.

If not, Hawaii voters will deliver just as stern a rebuke to Hawaii’s incumbents as the liberal voters on the mainland just delivered to their incumbents. 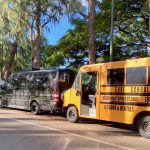 Denby Fawcett: Why Doesn't The City Crack Down On Commercial Uses Of Parks?

Charles K. Djou is a former Republican Congressman who served on the House Armed Services Committee who is no longer with the GOP. He is also an Afghanistan war veteran and a lieutenant colonel in the Army Reserve.

Having moved here fairly recently from a red state I didn't think I'd miss Republicans. Now it's 20 months into Ige's "Emergency" and neither him or Green are even on the island. The legislature is also useless. Please run someone I can be proud to vote for in 2022. I will register to vote here before the end of the year and probably join the Republican party so I can vote in the primary.I wish primaries were open here though. I don't really like joining either party, but you gotta do what you gotta do.

"If not, Hawaii voters will deliver just as stern a rebuke to Hawaii's incumbents as the liberal voters on the mainland just delivered to their incumbents." ~C. DjouSomehow I doubt that very much despite my wanting to agree with Djou's assessment. We are weak, complacent and lazy here. It will be status quo. Change my mind.

An well thought out observation of mainland politics, however, Hawaii as always remains it's own bird, at times ignorant of the national scene.  From what I read in here in CB, it would seem as though locals are tired of the same faces, do nothing politics and look toward a big shift in future elections.  The difference in Hawaii though is block voting and the influence of unions and other super PAC's on our elections.  There is definitely an educated and informed voting population, but there remains a large herd mentality when it comes to the local vote.  This somewhat overlaps with an ethnocentric voter population that at times keeps incumbents in office for decades.  There is also much voter and candidate apathy because Hawaii is such a blue state and Republicans are seen and made out to appear "Trumpish" just because of party affiliation.  I hope that people become more informed, vote independently and rely on what candidates stand for and represent in the future.