Modern Hawaiian music has deep roots. Among the most iconic type of this music is the “slack key” guitar. 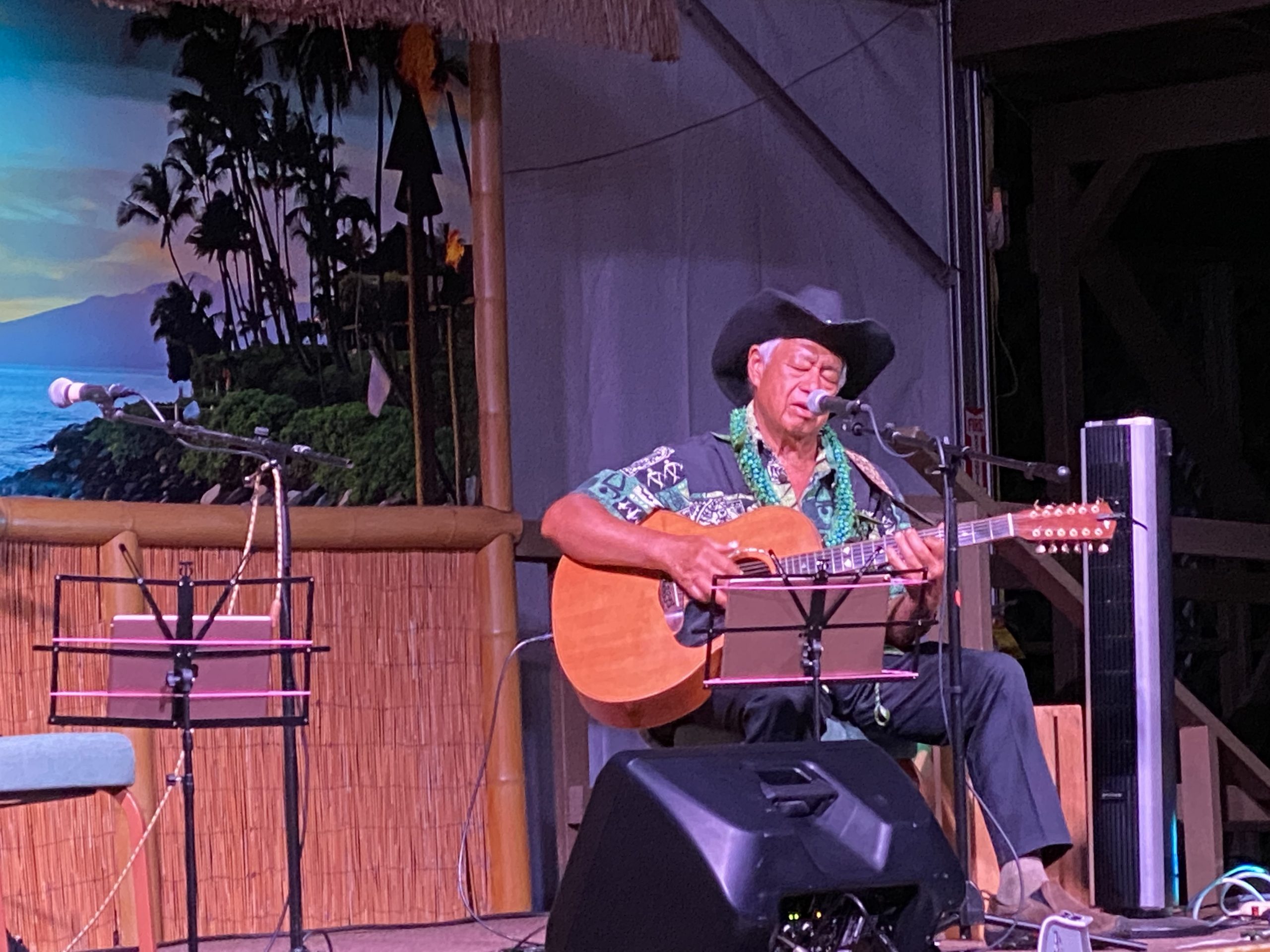 My husband and I were recently on Maui. While in Kapalua, we decided to catch Uncle George Kahumoku’s Slack Key Show at the Napili Kai hotel.

It was a lovely reminder of how deeply ingrained music is in the fabric of Hawaii’s identity and culture. My grandparents absolutely loved Hawaiian music.

My grandfather was a wonderful pianist, and our family parties always included hours of Hawaiian music. The backyard paina, or party, has been a staple of fellowship and celebration for generations.

These parties would last all weekend. Kupuna will often talk about visiting someone’s house for an entire weekend, where family and friends would cook, eat, spend time together, and sing and dance the nights away.

When someone mentions their “backyard hula” – it’s a reference to their go-to song that they would get up and dance to during these backyard jams.

And central to it all is live music.

The History Of Slack Key

Modern Hawaiian music has deep roots. Among the most iconic type of this music is the “slack key” guitar.

The history of slack key music is really a story of Hawaii’s early embrace of cultural diversity. In 1793, shortly after foreigners first arrived in Hawaii, Captain George Vancouver gifted the first cattle brought to the islands to King Kamehameha I. Kamehameha then famously released the cattle on Hawaii island, and placed regulations, or kapu, upon them so that they could breed and multiply.

And multiply they did. Soon wild cattle were roaming across Hawaii island, and Hawaiians had yet to master a means of managing them effectively. The original restrictions were revoked, but more was needed to control the cattle.

In 1803, the first horse was brought to the islands and gifted to Kamehameha. Kamehameha would pass away within a few years, but the relationship between the islands and cattle was already solidified. Cattle would become an important source of revenue throughout the islands, particularly as demand increased in the early to mid-1800s.

It would be Kamehameha’s son, Kauikeaouli, also known as Kamehameha III, who first invited cattle herders from California, largely Mexicans, to come to Hawaii to help manage the livestock. Many Native Hawaiians with Mexican ancestry can trace their lineage back to these immigrants to the Kingdom of Hawaii.

Paniolo would become the name used for cowboys throughout Hawaii, and a unique culture would emerge from these individuals. This culture would develop many customs that continue in the islands today, including slack key guitar music.

The vaqueros, another name for the Mexican cowboys, brought the Spanish guitar to the islands with them. The slack key guitar style would emerge, a specific reference to the method of tuning, in which guitarists would loosen or “slack” the keys.

It’s a sad reality that many local musicians need to tour away from home for their livelihoods. The Covid-19 shutdowns illustrated how difficult it is for musicians to make a full-time living in Hawaii.

As Hawaii continues reopening, live music is one custom we can all look to preserve. Live music certainly seems to be less prevalent than it was only a decade ago, but venues that still have live music deserve to be supported.

Jerry Santos plays live at the Hilton Hawaiian Village on weekends. Although it’s not the Rainbow Lounge, with its funky and glorious 70s-esque decor, it’s still perhaps one of the best shows in town. Perhaps it’s because I grew up listening to him play, but Uncle Jerry is one of my absolute favorite Hawaiian musicians, and any opportunity to sit and hear him play is a memorable one.

Also, if you have not had an opportunity to go to a show at the Blue Note Hawaii, I urge you to check it out. Located in the Outrigger Waikiki, where the Society of Seven used to be located, the venue has quickly become an important site for live music, featuring both local performers and those brought in from the mainland.

Later this month, you’ll be able to catch performers like Kealii Reichel, Anuhea or Makaha Sons.

Those of us who are old enough often lament the loss of music venues like the Ranch House or Spindrifter. The Ranch House was a wonderful restaurant where groups like Olomana or Makaha Sons played regularly. It closed in the late 1980s and is now the Aina Haina CVS.

Spindrifter was another popular restaurant that featured local musicians. I remember going with my grandparents to watch Jon Osorio play there.

Those of us who remember these treasures of our local past reminisce about them fondly, and a bit sadly. Good live music just makes everything more enjoyable. And when I was growing up in Hawaii, good live music was everywhere. It was in our homes, our backyards, in our neighborhood restaurants.

For those who champion the preservation of Hawaii, preservation isn’t only about land or resources. It’s also about culture and customs, which also should be protected. And it will require a conscious effort to make sure that these important traditions continue to grow and thrive in our islands. 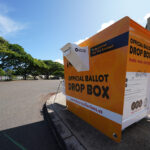 Lee Cataluna: If I Had A Dollar For Every Time Someone Suggested I Run For Office

Thank you for the lovely article which brings back so many memories of our own little family gatherings where music was such a unifying and beautiful  element.  I really miss the old Ranch House, I think we were all really sad when that closed.  The food was too western and expensive for our family so we never got to eat there but we had lots of nice community meetings there.

Fine sentiment.  Technology has been in many ways challenging for artists, and adding on the pandemic has been brutal.There is also a very nice jazz club called "Medici's" which is in the Manoa Marketplace and therefore has great parking.  Both local and mainland musicians appear there.And contrary to urban legend, this is not the upstairs of someone's house.  It is a commercial establishment.  I take piano lessons in the music and arts school downstairs.  Positive place; a mom and pop operation.

Restaurants/bars that offer live music (whether it be for dining room ambiance or as a customer attraction) are all businesses. And like most establishments that close, it's usually because of reasons like business downturns or lease negotiations that don't work out.I know several musicians who have worked at various venues in Waikiki. They included places like the original Don the Beachcomber, Trappers, Rock Cellar, etc. Those places shut down, but life goes on for those musicians as they need to find a new gig somewhere else. Alas, the live music/entertainment business is not a field for people who are seeking lifetime job stability.