A $4 million donation from Mark Zuckerberg and his wife Priscilla Chan this week has boosted efforts to restore the Alakoko Fishpond on Kauai.

In 2012, my husband and I participated in a meeting of fishpond practitioners in Waipa on Kauai. The meeting was, in part, to begin development of a streamlined permitting process for the restoration of traditional Hawaiian fishponds, known as loko ia.

During this trip, the group was taken to Alakoko Fishpond, also known as Alekoko Fishpond or Menehune Fishpond. If you have not been to this pond, it is truly a marvel. Over 100 acres in size, this pond is a true reflection of both the scientific and engineering talents of Native Hawaiians that existed well before foreign contact.

I remember feeling a very strong desire to see Alakoko pond restored. It seemed wishful thinking at the time. The program was still years from completion. The pond was still privately owned.

Still, as we labored through putting the streamlined program together for the next four years, I would often think back to that day on Kauai and the “holy grail” that was Alakoko Fishpond.

A couple years later, a friend at the U.S. Fish and Wildlife Service would direct Sara Bowen, the executive director of Malama Huleia to the streamlined permit program, called hoala loko ia.

The streamlined permit program, administered by the Department of Land and Natural Resources office of conservation and coastal lands, allowed the nonprofit to save substantial time and resources by not having to battle through the antiquated permitting process that had long hampered fishpond restoration. Instead, the nonprofit could focus on the restoration work itself.

Alakoko Fishpond would become one of nearly two dozen fishponds to benefit from the streamlined permit program since Gov. David Ige signed legislation supporting the program, which has been regularly highlighted as an environmental success of Ige’s administration.

With the state’s approval, Bowen, along with a group of area fishpond practitioners, launched an ambitious and visionary effort to restore Alakoko Fishpond.

One of those practitioners is Peleke Flores, who helped to care for Paepae Fishpond in Kaneohe before returning to his home island of Kauai to help lead restoration of Alakoko. Flores himself is a product of the years of work of many community groups, like Paepae o Heeia, that led to normalizing fishpond restoration.

The pond was still privately owned by a local family, but restoration efforts began in 2018. Then they began to gain momentum. In early 2021, the family expressed a desire to sell the property. The community quickly mobilized to find a way to acquire the culturally significant land.

This week, the dream of owning and protecting the pond was realized when Malama Huleia announced that the community group secured a deal to purchase the pond.

The purchase was made possible by a $4 million donation from philanthropist Priscilla Chan and her husband, Facebook CEO Mark Zuckerberg, who own property on the Garden Island and make it their part-time home.

Restrictions on the deed ensure that the property will remain in conservation in perpetuity.

“This wahi pana (celebrated place) is an important part of our island’s cultural history. This is where countless generations of Kauai’s people for over the past 600 years worked, played and fed our communities. We are honored to be able to continue that tradition and looking forward to one day have Alakoko feeding our community again mentally, physically, and spiritually while extending the Hā (breath of life) of this place for the next 800 years along with the future generations to come,” said Flores in a written statement about the acquisition.

Now, what seemed fantasy less than 10 years ago is a reality. The potential of the fishpond is extraordinary.

Malama Huleia board president Jan TenBruggencate says it perfectly: “For more than six centuries, Kauai residents have stepped up to care for this pond, to learn from it, and to draw inspiration and sustenance. In this century, it’s our turn. This is kuleana — it is our obligation and our honor. It took a village to get to this point, and we are deeply thankful to everyone who has helped us carry this tradition forward.”

Kauai has an extraordinary community. If you’ve ever spent time there, you’ll know that residents pride themselves on having never “been conquered.” It’s a reference to King Kamehameha I’s numerous failed attempts to conquer the island. It is perhaps the perfect description of this island and its people, who are steadfast and resilient in rather exceptional ways.

This victory reflects that steadfast resilience. Alakoko is a space of learning and education. It is an outdoor laboratory of traditional science and learning. It is a place of wellness and fellowship. It is aina, that which feeds, in every sense of the term.

Fishponds traditionally were essential parts of environmental sustainability and food security. As Hawaii continues to struggle with both of these issues, it is the knowledge of the past that continues to present itself as the best hope for the future. 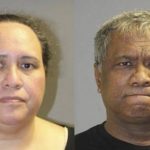 Lee Cataluna: There's A Big Difference Between Arrested And Convicted

Very pleased to hear of this positive progress.  Also nice to know it will be an outdoor laboratory of traditional science and learning and also a place of wellness and fellowship.  Hopefully there are plans to make this fish pond operational in the sense of providing food to those in most need?

Certainly a great update from the Garden isle, Kauai. This wealth sharing from a philanthropist couple new to the community, that directly perpetuates Hawaiian culture and sustainability, gives hope for fishpond revival in our state. I wish Molokai residents could imagine to clear cut the new bloom of  "Tourist not Welcome" and "Visit, Spend, Go Home" signs that somewhat block views of OUR fishponds. Maybe, just maybe,, we might be able to send a more positive message thus signaling our HOPE to work with like minded deep pockets who sense the potential here for progress.

As a mainland transplant I've never understood why so little is done here to restore and maintain historical sites.  A small (dollar a day) head tax on visitors would provide a funding stream and school kids could learn from field trips to remove debris and take on light building projects.  Why is so little done, as opposed to a lot of lip service, to maintainng the aina?