Lee Cataluna: There's A Big Difference Between Arrested And Convicted

The adoptive parents of Isabella Kalua are still presumed innocent in the eyes of the law. 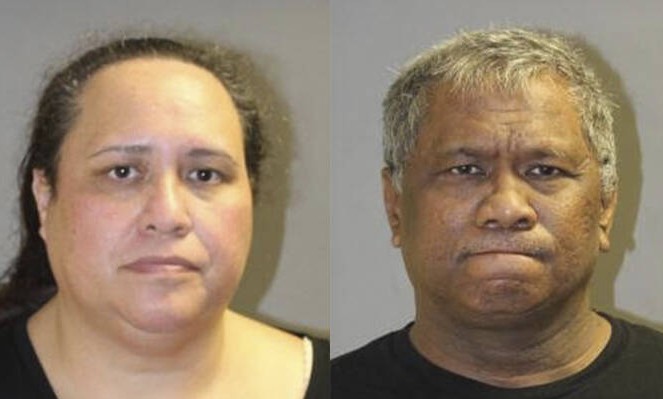 Though Honolulu police reclassified the search for missing child Isabella Kalua, also known by her birth name Ariel Sellers, to a murder investigation, the child’s body has not been found.

Isaac and Lehua Kalua were arrested following the disappearance of their adopted daughter and investigators raided their home.

Isaac and Lehua Kalua were indicted by a grand jury on murder charges.

But it cannot be said that Isaac and Lehua Kalua murdered that little girl, at least not by journalists.

Or that used to be the standard in professional journalism. Some of the recent news coverage of the girl’s disappearance, however, steps away from that old-fashioned rule and slides the slippery slope toward assumptions about guilt because the adoptive parents were arrested.

While most news stories invoke phrases like “police believe that,” “prosecutors say that” or “witnesses claim,” some of the coverage of this case could be seen as suggesting that the Kaluas murdered the girl as though that were a fact when it has not been proven in court to date.

On Nov. 12, KHON ran a headline on its site that read: “The extent of state oversight at Kalua home is unclear prior to Isabella Kalua’s murder.”

On Nov. 18, KHON ran the headline: “With 12-year-old as key witness in murder of Isabella Kalua, experts lay out challenges for prosecutors.”

It should be noted that headline writing is a tricky craft in itself, and often headlines are shortened out of necessity to just include key words, not complete details.

Hawaii News Now also ran interviews with people protesting the foster care system who clearly assumed the allegations were true and said things like “children shouldn’t be dying in foster care.” Of course no one can argue against that statement, but still, it has not yet been proven that’s what happened.

The story of Isabella’s disappearance got picked up by what is known as the “true crime” circuit — websites that aggregate news coverage of horrific crime across the United States. This amplified the assumption that the allegations were indeed true.

On Nov. 19, a website called Crime Online ran a story with the headline: “Isabella Kalua: Bio Family to Sue After 6-year-old Dies.” The second part of the headline did invoke the word “allegedly,” but only in regard to the reports of the way the child was mistreated.

The Independent carried a story that asked the question, “What happened to Isabella ‘Ariel’ Kalua, six-year-old who died in care of adoptive parents.”

The story was even carried by People magazine online.

None of this is to be construed as any sort of defense of Isaac and Lehua Kalua. It’s about the state of journalism and the eroding guardrails that keep reportage of a case from veering into assumption, speculation, or worse, sensationalism in service of entertainment.

The use of the word “allegedly” is a flimsy little fig leaf often stuck on the end of a journalist’s sentence to cover the liability of a false accusation, as in the Fox News headline, “Missing Hawaiian girl, 6, was duct taped in dog cage by adoptive parents, stopped breathing, sister alleges.” Though almost an afterthought, “allegedly” is nevertheless important. The presumption of innocence, or “innocent until proven guilty,” is a legal principle in the American justice system.

HNN ran a story that said experts believe HPD has more evidence than has been publicly disclosed. That is undoubtedly true, but that evidence has yet to be presented in court.

On Nov. 18, Honolulu Police Department CrimeStoppers program announced that the reward for information on the case is now at $15,000 after an anonymous donation to the fund. The statement says the reward is for “information regarding the disappearance of Isabella Kalua or for information leading to the recovery of her body.”

The police department’s public-facing statement did not indicate that the fate of the child was known. We don’t know what information HPD and FBI investigators have, and they may be certain, but CrimeStoppers is still looking for more.

Whatever happened to that little girl, all the public knows for sure is that she is not safely at home this morning enjoying a good breakfast. She is not happily playing with classmates at school. She is unaccounted for after being placed in a foster home and subsequently adopted by parents who seemed to have a host of troubles.

Prosecutors can say the Kaluas killed her.

Witnesses can say they saw what they saw.

Journalists can quote them, but there’s a big jump from quoting a cop or court documents or a grieving relative to reporting allegations as fact. 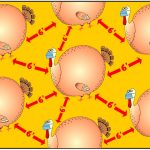 And let's not forget what was erroneously reported about President Trump and Russian collusion, Steele dossier, etc.

The headlines do not state that the Kaluas committed Isabella's murder. They just say that she was murdered. Is it justified for the media to describe Isabella as being murdered? I don't think it's wrong to say that, just because there's been no conviction yet. No one was convicted for the deaths of Nicole Brown & Ron Goldman,... OJ Simpson being found "not guilty" in court & all. But that doesn't mean journalists are wrong to state that Brown & Goldman were murdered. No need to say "alleged." Reporters just have to be careful about identifying anyone as being the murderer.HPD has released enough info to establish that Isabella was murdered & not still missing or dead by accident. The one thing that the media shouldn't do is identify anyone as being the culprit at this point. That people in the community will come to their own conclusions about who dunnit' is something that no one can control.

Mahalo to Stopthemadness below for posting in comment and being the first to mention Rittenhouse in this article's comment tread. LC overlooked the most glaring current example of not reporting on how large segment of left-wing news media has pegged an individual with their own verdict before due process occurred in the courts and are still continuing to do so post court verdict. Now they have exposed themselves to litigation and are likely going to have to payout just like some of them did when they did the same to Nicholas Sandmann. Amazing there was no mention of these two events by LC in this article & instead she posted a link to a Fox News headline only when referring to the word "allegedly". It horrid and a tragic what has happened to this little girl and the person(s) found guilt in a court of law need to pay the price; however, this article really missed the mark in what could have been a couple of very effective examples of writing about what the title states: There's A Big Difference Between Arrested And Convicted.