Hewa is the opposite of pono, and the Navy's actions in the Red Hill drinking water crisis and whoever shot a monk seal on Molokai certainly fit the definition. 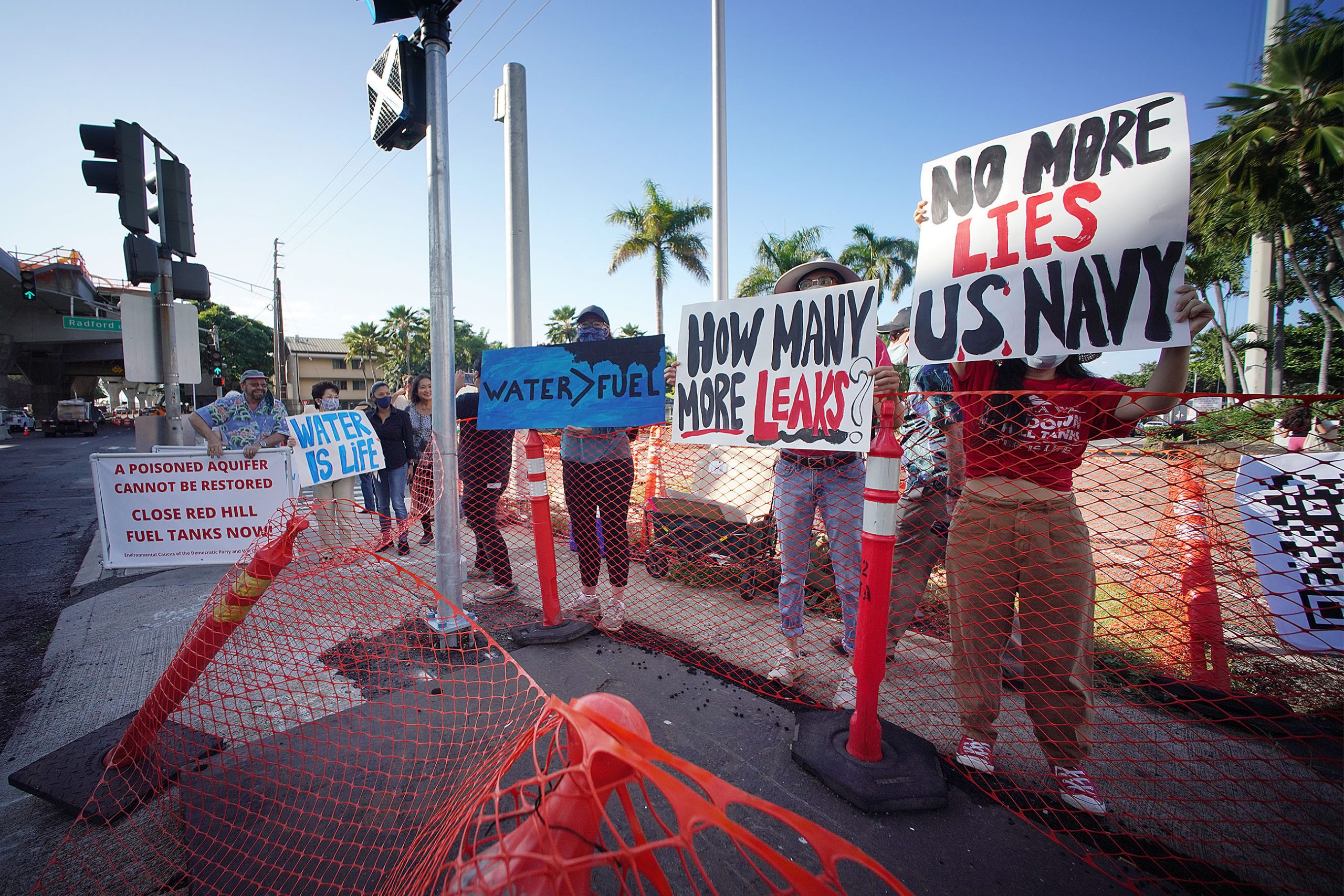 Certain words in other languages are more powerful than their equivalents in English.  One such word in Hawaiian language is “hewa.” In English the equivalent is “incorrect” or “to do wrong.”

But in Hawaiian the word hewa encompasses so much more. Hewa, pronounced “heh-va” means wicked, guilty, sinful. Hewa is used to describe intentional transgressions rather than careless, accidental acts.

Hawaiian language professor Puakea Nogelmeier says hewa is the opposite of  pono.

“Pono is the Hawaiian word for everything right and virtuous. Hewa is everything wrong and dishonorable. Hewa is like an umbrella encompassing all that is bad,” says Nogelmeier, a professor emeritus of Hawaiian language at the University of Hawaii Manoa.

At the end of every year, it is customary to honor people and institutions for remarkable feats they have accomplished during the year.

I would like to turn that custom around, and instead offer Hewa Awards for deliberate or arrogant misbehavior in 2021 that has harmed others.

The Hewa Award this year goes to the U.S. Navy for continuing to downplay the serious danger that its aging fuel storage tanks at Red Hill pose to the drinking water of Oahu and the dismissive way it initially treated military families affected by the petroleum leaks at the facility.

I was impressed by the power of the word hewa when I heard U.S. Rep. Kai Kahele voice it in a Dec. 16 interview with Hawaii News Now’s Mahealani Richardson. Hewa is a word rarely heard in a TV news reports.

Kahele said, “Water is very precious in Hawaii. It is a kinolau (the embodiment of a god). Water is life. The most hewa thing you could do in Hawaii is contaminate and poison the water source.”

Kahele was talking about what could happen if the U.S. Navy failed to protect the people of Oahu from future petroleum leaks from its Red Hill facility, in light of the recent November leak that spewed petroleum products into a drinking water well serving 93,000 people in nearby military housing.

Ernie Lau, chief engineer for the Honolulu Board of Water Supply, says water for the rest of Oahu is at risk from future leaks from the Navy’s 80-year-old fuel storage system at Red Hill sitting 100 feet above an aquifer.

To poison Oahu’s water, as Kahale contends, would be hewa, beyond redemption.

“No matter how strategically important that fuel is, it can never be at the expense of our people and our environment. That is not negotiable,” he said in the TV interview.

Beyond its tendency to dismiss the danger of future spills, the Navy gets the Hewa Award for its continuing arrogance.

On Dec. 20, Deputy Assistant Navy Secretary James Balocki said at a hearing that the tainted water from the leak that forced 3,400 to move out of their homes at Christmas time was not a crisis.

Balocki, who claimed to be unaware of the people who got sick after the leak, called it “an urgent, compelling situation, not a crisis. I have been in combat so I know what a crisis looks like.”

That was a silly and insulting comparison that completely disregarded the seriousness of the issue. In any war you expect crisis. I know. I was once a combat reporter. Soldiers expect to get shot at in firefights, maybe killed. A crisis is Navy families anticipating clean water when they turn on their kitchen taps to make coffee or an infant’s formula only to find the water laced with jet fuel. That’s hewa.

Service members join the military to fight for the safety of their country. In return, they expect their families to be protected from health hazards like dangerously contaminated drinking water.

Navy Ass. Secretary Balocki made his remarks at a hearing on the state Department of Health’s order to the Navy to suspend it operations at Red Hill, treat the contaminated water and defuel all of the aging tanks there.

After Kahele demanded an apology from the Navy for what he called Balocki’s insulting and offensive remarks, Balocki sent a letter to the Hawaii congressman this past weekend to say he was sorry and that he regretted his choice of words.

The Navy has stopped operations at the Red Hill facility and is in the process of flushing clean the tainted water but it continues to resist the order to drain the tanks and relocate its fuel storage away from the aquifer.

In the early days of the crisis, the health department said the Navy illegally flushed the petroleum contaminated drinking water onto the sidewalks and streets in residential housing areas.

And another black mark is that the Navy waited before telling military families not to drink the befouled water, even after the health department said to avoid it.

When families began to complain about getting sick from the water, the commander of Joint Base Pearl Harbor-Hickam, Capt. Erik Spitzer, in late November publicly stated the water was safe and said members of his staff were drinking it. He later apologized. This seems to be a pattern. Dismiss the seriousness of the situation first. Apologize later.

Hawaiian language expert Nogelmeier says the Navy deserves to be called hewa for its continuing lack of transparency about what it plans to do to prevent leaks.

Nogelmeier said, “The Navy is out to harm us by deciding we don’t need to know what it is doing. I am offended by the harm. It is hewa ʻiʻo no. Truly hewa indeed!”

Nogelmeier says when calling out hewa behavior it is also good to emphasize what has been righteous or pono.

The pono person in this issue is Ernie Lau, the BWS’ chief engineer who has persisted in demanding that the Navy get its act together and respond to the people of Hawaii’s insistence on pure, safe water. The health department and the Sierra Club of Hawaii have also been pono in calling the Navy to task.

The runner up for this year’s Hewa Award is the person or people responsible for the deliberate shooting death of a young female monk seal known as L11 on Molokai.

State authorities say the 1-year-old seal shot in the head was at least the third intentional killing of a monk seal on Molokai this year.

Department of Land and Natural Resources enforcement officer Jason Redulla said in a virtual news conference on Dec. 21: “Make no mistake, folks. These intentional killings are evil, despicable acts perpetrated against an endangered animal in its own habitat.”

Hawaiian monk seals are the most endangered seal or sea lion species in the United States.

There are only about 1,400 surviving in the wild.

They are called monk seals because the folds of their skin resemble a Catholic monk’s robe, as well as for their solitary nature.

What makes these monk seal killings so hewa is that the seals move by galumphing across the sand. On land, the creatures are lethargic, lolling on the sand primarily to rest. They lack the ability to evade a gunshot. To shoot a defenseless seal in the head is a cowardly act.

Molokai dentist Boki Chung found the dead seal in September on her morning walk along Molokai’s south shore. “Why would somebody do that?” she asked.

Scientists working to protect monk seals speculate that some fishermen on Molokai might be killing the seals because they mistakenly think the mammals are eating the species they are trying to catch to feed their families.

But scientists say that’s false information: the seals are not interested in the fish humans enjoy such as ulua, papio and oio.

Seal protector Todd Yamashita told Civil Beat’s Brittany Lyte that he cried off and on for a day after the death of the curious and playful seal L11.

Yamashita decried the ignorance he feels is prompting the seal deaths: “‘It is your God-given right to annihilate anything that comes in the way between you and your fish that feeds your family’ — that is a sentiment that runs deep, especially when you cross it with misinformation,” he said.

Yamashita is the operations manager for Hawaii Marine Animal Response on Molokai.

What has been righteous in this issue are the people of Molokai like Yamashita and dentist Boki Chung who want monk seals to thrive. Also, longtime Molokai community advocate Walter Ritte who told Hawaii News Now: “This is happening way too often.”

And the monk seal killers? They can call me anytime to pick up their Hewa Awards. 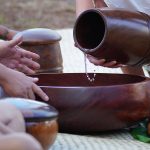 Another great article Denby!  Hopefully in 2022 Hawaii can start to "regroup" and start to look at the health of Hawaii as a whole. This whole turn of being selfish and inconsiderate has become so toxic. Since Dan Inouye died, the military lost a lot of its power to do whatever it wanted. Am glad to see that Kai Kahele is showing some spine. Am very glad that Civil Beat chose to dog this and not let it be buried like a lot of the military attitudes and actions.  And locals need to look at what is really "pono" and not self-serving. Hawaii has so much anger now, and unless it can start to turn this around, it's going to get worse. Hawaii will never go back to pre-contact, or even pre-statehood, so folks really need to start listening, instead of reacting, to look for solutions that can incorporate modern Hawaii without losing what has made it so special.

Pardon me but I find your use of the "hewa"/"pono" dichotomy very problematic.

Isn't it interesting how much fervor is generated through social media posts of tourists touching, or getting close to monk seals and how "locals" get all up in arms about tourism in general and want everyone banned from the islands.  And yet when monk seals are found shot dead by locals there is far less clamor to have them found, arrested and prosecuted.  This has happened on Molokai and Kauai and is not the doing of tourist.  Lets keep this all in perspective, both are wrong, but one is severely more evil than the other and if there is anger at the perpetrators, it should be focused locally.  In a somewhat related issue is all the litter and dumping that locals cause, yet outwardly blame others for misdeeds.  The vast majority of damage done is done by locals that have no pride in their islands.  A prime example being any public restroom.