Gutting “gut and replace” for good is just the first place to start reforming the legislative process. 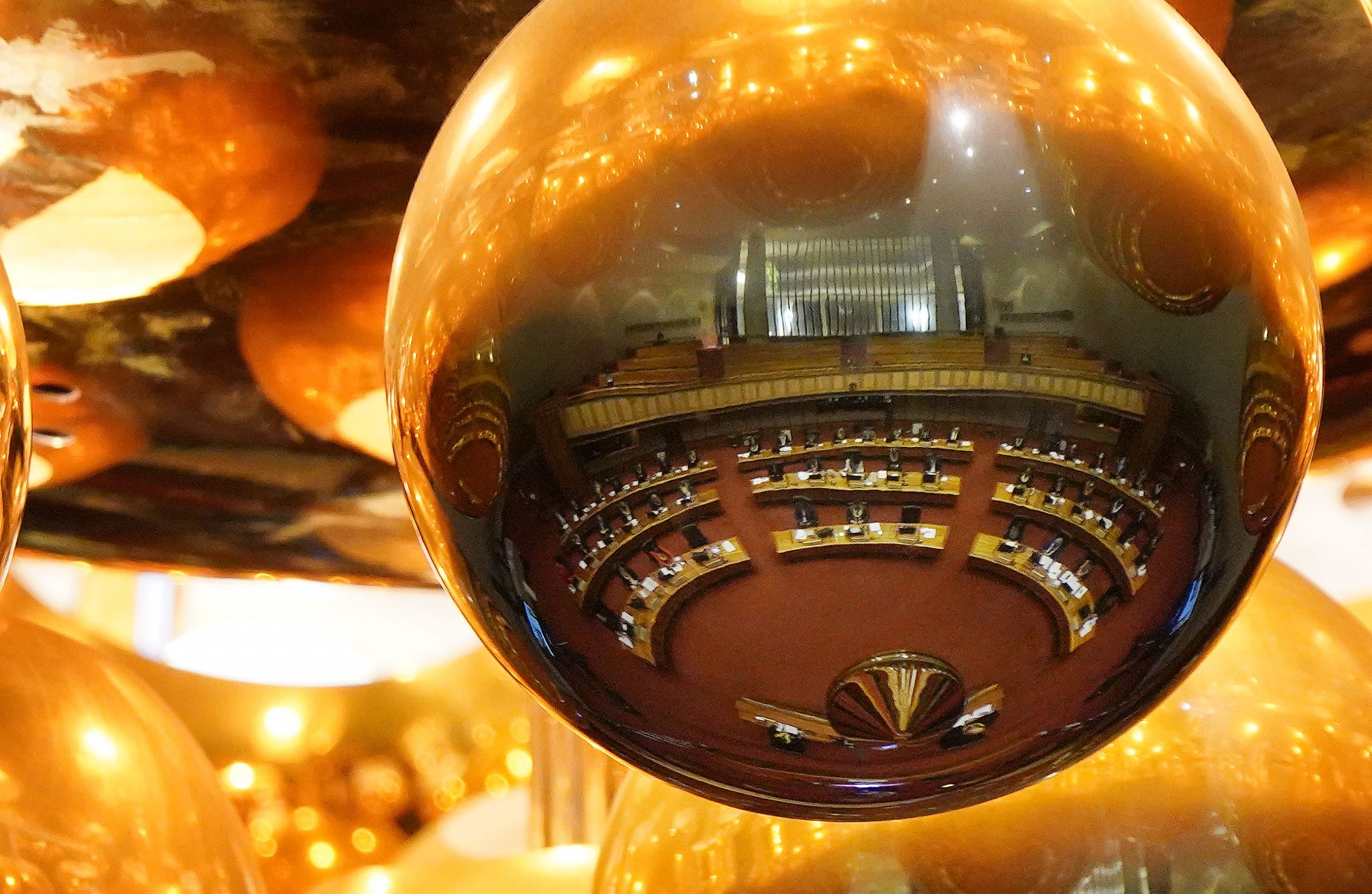 The legislative process in Hawaii, as implemented by leadership in the state House of Representatives and in the Senate, is in need of a serious overhaul. Community input, transparency and legislative accountability are seen in Hawaii as obstacles to overcome and not principles to embrace.

While perhaps legal in the strictest sense, the existing process insults and ignores public input, and the vast majority of decision-making is conducted in the shadows.

This conduct is allowed because most elected members are unwilling to challenge House-Senate leadership, and, frankly, most accept it as “just the way things are.”

Thus we must celebrate the Hawaii Supreme Court’s recent decision on the legislative practice known as “gut and replace.” The justices ruled that bills must receive a full public vetting. We must commend Common Cause and the League of Women Voters for taking this issue to court and persevering.

As a result, the message to the Legislature from the Judiciary is loud and clear: “Gutting,” or removing the contents of a bill that has gone through three-fourths of the legislative process and multiple public hearings, and “replacing” the contents of that bill with proposed changes to the law unrelated to the original bill — thus bypassing the legally required public review process — is unacceptable and unconstitutional.

While the Hawaii Supreme Court ruled only on one specific legislative application of this practice, the Legislature has clearly been put on notice. We must celebrate this major victory for transparency and accountability, but we must also continue pushing to eliminate a long list of legislative practices that have both gutted and corrupted the lawmaking process here in Hawaii.

Here are five additional obstacles to legislative accountability that are at best egregious impediments to the democratic process. Each could be resolved if House-Senate leadership was willing and/or forced to do so by the majority.

Idea No. 1 — Most bills introduced today by our elected members of the state House and Senate are killed without ever receiving even a single public hearing. Legislative rules in Hawaii allow the chair of a committee to unilaterally choose not to hear any bill referred to their committee.

This holds true even if the bill had successfully passed through numerous previous committees in both the House and the Senate. Any subsequent committee chair may simply refuse to hold a hearing, thus killing the bill without any explanation. The only way around this rule is via a floor motion and support of “one-third of the members to which the House or Senate is entitled vote in favor of the recall.”

Solution: Amend the legislative rules to require every bill to receive at least one hearing and be voted up or down. Yes, this would add to the work burden and extend the hearing schedules, but it’s an essential part of a true democratic process. Bills that are duplicative or very similar in nature could be grouped together and heard simultaneously, with a single bill emerging as the preferred “legislative vehicle.”

Idea No. 2 — Existing rules presently allow those bills that actually do receive a hearing to be killed by the chair without any member of that committee actually voting to kill them. Consequently, members are rarely “on record” voting against any bill. If the chair chooses not to pass a measure, they will simply “defer” the measure and no vote is taken.

Solution: Amend the legislative rules to require a recorded vote on every motion including a move to defer. If the committee agenda is particularly crowded, the chair or vice chair can simply ask, “Are there any ‘no’ votes?” If not, all will be recorded as an “aye.” This would add two minutes max to the process.

Idea No. 3 — It’s common practice now that when committee hearings are conducted, the chair at the conclusion of the hearing will orally announce various amendments to the bill, and a vote will be taken to approve those amendments — even though nothing in writing may have been provided to committee members (not to mention to the public).

I am told that in the “old days,” the chair was required to provide committee members and the public with any proposed amendments in advance so they would have time to review and perhaps comment or offer further amendments prior to the vote.

The Hawaii legislative process as it’s now practiced insults and disempowers the public.

Solution: Change the rules to go back to the old days.

Idea No. 4 — According to existing practice, nearly every bill that moves through the legislative process is referred to the House Finance Committee whether or not it has a direct financial impact on the state budget. This grants the House Finance chair the unilateral authority to kill or amend every single bill whether it impacts the budget or not (see Ideas No. 1, No. 2 and No. 3 above).

The measure could be one that is “pure policy” — for example, increasing or decreasing the requirements for a professional license; expanding or limiting pollution standards; or banning the sale of candy-flavored tobacco.

Historically, bills referred to the Senate Ways and Means Committee have had to meet some threshold of “budget impact.” If a bill contains an “appropriation clause” and purports to actually expend state funds or increase State funds (via tax or fee increases), then a referral to WAM would be made. But if the bill was pure policy with no measurable or clear tangible impact on the budget, there is normally no referral to WAM.

Solution: Amend House rules to reflect the practice in the Senate.

Idea No. 5 — The 60,000-pound gorilla in the room: Too many decisions are made in the dark, away from sunshine and public oversight. The Hawaii State Constitution Article III, Section 12 states:

“Every meeting of a committee in either house or of a committee comprised of a member or members of both houses held for the purpose of making a decision on matters referred to the committee shall be open to the public.”

It’s common practice for committee members, certainly the chairs, to meet in private “for the purpose of making a decision on matters referred to the committee.” They meet in private, negotiate in private and agree on the outcomes in private, emerging from the closed private meetings to announce the outcome, then formally vote at the public meeting.

Solution: Do what the county councils do and conduct negotiations in public. Amend the state’s Sunshine Law and require at the minimum that committee chairs comply and stop cutting deals with each other in secret. Take a hard look at the Hawaii Constitution and conduct the people’s business accordingly.

In summary, the Hawaii legislative process as it’s now practiced insults and disempowers the public, grants far too much power to individual legislators and makes critically important decisions in secret.

It doesn’t have to be this way. A majority of members can change the rules and adopt a legislative budget and schedule to allow for the extra time (via additional recess days if needed, not extra “session” days) and the additional staffing needed.

Yes, it’s complicated; yes, it will require more work, more staff, and more money — but the status quo has to go. 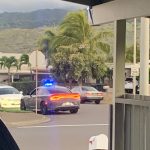 From Kaua'i, have supported Senator Hooser for years. Sadly, he continues a path of unreasonableness lately. These are all comforting suggestions. If Gary also said, "give every local family $100,000," that also would be a great idea.However, such suggestions are unrealistic. The Rich & Powerful control politics in Hawai'i for their advantage -- not We The People. There is no mechanism at this time to change their oligopolistic grip on the reins of government. Maybe reform in our laws giving voters the ability to place legislation on the ballet is the FIRST needed step. We The People need a voice. Only the Rich & Powerful are heard at this time.

The Essay on Gut and Replace by Gary Hooser is right on.As a Chair of a Neighborhood Board, I asked our legislators on several occasions to not support Gut and Replace, that it is an insult to the people of Hawaii, that we labor together on a bill, many testify and then in committee without oversight or public opinion to have a bill gutted, voted on in the chamber and it does not even look like the bill we testified on. This practice is dishonest, against the laws of the legislature and denies the democratic process.Yes, hold government accountable, we have the right guidelines in our legislature, what we need is legislators which have the integrity to follow their own rules and represent the people fairly and per our State Constitution. To do what is best for the people of Hawaii, according to the rules prescribed in the legislative rules.Looking forward to this next legislative session.Move forward together

Thankyou so much for this. We need grassroots changes in Hawaii to keep whatâs special here.   The city council just passed bills 34, 38 which make it a crime for any tour company to show almost any beach or park to our visitors. Rather than engaging the whole community, see whatâs going on, ride on one of my tours, a blanket 100% ban was passed instead.   There were angry complaints by some residents that some areas were overly busy, a bill was written up with no studies, no proactive helpful ideas, by the two members in whose district (entire east side and north shore) the angry people were, and the flames were fanned until there was a lynch mob mentality, and all visitors and their hosts were seen as nonhuman monsters. "Facts" distorted beyond all reality.    90% of the places I take my small groups to were problem free, and the few hotspots could have been easily been addressed, with guidelines put in place where needed.     I am respectful and educated, we support local family businesses and eateries all along our route. I love and enhance Hawaii.    Hundreds of millions of dollars taken from locals, businesses, my job, now given to rental car companies instead.    Love