Sam Lemmo, who retired last week as administrator of the Office of Conservation and Coastal Lands, took flack from all sides but stayed focused on his mission. 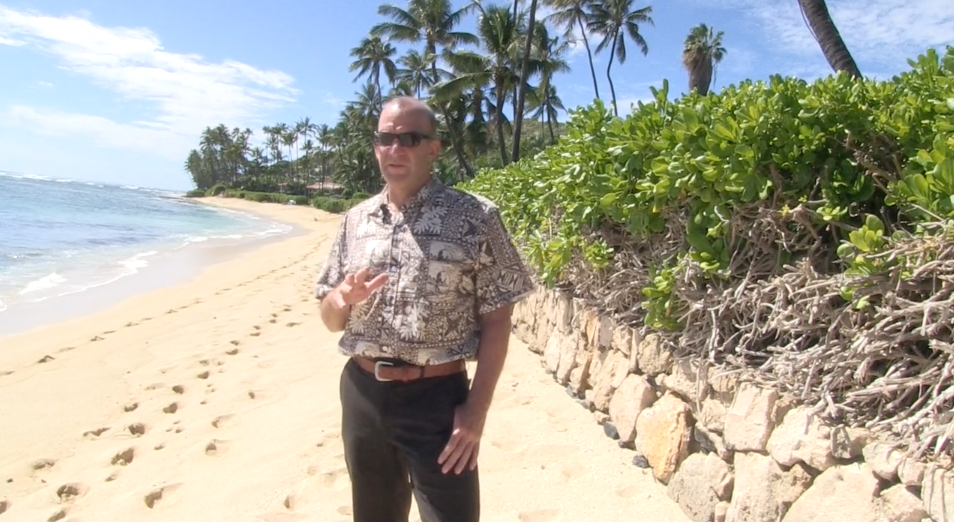 Ringing in a new year is a time of hope. For many weary residents today, certainly the main hope is 2022 will be the year when Covid-19 gradually slows down to allow everyone a breather from more new and dangerous variants.

All of us have our own New Year’s wishes for personal improvement and a better future.

For Sam Lemmo, a key hope is that people will start to take the threat of climate change more seriously and Hawaii government agencies will better coordinate their many efforts to lessen global warming, particularly sea level rise, which is escalating the erosion of the islands’ famous wide sandy beaches — even causing some to disappear.

Lemmo retired Friday after 30 years at the Department of Land and Natural Resources; his last two decades there as administrator of the Office of Conservation and Coastal Lands.

The office is responsible for the protection of state conservation lands and 700 miles of public shoreline.

I spoke with him by phone on his last day of work. Employees on the cusp of retirement usually spend their final day celebrating at office potlucks, receiving lei and a sheet cake from co-workers.

Lemmo instead was out in the field taking pictures of a Portlock beach where white sand had returned in abundance after a homeowner voluntarily agreed to remove a seawall from his property.

Shoreline protection has been Lemmo’s passion for most of his adult working life.

When he helped spur the creation of the Office of Conservation and Coastal lands in 1990, he said, “The state still was allowing too much development close to shorelines, not thinking of sea level rise, eroding beaches, the abuse of seawalls. We helped raise consciousness and the need to improve oversight.”

Chris Yuen who has served as a member of the Board of Land and Natural Resources from 1990 to 1998 and is currently filling another term on the board, credits Lemmo with prompting a 1994 rule change to make it more difficult for people to build seawalls, as well as the board’s now zero tolerance for anyone who builds a seawall without a permit.

Under Lemmo’s direction, the office developed Hawaii’s Coastal Erosion Mitigation plan in 1999-2000, a template for action the state previously lacked to protect its coastlines.

Lemmo told the land board at its Dec. 10 meeting that at the time the office drew up the plan, it did not fully realize how quickly rising sea levels would begin to seriously threaten Hawaii’s beaches.

Scientists say at least 70% of beaches on Maui, Kauai and Oahu are now battered by chronic erosion, causing the disappearance of more than 13 miles of beaches.

I have witnessed a beach largely disappear in my own neighborhood. What was once a sandy expanse at the bottom of Kulamanu Place is now a jagged coral path that hurts your feet to walk on.

The stretch known as Cromwell’s or Kaalawai Beach in its heyday was covered with thick white sand where we put our beach chairs in the evening to enjoy the brilliant winter sunsets over Diamond Head.

At the highest tides, even the coral remnants of the former sandy beach are swallowed up by the sea.

I grew up on Kahala Beach when it was a broad white beach where people could walk as far as Black Point in one direction and Waialae Country Club in the other. Not so today. In high tide, some of the narrow strip of sand in certain areas can disappear under the sea.

Lemmo came to the rescue of Cromwell’s and other east Oahu beaches on another serious shoreline issue in 2015 when he persuaded many oceanfront homeowners to cut back naupaka and beach heliotrope they were growing out on the public beach land in front of their homes.

Some of the homeowners were extending their private vegetation because they disliked members of the public — people like me— having picnics and fishing in front of their multimillion dollar mansions.

A homeowner at the bottom of my street not only was growing naupaka on the beach in front of his yard but had also set up his own irrigation system on the sand to make the vegetation spread faster to limit public access.

I was so angry I wanted to chop up the irrigation system with a hatchet. My husband persuaded me instead to call DLNR.

Lemmo was already on it. He also was stunned by the amount of encroaching vegetation on a beach he happened to see himself on one of his days off when he was visiting Cromwell’s with his goddaughter. Beachgoers in other areas had called DLNR to complain about the spreading vegetation problem.

His office sent letters to 100 homeowners to encourage them to voluntarily remove their personal landscaping from public beaches from Portlock to Cromwell’s or face fines. Obstruction of access to public property is a criminal misdemeanor with fines of $1,000 and up to $2,000 for multiple violations.

“Placing vegetation in these areas in my humble opinion did nothing to help the beach and only inhibited public access. Shorefront owners do it for privacy and in some cases they think they can accrete more private land but that’s not going to happen anymore due to state laws and sea level rise,” he wrote in a text.

Pat Tummons, publisher of the nonprofit newsletter Environment Hawaii, said when Lemmo took over as boss of the state’s conservation and coastal lands office, the former conservation office “was awful, just awful; the office was more focused then on helping developers get their permits approved rather than protecting the environment.”

She called Lemmo “a breath of fresh air. He really took the job to heart.”

But Lemmo is not without his detractors. He said it was a joke around the office that his critics would be throwing parties to celebrate his retirement.

Not just developers, but some community advocates who decried Lemmo’s actions, such as recommending the major sand replenishment project DLNR approved in October for Kaanapali Beach on Maui.

“I am sad that a group from Maui would oppose a project that is designed to sustain their natural resources, but we seem to be living in a polarized world,” Lemmo said.

Board member Yuen says there are many different beach erosion situations and different ways to mitigate them but to some critics any kind of manmade intervention is bad.

“Sam is in a tough place,” he said. “He got flack from both sides.”

In the interview, Lemmo says that’s one of the reasons he has decided to retire.

“It has been very controversial, very stressful,” he said. “I have had to spend a lot of time in court. But retiring, I have done pretty much everything I set out to accomplish.”

Lemmo says the only thing he left undone was to help create a way to coordinate and consolidate the efforts of all the different government offices and departments working hard to address shoreline protection and climate change.

One idea would be to generate a single Office of Climate Change to make Hawaii more effective in its management of programs and spending of limited resources.

‘The specter of sea level rise is so serious. We need to be really smart to figure out how to better manage this juggernaut of a problem,” he said.

Lemmo told the land board members at their December meeting that his 30 years on the job had been the most gratifying experience of his life.

“I got to see every nook and cranny of the Hawaiian islands,” he said, “and that in itself has been priceless.” 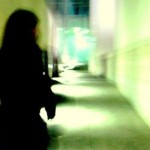 In deepest appreciation for living "Malama 'Aina" for the past 30 years. Thank you Sam Lemmo! We were lucky to have you and I hope the next person in that position does the same. (Thank you, Denby, for shining a light on him.)

My HOA butted heads with Sam Lemmo for many years over shoreline issues. Despite disagreements, he always listened, he always demonstrated that he understood both sides of an issue and he explained his position calmly and clearly even when folks were mad about it.  One of the finest government employees I ever encountered.