Eric Stinton: Schools Don't Cause Societal Tensions But They Can Address Them - Honolulu Civil Beat

Eric Stinton: Schools Don't Cause Societal Tensions But They Can Address Them

Schools deal with the societal stresses that students bring with them. They could do more, but it would take resources. 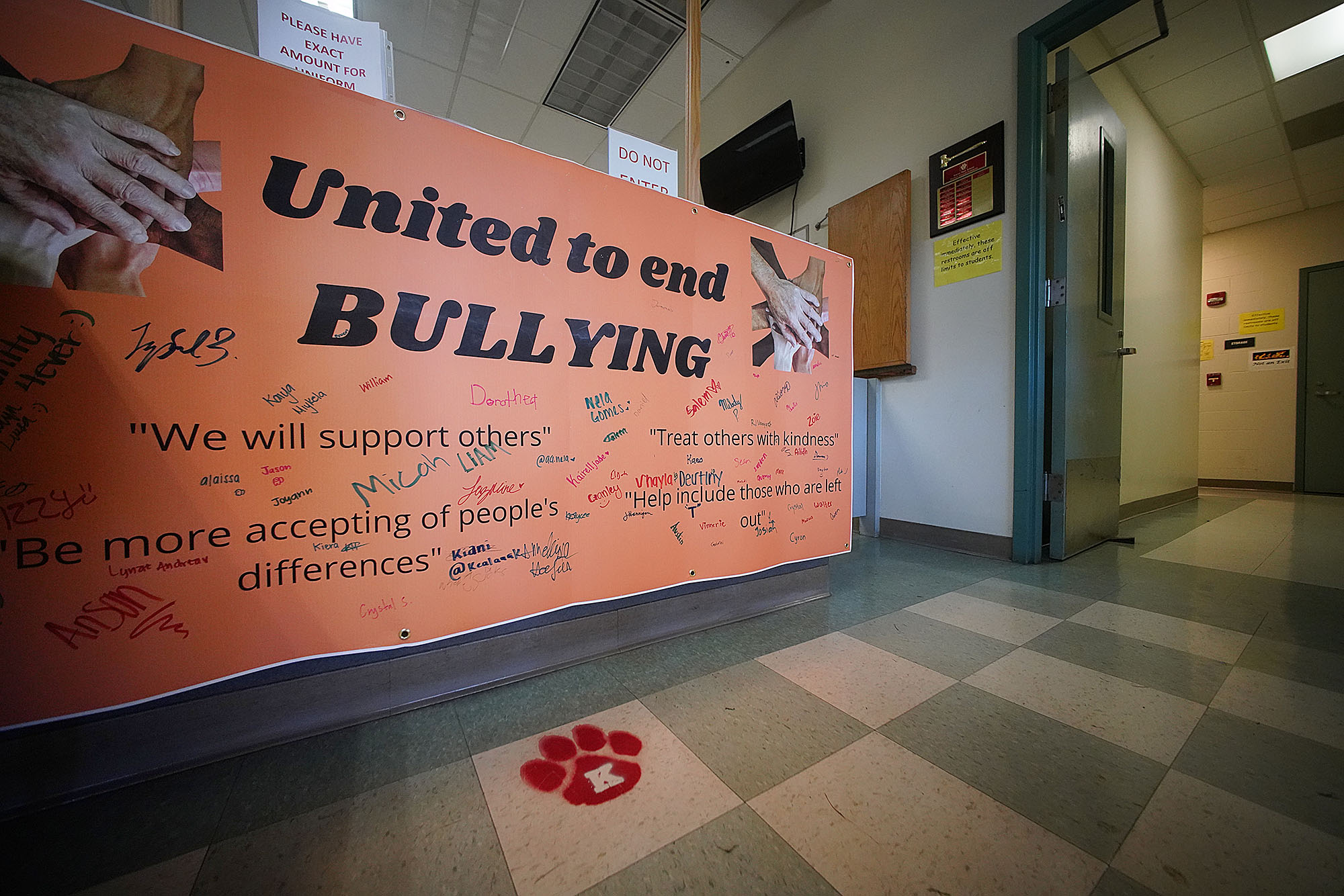 Once vaccines rolled out, reopening schools felt like an important step toward resuming normal life, whatever that means in an ongoing pandemic.

This fake-it-til-you-make-it wish for normalcy was still probably the best available option – students suffered real harm being out of school and away from peers for so long – but it doesn’t mean there haven’t been issues with it. Teachers across the country have been seeing them every day, primarily as disruptive out-of-seat behaviors in class, self-harm and fighting.

It’s not hard to understand why. Students have been through varying degrees of trauma these past two years, and trauma significantly impacts how we think, learn and behave. The fundamental challenge of sociological analysis is determining where social and institutional culpability ends and individual agency begins, but in the case of children, it’s pretty clear that we can’t blame them for responding poorly to the intensity of their environments.

All the pandemic-induced negativity I’ve felt in my own life – exhaustion, apathy, anxiety, stress and frustration – is compounded for children, who lack the developmental and experiential tools to constructively manage and express their emotions.

So it was heartening to see a Hawaii island school attempt to address the uptick in fights through trauma-informed restorative justice practices, as well as acknowledge that it will take time for these interventions to take root. That’s true, and not just because progress is a process. Fighting is a symptom of deeper problems, and schools are often unable to address the root causes of those problems.

I’ve worked with numerous parents in the past who have praised their kids for “standing up for themselves” by getting in fights. On the surface, that seems reasonable enough – is anyone really against standing up for yourself? – but it gets blurrier the more you scrutinize it.

What does it mean to stand up for yourself? I’ve had parents tell me they would rather their kid get in trouble for fighting a bully than “ratting” to an adult, which only ends up escalating the conflict. Plus, how does that work when your child is the bully?

When is it appropriate to “stand up for yourself” by fighting? Is it when someone pushes you? Yells at you? Jokes about your family online? Looks at you the wrong way? I know at least some parents who would say yes to each one of those.

If we’re being honest, a lot of us probably think there are certain situations where physical violence is perfectly acceptable, even necessary; we just draw those lines differently.

In some ways, this is no different than the discussions happening elsewhere about what is appropriate for curriculum texts. To some people, frank discussion about race and sexuality is perfectly acceptable, even necessary. But there are also groups that feel the exact opposite – and all of them send their kids to the same schools.

All of this points to a difficult but much-needed conversation about the role schools play in addressing social tensions. What exactly are schools supposed to do about online bullying, off-campus fights between students or racial tensions they take with them from their communities into the classroom?

A common response is that schools should focus on the essentials – reading, writing, math, science and history – and let families handle moral and behavioral edification at home. It’s a nice idea, but reality rebuts it thoroughly and harshly. It simply doesn’t happen, and even when it does, kids still end up going to school with wildly different beliefs about what is appropriate to do and say to others.

Ultimately, these are social problems too large for schools to address and too immediate for schools to ignore. Schools are often the sites where social tensions collide and erupt, but at the same time, schools aren’t the cause of these problems, and therefore they can’t be the only solution.

Of course there are things schools can do. Hiring more counselors and security staff helps, as does having more services and personnel available for before, during and after school. But those things cost money, and we all know how that song goes.

Creating an effective school culture also works wonders for reducing school violence, but that’s hard to do when there are constant teacher shortages and turnover. More community engagement is always a good thing, too, but schools can only engage so much with communities that are either unwilling or unable to reciprocate.

We can’t expect schools to compete with Everything Else.

Part of the reason why schools become the de facto mechanism to address social problems is because they are uniquely positioned to deal with them. Schools should absolutely be part of the problem-solving process.

But if we want schools to do all of the things — teach academics; teach social, emotional and decision-making skills; reduce poverty and increase parental involvement; change stigmas about counseling, nonviolent conflict resolution and self-care; reconcile racial and cultural tensions in society; teach kids how to conduct themselves online and enforce penalties when they don’t – then we’re going to have to make some substantial changes to what schools are and how they operate. All of which will of course mean dumping a lot more money and resources into schools than we currently do, as well as managing those resources better than we currently do.

Schools play a considerable role in shaping how kids think and feel and perceive the worlds around and within them. But school years end, and eventually school ends entirely, while kids continue to go back to their homes, communities and lives. We can’t expect schools to compete with Everything Else.

Unless we’re willing to muster the seriousness and urgency these issues require, which I suspect, sadly, we are not, then we have to at least start thinking about how to address the social problems that affect schools, instead of seeing them simply as another problem with schools. Recognizing that difference is a good place to start. 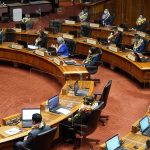 Teachers can only do so much; ideally you represent a common ground based on thinking and speaking, not fighting and acting out. You should represent maturity to largely immature students, and ideally, you can communicate both the mundane and the controversial topics with the same academic rigor. To me, that means presenting multiple sides to issues, requiring students understand where facts end and opinions begin, and perhaps most importantly, how to resolve disagreements without resorting to violence towards others, both physical and mental.Sadly, parents donât all agree on these ground rules, but no amount of counseling or services is likely to change what happens when students go home to parents with different beliefs. Only when students can "stand up for themselves" academically can this potential disparity be addressed.

When schools can get the fundamentals right then maybe we can trust them with more. So far Hawaiian public schools are horrible at the fundamentals and last week a teacher told my eight year old girl she can be a boy if she wanted to be; a blatantly scientifically incorrect statement. Teachers should know basic science at the least. Culture and perception will never trump reality.

Sounds like Mr. Stinson teaches at a public school where parental involvement is minimal. But from my experience teaching at 3 different schools, the level of involvement can vary widely. My first job was in the Honolulu District, with a high number of immigrants in a dense urban community. I could count the number of families showing up for open house night on one hand. But my next 2 jobs were in the Central District. Much greater parental involvement in these suburban neighborhoods. The lesson here is not to be jaded & generalizing expectations re: parental interaction.As far as behavior goes, teachers should have classroom rules that do not contradict laws, DOE Chap. 19 & school rules. Gray areas of contention should be addressed to the admin. But behaviorial matters should be seperate from promoting morals & personal values. When disciplinary actions gets taken, it should be based on a rule(s) broken, not b/c the student did anything that offends a teacher's personal opinions, beliefs or taste. Every teacher needs to develop classroom rules that work for them. But parents have every right to know what a teacher's rules, standards & expectations are, if they so inquire.