Hawaii Lawmakers Should Identify The People Asking For Legislation

The practice of introducing bills anonymously “by request of another party” is a disservice to the public and to lawmakers themselves. What is there to hide? 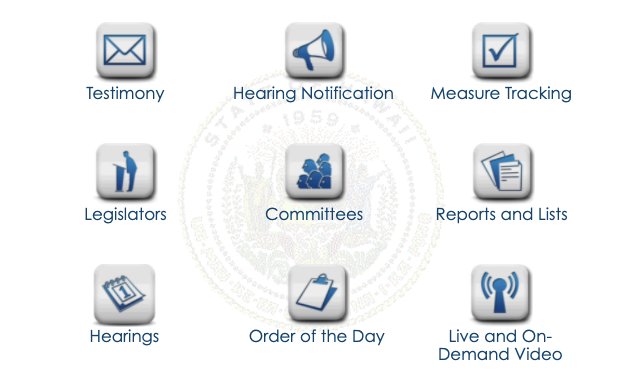 The Hawaii Legislature’s website is a particularly helpful tool, allowing citizens to examine closely and quickly the many bills, resolutions and appointments made during each session.

It is an easy process to find a bill, track its progress, see who introduced it and which lawmakers supported the introduction, as well as to learn how all lawmakers voted on the measure and even who skipped out on a particular vote.

The committee reports on a bill summarize its merits, name the supporters and opponents and explain how the bill might be amended. All the written testimony is available for perusal, too, from department heads to other agencies to interest groups to average folks.

With the broadcasting and archiving of all hearings, briefings and floor sessions — something at first resisted by some lawmakers but now standard practice because of the pandemic — citizens can even see and hear what their representatives might have had to say about a bill in real time or on demand.

But it’s puzzling, then, that lawmakers continue to allow for the anonymous introduction of hundreds of bills each year.

A search shows that, out of the more than 2,300 bills introduced in the Hawaii House of Representative in the 2021-2022 biennium, more than 100 were “introduced by request of another party” without actually identifying who or what that party is.

The same goes for the Hawaii Senate, where, of the more than 2,600 bills introduced during that same period, nearly 100 have anonymous authorship.

Some bills that are lableled “by request” are introduced by legislative caucuses or government agencies, mainly the governor’s office. The bulk of the more than 1,100 bills introduced by request during the biennium came from the Ige administration, which makes sense because a governor cannot introduce a bill unilaterally. The House speaker and Senate president take care of that.

But all of those bills make clear their origins, generally part of packages of bills and are labeled precisely that way.

That’s not the case with the 203 bills we found that cite no originator nor package, other than the lawmaker who agreed to introduce the bill.

What are those bills? The full list can be viewed below, but they range from measures that seem fairly benign to others that raise questions about who might want to change state law, and to whose benefit. We don’t know because the legislation doesn’t say and in many cases the lawmaker who introduced it isn’t talking either.

House Bill 2040, for example, would establish a Hawaii Lottery and Gaming Corporation. Is that from a resident who wants a lottery in one of the few states still without one? Or did it come from a gaming organization, perhaps one based in Las Vegas?

Senate Bill 2123 would redact from public view the dollar amounts on financial disclosure forms required by members of important state boards and commissions. Wisely, legislators did not advance SB 2123 before an internal deadline passed while the House companion was killed early on.

The Legislature is a marketplace of ideas, good, mediocre and bad. If someone feels strongly enough about an issue to have it debated in a public forum, they should put their name to it.

In fact, when popular ideas emerge they usually attract lots of backers.

The Senate bill to raise the state minimum wage to $18 an hour, for example, was co-introduced by 21 of the 25 senators including President Ron Kouchi and Sen. Kurt Fevella, the lone Republican in that chamber.

House Bill 2514 is another example of legislation with broad backing. Introduced by Speaker Scott Saiki and 43 of his 51 colleagues, it would prohibit the operation of underground fuel storage tanks with a capacity greater than 100,000 gallons — that is, the Navy’s Red Hill leak-prone facility.

House and Senate leaders had little to say when asked about the “by request” process last week, other than to say that it has been used for decades and is not something covered under chamber rules.

But here’s another problem with the anonymous “BR” bills, as they are known at the Capitol: they compete with others and can jam up the process. The Hawaii Legislature typically only passes 10% of the bills introduced in a given session, making one wonder why bother with the other 90%, let alone those with secret benefactors.

As the National Conference of State Legislatures explains, “Lawmakers’ desire to pass or improve state laws, combined with limited time in session, result in a too-many-bills and not-enough-time challenge in many statehouses across the country each year.”

NCSL says that has prompted some legislatures to limit the number of bills that an individual legislator may request or introduce.

“At least 24 of the nation’s 99 chambers impose some sort of bill introduction limit,” the group says. It does not include Hawaii, whose no-limits policy dates to the 1980s, although Hawaii does have deadlines for bill introductions and the House (but not the Senate) caps the number of bills individual lawmakers can introduce.

As for the anonymous “by request” practice, the largest state, California, has no such practice in either its Senate or State Assembly.

Neither should the Hawaii House and Senate.

The practice opens the door to the kind of corruption and bribery carried out by the two former lawmakers who recently pleaded guilty to taking cash to introduce as well as kill legislation on behalf of a local contractor. The public needs to know as much as it can about who is pushing lawmakers to act — and why. 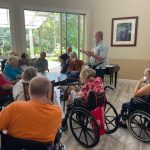 43 Years Later, Neighbor Island Long-Term Care Residents Might Finally Get Their Own Ombudsmen

Timely opinion by the editorial board. The editorial offers several suspect reasons for introducing legislation by request. It also reminded me that when I worked in the legislature, I was told that lawmakers were often asked by constituents to introduce bills that they didn't necessarily agree with, so they were introduced under the imprimatur of "By request." That designation enabled legislators to disavow bills by saying, in effect, "The provisions in this bill do not necessarily reflect the opinions of this legislator. I'm introducing it as a courtesy for a constituent." Of course, the term "constituent" can be expanded to include "stakeholders" who aren't in the legislator's district. And therein lies the rub.

Citizens can also see how disinterested their elected officials are. They don't even pretend to be engaged in the hearings. It's disgusting. I think the legislators need to be back in person for their committee meetings... maybe they'll have to pretend better when they're in the room with their other committee members. President Kouchi, Speaker Saiki, and legislators, please hold your colleagues accountable, it's embarrassing.

Brought to the attention of the HR9 Commission on ethics, campaign spending and lobbying.