When You're Cracking Down On Corruption, Don't Forget Lobbyists - Honolulu Civil Beat

When You're Cracking Down On Corruption, Don't Forget Lobbyists

There are many things the Legislature can do to bring far greater transparency and accountability to a sometimes shady political industry. 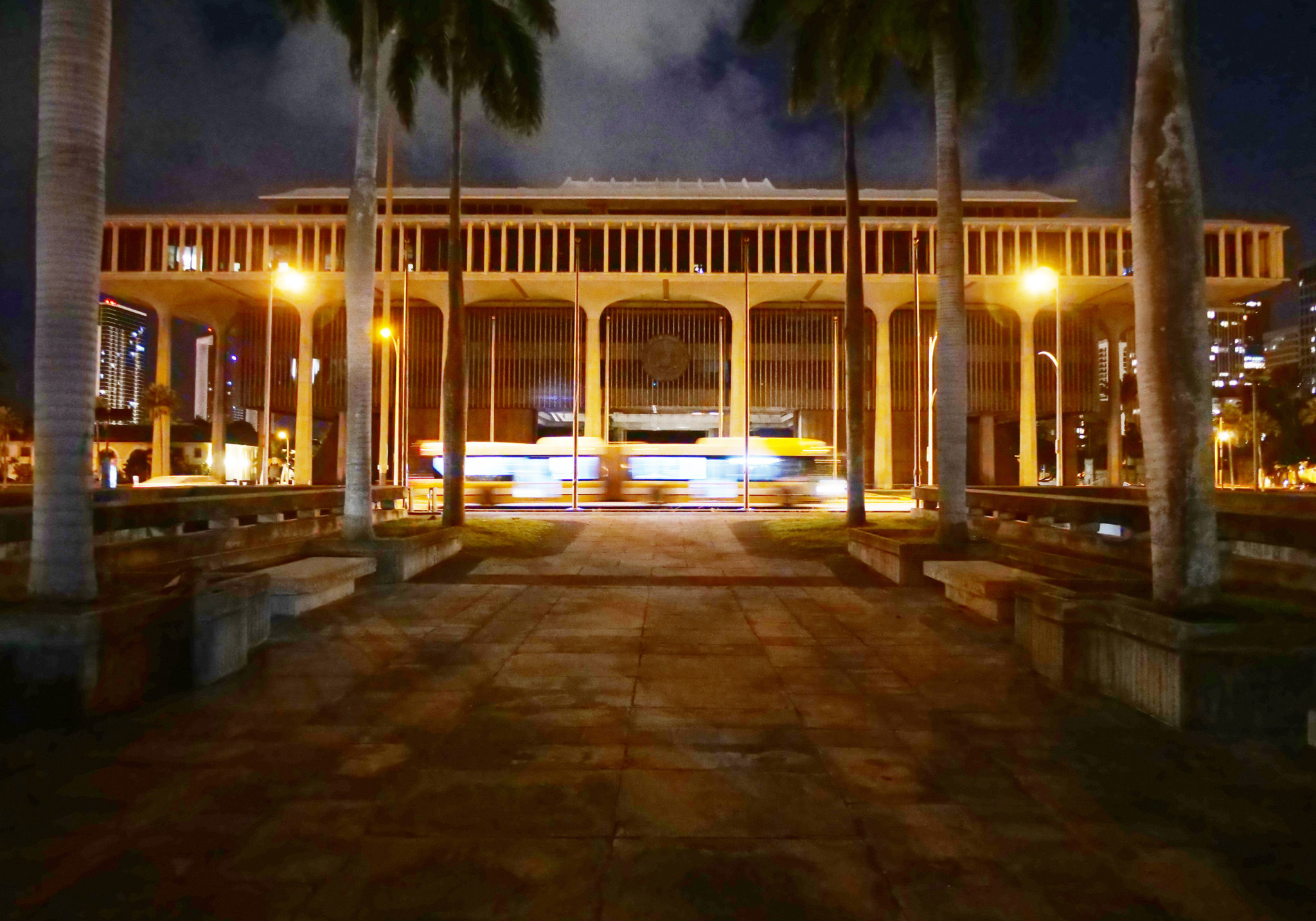 The National Conference of State Legislatures says the name of the first lobbyist is not recorded.

“But rest assured, lobbying has been around since governments were formed and political decisions were first made,” according to a 2013 article.

It is also a protected First Amendment right, and the occupation is regulated in all states, meaning lobbyists must register, disclose their activities and limit the giving of gifts.

Still, as NCSL also notes, unethical lobbyists look for loopholes and ways to skirt laws. Hawaii is no exception, and the recent federal bust of two now former lawmakers that accepted bribes in exchange for killing legislation is a sober reminder that unethical behavior exists here at home.

That’s why the Hawaii Legislature must tighten and strengthen laws regarding lobbying to help build public confidence in our government institutions.

To illustrate just how widespread lobbying is in the islands, it’s important to know that there are hundreds upon hundreds of lobbyists with a very wide range of interests registered with the Hawaii State Ethics Commission.

Even good government groups (Common Cause Hawaii), advocates for seniors (AARP Hawaii) and environmentalists (Sierra Club of Hawaii) are registered with the state. That’s a good thing, as it is important for the public and media to know who is seeking to influence policy.

The problem is that little information other than name, address, client list and minimal expenditures is required from lobbyists doing business with the state, which stands in contrast to mandatory financial and gift disclosures from legislators, top board and commission members and key state employees.

As well, these same state workers must adhere to the Hawaii State Ethics Code known as Chapter 84.

As the commission’s ethics guide explains, “These laws promote integrity and public confidence in government.”

The Ethics Commission recently changed its rules to prevent lobbyists from giving gifts to legislators, with some exceptions. But a perception remains that when one is given something — even something small like a box of manapua or lei, so-called “gifts of aloha” — something is expected in return.

That’s why the Hawaii Legislature should move to strengthen ethics rules for lobbyists.

Here are some proposals:

If a lobbyist takes a government official to lunch or coffee, brings a couple of bento to an office or treats officials to drinks during pau hana, the public should know about them even if the cost is under $25.

These meetups happen all the time, and no one should be under the illusion that those involved are just “talking story.”

The meetings should be documented and reported at least quarterly — even monthly during legislative sessions, when bills are being considered — with the Ethics Commission and posted online for all to see.

One of the very few pieces of legislation this session addressing lobbying is House Bill 1475, which requires state legislators and employees to complete mandatory ethics training courses every four years.

The most recent committee report on HB 1475 correctly recognizes that ethics training for state legislators and employees “is of paramount importance” for the state. An online system to provide the training is helping to extend that opportunity more broadly to all state employees.

Let’s add lobbyists to that list. If they skip the training, they should forfeit their right to lobby in the state.

Government officials are public servants. If a lobbyist meets with an official to discuss legislation or other government matters — especially in government buildings — that should be a matter of public record.

Lobbyists often do not testify directly on bills, preferring to sway lawmakers more discretely. But if an agriculture conglomerate has designs on an anti-GMO bill, say, or a cigarette company opposes restrictions on tobacco use, the public should know of their influence.

Blogger and Civil Beat contributor Ian Lind recently suggested that Hawaii should follow the several states that also require lobbyists to submit a recent passport-type photo as part of their lobbyist registration, “which would aid the public in recognizing lobbyists at work in the hallways and offices of the Capitol.”

The City and County of Honolulu requires lobbyists to disclose in public annual reports the actual bills they lobbied in favor of or against.

The state, though, only asks lobbyists to check off boxes for vague subject areas like “Health,” “Transportation” and so forth.

Instead, lobbyists should divulge specific bill numbers or descriptions of legislation. Lind suggests that lobbyists also reveal any bills that are introduced through the often anonymous process known as “by request.”

Lobbying is so interwoven with government that it is part of state law. Hawaii Revised Statutes Chapter 97 defines the practice as communicating with any official in the legislative or executive branch “for the purpose of attempting to influence legislative or administrative action or a ballot issue.”

The word “lobbyist,” meanwhile, is defined as anyone who is compensated more than $1,000 for their work in a calendar year, spends more than that same amount or engages in lobbying for more than five hours in any given month.

To be clear, lobbying is a legitimate and even honorable profession, but it suffers from a strong negative perception.

A 2020 NCSL report found that only about 8% of those surveyed by Gallup feel that lobbyists “are more honest than average people.” Nearly 60% of Americans consider them “to have low or very low ethical standards,” beating out salespeople, members of Congress and lawyers for “least-trusted” professionals.

But Hawaii has been sluggish in its lobbying reform efforts since enacting the first-in-the-nation Ethics Commission in 1968. It shouldn’t take ethics scandals like the one involving a former Senate majority leader and House Finance Committee vice chair to shame legislators into finally seriously consider banning political fundraising during session — that is, taking money from special interests at the very same time bills are being actively considered — and lobbying reform.

Let’s hope the recently formed state House Commission to Improve Standards of Conduct actually recommends ethics reform with real teeth, if not for this session than for the one that begins next January.

Hawaii’s residents must demand that lawmakers better regulate this system, which thus far has fostered a pay-to-play culture that has become a standard way of doing business. 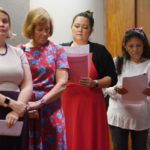 Legislative Speed-Dating: Hundreds Of Nonprofits Get 2 Minutes To Ask For Cash

When hasn't government and politics been a rigged game? Crack open a history book and look at how, aside from natural disasters, corrupt and inefficient government has been the cause of the fall of empires since people began gathering in groups.It's all about power and control. A certain amount of that is necessary, someone has to be in charge. And those looking to be in charge, generally speaking, aren't motivated by what's in your best interest.Perhaps the long answer is we start depending less on government and more on one another.

Excellent points. Mr. Pritchetts latest illustration is a good example of this.But really it's on our great legislators. They currently choose who they meet and who they accept bribes, errr... I mean campaign contributions from. They even chose for a time who was allowed into the capitol. They can easily hold meetings offsite as well.Reminds me of the pharmaceutical sales reps sitting in Dr's waiting rooms waiting to pounce on any doctor that walks in and out of the door. Doctors avoid them, say no, why can't our legislators?

Hawaii needs to pass a constitutional amendment stating corporations are not people and thus not entitled to rights. The only rights they should have are those specifically granted to them. This would solve a many political problems. While I have no training in the law, my hunch is this would pass muster at a US Supreme court loaded with constitutional originalists.