It’s a technology that has been in use for over 100 years. 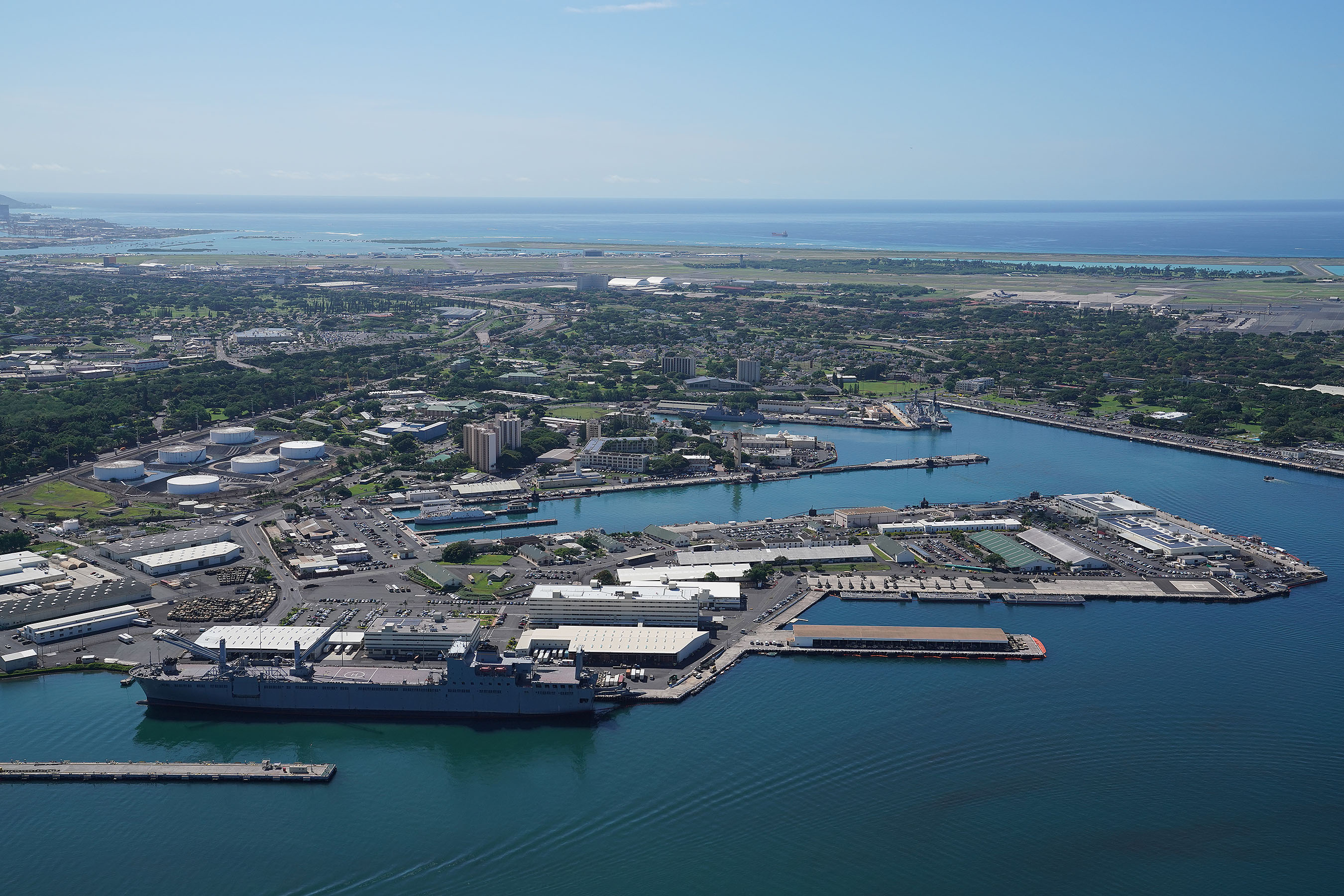 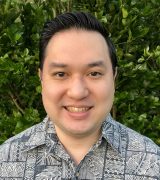 Aaron Sewake is interested in coming up with creative solutions to problems involving complex systems. He was formerly employed by Pearl Harbor Naval Shipyard and has a B.S. in civil engineering from UH Manoa.

The Department of Defense has just announced that it will be closing the Red Hill Bulk Fuel Storage facility. Now begins the arduous process of inspecting the pipelines, draining the tanks, and cleaning up the facility.

After years of fighting and advocating from numerous community groups and government officials, this may seem like the finish line of a years-long marathon.

However, we as a community should stop to think about “what comes next?”

I personally would hate to see it waste away and would instead like to see it used for some beneficial purpose.

Given the design of the facility and our needs as a community, I believe it would be best to turn the fuel facility into a pumped-storage hydropower facility.

Pumped storage hydro is an energy storage technology that has been in use for over a hundred years. It utilizes two reservoirs at different elevations connected by pipes, known as a penstock.

PSH is the largest capacity energy storage technology currently available. According to the U.S. Energy Information Administration, the round-trip efficiency of PSH is approximately 80%, which is in line with utility scale battery storage.

One major advantage that PSH has over battery storage is the ability to store energy for long periods of time. Batteries are well suited for short term storage and constant cycling, but will discharge slowly over time even if they are not being used.

A new lower reservoir and pumping and generating station would need to be built, which would probably be the largest cost for this project. Rather than building a traditional reservoir which is excavated from the ground and open to the air, pre-fabricated tanks such as those already used for water and fuel storage can be set up and interconnected like the red hill tanks.

This closed loop system would significantly reduce the amount of water lost to evaporation and is immune to drought conditions. It also allows the facility to scale easily by adding new tanks to increase capacity if required in the future.

The interconnected tank system also improves ease of maintenance by allowing individual tanks to be isolated and drained for cleaning and maintenance while not interrupting the operation of the facility as a whole.

This option, however, would require lots of space to accommodate the necessary infrastructure, space which is a premium on this island.

Another possible, albeit highly unorthodox alternative for a pumped storage hydro system, is to instead use the ocean as the lower reservoir. This has only been done once before in the world, at the Okinawa Yanbaru power plant.

Instead of storing water in tanks in the lower reservoir, water would be pumped and discharged directly to and from Pearl Harbor. This would result in substantial space savings.

The obvious challenge with this option is of course the increased maintenance costs due to the corrosive seawater and barnacle growth. The Okinawa facility utilized fiberglass reinforced plastic piping which is immune to corrosion and stainless-steel turbine blades to address this issue.

Some of the increased maintenance costs might also be mitigated by the reduction in infrastructure necessary since there will be no need for a lower reservoir. These numbers will need to be quantified to determine which option makes more sense financially.

An ocean-connected system would still raise the question of the potential for leaks impacting the aquifer. A serious discussion would need to take place with the Board of Water Supply to determine what precautions and design features would be acceptable, if any.

Without its approval, this option is a non-starter. If it is ok with BWS, there is also the question of what impacts the constant pumping and discharging might have on both the wildlife and operations at Pearl Harbor.

There are many environmental questions that would need to be answered if the ocean is used as the lower reservoir, so any work on this option would definitely take longer to assess what these impacts might be which would further increase the cost.

Much of the infrastructure for such a facility is already in place.

Regardless which option is chosen, I believe turning the Red Hill fuel facility into a pumped storage hydro system would be the best decision the Navy could make for the future of the facility. It would provide much needed energy storage capacity that could serve the entire island of Oahu, and it aligns perfectly with the Navy’s goal of increasing renewable energy usage and reducing reliance on imported oil.

The increased storage capacity would allow more intermittent energy projects, such as rooftop solar and the recently proposed offshore wind projects, to be added to the grid by buffering the variability in production and providing smoother, more consistent power output.

Since there is no geothermal or nuclear production planned for Oahu, adding a renewable source of firm, dispatchable power in the form of PSH would greatly improve our grid resiliency.

We have a once in a lifetime opportunity to turn what has been a historically damaging facility into clean energy that will benefit both the Navy and our community for years to come.

I implore the Navy, the city, and the state to please consider this proposal and invest in our future. 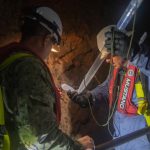 Where Is The Red Hill Contamination Moving? Experts Are 'Working Blind'

Aaron Sewake is interested in coming up with creative solutions to problems involving complex systems. He was formerly employed by Pearl Harbor Naval Shipyard and has a B.S. in civil engineering from UH Manoa.

Is there any other place on the globe that uses this type of power production in a city or country comparable to our state that is wholly and singularly equal to coal, oil or NG? If not, then it will not work. People like prosperity. People like lights at night. People like to use their phones whenever.This idea will not work. It will not be ubiquitous. If it were, it already would be.

PSH is awesome and should be part of our energy mix, I was super excited when I saw the headline!Then I read "Another possible, albeit highly unorthodox alternative for a pumped storage hydro system, is to instead use the ocean as the lower reservoir... here is also the question of what impacts the constant pumping and discharging might have on both the wildlife and operations at Pearl Harbor. " Nearshore aquatic life has already been disastrously degraded by the military. Clean-up efforts over the last 20 years are beginning to show progress in a few areas. Meanwhile significant harm is ongoing. It boggles the mind that anyone would seriously consider such a massive enterprise of environmental annihilation.The KIUC and AES PSH on Kauai is planned to be powered by solar. That would be something to consider, or small wind, if environmentally appropriate in that area.Whatever the use for the facility it should definitely include a history museum. It is a magnificent feat of engineering made possible by the sweat of abundantly available plantation type labor. The existing 3 mile tram could take visitors up to the tanks. Such an attraction would rival the Arizona.

This article, along with the article on using drones in agriculture, worries me about the relevancy of CB.Back on planet earth, the military owns the tanks, and the liabilities of these tanks, and the military will have to be dealing with the toxic mess for a long time. Might as well propose they become recycled as giant bongs with the legalization of pot.Drones over Hawaii article? Agricultural in Hawaii has so many real pressing problems: real estate inflation, rising costs of marketing and shipping products, maintaining land fertility in tropical soils, labor shortages, invasive pests landing here daily. These are hardly click-worthy attention deserving articles for those of us in Hawaii. I would hope that in the future that Civil Beat editors will keep this media treasure of Hawaii focused on real life issues that effect the majority of us.