The expensive and cumbersome lei used to evoke profound emotions, but somewhere along the line, the meaning got lost. Will it make a comeback? 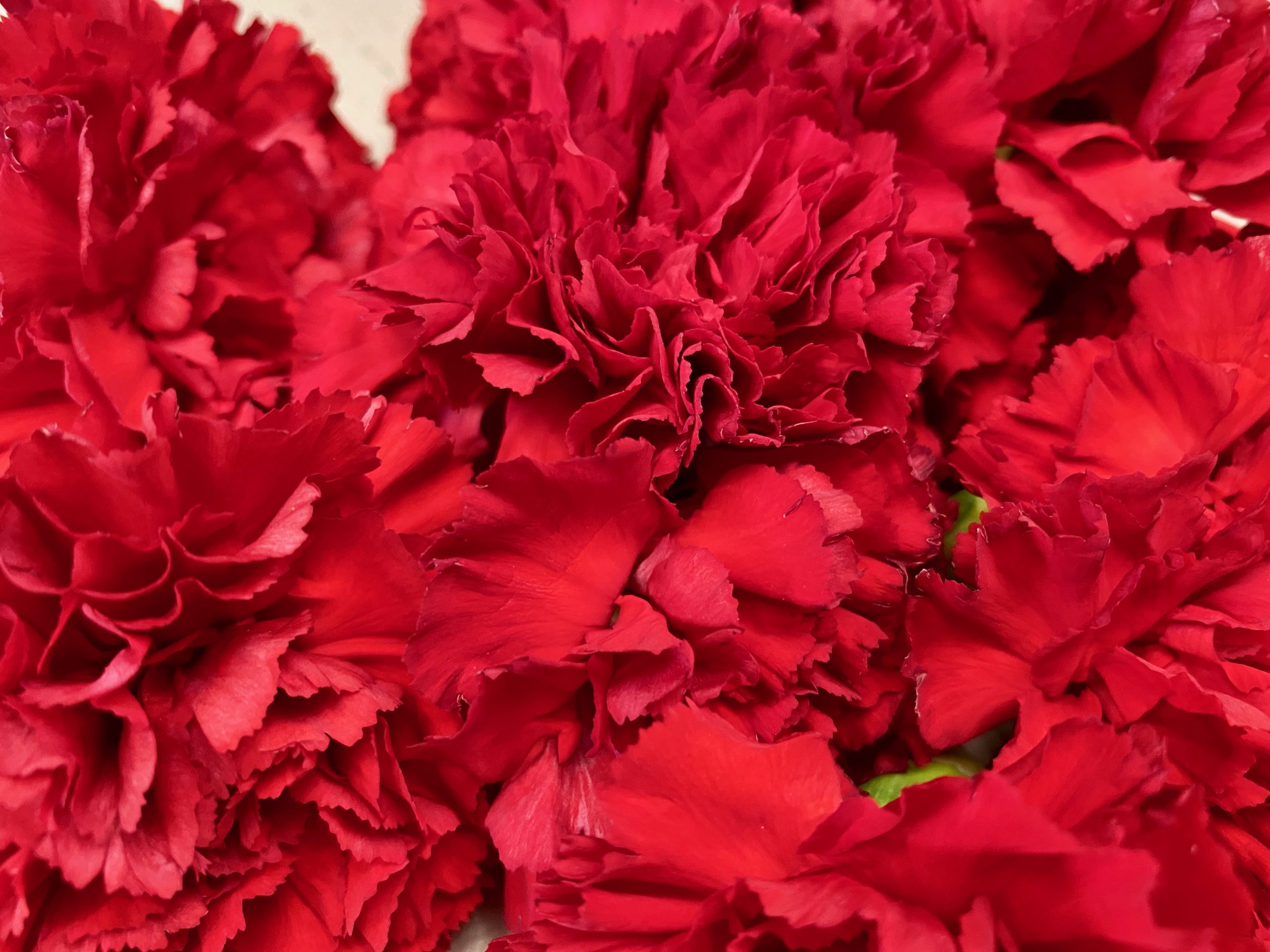 I was surprised at a recent memorial luncheon at the Pacific Club for Elizabeth “Tita” Marks Stack when a guest walked in carrying a thick, double red carnation lei to honor the deceased.

The man who brought the lei was Dudley Fullard-Leo, 93. He explained he purchased it from a lei seller in Chinatown in memory of Tita because he gave her a similar lei when he invited her to their senior prom at the Punahou School in 1948.

My friend Donna Morgan lived next door to Oahu Cemetery. When we were in the eighth grade at Punahou sometimes we would take a couple of red carnation lei off the graves and wear them to school.

When students asked us where we got them, we would say, “From our boyfriends,” of which we had none. We were hoping to appear wildly popular, which we were not.

The thick, spicy-smelling double red carnation lei were dramatic and expensive. They cost up to $5 dollars at a time you could buy two yellow plumeria lei for 25 cents.

Dudley Fullard-Leo’s flower presentation, harkening back to that era, made me wonder whatever happened to the gorgeous red carnation lei that once were ubiquitous at special occasions from proms to political rallies  — the simple flowers that conveyed so much power.

Red carnation lei were so closely associated with politicians, the double red carnation came to be requested by customers at lei stands as “the George Ariyoshi lei.”

And it is impossible to think of the singer Alfred Apaka without remembering him in his short-sleeve white shirt capped by a red carnation lei.

Or to look back on other Waikiki entertainers who copied Apaka by embracing the same white shirt, red waist sash, red lei style.

What made the red carnation lei fall out of favor?

My friend Catherine Cruz and I decided to find out by driving to the Honolulu airport to ask the Native Hawaiian descendants of Oahu’s original lei sellers who are still in charge of their grandparents’ and great-grandparents’ lei stands.

Kaʻae says she still gets orders for double red carnation lei for graduation gifts, Mother’s Day and other special occasions but not often.

One reason is the thick fluffy lei are expensive. You now pay anywhere from $60 to $85 for a double red carnation lei. And depending on the length and thickness, some lei shops charge up to $100.

They cost a lot because single standard carnation flowers are expensive. Almost all of them on Oahu today come from the wholesaler Watanabe Floral Inc., which flies in carnations from Latin American countries such as Colombia and Honduras.

Carnations were once grown by Japanese-American and Korean-American farmers on leased land in Kaimuki on Wilhelmina Rise and on Lunalilo Home Road in Hawaii Kai but the carnation growing ended when landlords developed the farmland into house lots. Also, farming was difficult work. Descendants of the farmers began to shun the uncertainties of growing the flowers that could be wiped out in a single bad storm.

When Oahu dried up as a carnation source, lei sellers bought their carnations from Kula, Maui, and from farms on the mainland, but those suppliers no longer grow carnations.

Carnation plants bloom for only a few years before they have to be replaced with new cuttings. Nicholls says he gave up cultivating red, white and pink carnations in 2015 after his supplier — the last company in the United States selling carnation cuttings — stopped supplying them to growers all over the U.S.

“The whole United States carnation industry moved to South America where land and labor are cheaper and environmental regulations are less strict,” he says.

Carnations also declined in popularity after the Hawaiian Renaissance in the 1970s encouraged lei-making with endemic plant materials and also May Day lei contests in the parks sparked an interest in stringing and weaving new kinds of flowers and greens into lei.

Kaʻae says another reason the red carnation lei diminished in popularity is people do not pay as much attention as old-timers did to the powerful symbolism of certain kinds of lei.

“Red is a prime color. It means love. When giving or receiving a lei, it is important to remember the beauty and essence of a lei and the special meaning it sends from the person giving it to you. Sometimes that is not as strongly felt by people now,” Kaʻae said.

Kaʻae owns the airport lei stand Pua Melia, which continues the lei-making tradition of her grandmother Sophia, who began as a teenager selling lei with her family members to tourists disembarking from Matson ships at Honolulu Harbor in the 1920s, a business they eventually moved to the airport.

Down the row of lei stands at the airport from Kaʻae’s stand is Rachel’s, where the late Rachel Pakele’s  great granddaughter Kuuipo Santimer-Padilla still strings lei with her daughter Olaʻa  Hanohano.

Rachel Pakele, along with Ventura, were once among Oahuʻs most prolific lei makers. Pakele was known for her ability to string a double carnation lei in less than five minutes.

Her great great granddaughter, Olaʻa, says she can make a carnation lei in the same 5-minute speed or even less.

Her mother, Santimer-Padilla, says, “Old-timers buy the red carnation lei because they know how important they once were and how difficult they are to find today.”

But Karen Lee, the manager of Cindy’s Lei & Flower Shoppe in Chinatown, says that is changing. She believes the double red carnation lei is experiencing a comeback.

Lee says recently she has seen a demand from politicians for red carnation lei and from parents and friends of graduates and athletes playing in the last game of the season.

“There is nothing like a red carnation lei. It stands on its own,” Lee says. “Nothing compares except maybe a triple ginger lei.”

Lee speculates that the red lei’s resurgence is because people have become brasher. “It is definitely a bold statement when you give someone a double red carnation lei. People are not afraid to be showy these days.”

Cindy’s had two freshly strung red carnation lei for sale in the glass display case when I pulled in Sunday to pick up a red carnation lei I had ordered to give a friend on Motherʻs Day, hoping to surprise her with a memory from the past.

But when Abercrombie thinks back on the thick lei, he recalls them as uncomfortable, a heavy encumbrance he yearned to remove but could not take off because “I did not want to insult the person who gave it to me.”

He said, “In the pre-air conditioning days, a double carnation lei could raise your temperature about six degrees. We were often out in the mid-day sun, in crowds and within minutes you would start perspiring, really sweating.”

When the carnation lei tradition started to fade in popularity in the 1980s, he said he and other politicians were relieved to see it go.

Honolulu Star-Advertiser political columnist Richard Borreca remembers that after Dan Inouye rose in political prominence, he dodged wearing all leis by telling lei givers that he was allergic to flowers.

Whether that was true or not, Borreca said it spared Inouye from the awkwardness of wanting to remove leis when they started getting too hot.

Although many people thought of the red carnation lei as the George Ariyoshi lei, it could just as easily been “the Frank Fasi lei” after the six-term Honolulu mayor.

Fasi’s daughter Francesca Fasi Brittain wrote to me in a Facebook message: “My dad got those all the time when I was a kid, and I’d take them to school and give them to my teachers.”

Their effect could be especially poignant as a message of enduring love given to someone the giver might never see again.

My friend Erin Yamada wrote: “I remember going to the airport with my grandparents. My uncle was in the military, my grandmother gave him a red carnation lei. I was a little kid, but I remember it was the first time I saw her cry. I was just too young to understand about the Vietnam War.”

The red carnation lei harkens back to a simpler time when it was possible to make a direct and powerful statement with the presentation of just 50 flowers bound tightly together by a single thin white thread.

The red carnation lei have fallen in and out of popularity and maybe once again they are coming back.Pua carnation, kuʻu aloha. Beloved lei of Hawaii. 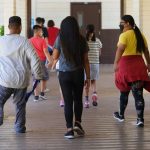 Iâll always remember double red carnations leis. How can anybody forget them. Much good memories for me, my family and graduations etcâ¦..so long ago. (lucky I graduated, yeahð). My mother got all excited once. She ordered the double carnation lei for my older brotherâs prom date 1year. The lei was huge, it could have buried me. Letâs say she was a little concernedâ¦.ð¤­

Always fond of the money lei. Liquor lei not bad either.