Volleyball allows us to celebrate excellence, something that is sometimes in short supply in Hawaii. 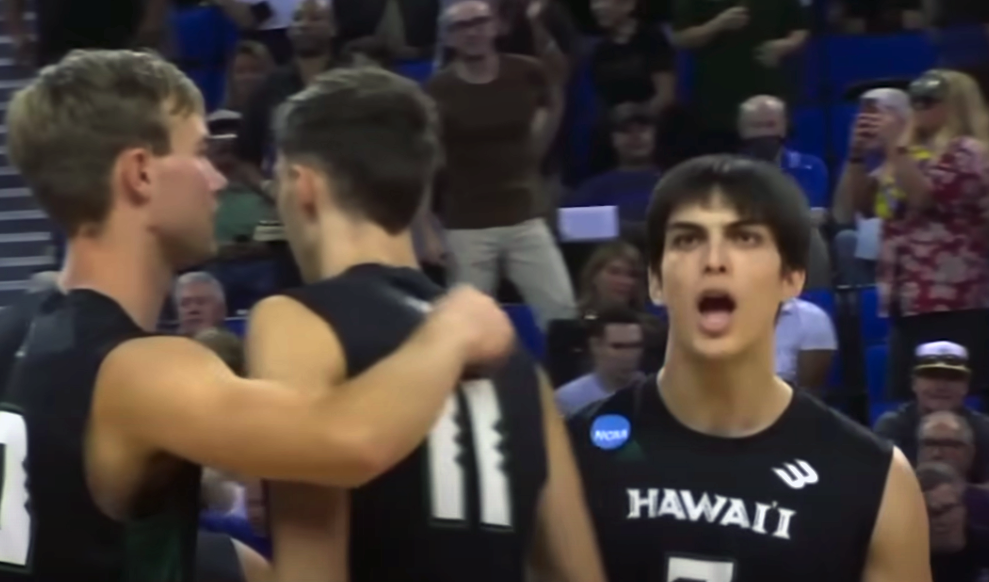 It is often noted that Hawaii’s love for volleyball is hard to explain.

In a place famous for epic water sports and enamored with the gladiator culture of football, there is also deep devotion to a non-contact, easy-to-follow, dryland game.

Some say it’s because of the influence of Hawaiian churches that started volleyball clubs as youth activities decades ago. Many point to the history of the Haili Church volleyball tournaments. There are many beach parks where a volleyball net is as ubiquitous as a half-barrel barbeque on the weekends.

But there is special love for collegiate volleyball.

When the University of Hawaii won the NCAA National Men’s Collegiate Volleyball championship this past Saturday, beating Long Beach State in three sets, head coach Charlie Wade explained sort of matter-of-factly to reporters gathered for the post-game press conference, “Volleyball is a big deal in Hawaii.”

They had seen it for themselves and were trying to figure it out. Pauley Pavilion, the arena on the UCLA campus where the championship game was played, was so filled with Hawaii fans wearing green that it seemed like a home game.

Hawaii’s love for University of Hawaii volleyball, both the men’s and women’s teams, is a love of excellence. This was the second year in a row that the men’s team won the national title. The women’s team has won four national titles. Even when they’re not winning, the games are fun to watch because of the level of playing.

Hawaii doesn’t always get to celebrate excellence. Excellence is uncommon in a state where one must become accustomed to limited choices, fumbling government, unreliable infrastructure and a pervasive attitude of “good enough is good enough” in which mediocrity is rewarded because, hey, at least an attempt was made.

With University of Hawaii volleyball, excellence comes in many forms. In one example, after the championship match, Coach Wade talked about getting the team’s serving percentage up to 89% for the year.

“I’ve said this: when we serve in-bounds at 90% or higher as a team, we win 100% of the time,” Wade said at the post-game press conference. “We still think we can go out there and serve 100% on any given night. It’s almost like there’s a school of thought that it’s not possible, that they’re mutually exclusive, that if you’re going to serve tough, then you’re gonna accept these errors, and we feel differently and we train differently … We’re among the league leaders in aces the entire year and probably led the country in efficiency, so when you’re the most productive and the most efficient, that’s a good position to be in.”

During the 2022 NCAA tournament, Hawaii player Kānaʻi Akana was presented with the Elite 90 academic award for having the highest cumulative GPA of any player in the national tournament. Akana, a finance major, has a grade point average of 3.95. I’m mentioning this as though it’s an aside, but it’s not. It is a measure of excellence when a student athlete is both a great athlete and a good student.

Especially impressive is the degree of appreciation the players have for their supporters.

Setter Jakob Thelle told reporters, “It’s a team sport and today is a team win for all of us, but it’s not just a win for ourselves and the program, it’s a win for Hawaii, and that’s what means everything to us.”

The UH volleyball teams put so many ideals into action. Both the men’s and women’s teams are accomplished and celebrated, and there is a general absence of toxic masculinity and female objectification. The teams are diverse, with a mix of hometown heroes and players from other states and other countries, all of whom are embraced by the fans as “one of ours.”

“It’s a team sport and today is a team win for all of us, but it’s not just a win for ourselves and the program, it’s a win for Hawaii, and that’s what means everything to us.” — Setter Jakob Thelle

There’s a kind of wholesomeness about the program, fostered by the leadership of Thelle, an affable Norwegian who has a diplomatic way of squelching trash-talk at the net and a habit of always thanking the fans. While University of Hawaii football is the hungry giant, eating through resources and always demanding more funding, volleyball has a generosity of spirit, an overflowing of gratitude, a joyful nature.

Hawaii embraces odd things: luncheon meat made from leftover scraps, cheap rubber footwear, leis made from microwaved ti leaf or candies tied up in netting. Hawaii volleyball is an alternative to that aesthetic, an appreciation for finer things, an identity that reaches for better.

And oh, when those players jump, there’s often a moment when they hang in the air so long it’s like they can ride the wind like an iwa bird and rise above the frustrations and limitations of life in modern Hawaii. 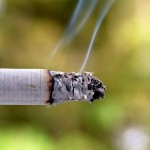 Why A Lung Cancer Screening Task Force Is Needed

Awesome performance. The State of Hawaii is proud. Much needed feel good news for a change.

I totally agree. I don't watch a lot of sports, but I love watching UH volleyball. I think it's time for UH to designate more scholarships for volleyball.

Thank you Ms. Cataluna for another great commentary, I truly love most all sports for the most part , but I truly didn't know Volleyball until I came here to Hawaii from Germany , And everyone knows in Germany the sports life line is Football (Both Soccer and American Football) and Rugby, and watching Supporters over there just really made my love for Soccer indescribable ( I coached Youth Competitive Soccer in Cali for 10 yrs. before going to Europe) But seeing the love for the sport of Volleyball , The support from the spectators is so comparative to the European support , my love for Volleyball has grown. I see what kind of reward / appreciation the returns to the fans / supporters by winning Back to Back National titles and seeing the UH Volleyball teams staying in the top part of the national rankings, forcing other teams to gun after UH, I'm curious just how well Hawaii would "fare" against the likes of Brazil ? ( I'm referring to College/University level play of course )