These systems can serve as an effective cultural and economic strategy to improve food security. 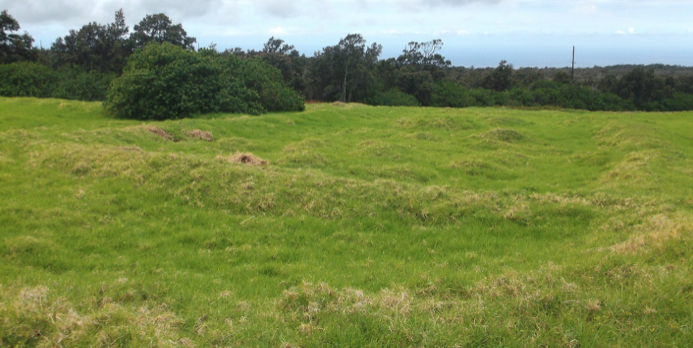 Seth Quintus is an assistant professor of anthropology at the University of Hawaii Manoa. His research examines the long-term evolution of agricultural systems and their relationship with ecological and social change. 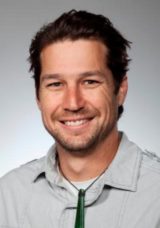 Noa Kekuewa Lincoln is a professor of Indigenous Crops and Cropping Systems at the University of Hawaii Manoa. He is the president of Māla Kalu‘ulu Cooperative, secretary of the Kona Producers Cooperative, a board member of the Hawaii Farmers’ Union United Kona Chapter, and serves on the board of several nonprofit organizations.

Scientific research over the past several decades has illuminated the nature and extent of precolonial agricultural systems in the Hawaiian archipelago.

While debate persists about the size of the populations supported by these systems, it is clear that large amounts of food were produced prior to the onset of plantation agriculture.

For instance, a 2014 study shows that the entire potato imports of the state today — 50 million pounds — could be met by the ancient breadfruit belt of Kona (now predominantly the Kona Coffee belt).

The Complexity Of Past Systems

Many of these systems included substantial investment in land-forming infrastructure that increased the stability and productivity of yields. This infrastructure is still present on the landscape today virtually everywhere that bulldozers did not erase it, in the form of earthen and stone terracing, embankments, and ditches as well as other legacies (e.g., remnant agroforestry trees).

In many cases, these landscape legacies represent significant labor and construction inputs conducted over multiple generations. The results, such as meticulously laid out series of terraced loi connected by well-engineered auwai, are substantial landscape features in-place to improve the productivity of the landscape.

These large-scale earthworks are not something that should be dismissed lightly, and it is time we recognize the scale of this engineering.

These systems not only produced substantial amounts of food but did so in a way that often enhanced natural systems and their “ecosystem services.” Expanded riparian habitat represented by loi kalo provide habitat for waterbirds, and the managed flow of water has been shown to enhance groundwater recharge and reduce sediment load to the nearshore environment in a management process being dubbed “ecomimicry.”

Such ancient developments are highly place-adapted to Hawaii’s incredible ecological diversity. Developed through generations of trial and error, these systems, over time, evolved to meet the unique challenges and opportunities of their place.

For instance, a 2020 paper demonstrates how different agroforestry strategies in Hamakua diverged with underlying soil fertility to maximize the ecological efficiency, while another 2020 study shows how infrastructural investment for rain-fed agriculture strongly mapped underlying soil features in Kahuku. The ancient Hawaiian infrastructure matches the invisible shifts in micro-climates and soil types that drive ecosystem form and function.

The Success Of The Approach

The use of these systems of infrastructure today is an effective cultural and economic strategy to improve food sovereignty and security in our archipelago. For instance, Kaʻala Farm Inc. utilizes a tiny portion of a vast network of terraces in Waianae and produces food for its community, while also working to connect thousands of people to the aina, participating in watershed management, and engaging in internships and school programs at all grade levels.

New organizations seek to build upon these models. In Heeia, Kākoʻo ‘Ōiwi is restoring hundreds of acres of traditional wetland kalo and agroforestry and Paeae o He’eia recently completed the restoration of the 1.3 mile stone wall that encompasses an 88-acre fishpond for aquaculture production.

Restoration of such sites also can spin off into larger businesses. The restoration of the Kona breadfruit belt by Māla Kaluʻulu Cooperative directly led to the establishment of the Hawaiʻi ‘Ulu Producers Cooperative, a growing food processing and distribution organization that represents some 85 farms to cater to a range of clients that include hospitals and schools, including the Department of Education. With extra funding, these organizations would be able to continue to increase the scale of production relatively quickly.

Additional infrastructure exists across large tracts of land and can still perform the valuable functions that stabilize and increase productivity, while tending our environment and enhancing our landscape. Access to these systems and their restoration is a low hanging fruit that can realize multiple benefits.

While most of the area utilized for traditional agriculture is on private lands, there are substantial amounts of infrastructure on public conservation lands. Pololu Valley on Hawaii Island is an area where significant loi infrastructure and remnant agroforestry plantings occur. Yet, because it is unmanaged public lands, the valley is slowly turning over to an invasive jungle, complete with aggressive wild cattle.

Allowing a process for the care-taking and adaptive reuse of the system by groups interested in preserving and perpetuating Hawaiian agricultural crops and practices would contribute to our local food production and security, and also enhance our cultural landscapes, provide on-the-ground management for areas currently naturally degrading, and provide sites for further education, cultural practices, and academic research.

Pololu is just one of hundreds of examples of where allowing the return of stewards to the land could capitalize on substantial abandoned infrastructure. The desired outcomes of such projects encapsulate a myriad of values and needs, ranging from improving food sovereignty to maintaining rural communities and preserving agricultural landscapes.

Consideration of public-private partnerships of conservation areas with traditional agricultural infrastructure should be considered for active stewardship and traditional agricultural production, provided they are grounded in Hawaiian culture and crops. A bill before the Hawaii Legislature seeks to introduce this idea, although many details would need to be defined if it passes.

We are not calling for a complete revitalization of these systems to match some image of the past. What we call for is the recognition of, investment in, and use of the landscape legacies that were produced by generations of successful farmers to reframe and invigorate our local agricultural industry.

Investments by state and local government, as well as by private organizations, into community initiatives actively involved in the retooling and reutilization of these landscape legacies and agricultural techniques would be an important first step. 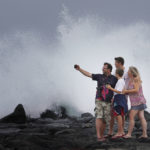 Seth Quintus is an assistant professor of anthropology at the University of Hawaii Manoa. His research examines the long-term evolution of agricultural systems and their relationship with ecological and social change.

Noa Kekuewa Lincoln is a professor of Indigenous Crops and Cropping Systems at the University of Hawaii Manoa. He is the president of Māla Kalu‘ulu Cooperative, secretary of the Kona Producers Cooperative, a board member of the Hawaii Farmers’ Union United Kona Chapter, and serves on the board of several nonprofit organizations.

The legislature's lip service to agriculture is evidenced by, as this article notes, the extensive 'unmanaged' State lands that are, effectively, 'naturalizing' to a condition of exotic-invasive plants & wild animals overrunning them.  The fact is, with 'public' property going extensively unmanaged (witness 'chop shops' in open operation and tolerated on State-owned ag land), we would be better off if private ownership of land were the priority.  Re-establishing locavore agriculture throughout the state would be more likely, and more 'sustainable,' in the sense of self-sufficient, if the legislature were to heed the constitution, Article IX, " FARM AND HOME OWNERSHIP Section 10. The public lands shall be used for the development of farm and home ownership on as widespread a basis as possible, in accordance with procedures and limitations prescribed by law."

Absolutely!Hawaiian agriculture was admired by Western explorers, who compared it to the finest European examples.It is a shame to see abandoned lo`i on public lands when thin poi in the supermarket sells for more than $11/lb.