The popular longtime newscaster aired what he calls a legitimate study that shows the novel coronavirus originated as a Chinese bioweapon. 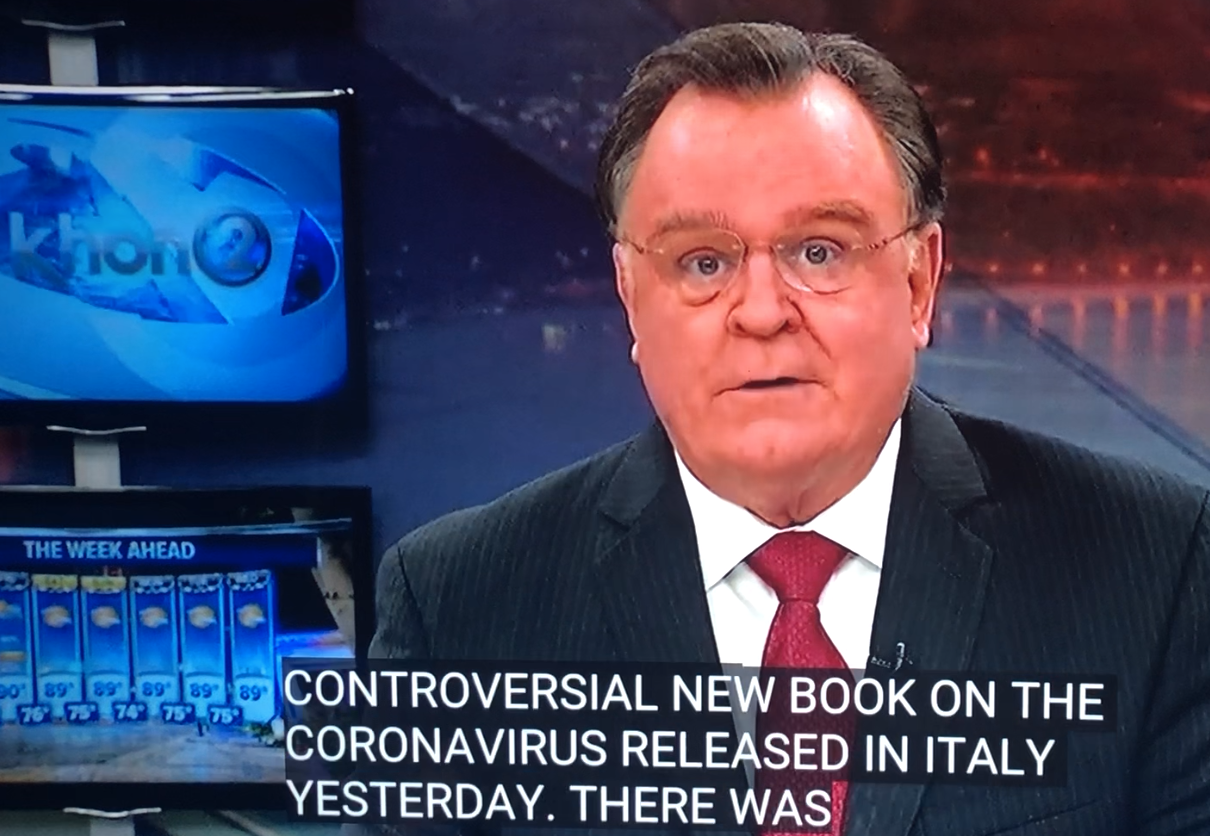 For regular watchers of Joe Moore on KHON2, the conclusion of the 6 p.m. news on Aug. 4 must have come as a surprise.

As Moore, arguably Hawaii’s most well-known media personality, was speaking about a new book on COVID-19 “certain to spark global debate,” the screen suddenly cut away to a commercial for The Queen’s Health Systems.

The next night at the same time, Moore told viewers that he was not censored. Rather, the local Fox affiliate station’s automatic timer kicked in.

“The producer and I failed to allow enough time for a longer than usual comment on a controversial new book on the coronavirus released in Italy yesterday,” Moore said.

The real surprise, however, was the report itself.

With little substantiation, it sounded right out of the playbook of President Trump and his allies who have for months now pushed a conspiracy theory that China created the deadly virus that has thus far infected 21 million people and killed three-quarters of a million worldwide.

Moore said the new book “demonstrates with scientific evidence that the coronavirus responsible for COVID-19 was the result of laboratory engineering in the Wuhan Level 4 Biosafety Lab and is not a naturally-occurring virus.”

Just before the screen cut away to the Queen’s ad, Moore said the book’s research involved French and U.S. financial and scientific help “as a way to develop vaccines, but gradually turned into bioengineering studies to build lethal biological weapons.”

Maybe the conspiracy will turn out to actually be factual, even though the reporting from many legitimate news organizations says it’s baseless.

But for now it appears designed to deflect blame away from the Trump administration for its mishandling of a crisis that has infected 5.3 million Americans and killed 170,000.

Screen shots from Joe Moore’s Facebook page on Aug. 5. These comments come from an earlier post by Moore regarding a study on the coronavirus.

Why Moore decided to air the report about the COVID-19 book is a head-scratcher.

It’s especially odd that it came during the “Did you know?” segment usually reserved for amusing and novel factoids, like the one he delivered the very next night (according to his website): “Did you know … if you cross a sheep with a goat, what you get is … a geep. Spelled G-E-E-P. I kid you not. By the way, they’re very rare.”

Some viewers were seriously put off with what they heard about the coronavirus.

“I’ve been watching Joe pretty much my whole life, and then he comes out with this asinine statement,” said Derrick Hyun of Honolulu. “It was so off the wall that it shocked the hell out of me. I have a hard enough time with all the lies on Fox News, and now Joe is duplicating it here. It’s really uncalled for.”

Steve Ferguson, another Honolulu resident who saw the program, told me, “Regarding credibility of information, our trusted community newscasters should hold — and be held to — the highest of standards.”

Ferguson said that the spread of misinformation like what he heard from Moore “is a plague more contagious than any coronavirus. It is up to all of us, the consumers, to thoroughly evaluate the credibility and quality of a piece of information before we click ‘share.’”

My inquiries to KHON were not responded to. But Moore stood by his report on his Facebook page. And in the comments section to the post, many fans expressed gratitude.

“Joe, thank you so much for being one of the LAST few true journalists who are trying to share the truth with the public rather than hide it or lie about it!” commented Megan Pearl. “We support you! Keep up the good work!”

But others took issue with the report’s authenticity.

“Hi Joe, I was only able to find the one article on Asianews.it in English regarding Joseph Tritto’s book,” commented Samantha Preis. “When I checked the bias of that website it is known to publish MIXED facts (half lies, half truths) and is rated as very right wing. It is an Italian website with the purpose of promoting Christianity in China. Just thought you should know.”

Moore replied “thank you” to Samantha and said, “I’m looking forward to world health officials weighing in on scientist/professor Tritto’s work. As mentioned earlier, I’m not endorsing or discrediting his book, just passing on the info that it has been published.”

But Moore is a news anchor, his delivery was dead serious and he said the book was “certain to spark global debate.” He did not appear to have researched whether the story was accurate or the source unbiased.

My online search for the title of the book, “China COVID-19: The Chimera that Changed the World,” and its author, Dr. Joseph Tritto, turned up very little to support their authenticity, although a man identified as Tritto appeared in recent weeks on Italian-language video blogs such as this one. As Moore himself noted on his Facebook page, the book is in Italian and has yet to be translated into English.

Doubting his truthfulness, Carla Imamura wrote in the comment section on Moore’s Facebook page, “More irresponsible fake news? Come on, Joe. Not YOU!”

This is not the first time Moore has attracted attention regarding his veracity and ideology.

Ian Lind, a local journalist and blogger, complained in 2008 on his blog, “How does Joe Moore get away with consistently referring – totally incorrectly – to the ‘Democrat Party’? He did it again last night, only the most recent incident. Doesn’t accuracy and factual correctness (forget political correctness) mean anything over there at KHON (Fox News)?”

Lind continued: “In this particular case, Moore’s persistent error has political overtones and can be interpreted as a blatant political bias. … Are Moore’s consistent references to the ‘Democrat Party’ intentional political slams or merely ignorance?”

In 2003, a Page One story in The Honolulu Advertiser raised questions about whether Moore had plagiarized by liberally borrowing material from a 1986 made-for-TV movie called “News at Eleven” for Moore’s play “Dirty Laundry.”

Moore did not provide a copy of his script to Hamada but defended his work as “original” while acknowledging that he had been inspired by other works, including “News at Eleven.”

A month after that story ran — in May 2003 — entertainment reporter John Berger wrote in the Honolulu Star-Bulletin, “Moore wrote ‘Dirty Laundry’ as a way of encouraging public discussion about the quality and content of local television news programming.”

Moore told Berger, “I was proud of (‘Dirty Laundry’), and this leaves such a bitter taste. It’s always going to be tainted.”

“Is he off his rocker or am I?” he told me. “This just doesn’t cut it. People are stressed out enough as it is, waiting to get this thing (COVID-19) under control.” 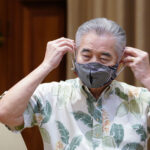 Danny De Gracia: Hawaii Governor Is Failing To Lead Just When We Need Him Most

"Unsubstantiated" is a word that the main stream media is very fond of lately. Along with "Unfounded" , "baseless" , and "conspiracy" . Kind of like the Steele Dossier that the media held up as a well documented,  Verified, and substantiated document.       The level of sensitivity displayed by so many people at the suggestion that the virus may have escaped from a lab makes me wonder what is being protected this time.      The Chinese governmentâs  actions after the outbreak is certainly consistent with trying to "cover things up" . Anyone who says otherwise is either very ignorant or dishonest.

I'm encouraged by the comments section here and the readers who've responded not so much in support for Joe Moore but to challenge the positions held by media outlets that tend to be left wing.

Joe Moore has figured out that he can spread his dangerous personal opinion without any risk of blowback by introducing it as "Someone said..." or "I heard that..."It's a builtin defense not needed by straight shooters.