Don't Blow This Chance To Get Oahu's Virus Under Control

The new stay-at-home order must be accompanied by greater disclosure from government and more responsibility from all of us. 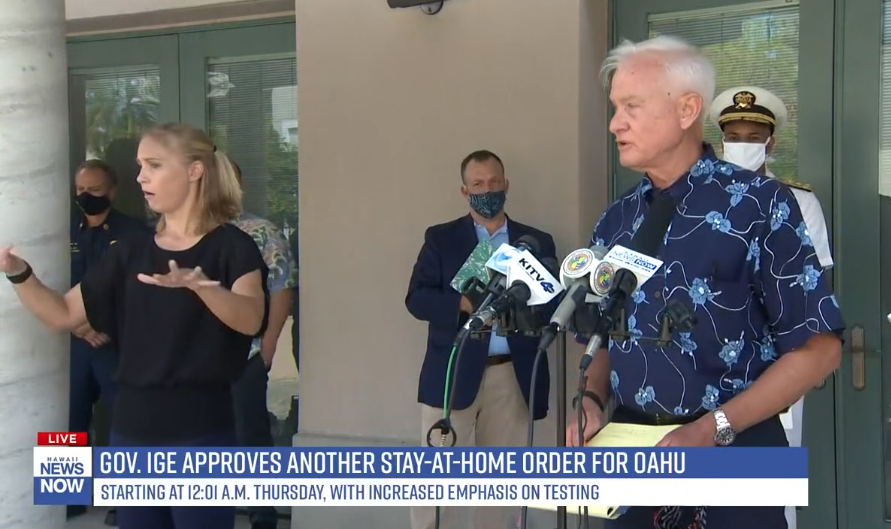 The members of Civil Beat’s editorial board are Pierre Omidyar, Patti Epler, Nathan Eagle, Chad Blair, Jessica Terrell and Julia Steele. Opinions expressed by the editorial board reflect the group’s consensus view. Chad Blair, the Politics and Opinion Editor, can be reached at cblair@civilbeat.org.

Just five days days after Mayor Kirk Caldwell confused Oahu residents with his nonsensical 24-page emergency order prohibiting all social gatherings at homes and businesses — you can’t have your parents over for dinner but it’s OK to go out with them to a restaurant — the City and County of Honolulu is heading back to the near shutdown status that was implemented in March.

Effective 12:01 a.m. Thursday a stay-at-home, work-at-home order is in place for the next two weeks. No going to gyms, no getting haircuts, no shopping at the mall, no eating in restaurants. OK to go to church, pick up groceries and order take-out.

This return to how things were before — before the state and counties gradually began reopening services and business earlier this summer, which turned out to be a false dawn — will coincide with federal, state and county agreements to step up testing, contact tracing and quarantining along with a concerted reiteration from top officials that everyone must do their part to contain the community spread of COVID-19 (masks, distancing and hand-washing).

If the majority of Oahu’s people “do the right thing,” Vice Admiral Jerome Adams, the U.S. surgeon general, said at Caldwell’s press conference Tuesday, than we can contain the coronavirus.

As we have said before, our officials must openly and transparently share data so that we may all best understand the health of our state. That involves far greater — and much clearer — communication from those officials than has been the case so far.

It was encouraging to see state, county and federal officials essentially speaking with one voice at Tuesday’s press conference to announce the added restrictions. Gov. David Ige and Lt. Gov. Josh Green were on hand to emphasize the increased level of cooperation and coordination.

Noticeably absent from the joint gathering were state Health Director Bruce Anderson and state epidemiologist Sarah Park, who have consistently rejected an emphasis on testing and contact tracing.

The other main point from Tuesday’s press conference is one that has been made from the beginning but continues to be ignored by ignorant minds: We are all in this together, and if there are people on island not adhering to the rules, they are — in the surgeon general’s words — a “weak link” that could harm us all and extend our public health and economic predicament.

One would think it obvious that it’s not a good idea to, say, join an overflow crowd on Waimea Bay rock on the North Shore. Or that a possible $5,000 fine and a year in jail is a strong deterrent from breaking bad.

People need to act responsibly if we’re ever going to get off this coronavirus merry-go-round. But politicians need to do a much better job of leadership, too. And that means being more open with and accountable to the people who have a right to be worried and a right to question the actions that are being imposed on them.

Some of Caldwell’s orders that prohibit even small social gatherings or force people to walk in the street rather than on the grass at a park continue to defy logic. And as national public health experts have said, some of the prohibitions defy scientific or medical reasoning.

He’s never offered any data to support those new rules. If people are spreading the virus as they sit on the beach or play with their kids in a park, let’s see the cases and the numbers. If a crowd of worshipers at a Sunday church service is passing the virus around with the collection plate, give us the evidence that justifies blocking religious freedom and banning singing.

Even on Tuesday, after days of widespread public outrage over government crackdowns that seem to make no sense, the state Department of Health insisted in a press release that Caldwell’s stay-at-home order was data driven but said nothing about what data is driving the new order.

Caldwell, Ige and other public officials who are making these sweeping decisions that so deeply affect lives and livelihoods in Hawaii need to work much harder to restore the public’s badly bruised trust in government. People need to start demanding it. 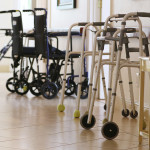 The members of Civil Beat’s editorial board are Pierre Omidyar, Patti Epler, Nathan Eagle, Chad Blair, Jessica Terrell and Julia Steele. Opinions expressed by the editorial board reflect the group’s consensus view. Chad Blair, the Politics and Opinion Editor, can be reached at cblair@civilbeat.org.

Awesome to the point editorial but will it ever reach major readership and therefore put pressure on those who have shown true anti aloha spirit. After reading an article this afternoon I copied the following. This is not the first lie, fib, whatever you call it. This really blows my mind and itâs typical."Health officials said there are indications that infections in Honolulu are beginning to stabilize, but they are concerned about growing cases on Maui and Hawaii island." "Oahu had 245 new cases today "How can it be stabilizing when we have 245 out of 277? Are we brain dead?

We are not in this together at all.  Our government controls the amount of information we get, they created a narrative of first preparing for the virus via lockdown, then quickly changed that to the unrealistic version of "defeating" the virus and having the expectations that cases should be in the single digits to none, as a guideline.  That worked when everyone was at home, but when you let the public back out (like they are letting prisoners), that becomes a fallacy.  This false narrative is what public expectation is today and the media pumps up the fear with their basketball scoreboard daily.  The reality is that the more you test, the more positive cases you will find.  Numbers will not go down and the lockdown will surely be extended, private business again will bear the brunt of these mistakes, while government and public employees continue to be insulated.  Rather than shelter the vulnerable and get the economy started, we are going backward and headed toward financial ruin.  To that end, I wish the Governor and Mayor stop using the phrase; "we are all in this together" when it is far from the truth.  What is needed from government is transparency, complete information/stats and realistic reopening plans (the last one is better left to business owners).

First good sign of a united approach to fight this virus. For uninformed and underinformed citizens, I suggest that our local TV stations need to devote as much time and energy to informing the public about this virus as when a hurricane warning is heading our way. Local businesses could help support such an effort in a sustained way, for it is in all our interest. Using the public airways to inform and educate the public in this pandemic should be priorty number 1 for all TV outlets and the State as well as County government should participate in this strughle for Hawaii's life and livelihood. Just showing people the blood, sweat, and tear involved in South Korea's and Italy's deadly but successful battles against Covid19, for example, would convince people that in this war against this pandemic, there can be no corner cutting and cover-up ifcwe want to succeed.