Chad Blair: Why Politics In Hawaii May Never Be The Same Again - Honolulu Civil Beat

Chad Blair: Why Politics In Hawaii May Never Be The Same Again 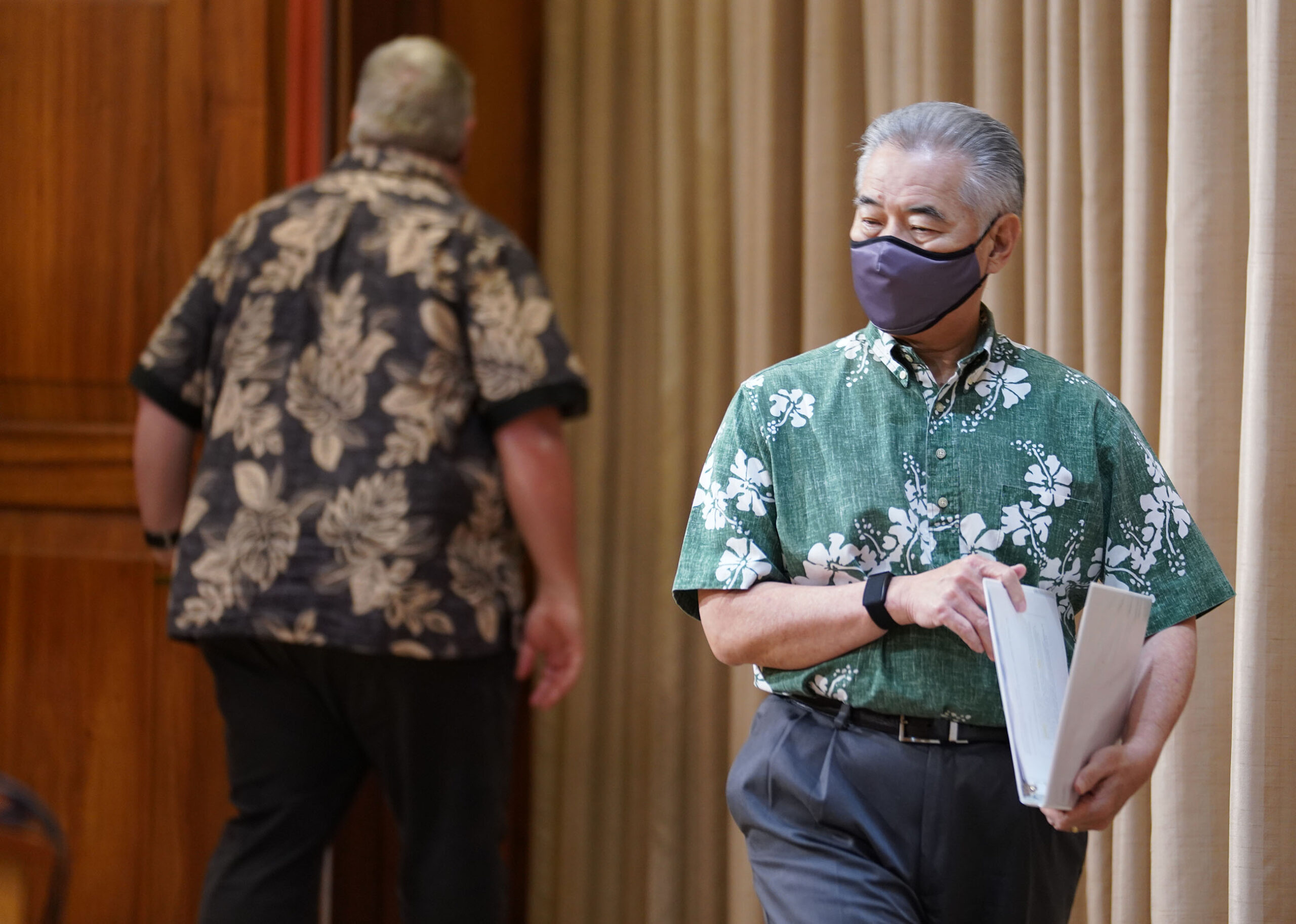 The day Hawaii’s state government changed perhaps forever was March 19, when a state senator — just back from a jaunt in Las Vegas — announced he had tested positive for COVID-19.

The surprising news forced House and Senate leaders to order everyone to immediately evacuate the Hawaii State Capitol building.

The Legislature hasn’t been the same since, struggling over the past six months through two limited sessions largely closed to the public. While some necessary business continues — judicial confirmation hearings are set to begin Thursday in the Senate, for example — an ambitious slate of bills to help the most needy of our citizens was shelved.

As the legislative branch has been pretty much sidelined by the coronavirus — with the exception of special COVID-19 committees in each chamber — the executive branch has become the focus of attention in leading us through the crisis. The same goes for the counties, where the mayors have taken the lead while council members are often bystanders.

Mayors and governors are, of course, by the very nature of their offices chief executives. And they have unique emergency powers at their disposal.

But as Hawaii moves through the pandemic, voters will likely seek future leaders with proven crisis management skills. Possessing a calm, trusting demeanor and clear communication skills will be assets, as will a little humility and openness to course correction when a wrong call is made.

Competence and accessibility will be valued among Cabinet members, too. And citizens and the media will be looking for smoother cooperation between agencies and governments, not bickering and confused, inconsistent messaging.

Hawaii’s political and governing landscape has changed in other ways too because of the coronavirus.

With tourism on life support, state and counties face a harsh financial reckoning on how they pay for government salaries and services.

And the way we run our elections will no longer resemble past ones, which will influence how we pick those very same leaders.

It’s instructive to briefly revisit what happened over the 12 days after COVID-19 cleared the Capitol, a dizzying series of developments whose consequences reverberate through today.

To see how quickly events shifted helps us to understand why our leaders were initially so overwhelmed, and how it could happen again.

This is another in a series of articles that analyzes Hawaii’s experience with the coronavirus over the past six months. We’re taking a collective deep breath and exploring what’s transpired in a number of different areas — including leadership, communications and data, schools, hospitals, business and the economy, tourism and even with people themselves.

The day after the state senator’s diagnosis, Oahu’s mayor ordered restrictions on bars and restaurants and Kauai’s mayor instituted a nighttime curfew. The next day state unemployment claims went through the roof and the state was unprepared to honor them.

Democrats then postponed their mail-in presidential primary and canceled the walk-in portion, the governor imposed the travel quarantine for all arrivals, the state’s top airline began canceling long-haul flights and Oahu residents were ordered to stay and work at home. The governor soon made that a statewide mandate, and the state’s sunshine and open records laws were suspended.

On March 23 the first Hawaii death from COVID-19 was reported, which turned out to be in error. The lieutenant governor — a medical doctor — was reported to be iced out of the governor’s response team, then was back in again. Hawaii schools were to remain closed until April 30 and some doctors began to criticize the health department over testing.

Next, the telescope protesters on Hawaii’s tallest mountain ended their encampment, the travel quarantine was set to be extended interisland and concerns were raised about inmates and staff in jails and prisons. Big budget cuts were proposed at Honolulu Hale. The month ended with the state’s first official death from the coronavirus.

Whew. This is not to excuse how our leaders responded to all this, but we really have never faced anything like this before. There still is no playbook, although we now have color-coded matrixes to guide us.

Still, the criticism of the response has been unrelenting, with some arguing for the impeachment of top officials. Going forward, there will be tremendous pressure for agencies to have in place solid plans to better prepare for the next cataclysm.

That next emergency could soon be upon us. While there is a lot of pent-up desire for Hawaii to get back to “normal,” the next six months could be worse than the previous ones.

What is Fault Lines?
“Fault Lines” is a special project that explores disruption and discord in Hawaii and what we as a community can do to bridge some of the social and political gaps that are developing. Read more here.

By some measure the U.S. has yet to enter a “second wave” of COVID-19, one that could well be compounded by seasonal flu. Even as Oahu last week began to ease its latest governmental restrictions and the state looks to lift the travel quarantine for pre-tested visitors, it’s obvious to all but the most stalwart COVID-deniers how easily we could be forced into retreat again.

The latest forecast for Hawaii’s economy to turn the corner is not until next summer. Many businesses, especially restaurants and some hotels, have already closed shop for good.

And U.S. House Democrats and the Republican White House have yet to reach agreement on a new federal stimulus package — one that the Senate GOP has already said is not necessary. That means Hawaii’s economy, already damaged, may lose out on sorely needed federal funds even as it struggles to spend the money it already had been allotted.

It’s anathema for a state run by one political party backed by labor to consider cuts to sacred cows like regular pay raises for public workers as well as increases to pensions and health benefits. The governor has curbed some expenditures for now.

But if tax revenue continues to go south, much tougher calls will have to be made. The governor is, rightly, already looking at furloughs for later this year.

Hawaii has heard talk for decades about diversifying its economy, yet little has been done to replace tourism, military spending and construction. When state and county governments can no longer sustain staffing and operations, that will lead to changes at the ballot box.

Hawaii, fortunately, was ahead of the curve in voting by mail. Increased participation during the August primary, while still not stellar, bodes well for greater turnout. And voting from home just makes good sense during a time of extreme social distancing. Because of the coronavirus, the Democratic Party of Hawaii didn’t even hold a state convention this year.

But, as we also saw during the primary, voting primarily by mail has permanently changed how politicians campaign. Ballots will begin arriving in many mailboxes as early as Oct. 5, a full four weeks before the general election. That means candidates must act sooner on holding fundraisers, sending out mailers, paying for advertising, sign waving and phoning, emailing and texting voters.

It also means candidate forums and debates must be held earlier than we are accustomed to, and the media must analyze platforms and evaluate candidate strengths and weaknesses. And the ubiquity and influence of social media only heightens the urgency of all of this.

Hanging over all of what happens in Hawaii is a national presidential election with global consequences. Support for the incumbent remains significant, even on our shores.

If there is no clear winner the night of Nov. 3, we may all be in a constitutional nightmare that will make the first 10 months of 2020 seem like a hazy bad dream. 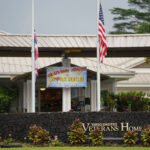 Another insightful piece by Mr. Blair. Quarantines work both ways, a perspective lost on many. Do I wish to travel to the Islands when I've been safe and healthy where I am? The positive infection rate of cases per 1,000 in Hawai'i, while managed effectively in the early days, are now ranked as one of the highest in the country.  And, those results are not tourism or business driven. And, what happened to the Federal assistance?  A proactive message from Hawai'i leadership should be "if you're safe...we're safe" (assuming that's true). Malama pono.

Furloughs are a horrible idea. Have we learned nothing? Sounds like your letter writers want to punish government workers across the board. Thatâs sloppy and irrational on at least two levels. For one, over half of us are living paycheck-to-paycheck. And secondly,  keeping the middle-class employed with full paychecks is a necessity to keep local businessesâ lights on. Clearly, our local economy must recover. Isnât that done by more people spending more money? Especially to purchase goods and services locally? State government furloughs mean a *huge* percentage of our families (who are supported by a government worker) will have MUCH less to spend at the retail level. Why are we throwing out the baby with the bath water?Whatâs the goal here? More tax revenues?  Itâs not my original idea but why not reconsider every tax credit darling and special interest tax waiver thatâs presently embedded within our state budget?

To say that "the Senate GOP has already said that a new stimulus is not necessary" is not how I interpret all the reports Iâve read on this.It seems that both sides have put forth their proposals which the other side has rejected. The democrats want to continue at $600 per week plus the $1200 individual payments, with additional food and housing benefits.The Republicans are not wanting to spend another $1 trillion on top of the trillions already allocated, and are not wanting to continue indefinitely with the $600 per week unemployment boost (which became a reward and incentive for many to remain unemployed), and have proposed $300 per week instead; plus monies for small business loans, schools, treatment and vaccines.  Their hope is that states and cities will begin opening their businesses so that people can get back to work and start earning income, since income generates tax revenues, which is how our government funds welfare programs and benefits, etc.