Neal Milner: The Pandemic Is Teaching Us A Lesson About Trust That We Shouldn't Ignore - Honolulu Civil Beat

Neal Milner: The Pandemic Is Teaching Us A Lesson About Trust That We Shouldn't Ignore

Reversing a growing distrust in government and our leaders is going to be hard to do, especially with the next generation. 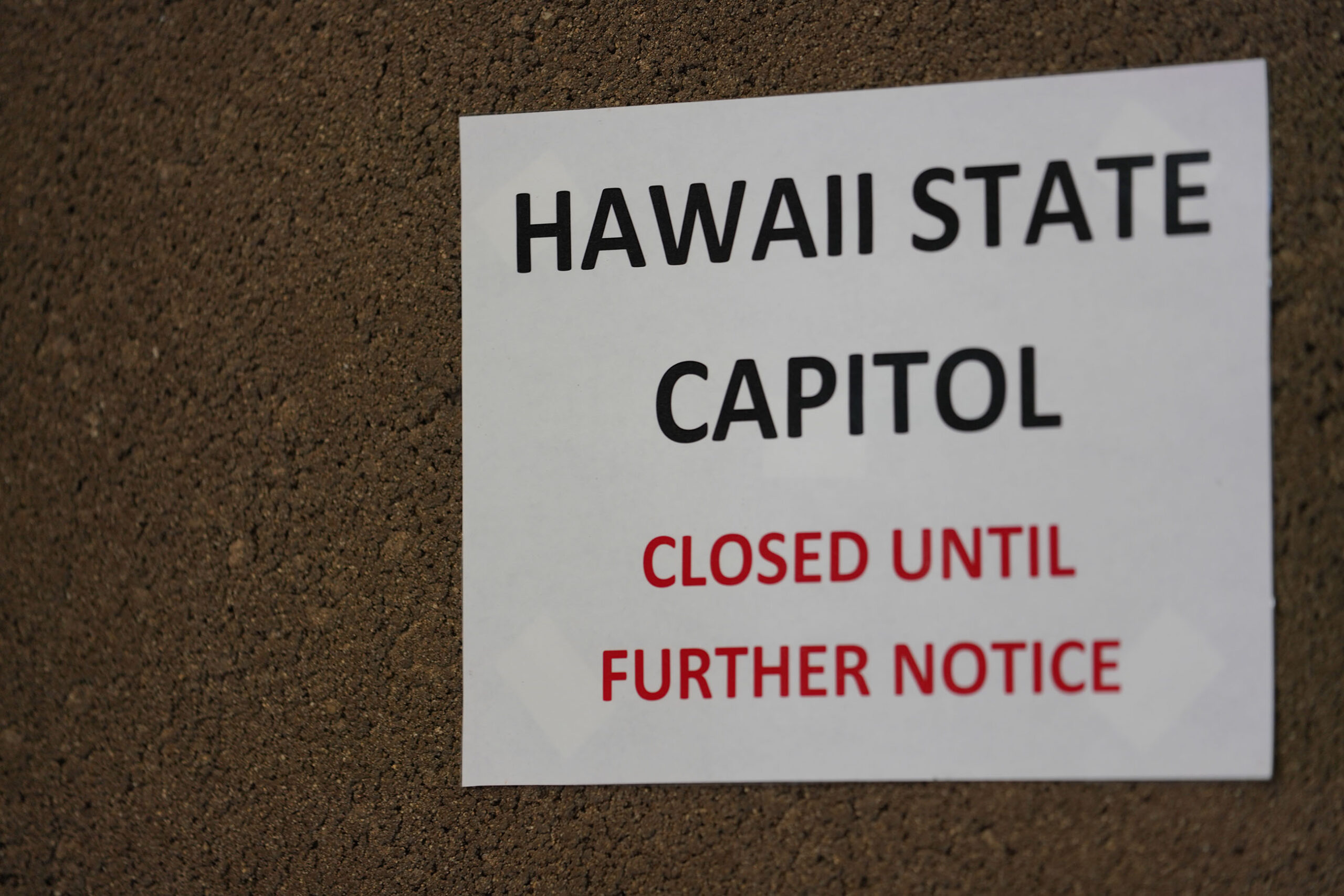 If Hawaii is going to recover from the pandemic, trust in government is key.

I can’t think of a worse time to talk about this. Come on, those losers?

Point taken. As Lee Cataluna puts it in her first column for Civil Beat, there is basically no one to trust.

Yet recovering from the pandemic here is going to require plenty of government activity and plenty of citizen mobilization. Both of those require trust, optimism, a sense of efficacy and a belief that promises get kept and ideas won’t just get adopted but will also be carried out.

It requires overcoming fearfulness with optimism, cynical apathy with mobilization.

Even under normal conditions, that is a challenge because distrusting government is as American as Costco apple pie.

Pandemics reduce trust even more, especially if a government’s response is ineffective. That’s what has happened elsewhere. That’s what is happening here.

People are afraid.  They want to trust government to make their fears go away. But government can’t fulfill their expectations. So, trust in government spirals down even more.

Here is the real kicker, this distrust does not go away. According to a recent worldwide study of pandemics over the past 50 years this level of distrust remains years after the pandemic.

If citizen responses to the coronavirus follow this pandemic pattern, the experience will heighten this distrust in Hawaii for years to come, especially among those between the ages of 18 and 25.

That’s a really big deal because those ages are the impressionable years when people form their basic, long-term political attitudes and values.

These late adolescents and young adults are the very people this state will depend upon as it attempts to restart and rebuild after the coronavirus. Civil society-wise, they are the next in line to step up.

If that’s the case, Hawaii’s post-coronavirus future — what folks optimistically like to call its “transformation” — will face a public that is even more distrustful of government than it is now.

Hawaii is no different.

So, just as we need the spiral of trust to go up, it continues to go down. In Hawaii’s case way down.

Does this seem awesomely pessimistic? You betcha, and don’t bet the house that this dire scenario is wrong.

Can we break the pattern, reverse this momentum? Maybe.

Here are a few possibilities. File them under things we need to do and why the coronavirus pandemic may be different.

All of them require what the science journalist Ed Yong, in his recent, scarily accurate assessment of the U.S. COVID-19 response, calls “radical introspection.”

One, recognize how encompassing the problem is. Yong describes the coronavirus pandemic as “an assault on America’s body … a referendum on the ideas that animate its culture.”

That includes but goes well beyond dealing with stubborn traditional problems like affordable housing, economic diversification, and sustainability.

It means critically reexamining conventional wisdom and the conceits we have about this place, all of them, especially the ones we believe in our hearts to be true.

It is way too early to predict how this mix will play out.

Two, keep in mind that the impressionable 18- to 25-year-old age group today will be the leaders tomorrow. They will set the tone. They are the key group to keep distrust from permanently spiraling. Begin to engage them now.

Three, have realistic discussions about Hawaii’s transformation. In politics realism is often a form of radical introspection.

Transformation too often is a fairy dust term that typically focuses on big ideas and ignores the hard realities of the political processes needed to implement these ideas.

There is plenty of talk of good ideas, but processes to make these ideas happen — not so much.

Reminder: rail was a big, transformative idea. How’s the process working for you?

If government in Hawaii has failed us so often in ordinary times, there is no reason to believe that it will do better in extraordinary times.

Four, consider ways of doing politics that rely less on government and more on coalitions of private citizens, often in neighborhoods.

It requires a grounded sense of what government can and can’t do — when political leaders are useful and when they hinder.

This is far from utopian. It’s called localism and is being done successfully all over the country. (I have written about localism in “The Values of Hawaii, Volume 3,” available in November.)

Five, move toward localism, but also keep in mind the need to change the organizational culture of state agencies. It’s not simply a DOH/virus issue.

Six, choose leaders with skills that match the dire, long-term challenges Hawaii is going to face. Start with the most straightforward. Post-pandemic leaders need to be forthcoming and transparent. (What a commentary that I even have to mention that one.)

Lots of people are going to suffer for a long time. There will be many people who become more vulnerable and afraid — people we’ve never considered vulnerable before.

Your neighbor, for instance. Or yourself.

Fearful citizens are going to feel the need to feel protected and cared for. The last thing we need is a bunch of leaders who seem even more clueless and at sea than the people they were chosen to lead.

That sort of leadership requires empathy rather than bluster, compassion rather than concealment, candor rather than pablum and lies.

The seventh is different. It considers a development that might blunt the COVID-distrust spiral.

At the same time that those key, impressionable young people are going through the spirit-dulling, distrust-creating COVID-19 response, they are also part of the enormous anti-racist Black Lives Matter protests.

These protests  have been massive, broad and multiracial, quite different from what we’ve ever seen before.

In other words, during their most impressionable years, this group of 18 to 25 year olds is encountering not one but two formative events. One dulls political interest while the other enhances it.

A pandemic that creates a long-lasting, resistant sense of distrust is taking place alongside a protest movement driven by the sense that America needs changing, and we can change it.

Leaps of faith alongside a miasma of hardening distrust.

It is way too early to predict how this mix will play out. These protests might renew a faith in politics. If they fail, however, the spiral of distrust might get deeper, faster and more hardened.

A pandemic is a powerful teacher. We may hate the lessons it is teaching us about trust, but we can’t ignore them. They’re going to be on the final exam. 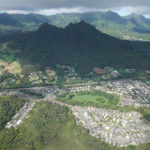 Will Kailua Support A Housing Development In Enchanted Lake?

Hawaii does have its challenges when it comes to leadership in government.  For that matter so does our nation with Trump at the helm.  So who do we trust?  You trust the experts with unquestionable integrity.  Not the politicians.  For example, Trump knew in February how serious and deadly the Coronavirus was, yet he downplayed it to the detriment of over 190,000 Americans who died believing what Trump said was true.  Trust and fate go hand in hand, you cannot have one without the other.  We are in a severe crisis and come November the choices we make will have dire consequences on future generations.  Choose wisely.

I totally like the concept of localism. I was born and raised here and have watched as Hawaii loses it's sense of community, while government gets bigger and more self-serving. Instead of of taking personal responsibility for our own safety and that of friends and family and neighbors, we instead demand that government do something, lock us down, make mask mandates, hand out citations etc. This will not lead to anything good, as in the end, we will have lost more of our freedoms and gained no community or self-sufficiency in the process. Government should work for us. We pay them. Government should not rule us.

My fear is that because civic education in the state is so poor, the current leaders (politicians/government employees) who deserve our trust are/will be thrown into the group that don't deserve it.  Congress, mayor, city council, legislature, executive, judicial... etc are all separate and distinct. People are voting against incumbents because government has failed them during this pandemic.  However, there are those who are calling for transparency and providing actual recommendations for implementation.  Let's not forget who stepped up and who didn't when it comes time to vote.