4 Reasons You Must Vote - And Soon - Honolulu Civil Beat

4 Reasons You Must Vote -- And Soon

There really is no more important election than this one. 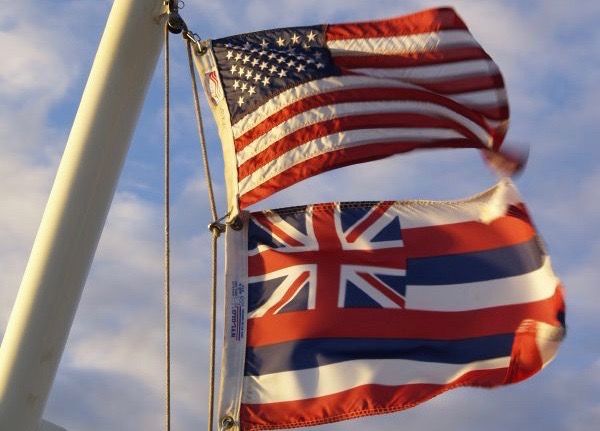 If all goes as planned, according to the Hawaii Office of Elections, most registered voters statewide will have already received a general election ballot by this weekend.

In fact, election officials recommend you return your completed ballot no later than Oct. 27, either by mailing it in (it’s pre-paid) or dropping it at a USPS location, at a ballot drop box or a voting service center.

We can’t directly help you fill out your ballot, of course — that’s illegal — but we can direct you to our user-friendly 2020 General Election Ballot Guide, which includes links to no fewer than 103 candidate Q&As.

And we can offer several very good reasons why you should vote. While it’s a cliche to say that the 2020 election is the most important election in recent U.S. history, the arguments are compelling. Here are four:

It’s About The Pandemic. COVID-19 remains mysterious, persistent and deadly, and it is not going away any time soon. Seven months on, our leaders at the federal, state and county levels continue to struggle to mitigate the coronavirus. It will remain the most pressing issue of our time into the near future and likely beyond.

This election is your chance to choose the leaders you think are best suited to the task — for U.S. president and, here at home, for two U.S. House seats, most of the Legislature, seats on the Office of Hawaiian Affairs board and county councils, the mayors of Hawaii island and the City and County of Honolulu, and the Honolulu prosecutor.

There are also several charter ballot questions for each of the counties, including proposals for term limits.

It’s About The Economy. The pandemic has throughly upended economies across the globe. Here at home, Hawaii has seen all too clearly how the shuttering of tourism has affected nearly every sector of the economy imaginable.

Even if — and it is an if — the state’s plan to begin reopening the visitor industry this week with pre-testing criteria is a success, the most optimistic forecast for a recovery is not until next summer. Many people are already struggling to pay for basic needs like food and housing. State and county governments are looking to make significant budget cuts. And the largest public works project in state history — Honolulu rail — is in limbo.

It’s About Climate Change. Some Americans do not believe humans are contributing to the warming of the globe, or they contend that the warming is simply part of a natural cycle. They are wrong. The evidence is everywhere — in the science and in front of our very eyes, from melting glaciers to super-powered storms to record drought and burning forests.

Here at home, where most of us live near the coast and where most of our essential infrastructure sits, we are particularly vulnerable to rising sea levels.

State and county officials have moved Hawaii toward greater energy self-sufficiency — that’s good. More leaders are proposing and implementing plans to preserve and protect the islands from climate change — that’s good, too.

But a warming planet is an existential threat that requires radical measures and a united world. Who on your ballot is best suited to lead us in that direction?

It’s About Election Integrity. There are some in this country who believe that voting by mail is risky and will result in a fraudulent election. They are wrong, but expect intense scrutiny of the process all across the nation and numerous legal challenges to the results.

It is not a stretch to state that our very democracy is on the line this fall. The world is watching.

Hawaii, which this year became the fifth state to establish a vote-by-mail system, saw virtually no problems during the Aug. 8 primary. Turnout also improved.

In the general election, let’s again demonstrate to the nation that our system is accessible, fair and effective. It starts with you, however. Please vote — and soon. 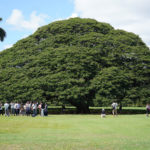 "Itâs About Climate Change. Some Americans do not believe humans are contributing to the warming of the globe, or they contend that the warming is simply part of a natural cycle. They are wrong. The evidence is everywhere â in the science and in front of our very eyes, from melting glaciers to super-powered storms to record drought and burning forests."May I suggest that the CB editorial board members become regular readers of research papers published by Nature in their Scientific Reports section.  The hard science coming in from the field currently doesn't jibe that well with your science sounding statement above.  The research tends to be by dryly written (often by a non-native-English writers) and there is a lot of math to understand but with practice one can follow along.

The editorial board has some good reasons to vote except a few exceptions.  This statement, "There are some in this country who believe that voting by mail is risky and will result in a fraudulent election. They are wrong."  Nearly daily, increasing incidents and arrests for voter fraud is ongoing although not widely reported in the msm.  As for climate change, that's another topic altogether, although I agree we are going through climate change.  The difference is that it is another ongoing cycle earth has gone through for millions of years.  The disagreement is that the cause is man made.   After doing research on existing scientific studies,  there is no definitive proof of cause and effect.  The research disproving the current accepted theories unforunately don't get publicized and researchers whose studies argue against it are intimidated into silence.  Don't take my word for it.   I used to believe the current man made climate warming thesis too, until I did my own due diligence.

I live in Kamuela and receive mail at our post ofc. We have not even received our ballot!  The post master told me it will be put in our P.O. box the day they get it. Has anyone else in Kamuela received a ballot, absentee or otherwise?