In casting Blangiardi as a Trump-surrogate, it's Amemiya who takes a page from the Trump handbook. 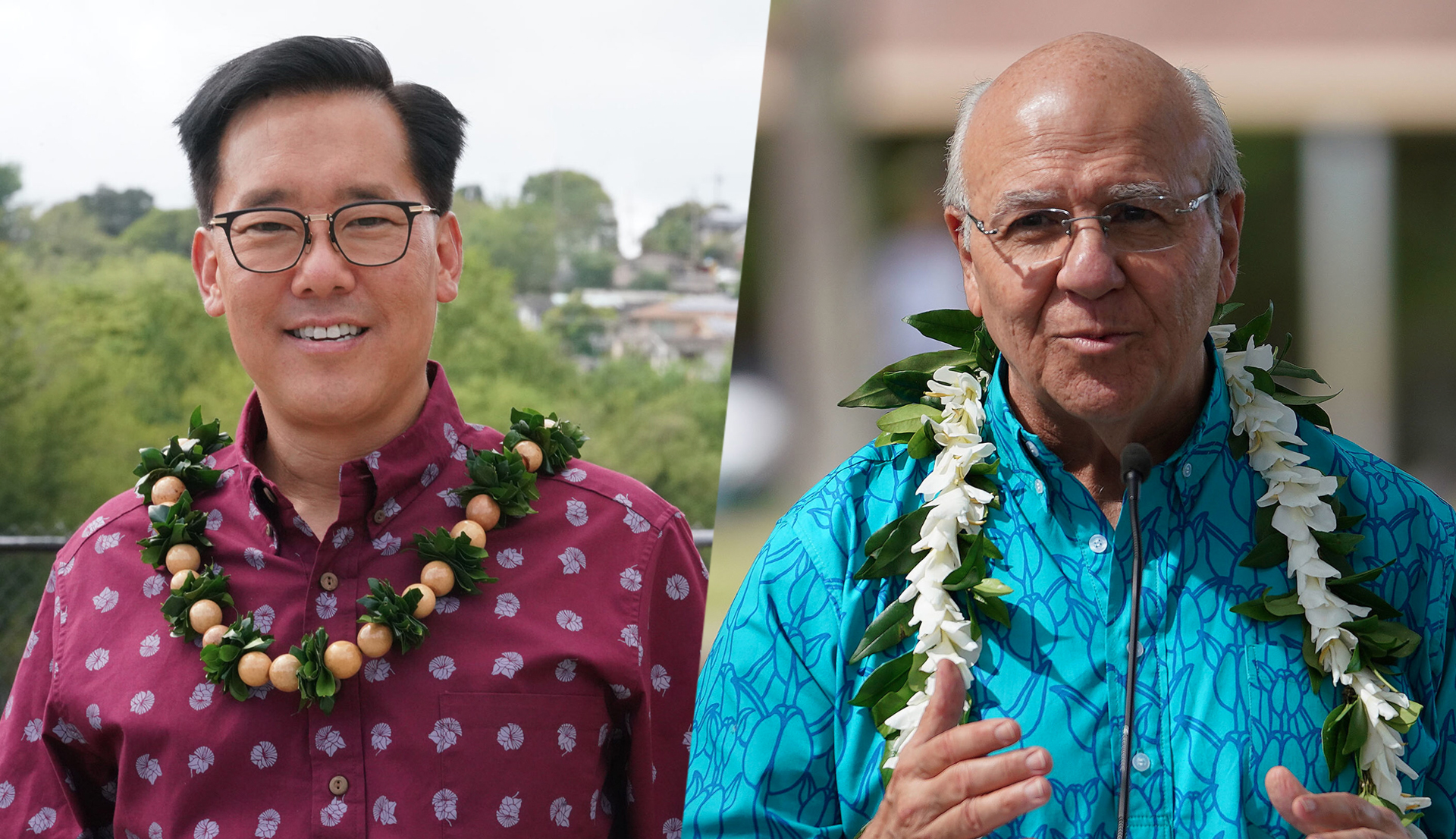 In a mayoral campaign that’s supposed to be an even match between two smart jocks, somebody has to blow a whistle on Keith Amemiya for unsportsmanlike conduct.

In an ad released last week, Amemiya used mere seconds of an hour-long interview his opponent Rick Blangiardi did with Civil Beat’s Christina Jedra and Chad Blair. In that brief clip, Blangiardi answered a question asked by a viewer – a question Blair said he didn’t have to answer – about who he voted for in the 2016 presidential election.

“I did vote for Donald Trump,” he said.

Blangiardi followed up that statement by saying he no longer supports Trump, but Amemiya’s team pounced like they had caught the golden snitch.

The very next day, Amemiya released an ad making it sound like Keith was running against Trump himself for the soul of Hawaii:  “Here, we won’t let hate and division take hold. Our diversity makes us strong. Here, we’ll beat COVID by embracing science and caring about each other. Keith has real plans to get our economy working for all our families. A new generation of leadership to carry on the values that make us special.”

The ad ends with the words, “For mayor, Democrat Keith Amemiya” emphasizing the party label even though the mayor’s race is nonpartisan.

The thing is, Blangiardi’s vote for Trump four years ago isn’t a secret that he tried to hide. Blangiardi outed himself, and then he explained: “Now, but let me just say one thing about Donald Trump. I really had very high hopes, even against my judgment, that maybe what the country needed was that kind of change. I have not been, I could not even express — there’s probably a lot of Republicans maybe listening in — my disappointment in his leadership style, his antics and everything else. So that’s not going to happen again.”

Blangiardi also said he had voted for David Ige for governor in 2018, had supported Linda Lingle, but was not a Republican. He did not say he was voting for Biden in this election, only that he wasn’t voting for Trump.

Now they’re just more bitter political rivals whose campaigns are disappointingly short on fresh ideas and long on complaints about the other side’s dirty tricks.

It’s not the first time Amemiya’s team has tried to frame the campaign as Keith against a Trump surrogate in this deeply blue state. In September, the campaign released an ad that included the now-famous 2015 video of Trump coming down the golden escalator to announce his presidential campaign, paired with these words: “A media mogul with no plans, saying he’ll just hire the right people, and that running government is easy — we’ve seen it before.”

It’s also not the first time that his advertising strategy has gone beyond typical TV ads featuring keiki, kupuna and construction workers.

This column is not an endorsement, nor a hit piece. It’s not really about Amemiya at all. In person, he’s the nicest guy – quick-witted, well-informed, high-energy and empathetic. It’s a shame a candidate like Amemiya, with so much going for him, would indulge in such ugly fear-mongering about his opponent and burn book-style campaigning.

The guy making accusations about ties to Trump is being pretty Trumpy himself. Amemiya doesn’t need to go there, but he went there. He’s stopped by several times.

This is about a mayoral race on a small island in the Pacific, and how the stench of national politics and partisanship has wafted clear across the ocean to foul up what should be a thoughtful discussion about potholes and park bathrooms, policing and paying for rail.

The 2020 mayoral race started out with a fleet of credible contenders, including a couple of talented newcomers, Amemiya and Blangiardi. Now they’re just more bitter political rivals whose campaigns are disappointingly short on fresh ideas and long on complaints about the other side’s dirty tricks.

In a debate last week on KHON2, Blangiardi hit back.

“Keith, you’ve talked a lot about your career in high school athletics. This is important work, and we all know the significant life lessons that young people learn through athletics, such as good sportsmanship, fairness and ethics. However, you’ve resorted to lies and personal attacks as your primary campaign strategy. How can you defend this approach to young people?”

Amemiya literally said he didn’t know what Blangiardi was talking about, and claimed it was actually he who was a victim of smears, saying, “So again, don’t throw stones at a glass house.”

(Yes. That’s what he said. But you know what he meant.)

Blangiardi claimed that Amemiya had at first proposed a “truce” between the two candidates and that they had agreed to maintain civility.

If there really was a truce or a pact or a pinky-swear, it is long gone. It might benefit Amemiya, who is trailing in the polls, to live up to his good-guy image, because there is the palpable sense in the community that everyone is sick of name-calling and mud-slinging, and in this case it sure looks like he started it. 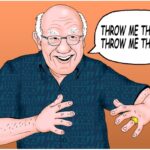 He got conned by such a shockingly obvious con man.  How can anyone vote for someone so easily fooled?  The mind boggles.

Umm...if he voted for Trump that's disqualifying as a potential leader showing MASSIVE poor judgement! Why shouldn't Amemiya point out that poor judgment so voters can judge for themselves. Why is Blangiardi hiding his vote for Trump. Lay out all the cards and let voters decide!

Pitiful of Amemiya and he paints himself the clown in the race for mayor.  Personally, I will vote for the candidate that at least appears to be less entrenched in the same old, status quo political quagmire that has left this state last in nearly all economic measurements.  As for Amemiya labeling himself a democrat, that has to be the biggest embarrassment because they have been the majority party since  statehood and are 100% responsible for our sad economic and social state of affairs.  They have catered to the unions so much that not only is our entire state and city run by unions they have held the rest of us hostage to their needs over the publics and nearly everyone you see sitting in city hall and the capital is under their thumb.  Amemiya would like to continue that traditional rule and so please let us all know that you like the way things are going and want to keep it moving in the same downward spiral.  As for myself, I'm voting the opposite and I appreciate you letting me know who you really are.