From Lanai, A Plea For Greater Transparency About The Pandemic - Honolulu Civil Beat

From Lanai, A Plea For Greater Transparency About The Pandemic

Lanai lacks local leadership that could and should be responsible for keeping island residents informed in times of crisis. 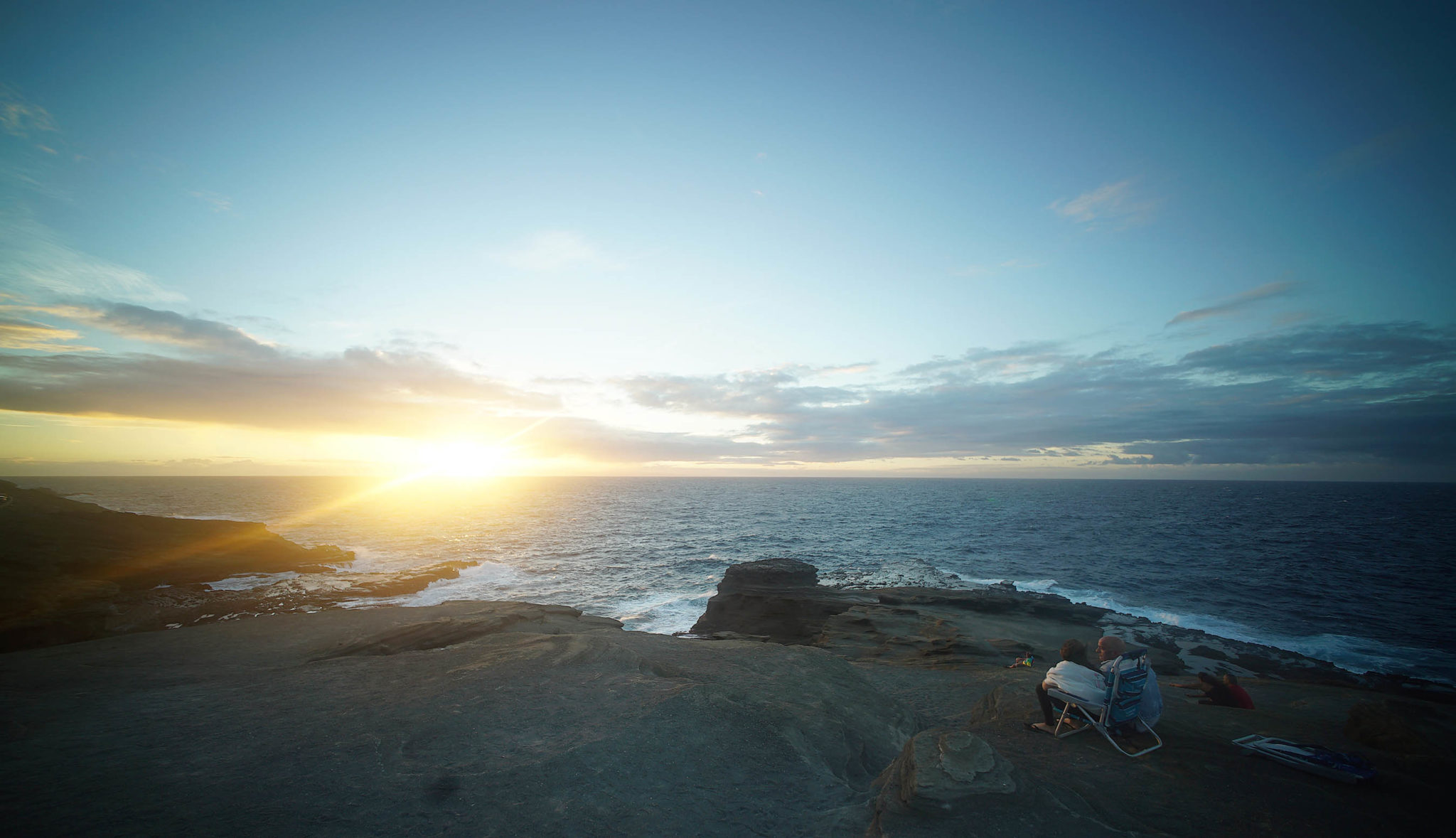 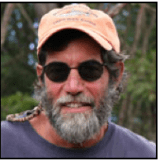 Robin Kaye is a longtime Lanai resident and energy activist and chairman of the Friends of Lanai. He is the author of Lanai Folks.

We’ve always known Lanai is an extraordinarily special place to live. And until  recently, it’s felt like the safest place to live.

In spite of being COVID-19 free for nine months, from the beginning of this dreadful pandemic, we’ve been respectful of the government’s safety regulations (despite their inconsistency and frequent changes). Mask-wearing, 6-foot separations, small group gatherings — you name the regulation and we, for the most part, have obeyed.

We stood in line when only 10 people at a time could enter the grocery store. We waited in lines outside the increasingly busy post office. We washed our hands and didn’t hug anyone.

And then, two short weeks ago, the virus snuck in. Three, then four confirmed COVID-19 positives. The next day, 13 more. And, as I write this, there are over 100.

How did this happen? We did everything asked of us, almost to the letter. Is it impossible to stay so “free” of a plague that continues to infect the rest of the planet? Maybe.

But opening our island up to untested travelers between the islands of Maui County didn’t help. In fact, it’s highly probable that one of the four initial “positives” traveled to Maui, came back to Lanai and brought COVID-19 into our midst. No way that should have been allowed, not with this virus still strong on other islands.

The other initial three cases? We speculate with a fair degree of certainty that one person came back from Oahu, didn’t quarantine and passed it on to his/her family and friends —  thus the quick expansion to what is today over 103 confirmed positives, with children fully one third of those.

Where were the failures? Aside from  opening up the no-quarantine, no-pre-test interisland travel in  Maui County, there’s the absence of any serious, real enforcement of the quarantine mandate. We experienced this personally: My wife came back to Lanai from the mainland and immediately went into quarantine. And every day, she received an email from the state, asking if she was still quarantining. How easy to say yes. How easy to actually be somewhere else.

And our two entry points — the Manele small boat harbor and the airport — were like sieves. It’s never been clear whether anyone actually checked private planes flying in directly from the mainland, despite the presence of Hawaii National Guard men and women standing outside the main terminals, armed with a thermometer. And little-to-no follow up on-island of those who were to quarantine or any clear understanding of whose responsibility it was to do this.

But perhaps the most significant failure on this small island where many of us knew the names of the four initial “positives” less than 24 hours after the news broke (in the press) was the absence of community information and direction or even any assurance that there was a plan in place.

Lack Of Focused Leadership On Lanai

It points to one of Lanai’s historic major challenges — we have no leader. We have a mayor whose primary focus is Maui island and Maui County, who comes here maybe once or at most twice a year (more during election season). Who has, as his “Lanai Liaison,” a previous resident with family ties to Lanai — but who now lives full-time on Maui.

We have two elected legislative leaders who are also absent from day-to-day life on Lanai. And our County Council member lives for the most part on Maui as well.

So we have no one actually living on Lanai that we can all look to as a trusted source of current information, that we can run into at the post office or grocery store and ask, “What’s happening???”  This has proven to be a significant and critical deficiency — especially during a pandemic.

The majority landowner and his management company work hard at keeping us — including hotel workers — safe from the contractors and tourists they bring to Lanai. The company’s generosity and thoughtfulness have been invaluable.

Keeping employees on the payroll while not working — for three months — was  truly generous. Bringing in COVID-19 testing equipment and resources was one more generous demonstration of compassion.

But the overall health of Lanai’s residents, while it certainly is important to them, is not primarily their responsibility, it’s the government’s responsibility. Or the community’s responsibility. And that’s the problem — there isn’t a clear answer as to who speaks for – or should be speaking to —  Lanai’s community.

Information sharing is critical during a health and safety emergency. Knowing there’s a plan for the community response to this pandemic is crucial.

The lead agency for coordinating Lanai’s preparedness for this pandemic is the Maui Police Department’s Emergency Operations Center. The EOC gets activated when there is an “emergency,” as determined by either the state (through the governor’s declarations) or the county (via a similar declaration from the mayor), and is then supposed to manage, as its name implies, operations during events such as hurricanes, brush fires, airplane crashes, floods, etc.

It’s highly unlikely that it was ever intended or trained to handle a pandemic. To Lanai’s EOC’s credit, once activated, it invited many of our community’s health care providers to participate in its work, but its real failure has been the EOC’s absence of communication with the residents of Lanai.

The MPD officers who live and work here have done an outstanding job during this pandemic. They’ve been visible at the weekly produce giveaways. They were actively involved in all three weekend community-wide testing events. They established a system to ensure grocery, mail and medicines are delivered to those in quarantine. They have encouraged more testing, cautioned residents to wear their masks and have generally been more visible in the community.

But when we’ve asked the EOC for more transparency, for information about what’s happening here related to the pandemic, about what plans are in place, the answer has been mostly silence, which, under the MPD’s interpretation of EOC communication policies, is a “need-to-know” approach. This is not due to any officers’ reticence but rather to MPD policy — a policy better suited for other emergencies, NOT for a pandemic response.

Timely information is key to community safety. Rumors have a way of gaining traction here. Transparency can deflect those before they grow legs.

For months, when Lanai was still COVID-free, the EOC told me that we could not be informed of the plans in place for how our community would deal with a COVID-positive arrival. I was told that the health care providers, first responders and others officially on the EOC would be aware of the plans but that even some of them would be asked to leave the room when more “sensitive” issues arose.

While HIPAA is always cited as the barrier to information sharing, no one here is seeking to evade privacy concerns and HIPAA should not be an insurmountable barrier to reassuring our residents. Timely information is key to community safety. Rumors have a way of gaining traction here. Transparency can deflect those before they grow legs.

It wasn’t until Sen. Kalani English and Rep. Lynn DeCoite (with intermittent participation from Mayor Mike Victorino) hosted the first of two virtual community meetings on Oct. 21 that the community got any solid information on what the pandemic’s invasion of Lanai actually looked like and what was being done to protect the island.

Was our community interested? Over 300 people signed on to that first Zoom meeting along with over 150 more on Facebook Live. (And over 450 participated in a second virtual meeting, held a few days later.)  That’s over 15% of the island’s total population.

And it was terrific. Information was provided by Lanai’s three primary health care leaders. Facts were presented. Scientists and doctors told us about their plans for community testing. Questions were answered, like how to know that if an unknown number showed up on a phone it was indeed a contact tracer.

Prior to that, our COVID-related information came not from the EOC but most often from the media. Learning about your community via television isn’t exactly a good example of community involvement and communication. I asked Lt. Audra Sellers, public information officer for the MPD, about this communication issue, and she acknowledged that “communication can always be improved and that we’ll convene a group and talk.”

I know we’ll get through this, but it sure would be easier and way less stressful if we knew what was going on. 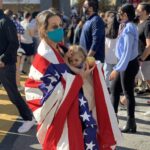 Danny De Gracia: We Have Another Chance To Build Harmony And Freedom

Robin Kaye is a longtime Lanai resident and energy activist and chairman of the Friends of Lanai. He is the author of Lanai Folks.

I think your Lanai experience is somewhat representative of what all islands are going thru, more or less.  The state plan lacks cohesiveness, and seems fairly diffuse and ever changing due to the top down decisions made by the governor, with powers bequeathed upon each county mayor, each school principal, etc.

Mahalo, Robin. I appreciate this well-written piece, explaining what youâre going through over there on Lanai. Iâm wishing you had political leaders who reached out to all of you long before October. Hopefully, going forward, theyâll communicate better. Best wishes.

Again, Hawaii is the only state (1 of 50) that has no enabling legislation for a town, village, or borough to incorporate as a municipality and govern itself. This kind of plaintive wail is repeated all over Hawaii...."why don't we get information?" Or "why if our community is against project 'X' do they build it anyway? (witness Kahuku windmills).  The reason is:  you have no power and they don't have to tell you nor must they heed you.