Danny De Gracia: Don't Let The Virus Cause Us To Forget This Day Of Infamy - Honolulu Civil Beat

Danny De Gracia: Don't Let The Virus Cause Us To Forget This Day Of Infamy

One of the things that COVID-19 restrictions should not stop is our study of history and our commemoration of the past. 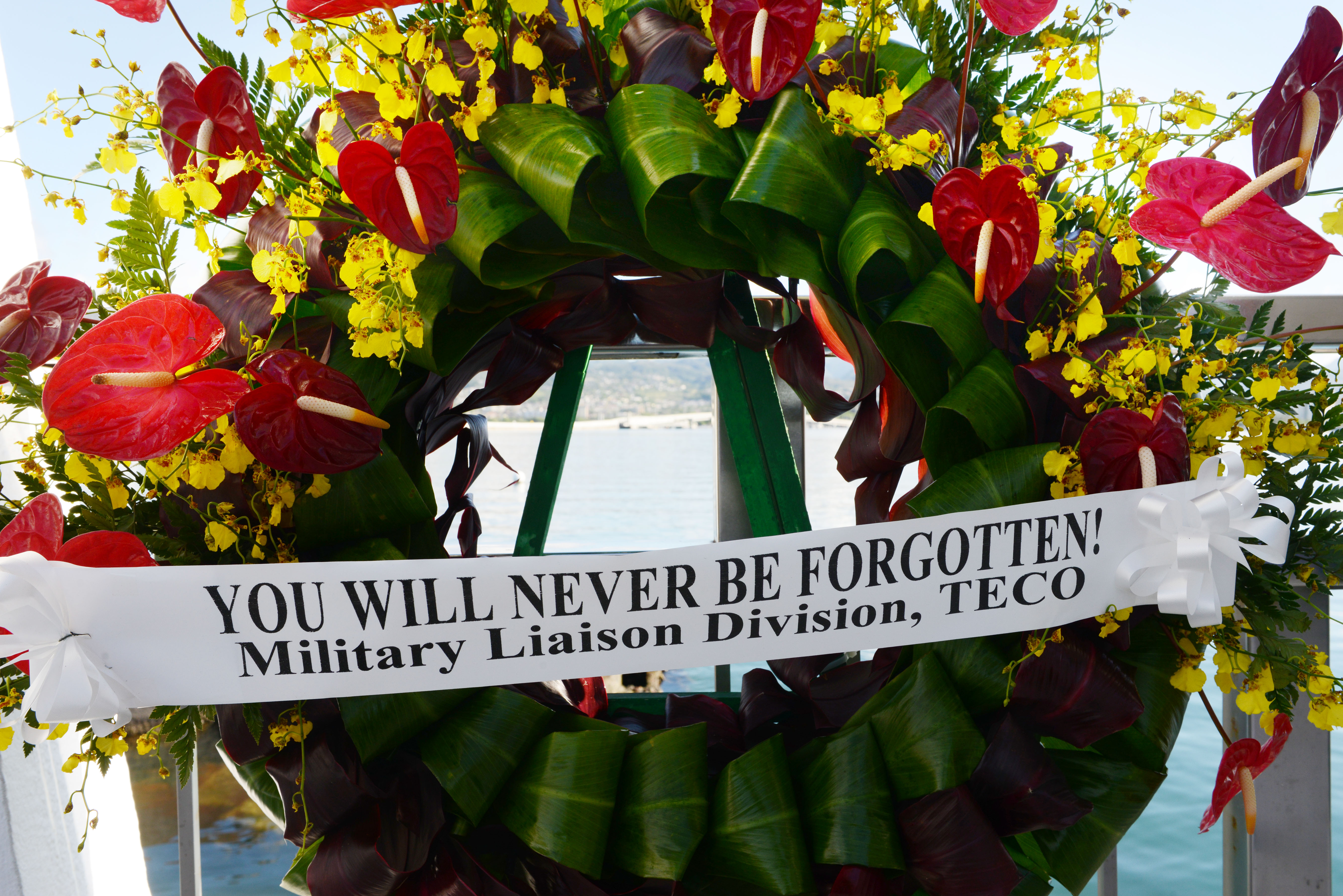 For 79 years, Hawaii residents have commemorated Dec. 7 as one of the most important moments in our state’s history.

The Imperial Japanese attacks on Oahu not only propelled the United States into World War II, but revealed Hawaii as one of the most important locations in the Pacific Ocean, setting in motion a chain of events that would ultimately lead to statehood for the islands.

This year, COVID-19 has hampered our ability to meet or gather in person. Remembrance Day will be held all-virtually on Monday, starting at 7:45 a.m. on Facebook and streaming on the web at 8 a.m. A number of other documentaries and commemorative videos are also available online for download.

That Monday’s commemorations will be online make it no less important and deserving of our attention or participation, especially in times like these.

For decades, survivors of the attacks from both sides have gathered to share their stories with younger generations, and to remember, now as friends, the fallen and honored dead. The Arizona Memorial’s aesthetics were built to remind visitors of America’s lowest moments of defeat, followed by the triumph of victory, and even today in a pandemic, this hallowed location serves as an inspiration for what is possible when a nation comes together to overcome all odds.

Although the Remembrance Day events can only be viewed online by the public, later at 12:30 p.m. the memorial parking lots will open to the public, and at 1 p.m., the visitor center will be open for in-person tours. Definitely make it a point to visit the Arizona Memorial and other Oahu historical sites, and bring a keiki with you, if you are able, to educate them about history, war and peace.

I first visited the Arizona Memorial as a young boy on Dec. 7, 1984. Like so many other Filipino immigrants, my grandparents were present during the air raids on Oahu, and had witnessed the devastation that occurred not only at Pearl Harbor, but from the short-falling anti-aircraft artillery that rained down on the surrounding areas.

The USS Arizona Memorial at Pearl Harbor is a main focus of attention on Remembrance Day.

My father, who would not be born until after the war, served in the Cold War-era Air Force as an officer and wanted me to develop a deep appreciation for history and the sacrifices of others. Taking me to the Arizona Memorial as a 5-year-old was one of many impromptu lessons my father would bring to me growing up, and it was an eye-opening event that I never forgot.

Today’s memorial has been modernized and features much more exhibits than it did in the early ’80s. One of the exhibits that I find most moving is a commemorative plaque there for the late Ensign Francis Charles Flaherty, a young sailor stationed aboard the USS Oklahoma when Japanese fighters began dropping bombs and torpedoes on the U.S. fleet below.

Trapped in a gun turret as the Oklahoma lost power and was capsizing, Flaherty removed his service-issued flashlight and turned it on, refusing to leave his post as he pointed the way out for his enlisted men to safely escape.

Today, make it a point to participate in this virtual commemoration by watching the broadcast, reading up on history, and if you are a parent or educator, talking to keiki about the events of the Day of Infamy.

Perishing in the cold, darkened compartment, Flaherty would later be awarded the Medal of Honor. Since the day I first learned of him from visiting the memorial, Flaherty’s story has always challenged me to believe that every single one of us in Hawaii has a responsibility to the people around us. For those in Hawaii government, one must have the courage to hold a light for others, providing a means forward, even it means making the ultimate sacrifice.

There are many other stories of heroes and exhibits from not only that Day of Infamy but the rest of the Pacific War at the memorial and the surrounding historical sites. These are precisely the kinds of artifacts which must be preserved both in form and in our hearts, because beyond the national flags and the politics of their time, they serve today as instruments of education. I have always believed that by studying the past and experiencing the artifacts of the past, we can learn to recognize patterns and do better both now and in our future.

One of the things that COVID-19 restrictions should not stop is our study of history and our commemoration of the past. Today, make it a point to participate in this virtual commemoration by watching the broadcast, reading up on history, and if you are a parent or educator, talking to keiki about the events of the Day of Infamy.

Moving forward, one thing that I hope future Remembrance Days may include is for the Navy to permit civilians and tourists to visit the “forgotten battleship” of the USS Utah, which is presently located on a secured, off-limits portion of Ford Island. Many locals are familiar with the sinking of the USS Arizona, but few have ever had the chance, apart from military and dependents, to go on Ford Island and see the lesser-known Utah remains.

President Franklin D. Roosevelt, in his speech before Congress after the attacks on Oahu would say, “There is no blinking at the fact that our people, our territory, and our interests are in grave danger. With confidence in our armed forces with the unbounding determination of our people, we will gain the inevitable triumph, so help us, God.”

Learn from those words. As we face new threats and struggles in 2020, I encourage all of you to participate in Remembrance Day, to visit the Arizona Memorial, and to see, once more, that for our people, nothing is impossible when we come together. 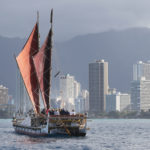 The Latest Cuts In Education Fail Hawaiians — And All Of Us

In response to CATipton,Sorry, the newspaper should have had a headline TODAY (in my opinion).Today is December 7 after all.

What can we learn from the Pearl Harbor attack? In the 30's Japan was aspiring to be a modern industrial power. They needed raw materials and invaded Manchuria and were expanding into French Indochina for oil.To stop Japan's ambitions the US forced banks to cut off capital to Japan. The US then launched embargoes on industrial necessities of oil and iron. In 1941, the US froze all Japanese assets. The Japanese were provoked by the US to take action if they were to achieve their goal of being a modern nation.Today, this pattern is being repeated with China. US has placed economic sanctions and tariffs on China in an effort to squelch their economic expansion. The economic war being waged by the US is accompanied with saber rattling while China possesses hyper-sonic weapons. Once again the US is being arrogantly belligerent to solve what it perceives as a problem, and that is China's economic ascendancy. Unless the US wants a nuclear tragedy to prove it's top dog, then it better find another way to deal with China's success that US corporations enabled.

Re: Danny De Gracia: Don't Let The Virus Cause Us To Forget This Day Of InfamyFranklin D. Roosevelt declared that December 7, 1941, the day that the Japanese attacked Pearl Harbor, would remain "a date which will live in infamy."On February 19, 1942 President Roosevelt signed Executive Order 9066 to forcibly relocate and imprison 120,000 Japanese-Americans for the sole âcrimeâ of their Japanese ancestry.I believe both days will remain a date which will live in infamy