Kevin Knodell reported on the military and veterans in Hawaii and the greater Pacific for Civil Beat as a corps member for Report For America, a national nonprofit that places journalists in local news rooms to cover underreported topics. He left the news organization in October 2021. Report for America Corps members also undertake public service projects that help community members tell their own stories, Kevin worked with local students and volunteered at McKinley High School.

Kevin has worked for small town newspapers, national magazines and digital media startups. As a freelance journalist he has reported from the field on Northeast Syria’s Rojava Revolution, reported on wildfires in the Pacific Northwest, explored Iraqi Kurdistan’s night life and interviewed Navy SEALs, revolutionaries, mercenaries, pole dancers and politicians.

His writing and photography have appeared at Playboy, The Daily Beast, Vice, The Nib, Crosscut and others. As a contributing editor for the digital conflict news collective War is Boring he spent as a year as the coordinator for Iraq and Syria field coverage during the Yazidi Genocide and worked with the investigative news team.

Kevin’s most recent assignment before joining Civil Beat was as a correspondent for Coffee or Die Magazine in Iraq and Syria where he covered the consequences of the Turkish invasion of Northeast Syria in the fall of 2019, confrontations between U.S. troops and Iranian-backed militias and how the spread of COVID-19 has complicated both the political and humanitarian situation in the region. He received the 2021 Military Reporters & Editors Association Award for best overseas coverage for his work in Kirkuk.

He’s also the co-author of Machete Squad and The ‘Stan from Dead Reckoning Graphic Novels, was one of the lead writers of the War is Boring: True War Comics series and wrote the Acts of Valor comic series for the magazine Naval History with cartoonist Kelly Swann from 2017-2019.

Kevin has also worked as a comic shop clerk, a paint delivery driver, security guard, event photographer and done various other odd jobs for rent and beer money. He was born and raised in Portland, Oregon and studied history and communications at Pacific Lutheran University in Tacoma, Washington. In his free time he is a mediocre illustrator and okay photographer. 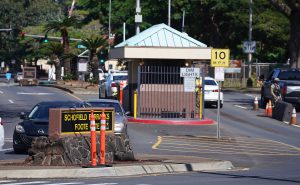 The initiative is set to begin in 2022 after a series of military investigations and legislation calling for sweeping reforms. 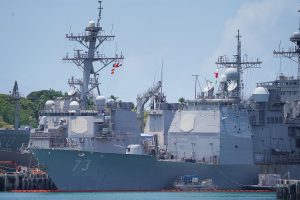 The Navy Vs. Marine Mammals: How Often Do Ship Strikes Happen?

The Navy hires biologists and oceanographers to assess and document its environmental impact, but many of those impacts remain unknown. 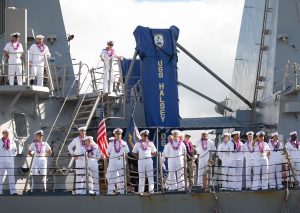 The USS Halsey returned to its homeport Monday after operations in the Arabian Gulf supporting the withdrawal from Afghanistan and in the South China Sea. 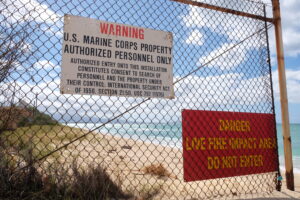 West Oahu residents and lawmakers have expressed concern about the military’s approach to outreach and facilities planning in their communities. 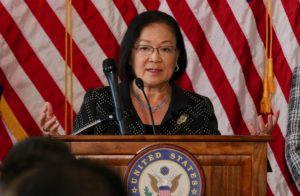 Hirono Lobbies For Missile Defense Radar During Hearing On Afghanistan

The Hawaii Democrat said the Biden administration’s budget doesn’t reflect its promises to shift focus to the Pacific after ending America’s longest war. 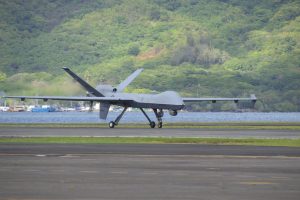 After two decades of secretive drone operations in the Middle East and Africa, the military wants to use drones as scouts in the Pacific. 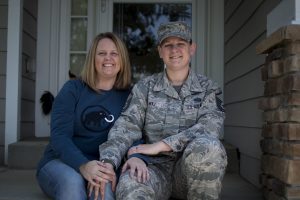 LGBTQ Veterans Would Get Honorable Discharge Status Under New Bill

It was reintroduced by Hawaii’s Democratic Sen. Brian Schatz on the 10th anniversary of the repeal of the “don’t ask, don’t tell” policy. 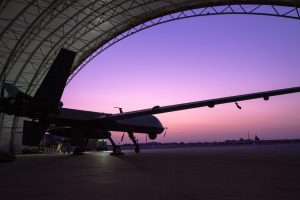 The exercise runs through Oct. 8, but the Marines are preparing for the eventual permanent stationing of the remote weapon system on Oahu. 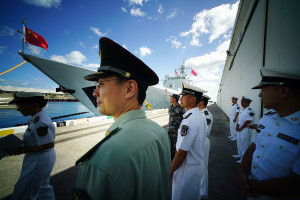 Chinese and Russian ships have moved closer to America’s Pacific territories amid increasing tension in the region. 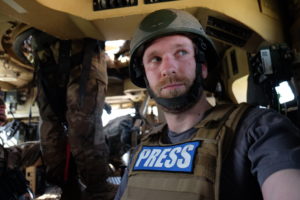